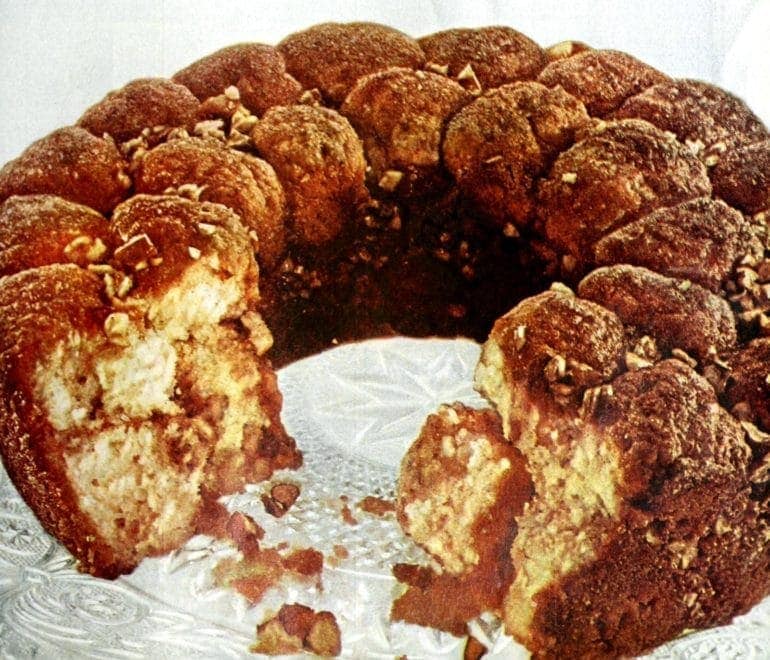 Monkey bread is one of The Things in Hollywood and Beverly Hills right now. If you haven’t heard of it, bought it (like at the Farmer’s Market), eaten, made or served Monkey Bread within the last two weeks, you are definitely not in the gastronomical swim.

What is it? Where did it come from? How did it get the name? To each of these questions, there are several answers.

Basically, Monkey Bread is made up of 2 or 3 layers of small light rolls or biscuits, each section slathered with butter and then packed together and baked in an angel cake pan, a ring mold. or a bread pan.

It’s always served warm in the loaf, which is happily pulled apart at the table and eaten in fragrant, steamy, hot little hunks with more butter!

Originally the idea came, some say, from Louisiana. Not at all, others shriek, Tennessee! “[Silent movie actress] Zasu Pitts brought it back after a visit to friends in Nashville!”

As for the name, “It’s eaten as a monkey might!” That’s one explanation.

More widely-accepted is the theory that it was dubbed originally Monkeying-Around Bread. “Because monkeying-around is what it takes.” So says Ken Johnson, who is by day a post office official; at night, a dinner party caterer for the movie mogul set.

The Monkey Bread which he and his partner, Mary Louise Gresham, provided for a lavish dinner party was an airy ring, homemade of a yeast dough, light as brioche.

But when pressed for time, which is often, they make Monkey Bread from brown-and-serve rolls or ready-to-bake refrigerated biscuits.

Provide yourself with 24 brown-and-serve buns or refrigerated ready-to-bake biscuits. Cloverleaf rolls are particularly good, but other shapes will do. Do not choose crusty rolls.

Break or cut each bun into 3 or pieces. Slather the inside of a ring mold or angel cake pan with softened butter. Roll each piece of bun into very soft or melted butter, covering all the surfaces.

Fit pieces closely and neatly together, lining the pan on the bottom, then making several layers. There should not be any holes between the pieces. Fit them as if you were building a stone wall.

Follow the recipe above for pull-apart monkey bread, but after rolling the pieces in butter, sprinkle heavily or roll in brown sugar (light or dark) and, if desired, in crushed corn flakes. Sprinkle top with sugar, cinnamon, and corn flakes.

“What a treat for your bunch at Easter brunch — or any time! Try this light-hearted, melting good chatterbox coffee cake, and taste the delicious new flavor and appetizing new texture Karo [oran syrup] adds to food.” 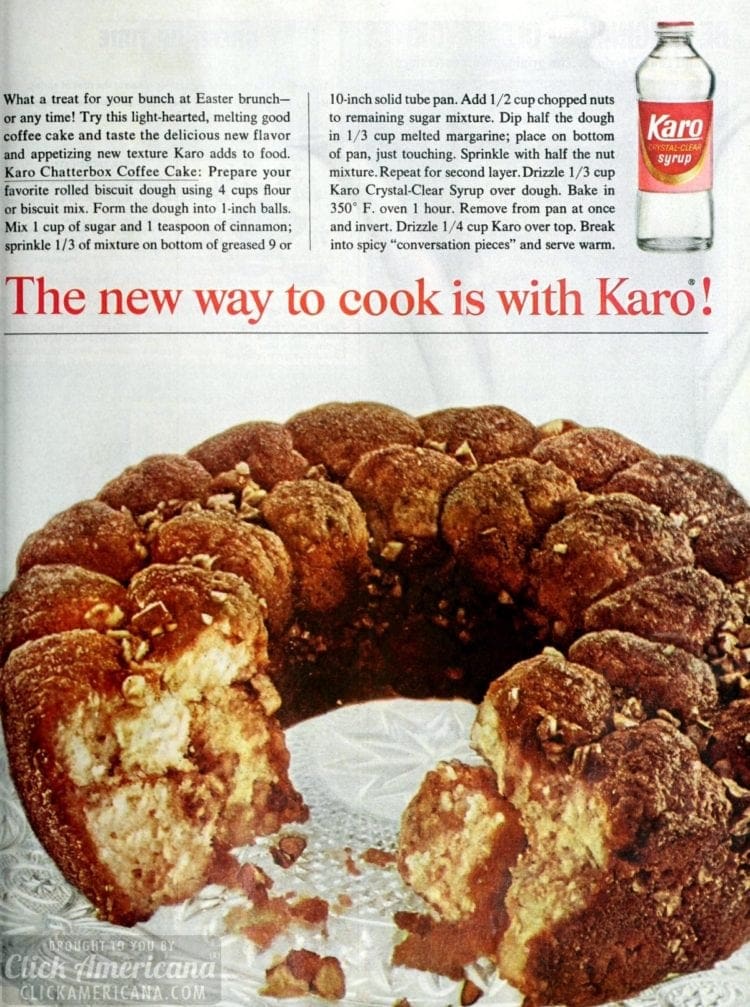 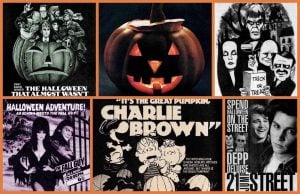 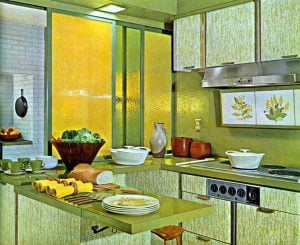 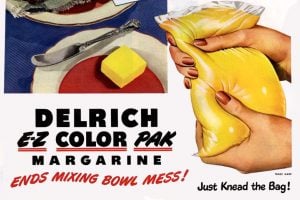