The vintage Halloween costumes we show you here, made by companies like Collegeville and Ben Cooper, were all the rage in the ’70s.

The manufacturers based the designs on popular characters at the time — on this page, we’re talking TV stars like Lynda Carter’s Wonder Woman, Paul Michael Glaser and David Soul as Starsky and Hutch, cartoon characters like Bullwinkle — and even the canine star of stage and screen, the loveable mutt, Benji.

Seems like nice, wholesome fun, right? But the Shadow knows that when you see the make-believe next to their real-life inspiration, you’ll see why the kids dressed up as these ’70s TV stars were actually scary.

The costume makers clearly spent several whole minutes on the artistry, before mass-producing plastic clothing and masks that harried parents could pick up at the drugstore or supermarket. Because they knew that spending a few bucks was a lot easier than sewing a custom costume… and besides, kids thought the lousy store-bought versions were super cool. Especially the ones featuring superheroes.

The costume/mask combinations were considered to be so cool, in fact, that even Jerry Seinfeld wore ’em… and years later, worked them into one of his best-known standup shows:

“I was thinking that this is probably the same exact costume that Superman wears himself. When you put these things on, it’s not exactly the super-fit that you are hoping for. It looks more like Superman’s pajamas, that’s what it looks like.” – From Jerry Seinfeld Live on Broadway: I’m Telling You for the Last Time

If you aren’t too creeped out by these unintentionally terrible ’70s costumes, you can watch the whole Seinfeld clip at the end of this page.

In 1977, we imagine people around the country reported thousands of sightings of Starsky and Hutch, because these masks were so incredibly lifelike. I mean, can you say with certainty that’s not David Soul on the far right?

Benji? Is that really you? Can’t be. You’re so cute, and the Benji here is the stuff of nightmares. That’s ruff.

Poor George Kennedy. In 1967, he played opposite Paul Newman in “Cool Hand Luke,” and won the Academy Award for Best Supporting Actor. A decade later, he was starring in “The Blue Knight” as a guy with the unfortunate name of Bumper Morgan.

As if that character name wasn’t bad enough, soon there was a Halloween mask being sold nationwide that was supposedly made in Kennedy’s image. The problem is that the mask looked less like him as a cop, and more like the face on one of your grandma’s creepy antique dolls. See?

We’re not sure which gal from Charlie’s Angels is supposed to be represented here, so here are all three of the original angels as of 1976-1977.

One thing for sure: the mask doesn’t look like any of them.

And now, here’s something we hope you’ll really like!

Yes, we understand that it’s hard to translate a face that long — and antlers that wide — to a kids’ Halloween costume. And if there was ever any question as to the difficulty of such an endeavor, this outfit makes it very, very clear.

ALSO SEE  Stitch or treat: Some vintage Halloween costume patterns that you could sew back in the seventies

Wonder Woman’s Halloween costume from the ’70s makes us wonder

There is no way that anyone actually believed this costume resembled Wonder Woman, as played by the phenomenally gorgeous Lynda Carter. Sure, the plastic T-shirt in place of the bustier was a clever touch, but the real dealbreaker was obvious: Wonder Woman didn’t wear pants like this.

But that’s okay, because there’s no good reason for a little girl to have have been out in public (especially on a cold night) in the outfit Diana Prince’s alter ego wore.

Holmes & Yoyo was a very short-lived police comedy TV show that ran in 1976-1977 for 13 episodes. This costume and mask depicted the android Yoyo, played by John Schuck. When it came to designing the show’s human/computer interface, looks like they decided to tape a couple calculators to his chest and call it good.

And on this old Halloween costume? Well, the calculators looked decent enough, and they got John’s eyebrows close.

Eh, forget it. We’re just going to call this one a really strange Tony Curtis costume.

If Angie Dickinson — the lead actress in the Police Woman TV series, who played Sergeant “Pepper” Anderson — actually looked like this mask, her TV career would have ended before it ever began. But the dress, though. They got that part totally right.

Old-school costumes you could buy

Years after his 76-episode run on Mission: Impossible, Martin Landau caught the role of Commander John Koenig in the sci-fi TV show Space: 1999.

This gorgeous woman — Maya from Space 1999, played by Catherine Schell — is so poorly portrayed by this vintage Halloween costume, she probably could have filed a defamation of character lawsuit. (Note: I’m not a lawyer, nor did she play one on TV. She was a science officer.)

“So I’m going out trick-or-treating, but the mask’s rubber band keeps breaking and keeps getting shorter. I’m fixing it, it’s getting tighter and tighter on my face. You know, when it starts slicing into your eyeballs there and you’re trying to breathe through that little hole… getting all sweaty. ‘I can’t see, I can’t breathe, but we gotta keep going, we gotta get the candy.'”  – From Jerry Seinfeld Live on Broadway: I’m Telling You for the Last Time 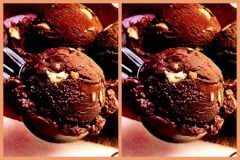 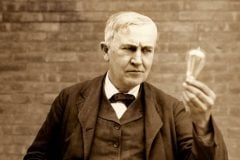 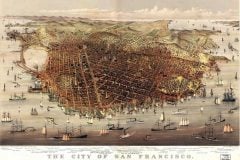 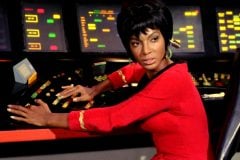 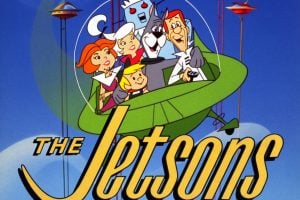 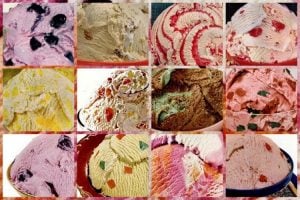 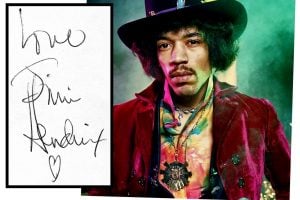 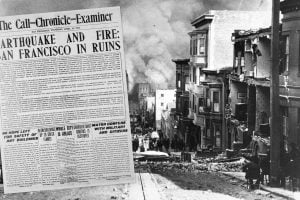 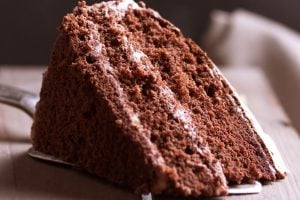 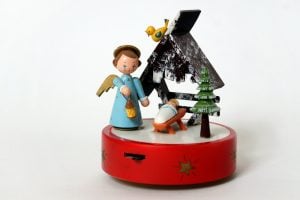 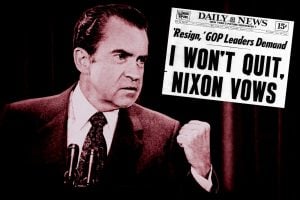 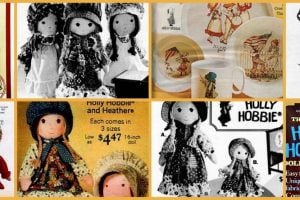 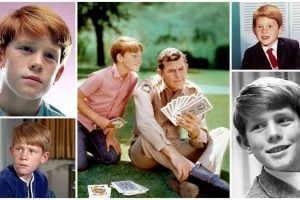 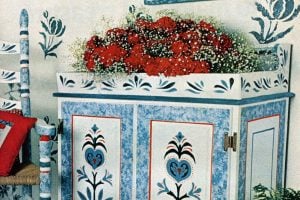 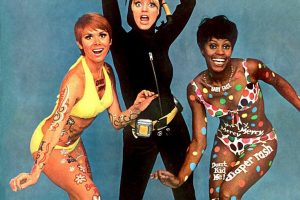 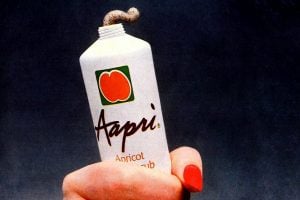