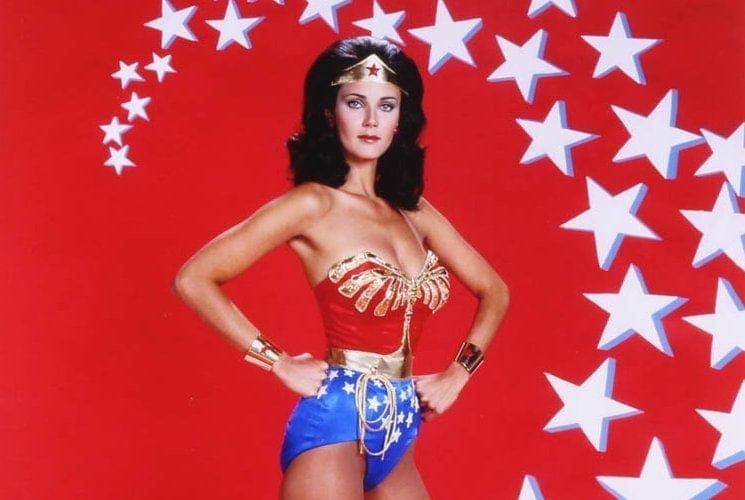 Because of ABC’s embarrassing horde of riches, “Wonder Woman” has been transferred to CBS for this new season. “The New Adventures of Wonder Woman” is being broadcast on Saturdays at 5 p.m. on Channel 13.

This switch doesn’t upset the super gal. Real-life Lynda Carter, a one-time Miss U.S.A. and an entrant in the Miss Universe competition, is a statuesque beauty who keeps her breathtaking figure in shape by 40 minutes of floor exercises each morning and again each evening.

“I want to tell the world,” Miss Carter said, “that ABC never canceled ‘Wonder Woman.’ They had ordered more specials. But that was not nearly as attractive as 22 shows, every week, on CBS.”

For over a season and o half at ABC, “Wonder Woman” never had a prescribed time period. It was slotted as a “special,” and ran whenever a weak spot had to be hyped… a designated hitter, in a sense.

The show had great appeal and good ratings, but ABC was running No. 1 for the season and found it difficult to slot it on a regular basis.

“Wonder Woman” had no trouble finding a new home. NBC, as well as CBS, went after it. At one point last season, NBC was ready to open its fall season with a 13-week offer. But ABC exercised its option to use the show for another season on a preemptive basis.

Miss Carter, meanwhile, found herself tied down. She was under contract to “Wonder Woman,” and therefore, even if the show remained under the same circumstances with ABC, she couldn’t do anything else in the way of pilots.

But everything is beautiful for Lynda Carter now. She has a regular season time slot, and a new husband, too. She recently married her manager, Ron Samuels, who also manages two other TV wonder woman beauties, Lindsay Wagner and Jaclyn Smith, stars of “The Bionic Woman” and “Charlie’s Angels,” respectively. 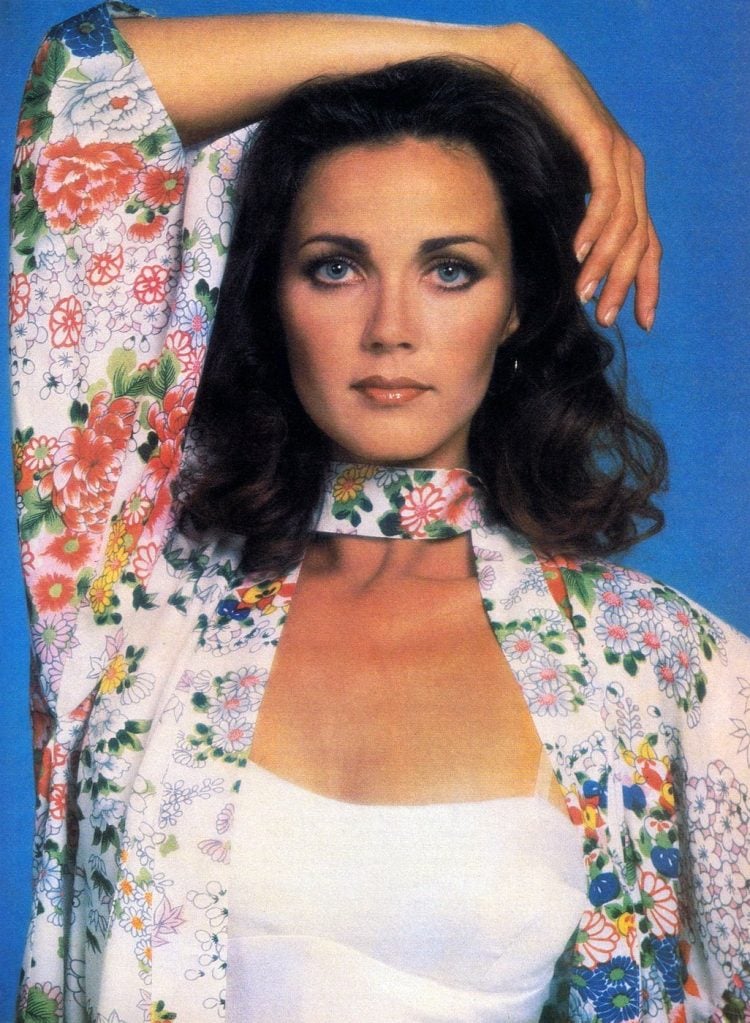 In the coming season, in new territory, the show has undergone certain changes. First of all, it has been re-titled “New Adventures of Wonder Woman.” Most important, the series will be updated. That means WW won’t be just chasing Nazis (the character first surfaced as a comic strip in the 1940s, during World War II).

“There will be more diversification,” she said. “Her costume will undergo slight alteration. And that star in her crown will be a direct line to mother, back on the Atlantic island, Her lasso will have some new unusual powers, like making her adversaries forgetful.”

She reports that there will be mostly nonviolent action in the new format. Furthermore, “Wonder Woman” has been promoted. No longer just s secretary who transforms herself into o super person to fight crime and evil, she is now an “associate” at IADC. Lyle Waggoner, tall and plastically handsome, plays Steve Trevor Jr. (he played Trevor Senior in the old series). 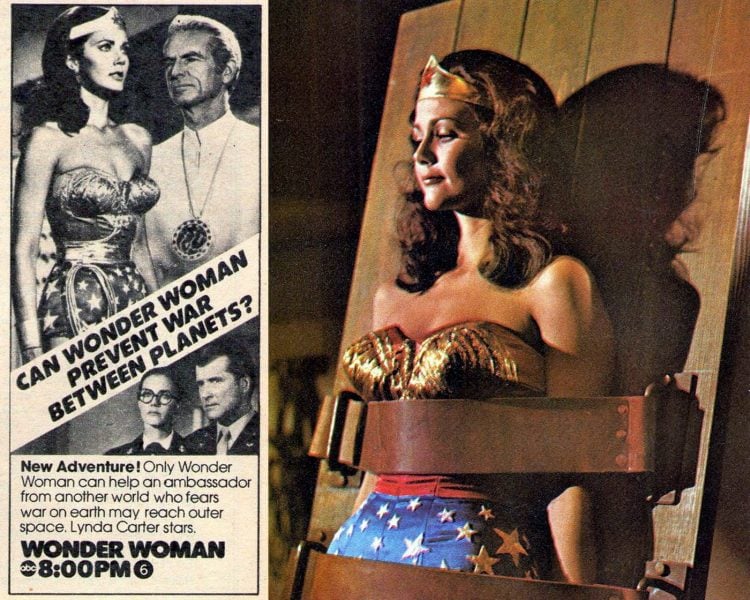 While it appears moot to discuss what would have happened to her in terms of a cancellation, Miss Carter nevertheless has been preparing herself for a second career in music. She has never sung professionally, but has studied and has written lyrics seriously.

She composes her own music in an offbeat fashion, singing into a tape, then having a professional musician transcribe it onto paper. “I’m learning to work at the piano,” she said. She hasn’t had anything published or recorded yet, but she talks about her music with great passion.

ALSO SEE
How many of these vintage Saturday morning cartoons &amp; TV shows can you remember?

She describes herself as a contemporary country-rock singer, and says she expects to work with Paul Anka, whom she met while co-hosting a Mike Douglas week.

One suspects success will come to her whatever she pursues. It has come with apparent ease. She won her first beauty contest, and quickly went on to become Miss USA. When she decided on an acting career, she took her winning money and used it to take acting lessons in Hollywood.

Her first series, “Wonder Woman,” earned consistently good ratings and gave her immediate recognition. When one network, ABC, failed to come up with acceptable terms for renewal, two other networks quickly became interested.

The success of the series, Miss Carter contends, has a lot to do with its appeal to women, both young and old.

“Women are not subjected to the influences of all negatives (in the series),” she explains. We’ve made Wonder Woman idealistic and productive. It’s like you want to believe there is a Santa Claus. We have to have a sense of humor. We take it seriously, but with an ability to laugh at it, too.”

Lynda Carter as Wonder Woman is sexy but patriotic (1977)

Lynda Carter, television’s wonderful “Wonder Woman,” displays more epidermis every week than any other actress on the tube.

Perhaps it should go without saying, but for the record, Lynda’s epidermis covers a quantity of salubrious scenery. Few if any leading ladies in a series are more felicitously endowed. In the succinct words of the hard-hat crowd, Lynda has a great build.

Neither the Bionic Woman nor Charlie’s three beautiful angels romp around in anything even approaching the brevity of Lynda’s costume. Even beauty contestants are demure by comparison, parading only briefly in swimsuits.

Not that Lynda’s wardrobe is limited to snug briefs and bosom-hugging top. She also wears the uniform of the US Navy in the show.

As naval yeoman Diana Prince, she sports spectacles and a shapely WAVE uniform until it’s time to go into her feminine version of the old Clark Kent-Superman act. At strategic moments, she transforms herself from mousy sailor to fantastic Wonder Woman.

Once the switch takes place, Lynda cavorts around accomplishing superhuman feats of strength in her abbreviated rompers. Lynda’s wardrobe isn’t to be compared with a string bikini. Neither is it a two-piece number, more’s the pity. Still, it’s as revealing as television’s code allows.

Not even the blue noses can object to Miss Carter’s costume. She is saved by the simple expedient of patriotism.

Wonder Woman’s threads are red, white and blue. She looks for all the world like an animated, sexy if you will, American flag. There are red and white stripes on her cape; white stars on a blue field cover her bottom.

Masculine viewers are town between saluting and salivating. Some may even do both. George Washington would have been proud; Betsy Ross, ecstatic.

It would be an entirely different matter if Lynda’s outfit were gold or silver lame. The censors would shoot her down in flames if she were adorned in sequins or, heaven forbid, tassels. But strike our nation’s colors! Only a Communist would dare.

“Woman Woman” generally is conceded to be a children’s show. But the ratings indicate many a patriotic daddy sacrifices his leisure hours sitting in front of the tube with his toddlers.

Lynda is aware that she displays more of her charms than other television leading ladies. She is grateful she doesn’t catch cold easily. The blue-eyed beauty has learned, however, that she must watch her diet with more vigilance than other actresses.

“We’ve done 14 episodes of the show now,” Lynda said the other day. “And I have to stay fit and trim all the time. There’s no place to hide five extra pounds if I gain weight. So I have to watch what I eat. I swim 60 laps a day whenever I can. And I get plenty of exercise doing stunts on the show.

“I do as many of the physical things as I can, especially on the trampoline. But the producers prefer to use stunt people. The show would be over if anything happened to me. I’ve had a few cuts, strains and bruises, but nothing serious.”

ALSO SEE
Actress Lynda Carter on leaving her Wonder Woman superhero image behind, and beginning new adventures in the '80s 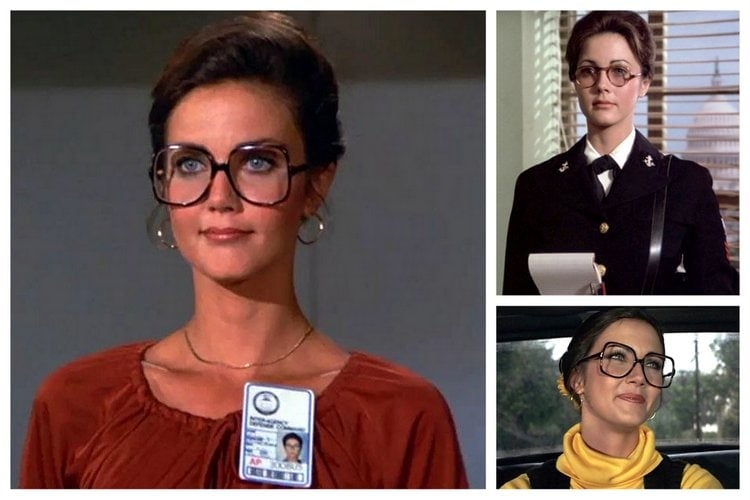 Lynda is a strikingly beautiful former Miss World-USA, circa 1973, who was born and reared in Phoenix, Arizona.

Still in her 20s, Lynda is the youngest female to star in her own show this season. She’s unmarried, but doesn’t plan to stay single much longer.

“I’ve fallen in love for the first time in my life,” she said. “The man in my life is Ron Samuels. He’s Lindsay Wagner’s personal manager. Lindsay plays the title role in ‘Bionic Woman.’

“Lindsay and I are friends. We’re in the same sort of show, but there’s no sense of competition between us.

Maybe that’s because Lindsay wears dresses, suits, skirts and blouses, blue jeans and stuff like that. The poor dear doesn’t own a single red, white and blue outfit, nor is her rump ever spangled with stars. 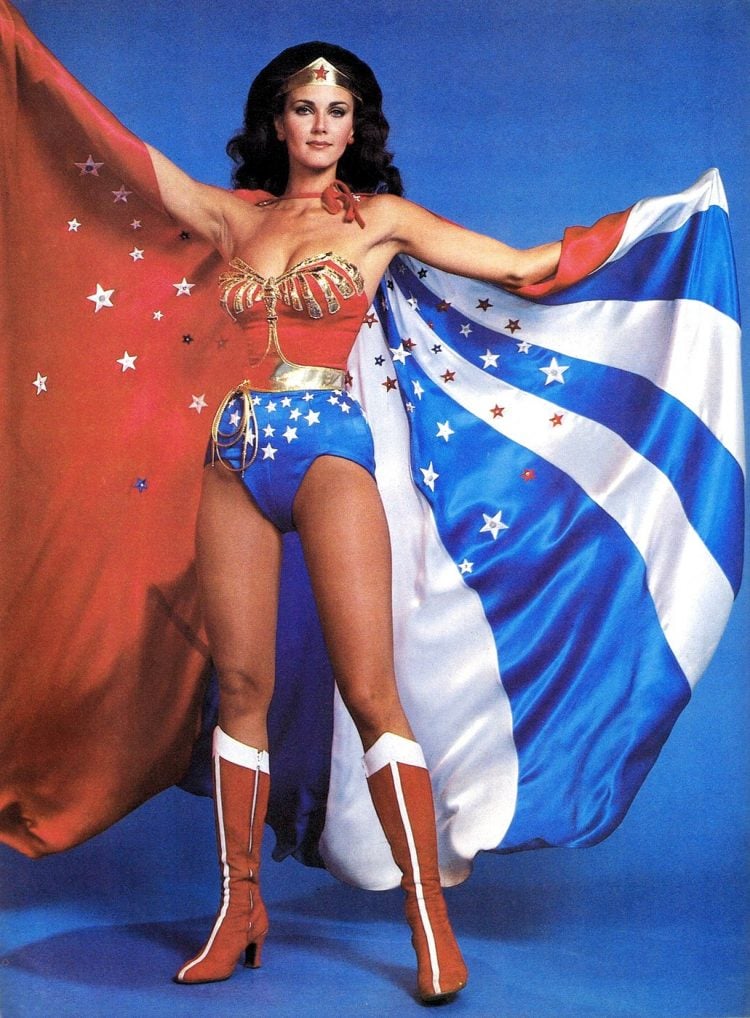 No one, so far as is known, has caught the Bionic Woman in the sort of outfit Wonder Woman wears. But then Bionic Woman is a counter-espionage agent and might be conspicuous running around in American Legion bunting.

But it’s okay for Lynda because her show is strictly for kids. Right, dad? 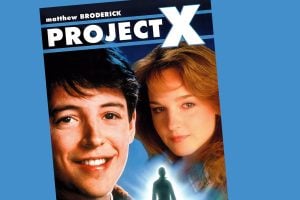 We wish these cute vintage Halloween stickers from the 70s and 80s were still available today! 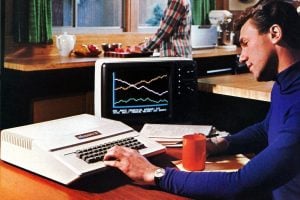