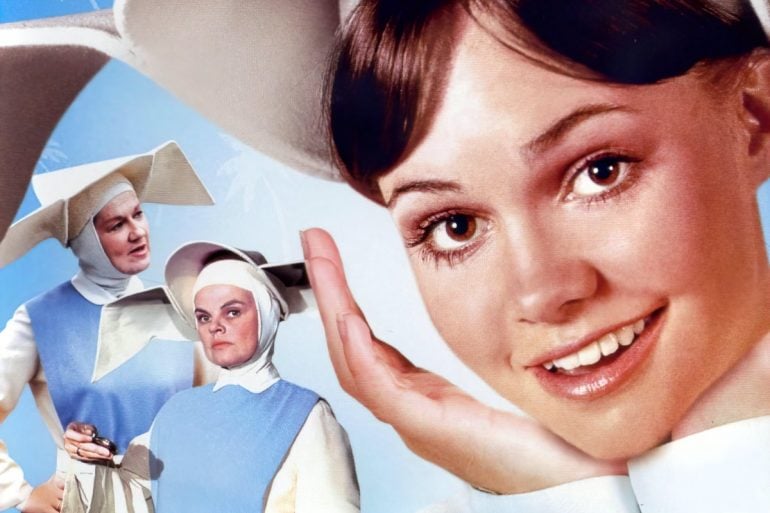 In one of the stranger concepts in television history, Sally Field played the title role of The Flying Nun — 90-pound Sister Bertrille, who could use her starched cornette to take to the skies if the wind was just right.

Her aviation abilities were used to solve any problems that arose at her convent — and, of course, to provide laughs, too.

While the whole thing seemed like an idea that would quickly be relegated to the cutting room floor, the show ran for 82 episodes on ABC from 1967 through 1970, and has remained a cult classic to this day. 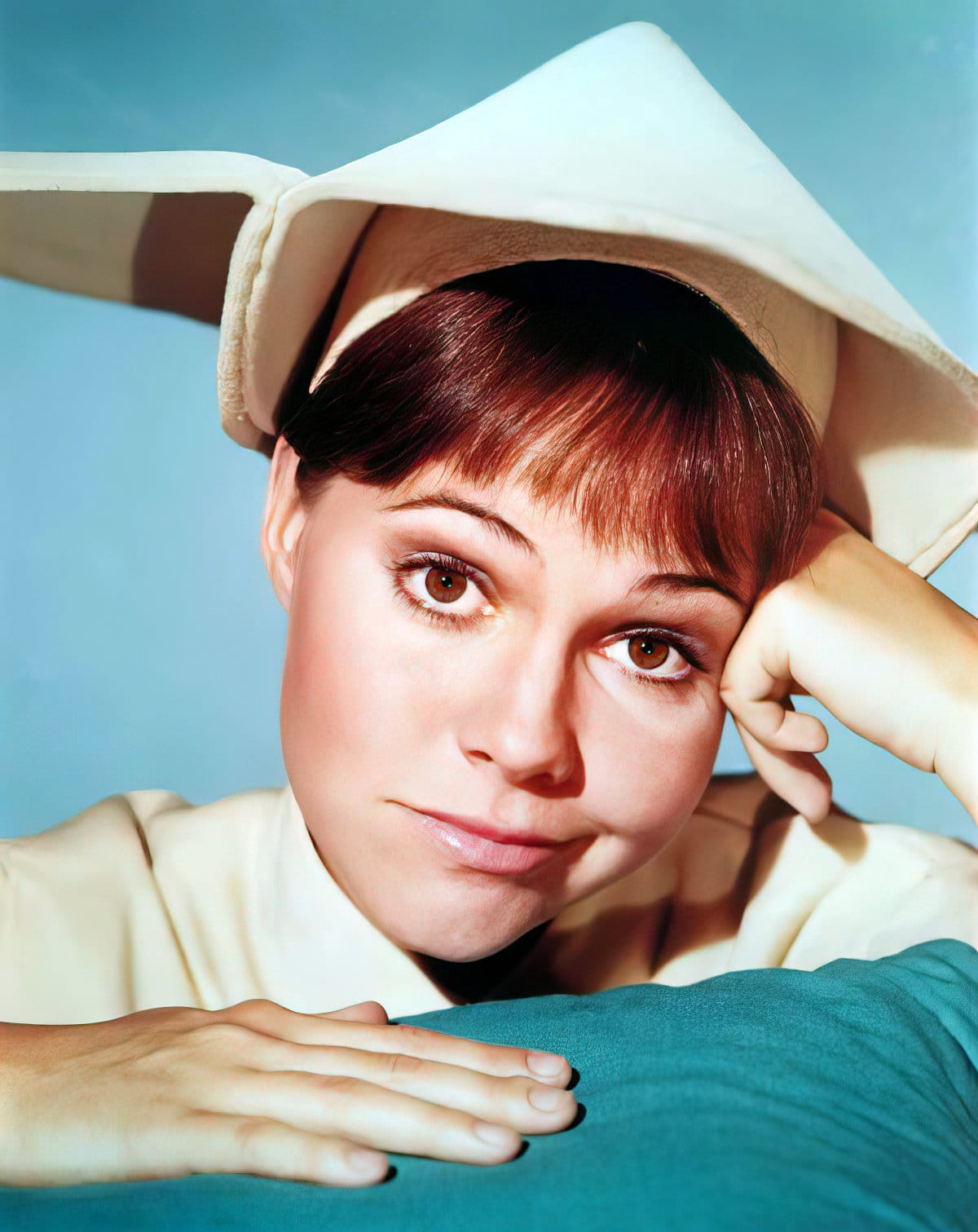 Just as things at Convent San Tanco in San Juan are never the same after the arrival of Sister Bertrille, life has never been quite the same for many after meeting Sally Field, first as the surfing, beach-loving “Gidget,” and now as the enchanting “Flying Nun.”

“The Flying Nun” is a fantasy which is not played as fantasy, because it’s as scientifically sound as the law of flight. If the lift plus thrust 1s greater than load plus drag, any object will fly, especially in San Juan, where gusty trade winds blow.

And Sister Bertrille, the object in this case, weighs only 90 pounds and wears the stiffly starched, wing-shaped cornette of her order. 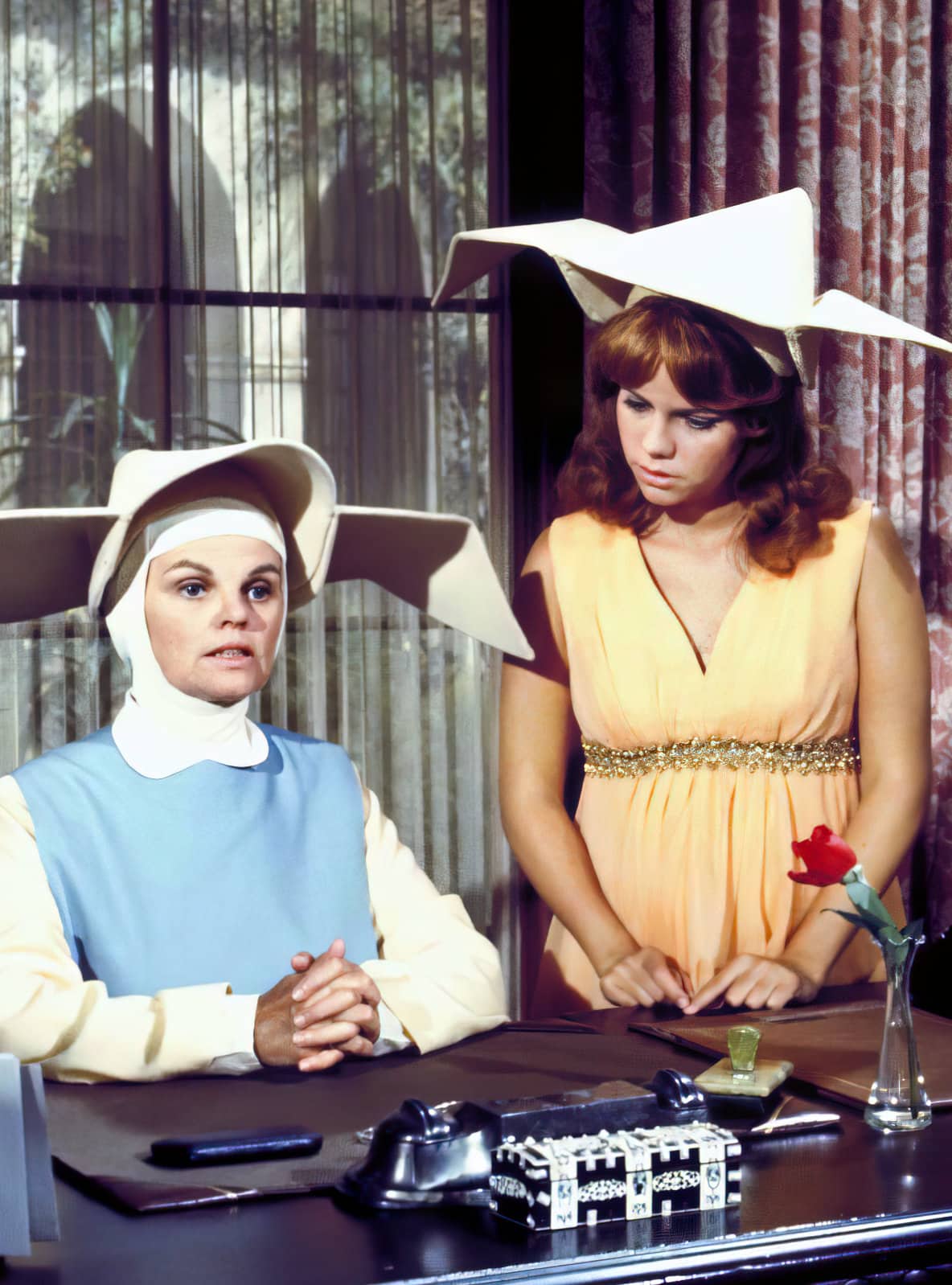 Sally Field stars as Sister Bertrille, the effusive young American novice whose approach to people and problems inside and outside the convent is best described as unconventional. She can fix cars, cut hair, establish credit, organize a fiesta and make clothes.

She also plays gin like a professional gambler, but for souls, not money. The loser promises to go to mass for a specified number of Sunday mornings.

Costarring in the series to be aired this fall on the ABC-TV Network, are Marge Redmond as Sister Jacqueline, who is also American, and one who takes things in stride, even a young novice who takes to the sky; Madeleine Sherwood as the Mother Superior, devout and traditional, to whom Sister Bertrille brings both chaos and an understanding of the modern world; and Alejandro Rey as Carlos Ramirez, a rich and handsome young gambler and discotheque operator who is upset by, yet likes, young Sister Bertrille. 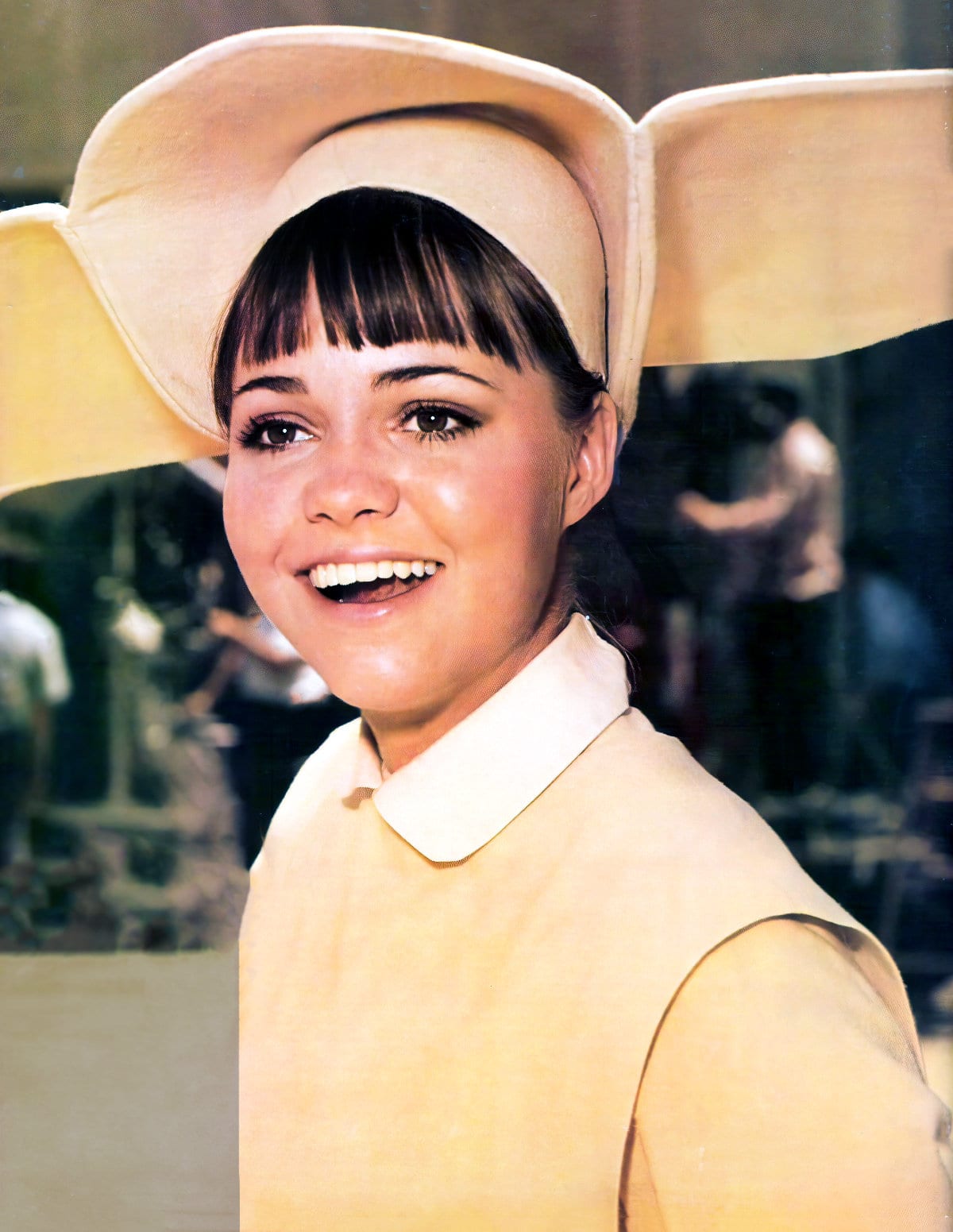 The stories meld whimsy and wry humor. In one, a pelican falls in love with Sister Bertrille; in another, the airborne nun seeds the clouds, producing a snowstorm for the tropical island; another is a tale about a bilingual parrot which often uses speech not proper for a convent.

The idea for the series came from Tere Rios’ book “The Fifteenth Pelican,” based on her childhood in Puerto Rico, and her years in convent schools.

Sally Field has recently guested on “Occasional Wife” and “Hey Landlord” on TV, and appears in the motion picture “The Way West.”

ALSO SEE: Nanny & the Professor: A classic TV sitcom from 1970, with a psychic nanny, a no-nonsense dad, and 3 kids

Sally Field, The Flying Nun, has been up in the air three and four hours a day on location this Fall as the Thursday night hit prepared for a second season with an increased emphasis on comedy rather than depth stories of life behind convent walls. 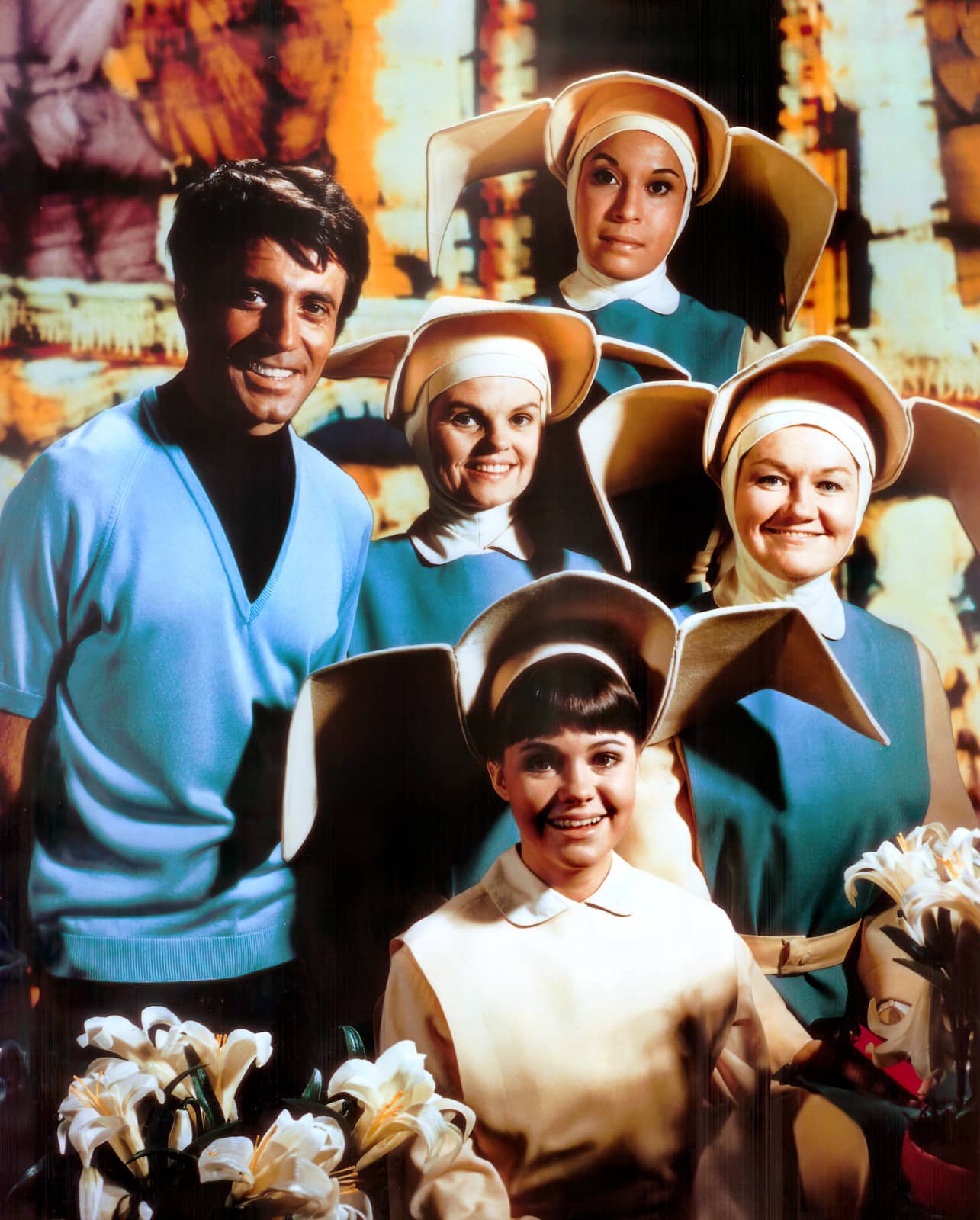 Instead of flying in the old movie manner by wires on a sound stage in front of a blue sky screen, Sally solos outdoors, hanging from a huge crane anchored to a truck that rolls down roads, occasionally hitting bumps, giving the actress a nudge that could qualify on the screen as air turbulence.

REMEMBER THESE? Trick or treat! See some of the vintage Halloween masks & costumes you could get at the drugstore back in the ’60s & ’70s

Crouched right behind Sally on the crane is the camera and cameraman who photographs Sally and whatever looms on the horizon just ahead.

This technique eliminates doubles, and is most effective for closeups of the cute star, her black Girl Scout shoes, and the billowing nun apparel.

It’s good Sally is in her prime, because flying from a crane all day is very strenuous, and with the new accent on comedy, the youngster must use all her energy.

She has a tendency to overdo physically, and was dead tired at the end of last season, having breathing troubles. 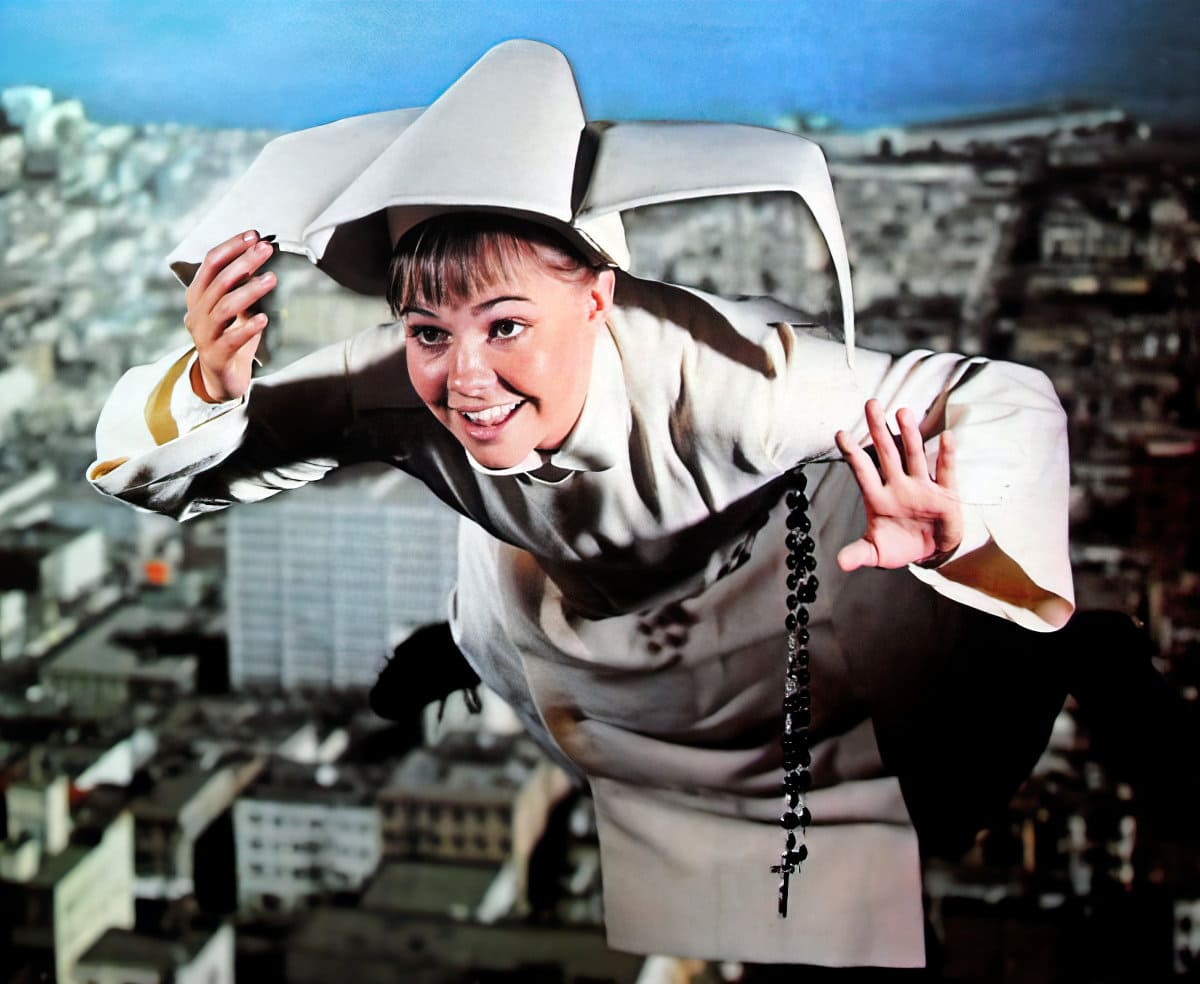 On “Gidget,” Sally picked up strep throat from over-concern and going beyond her physical limits. Ignoring body warnings in the past, Sally now pays heed, and will stop when danger signals light up inside.

Though “The Flying Nun” became a comic and household term last season and ABC’s only new hit, its more meaningful stories on convent life received a weakened response.

“I understand the sentimental ones, my favorites, didn’t do as well as the out-and-out comedies,” Sally disclosed during a recent lunch break, “so we’re going to give the public what it wants.”

A sample episode finds a high school friend of Sister Bertrille arriving at the island with a small “pop” music group. Since the two wrote songs in school, the talented Sister is asked to try composing once more.

She agrees, and flies for inspiration, a trick even the Beatles will envy, and she creates a worthy piece. However, it doesn’t fit “acid rock,” so the song is changed to something opposite to what the writer had in mind, and she makes a big fuss.

MORE NUN FUN: 20 ways “The Sound of Music” movie got it wrong 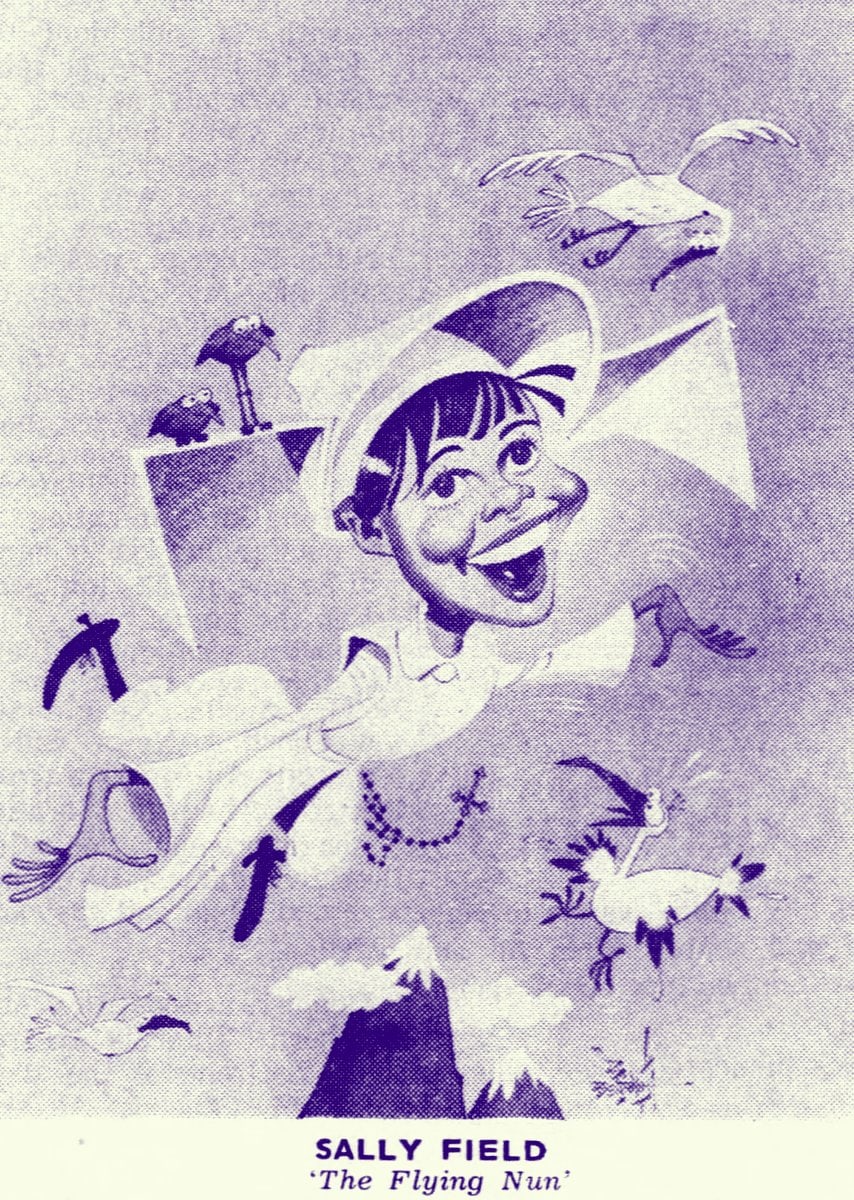 Sally will sing a lot this fall, and such scripts provide the excuse and offer slapstick, besides catering to that young-young audience.

This may be hard on fans of Madeleine Sherwood’s grand Mother Superior, whose cold look of authority even punctures living room screens.

Madeleine, a Broadway actress who still commutes to New York whenever possible, greatly influenced both Sally’s and Alejandro Rey’s work.

Says Sally of Madeleine: “She really gives you stuff to bounce off of. She’s so totally there. I really can’t explain how much I’ve learned from her, but it’s a great deal.” 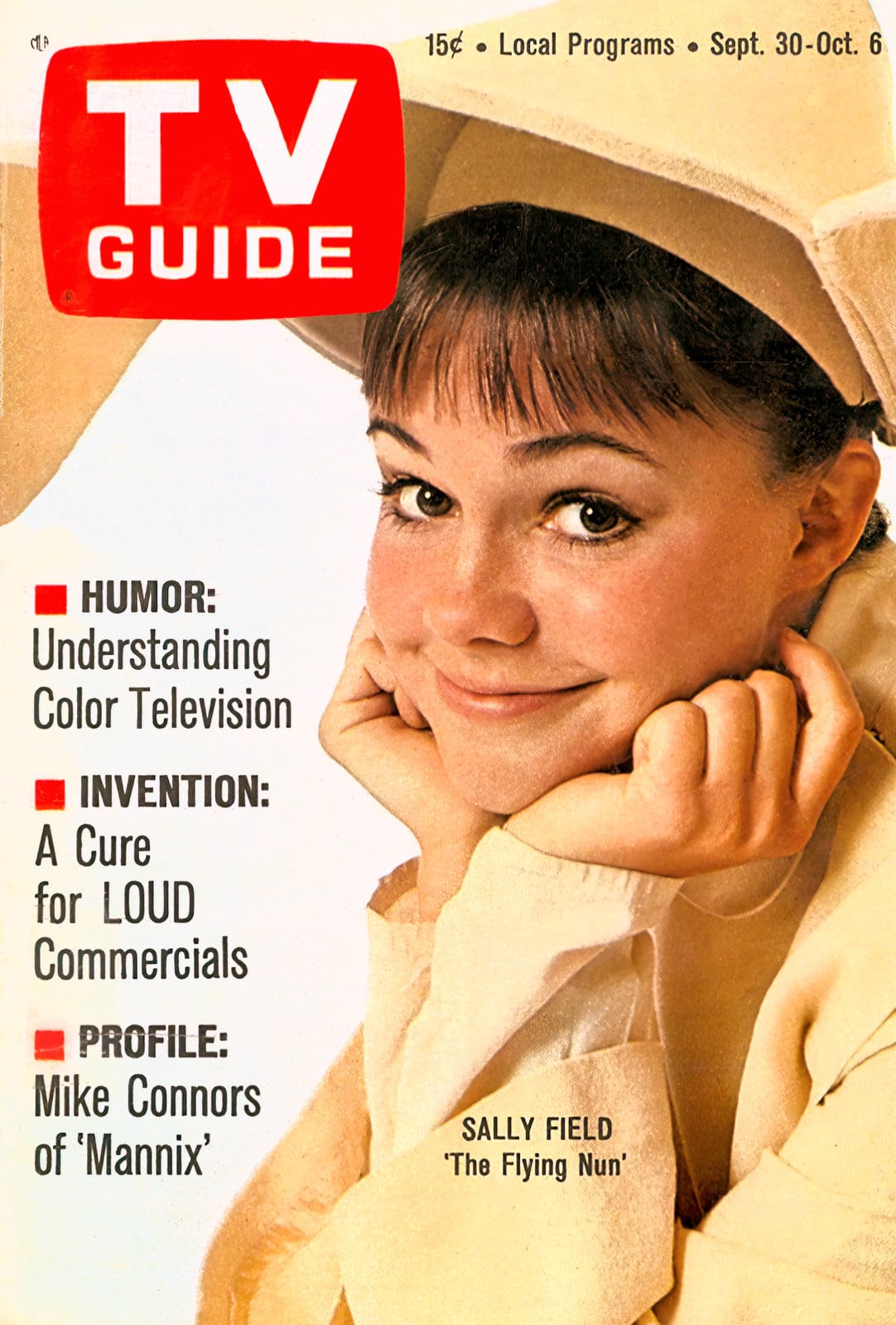 To the funny little rubber-faced star, acting is her “soul,” and at the same time, it’s still play.

MORE SITCOM SILLINESS: About The Brady Bunch: Meet the cast, see the opening credits, plus get the theme song lyrics

A shy youngster who finds it hard to ask for anything, Sally’s next step is to learn how to use her power.

The idea of business first is difficult for her to accept, and she is stunned when series associates she treats as friends take the hard line on deals.

Sally wants to grow, and hopes she won’t be restricted to rubber-faced parts. “Making people laugh is very rewarding,” she admits, “but I also want to be involved in furthering my craft.”

This is not a new sensation — all actresses feel the same way, and the button-nosed youngster must learn how to push her way up.

She’s just aware of something called power. Now the trick is to use it properly. 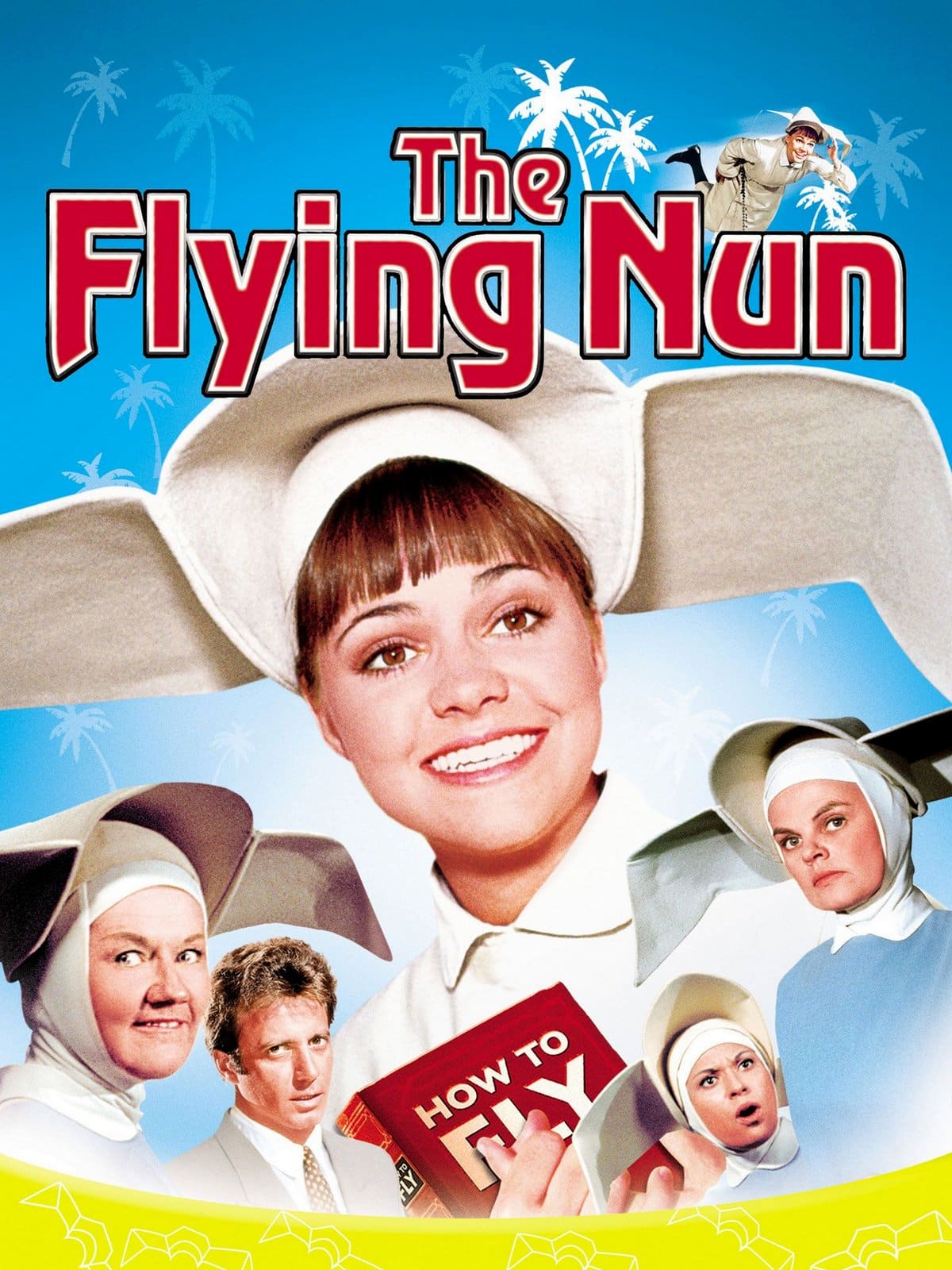 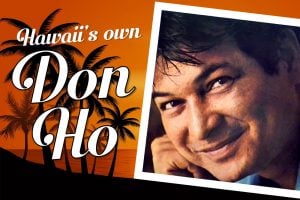 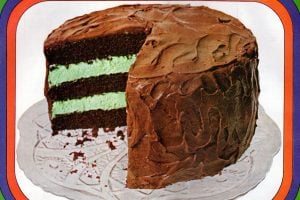 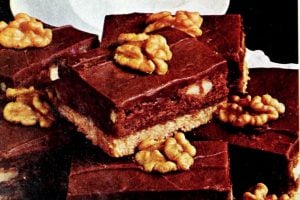