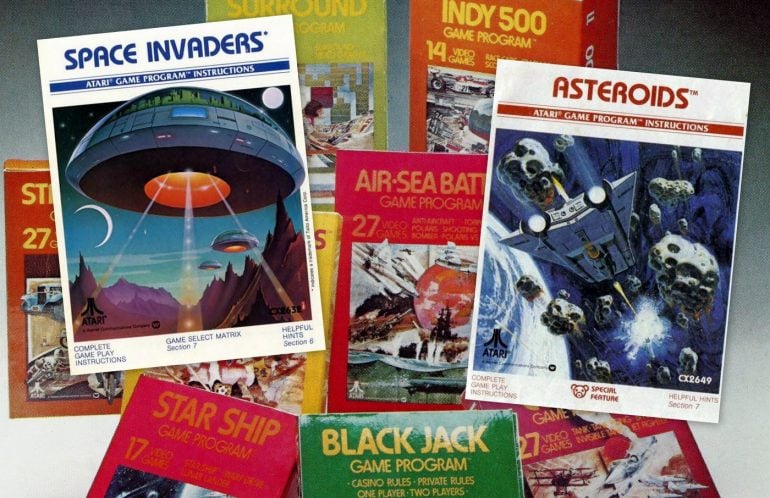 ABCs of the new video games

In what is becoming as familiar a holiday activity as hanging mistletoe and stirring eggnog, the makers of video games are once again struggling to satisfy an apparently insatiable demand for their products.

“Our research indicated that the market would double to 7 million games this year,” says Michael C Shea, marketing director of Atari Inc., which claims to be the market leader. “But it seems that the market could be closer to 10 million units if the products were available.” 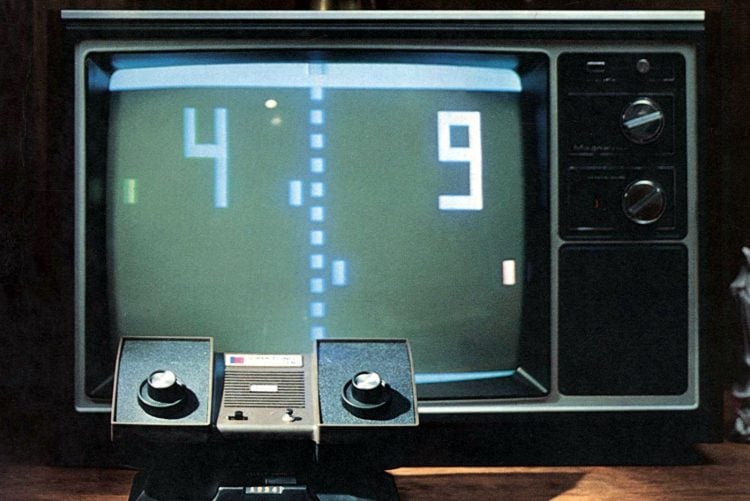 Chances are, however, that they will not be. After last year’s Christmas binge, when shoppers snapped up more than $200 million worth of the game-players that attach to home television sets, demand all but disappeared.

“Retailers bought a great quantity of games last spring,” observes one knowledgeable buyer, “expecting people still to be interested. But it wasn’t Christmas.”

The realization that video games were strictly a seasonal business hit the industry like a blow in the solar plexus. Heavy discounting forced some small game makers out of the business, and many of those that stayed took a very cautious approach to gearing up for this year’s selling season.

Now demand is high again, but production is falling short. “It’s so frustrating to see them and not be able to get them onto the street,” complains William D Hunter, a national merchandise manager at Montgomery Ward and Company. 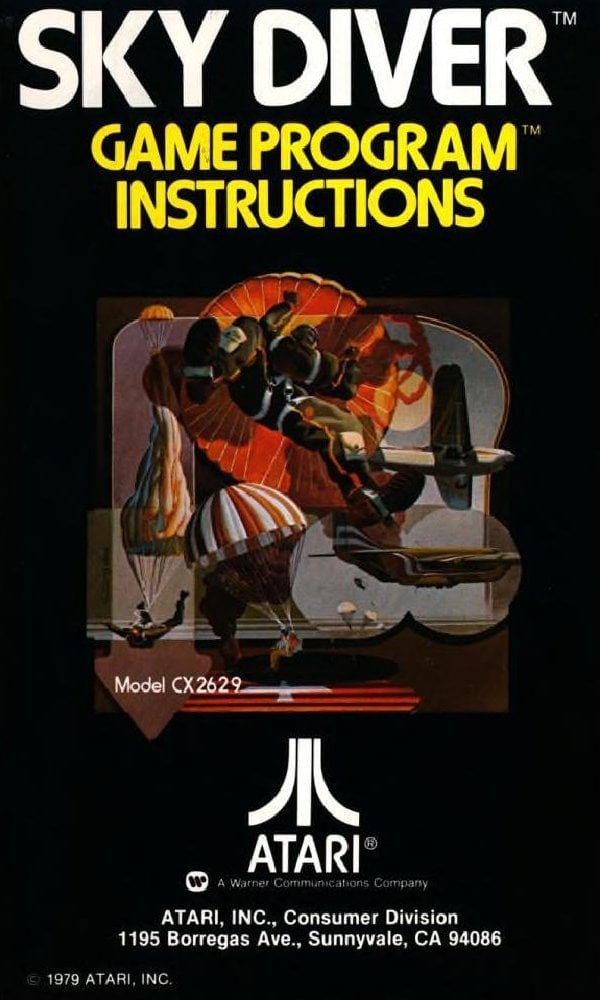 The biggest shortfall is in the new programmable players, which are built around a microprocessor, or miniaturized computer. Separate plug-in cartridges containing semiconductor memory devices imprinted with computer codes can program such units to play dozens of games.

“Everything is going to be, very tight in the programmables right up to the last minute,” predicts the merchandise manager of one New England discount chain.

The shortage stems from the difficulty in developing both the programmable player and the software for the game cartridges. Because it can take two years to get a unit on the market, there currently are only a handful of producers.

MORE: Look back at the original classic Nintendo Entertainment System/NES from the 1980s 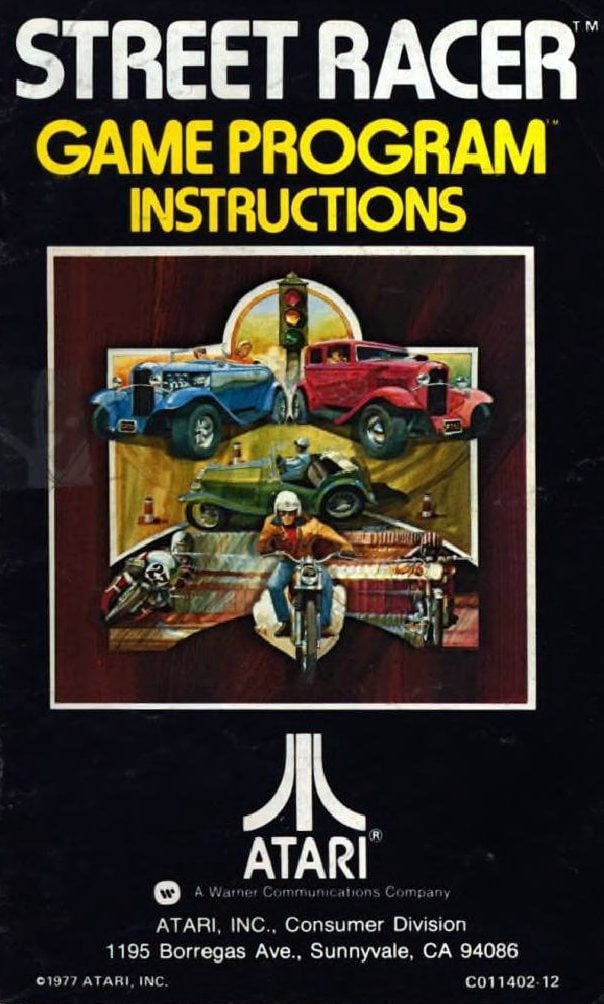 Fairchild Camera and Instrument Corporation, which launched the programmable concept a year ago, is turning away orders to avoid the kind of over-expansion that cost the company millions of dollars in digital, watches.

Bally Mfg. Corp. says that delays in getting the complex components are holding up production of its $300 “Bally Arcade,” and Arnold C Greenberg, president of Coleco Industries Inc., notes that the East Coast dock strike held up shipments of circuit boards. “And it’s very tough to get air space, because so many people are clamoring for it,” he adds. 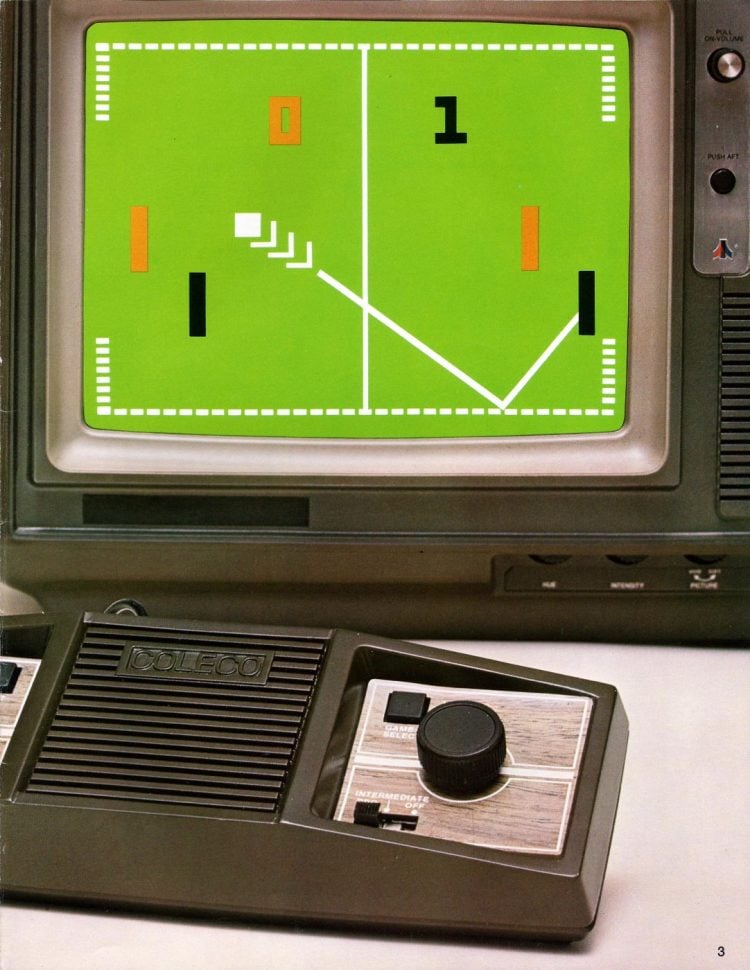 Sales of programmables will suffer this year as a result. Some forecasts were cut recently from 700,000 units to 400,000 units. But in the true fashion of the electronics industry, many companies are touting the next generation of computerized game players at a time when they cannot satisfy demand for their current products.

In the original home games, introduced only five years ago by Magnavox Co., hard-wired logic circuits were used to generate just one game, or a few simple games, on the TV screen.

Programmables get around the basic problem of these first-generation games a quick erosion of interest by consumers in playing the game — by offering plug-in cartridges that make available a virtually limitless variety of games.

MORE: The personal computer revolution: See how people in the ’70s predicted home PCs would be used

The next step, adding keyboards, printers, and memory devices that expand the game-player into a true computer, is already starting. The Bally unit, which comes with a calculator-like keyboard, is a forerunner of this new generation.

Fairchild, Atari, and Coleco are all planning more complex games with computer-like features for next year. And Umtech Inc. has just announced a product called VideoBrain that plays games, teaches elementary computer programming, math, and music, and even balances a checkbook. 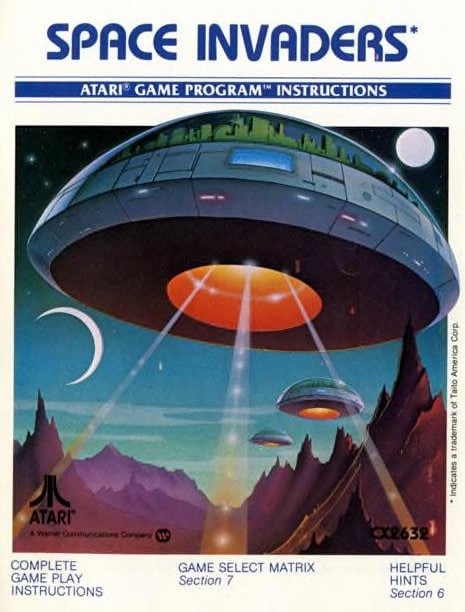 Last year was the “takeoff” year for video games. Products that turned home television screens into playing fields for tennis, hockey, handball and other previously outside-the-home activities were sold at a rate 10-fold higher than the 1975 level.

But a fundamental change in the industry’s product line already is underway to stave off what the manufacturers believe could be a major drag on this soaring business: boredom.

Despite rosy projections of unit sales doubling this year for the infant industry, company officials admit there is a move toward a new generation of TV games to keep consumer interest high. The new line of video games was clearly in evidence at the recent Consumer Electronics Show in Chicago, although the change has been underway since last year. 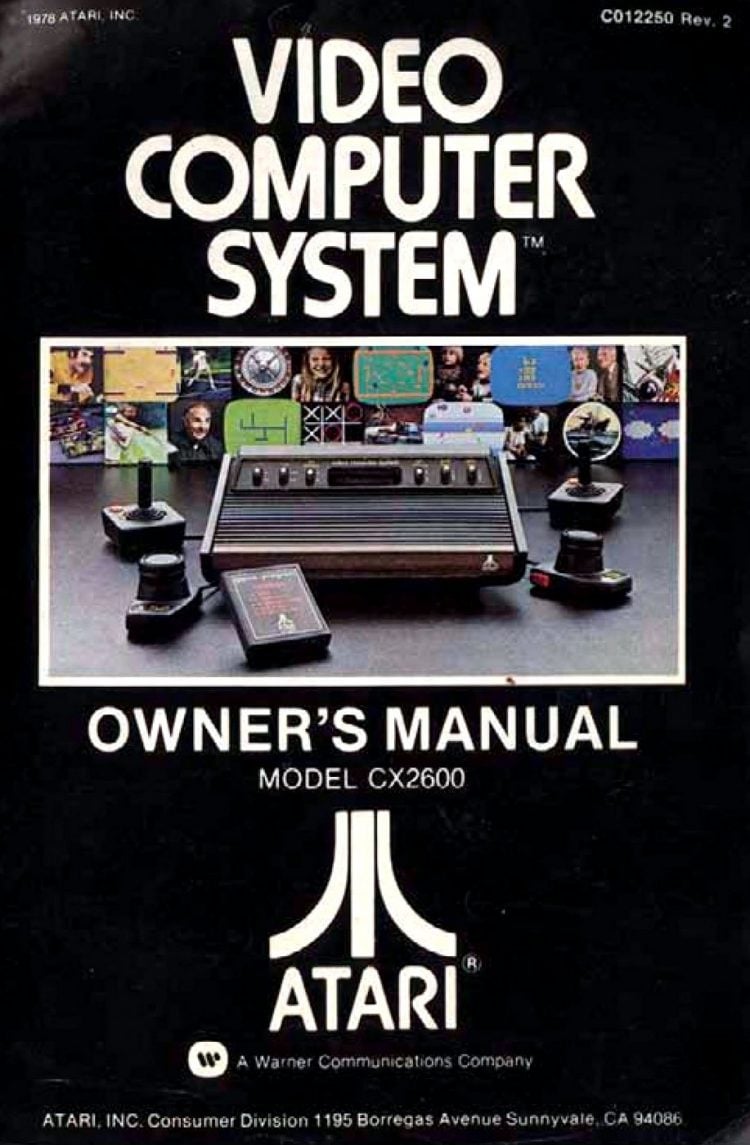 “An oscillator going back and forth between two paddles isn’t enough anymore,” comments Tom Dexel of Creative Strategies, Inc., a high-technology industry research firm which has studied the video game phenomenon.

Dexel believes the “typical back-and-forth paddle games” will increasingly give way to more versatile “programmable” games. This newest product allows the participant a wide range of game choices — road races, quick-draw contests, and shooting galleries, among others — with one major purchase.

Programmable games allow the consumer to plug the game of his choice into a main circuit board console, which accepts a variety of game cartridges. Previously, consumers bought one basic game, programmed by circuitry on a single silicon chip. 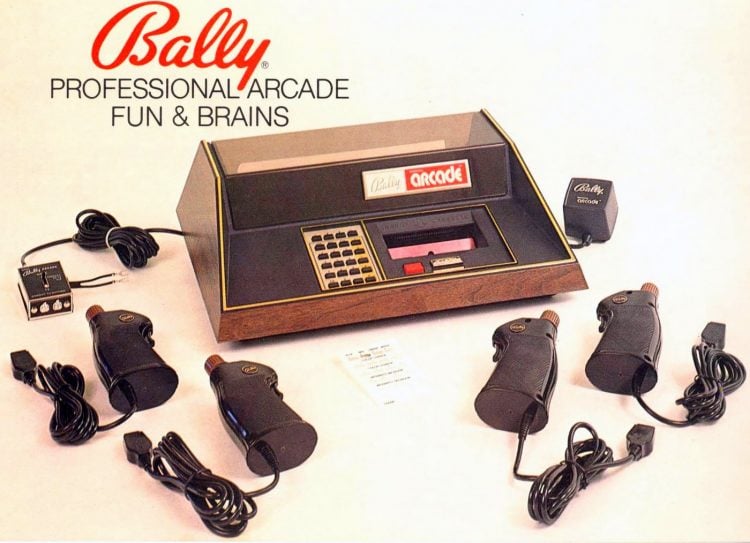 These games are called “dedicated” games. Consoles are currently priced at $100 to $170, and the cartridges, each programmed by a different chip, sell for about $20.

Dexel says programmable TV games could be dominant in terms of sales dollars in two years, and probably will be a “major factor” this year. Total video-game unit sales are expected to top seven million in 1977.

Arnold C Greenberg, president of Coleco Industries, agrees. “Television games are turning into a hardware and software industry. In the years to come, the programmable approach will predominate.”

Coleco claims to have led the industry with more than a million video games sold last year. As a manufacturer of toys and other home recreational products, Coleco took advantage of its well-developed production and distribution systems by jumping full-force into the TV games market in 1976. 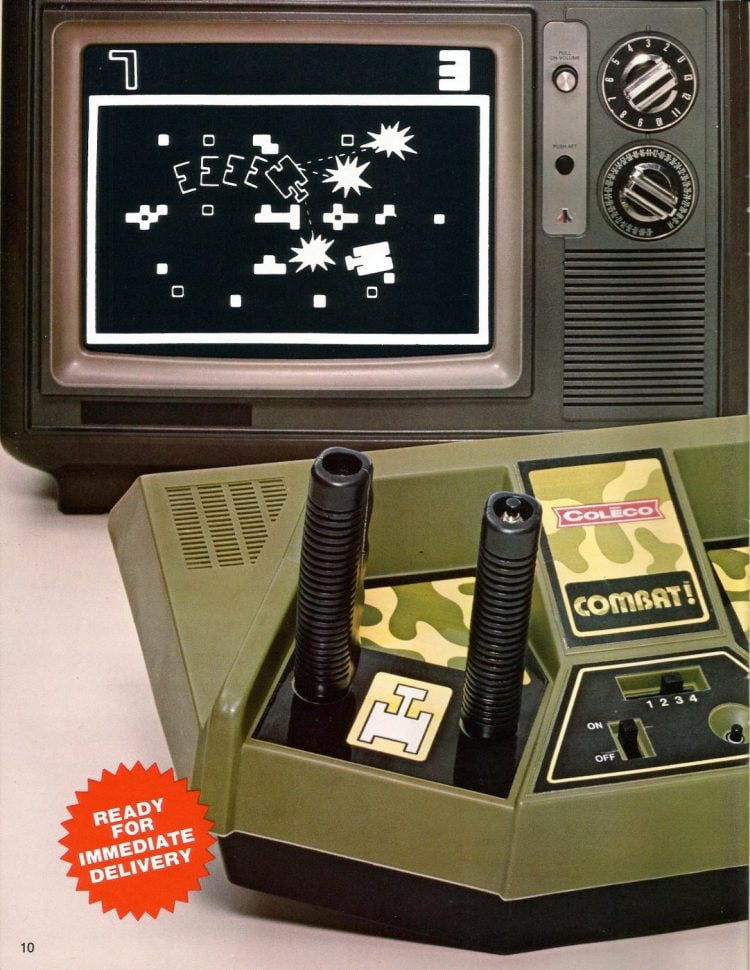 Although some industry analysts believe TV game pioneer firms, such as Magnavox and Atari, may still dominate the market, no one doubts Coleco has become a major force in the industry.

“We saw in 1975 that it was feasible to produce games that would sell at a reasonable price — around $50 — in 1976,” explains Greenberg. Coleco’s strong showing in 1976 is attributed by Greenberg to “quantity and quality at the right price.” After all, he adds, “all of us had one basic product, a black-and-white unit that played three or four paddle games.”

But distinctions began emerging late last year. Fairchild Camera & Instrument Corp. launched the first programmable video game in November 1976. Since that time there has been a rush to gain Federal Communications Commission (FCC) approval for a number of programmable games (all video games played on conventional television screens require FCC approval and registration).

Charles M. Cobbs, who oversees the testing of these products for the FCC, says, “We’re getting a flood of the programmable games. Last year the games were basically Ping-Pong types; now we’re getting road races, and rifle ranges. One guy even brought in a metal frame that you put your feet in and then control a simulated skier on the TV screen with your own feet.” 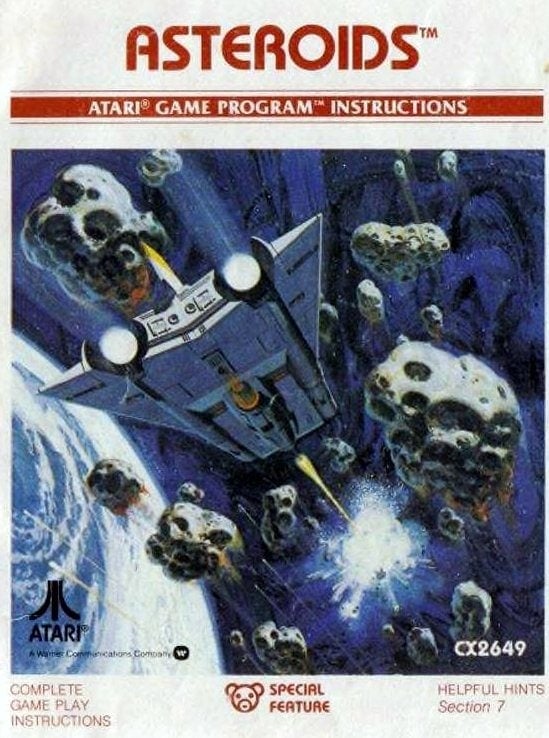 Cobbs says the FCC has a backlog of 42 games waiting testing, which will take an estimated six to eight weeks. To date, the FCC has registered more than 350 games by an estimated 100 manufacturers.

The programmable games also have caught the eye of the industry’s founding father: Magnavox.

In 1972, the company marketed the first video-game home unit, Odyssey, operated with rather clumsy circuit cards. These circuit cards gave way in 1974 to the more sophisticated technology of integrated circuitry on a silicon chip.

A Magnavox spokesman says the company is planning to “come out later this year with a programmable game. We’ve (the industry) pretty much worn out the hand-and-paddle games.” 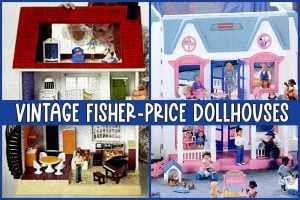 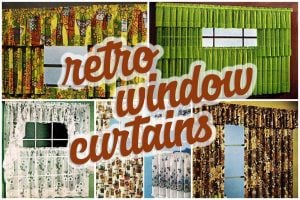 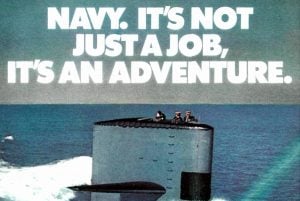 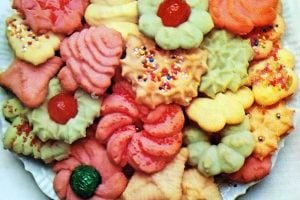 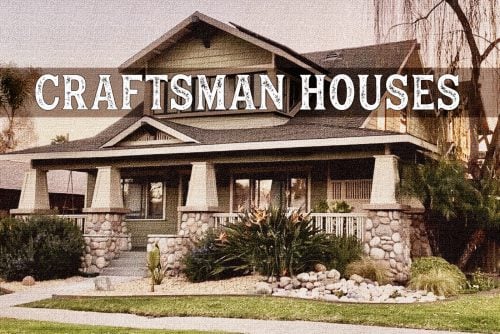