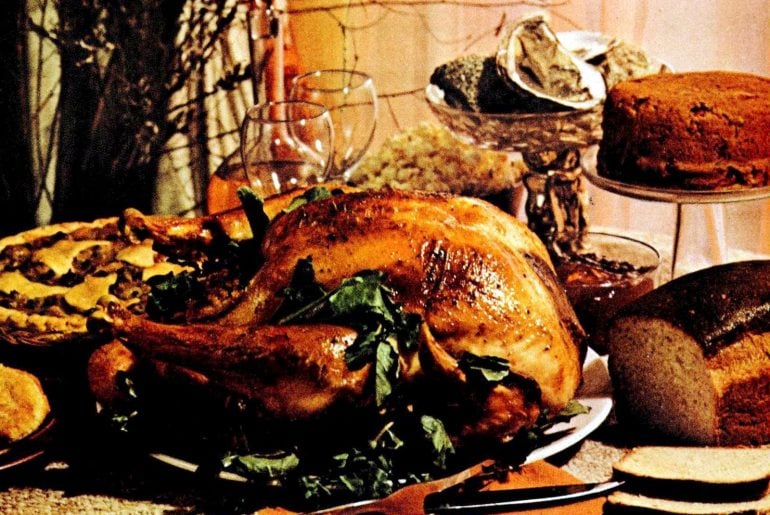 Ebony Magazine, November 1975 — When the first Thanksgiving was celebrated in 1621, black people had already been in this country two years. That initial celebration lasted for three days, and the feast included turkey, venison, roast duck, cornbread, wild plums and dried berries, all served with white and red wines.

Turkey, which over the years has become the traditional meat of this holiday meal, is an excellent source of high-quality protein. Today it can be purchased fresh, frozen, canned, ready-to-cook and cut up in various forms. The best turkeys are covered with thin layer of fat, have well-formed bone structures and are practically free of feathers.

The recipes on the following pages represent several dishes that might have been eaten at that first Thanksgiving.

Anadama bread is a pleasantly sweet New England cornmeal bread that can be made today just as it was at the first feast. Oyster stuffing and steamed cranberry pudding are deliciously different variations of traditional recipes. And homemade rhubarb currant pie and codfish cakes are far tastier than any that can be bought ready-made in supermarkets. 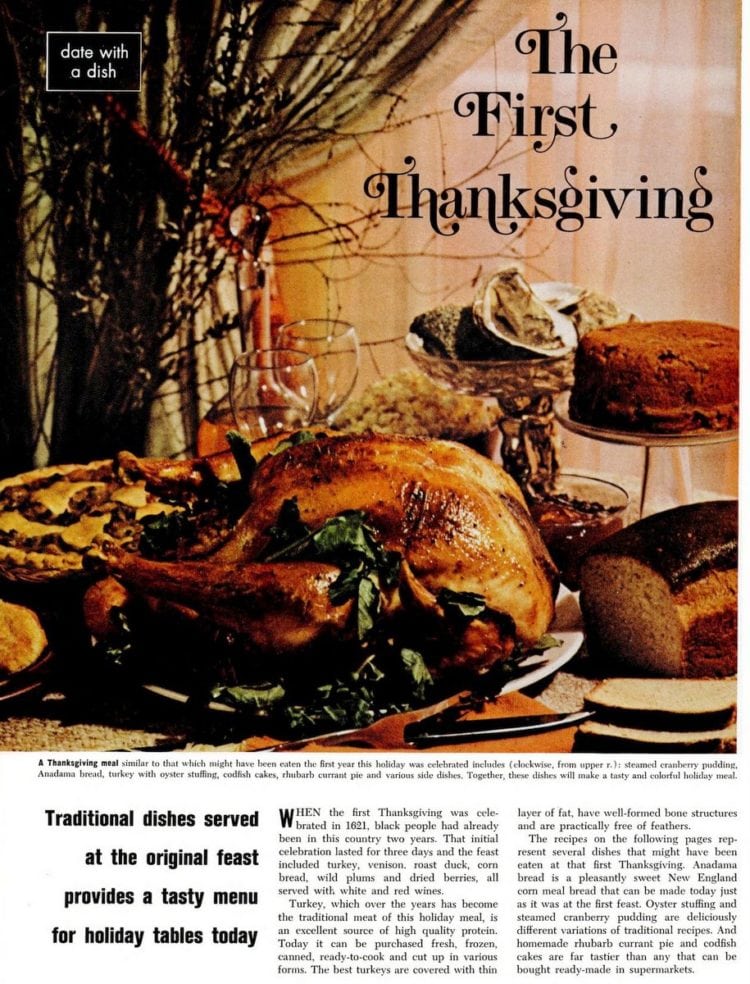 Turn onto floured board; knead until no longer sticky. Let rise in covered, greased bowl until doubled. Punch down. Knead 2 mins. Divide into 2 loaves. Place in 9×5″ greased pans. Let rise until doubled. Bake at 375 F for about 50 minutes.

For a traditional Thanksgiving dinner: Side dishes

Side dishes made during the first Thanksgiving and still popular today include com on the cob, boiled or cooked outdoors in husks; popcorn; watercress as a salad or garnish; raw oysters on the half shell and wild grape wine. These dishes also add color to your table. Oysters should be served on bed of crushed ice. 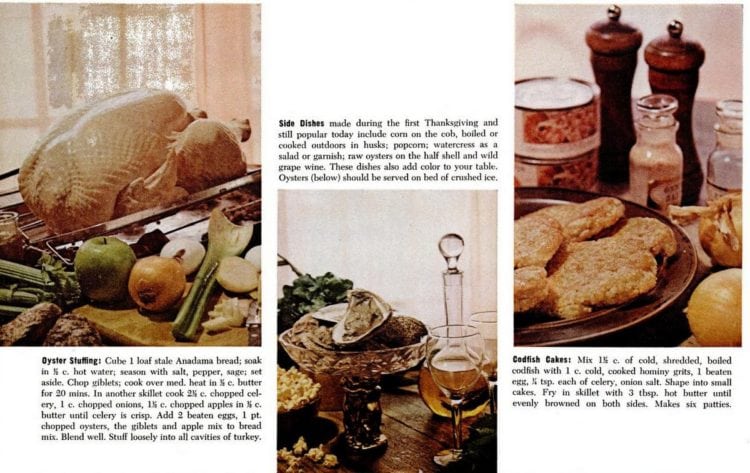 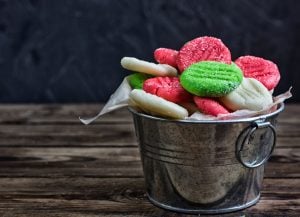 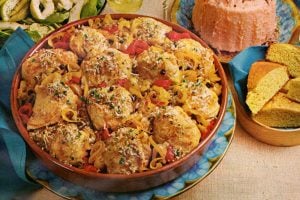 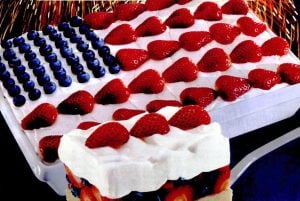 Flag cakes with strawberries & blueberries: The classic no-bake recipe from the ’90s