Prepare the potatoes and let stand for several hours in cold water. Cook in boiling salted water until tender. Drain well and press through a colander into a deep dish. Let them lie as they fall. Put in the baker until very hot, but do not let them brown.

Trim the cabbage, quarter and throw into salted water and let lie for 20 minutes. Then mince fine, cover with boiling water and cook until tender. Drain, and season with butter, salt and pepper. Add a little cream, and toss the cabbage about until very hot.

Stew one quart of tomatoes until quite smooth. Strain, season with salt, pepper, butter and a pinch of sugar. Put into a cupful of rich cream a tablespoonful of flour. Mix well and add to the tomatoes. Simmer for a few minutes and pour over small squares or rounds of evenly-browned toast. 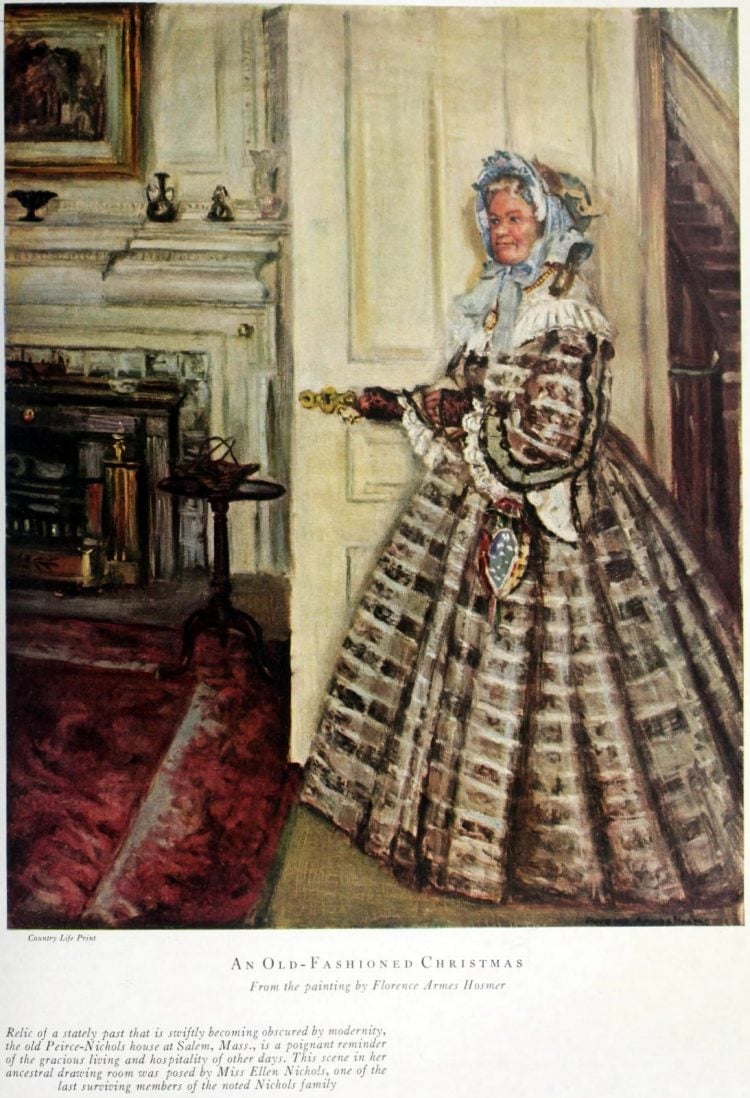 To one pint of hot mashed potatoes, add two tablespoonfuls of butter, one-half cupful of hot milk, the beaten yolk or one egg and a level teaspoonful of salt.

When cold, shape as desired, glaze with beaten egg, roll in bread crumbs, and fry in hot drippings. The croquettes should be submerged in the dripping. They should brown in a minute, and this they will be if the fat is smoking hot.

Boil some beets until tender. Throw into cold water, and when quite cool, rub off the skins and scoop them out into small balls with a vegetable cutter. Serve on a bed of lettuce and mayonnaise, leaving the tops of the balls free from the dressing; this for effect. 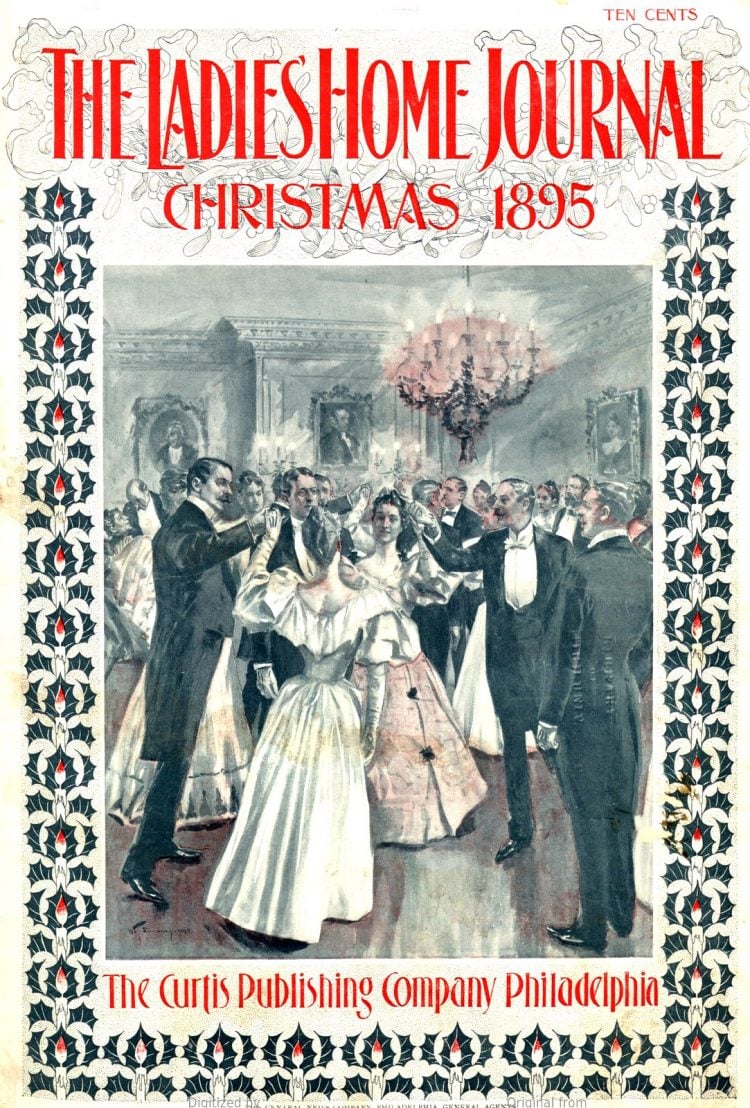 The simplest form of mashed potato is by taking hot-boiled potatoes, mashing and mingling them with cream and butter until the mass assumes the right consistency, which varies with the individual taste; then salt and pepper, and the dish is ready…

Almost always the texture is improved by whipping the mash with an egg beater. An air of importance may be given to this simple dish by merely brushing the top with fine breadcrumbs and bits of butter.

Take some sticks of fresh celery, and cut them into pieces about 5 inches long. Wash them well, and put them into a saucepan containing some boiling salted water, and let them boil for 10 minutes.

Then take out the celery, let it drain on a cloth, and put it into a stewpan with sufficient stock to cover it, and let it stew gently until it is quite tender. Put the celery into a hot vegetable dish while the sauce is being made.

[With the remaining celery/broth liquid], let it boil up, thicken with a little cornflour, first mixed smooth with a little cold water. Add a piece of butter, a little browning, and ascertain that the sauce is sufficiently seasoned, then strain it over the celery. 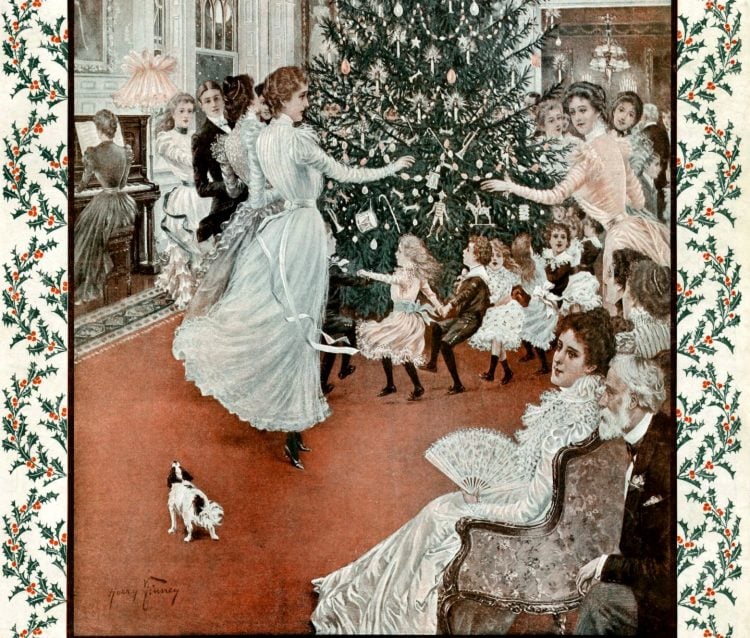 Cut some potatoes which have been boiled and allowed to cool into rather thick slices. Stamp them out with a cutter into the shape of small cutlets, or, if more convenient, they may be cooked in slices. Dip them into clarified drippings, and then into browned breadcrumbs which have been seasoned with salt and pepper.

Place them on a baking tin which has been well-coated with beef dripping, and bake in a hot oven until nicely browned.

Have the patty shells of rich puff paste ready and fill with the mixture of mushrooms, made as follows: Put some canned mushrooms (drained and washed) into a stew pan with a teaspoonful of butter and a little rich cream. Mince them, add seasoning and dredge lightly with flour. When very hot, remove, and stir in the beaten yolk of an egg.

Boil a small cauliflower until tender. Place on a baking dish, sprinkle with buttered crumbs, and brown in the oven.

Serve with a thin white sauce, made as follows: Melt two tablespoonfuls of butter, add two tablespoonfuls of flour, and mix until smooth. Then pour slowly on one pint of hot milk, stirring all the time. Season with salt and pepper. Cauliflower served in this way has a very delicate flavor. 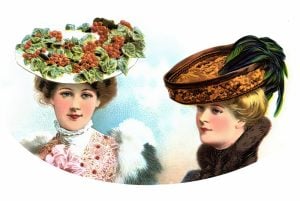 The most stylish vintage hats from the 1900s: What fashionable women were wearing at the turn of the century 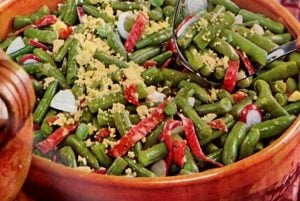 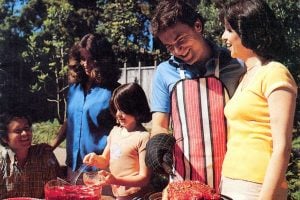 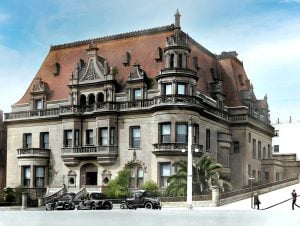 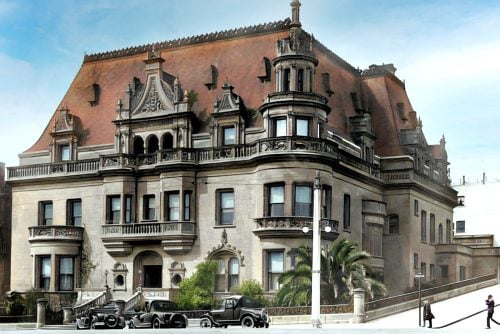