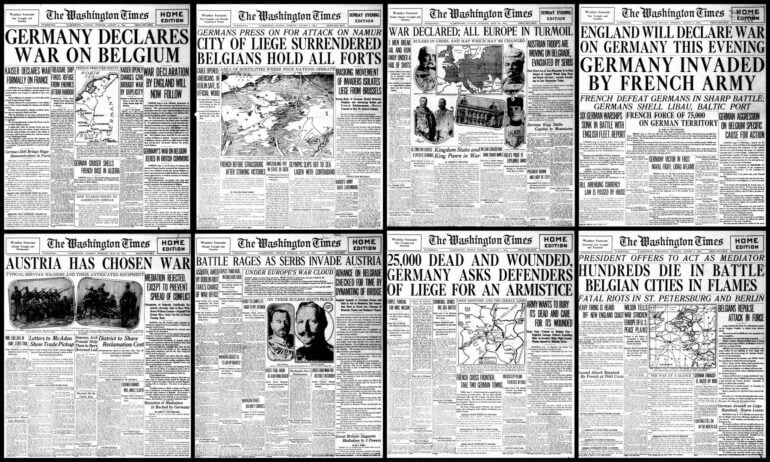 A tangled array of alliances, imperialism, nationalism and more all came to a head in July of 1914 when a Serb by the name of Gavrilo Princip assassinated the Archduke of Austria-Hungary, Franz Ferdinand. This set in motion a complex fall of dominoes which would eventually lead to all of the world’s great powers taking one side or the other, engaging in the first full-scale war to feature deadly 20th-century technology.

By the time the Treaty of Versailles was signed in 1919, over nine million combatants were dead, with much of Europe laid to waste. Even though four of the major powers of the war ceased to exist in the aftermath — the German, Russian, Austro-Hungarian and Ottoman empires — “The Great War” we call WWI would leave unfinished business that would be concluded in its ghastly sequel some 20 years later.

What follows is a selection of 31 consecutive contemporary reports — the front page headlines from The Washington Times in Washington DC — starting during those tumultuous weeks leading to the outbreak of hostilities in WWI — a time that would go on to be one of the deadliest confrontations in human history. – AJW 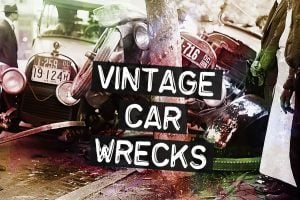 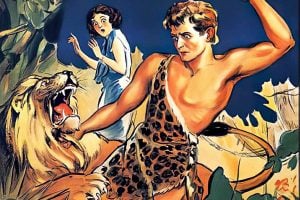