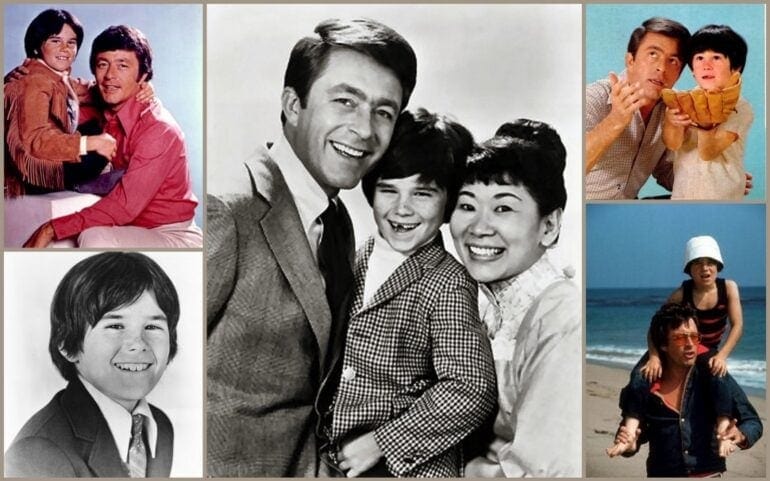 Facebook
Pinterest
Twitter
LinkedIn
Reddit
Email
The Courtship of Eddie’s Father was a TV sitcom about a widower, Tom Corbett (Bill Bixby) and his son, Eddie (Brandon Cruz), who believes his father should get married, and tries to get his dad to date the women he likes.

The television series debuted on September 17, 1969, and the last of the show’s 73 first-run episodes was broadcast on March 1, 1972 — though “Eddie’s Father” lived on for decades in reruns.

The Courtship Of Eddie’s Father’s theme song, “Best Friend,” was written and performed by singer/songwriter Harry Nilsson (aka Nilsson). You can hear it below!

It’s an in phrase these months, if not exactly a new one, and Jim Komack thinks it applies fairly well to the production of ABC-TV’s new comedy series due in the autumn, The Courtship of Eddie’s Father: “Now the inmates are running the asylum.”

Translated for the layman, it means that the actors are having a big say in what they do and say in the show — and so it is.

The energetic, genial Komack was a Broadway star in “Damn Yankees” and a TV regular as crazy dentist Dr. Blair on Jackie Cooper’s “Hennessey.”

Now, he’s the producer, occasional director and now-and-then performer on “Eddie” — and the show’s star, Bill Bixby, is, Jim insists, more of a co-worker and colleague rather than a big-name property to whom script is handed.

“‘EDDIE’ IS a collaboration of the friendship, talent and dreams of Bill and myself, something we have wanted to do since Bill was starring in ‘My Favorite Martian,’ which I directed for a year or so,” Jim says.

Actually, their friendship grew from a tiny incident that seems right out of an old Betty Grable movie.

Komack was in a room oft the sound stage of a “Hennessey” in which he was acting, when he heard Bixby, who was just a little old extra, deliver the line “He went that way.”

“I ran out in the hall and said, ‘Hey, who said that? What a great voice!’ Whereupon Bill just stared at me and shook his head and said, ‘You’re whacky,'” Komack says.

THUS BEGAN an alliance, however, that thickened when Komack was directing “Martian,” in which Bixby co-starred with Ray Walston — but that’s another story.

“I was convinced, all these years,” Jim says, “that Bill could be a big star as a light leading man in, say, the Gig Young style. Bixby did three unsold pilots after “Martian” finished up, and was looking around for the right thing when Herb Solow, MGM’s production chief came up with “Eddie” . . . and brought Bill and Jim together once more.

They were dubious at first. “Look,” Komack told Solow, “we’re not going to do a kids’ show.”

After an hour of listening to what Solow had in mind, explaining the almost “Odd Couple” relationship of Bixby and little Brandon Cruz, who plays Bill’s 6-year-old son, Komack nodded. “We’re going to do a kids’ show,” he decided.

A native New Yorker and a bomber gunner in Manila during World War II, Komack was a cafe performer until his Broadway break in 1955, and after that he acted steadily — but, he says with a grin, he’s had it as an actor.

“I’ll say this for acting, though,” he adds. “It sure helps, when you get to be known, in getting good tables in restaurants.”

A MOD dresser with stylishly long hair, Jim was a big hit in a comparatively small part as Rocky in “Damn Yankees,” which brings us to Mr. Walston.

“For months, I seemed to go great in the part, mostly because I was so darned excited and exuberant about being on Broadway,” Jim says, “and then one day I didn’t get the laughter and applause I was used to, and I asked Ray about it.

“‘Well,’ he said, ‘your mother and father and uncles and aunts have all seen the show by now, and you’ve become bored.’

So Walston, the old pro, tutored wet-behind-the-ears Jimmy — and years later there was Komack directing Walston in a “Martian” segment and trying to get him to perform a certain way.

“Look,” Walston said in mild irritation, ‘don’t forget I taught you how to act.'”

If inclined to, and forgiven by your betters, you might say the cycle had come full ’round. 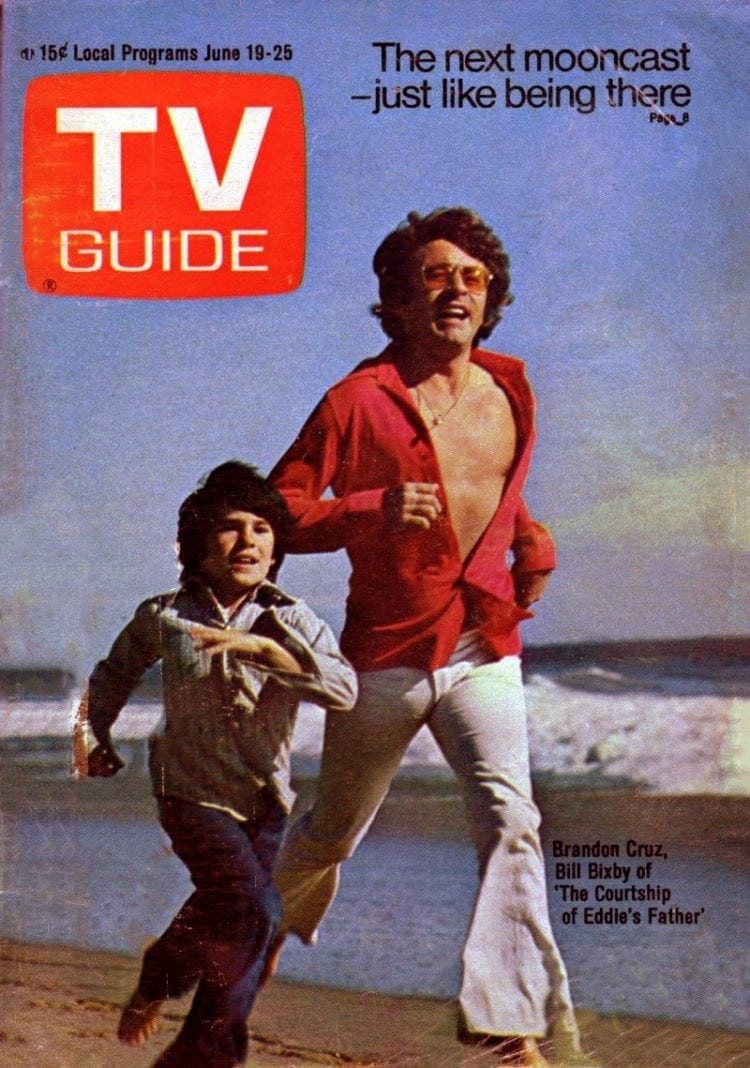 Behind the scenes: The Courtship Of Eddie’s Father

By James Komack, Producer of ABC-TV’s “The Courtship of Eddie’s Father”

“The Courtship of Eddie’s Father” is a family comedy series — and more. It’s a story of love, total love. The symbol — a little boy’s hand in the hand of his father. What more beautiful expression of warmth and trust than a child offering his hand.

There is also the honesty and reality of “now” in “Eddie’s Father” — today’s life, today’s problems, today’s mistakes. The comedy is derived from reality. No jokes, no contrivances.

The stories evolve from the title word “Courtship.” Little Eddie is a matchmaker. He wants his father to be happy, and happiness, he believes, is with a wife. Eddie’s father is susceptible because he wants Eddie to have the love of a mother.

For the viewers, it will be almost like eavesdropping on the principals — magazine editor Tom Corbett, Eddie’s father, played by Bill Bixby; Mrs. Livingston, the housekeeper, with Miyoshi Umeki in the role; and 6-year-old Eddie, played by Brandon Cruz. Kristina Holland appears as Tom’s secretary, and I play Norman Tinker, a magazine photographer. 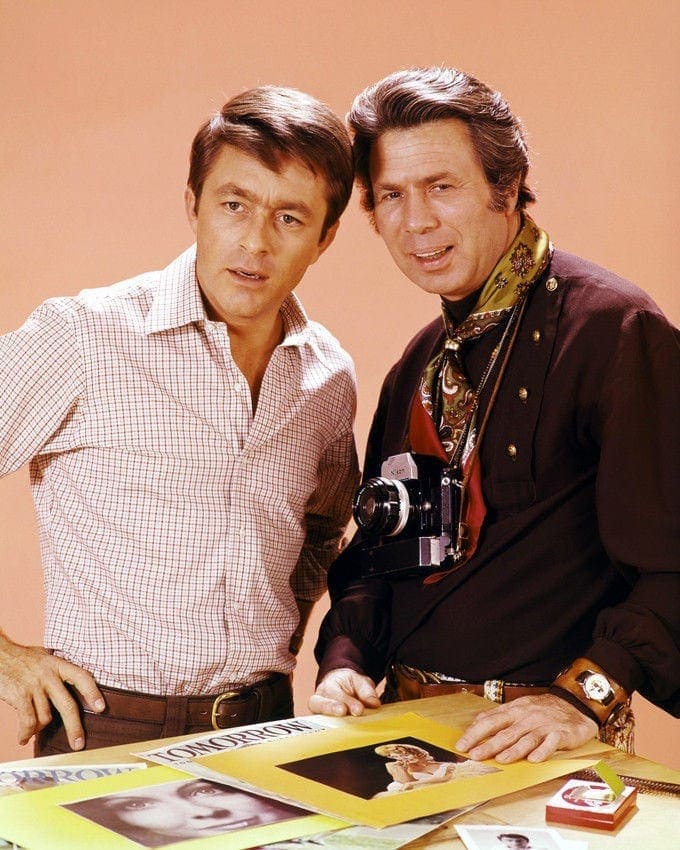 For instance, in one situation, Miyoshi asked to be written out of a scene. Why? She said a Japanese lady wouldn’t be present during this particular conversation between a father and son. Really? You bet!

To maintain this naturalness, we won’t have guest stars. By that, I mean guest stars who are completely identifiable as entertainment personalities. We have Bill Dana playing a policeman — not Jose Jiminez — in one episode. It would be abrasive to tailor a story alien to the main theme to suit a guest’s stage identity.

About the cast Bill (Bixby) has starred on stage, in motion pictures and television. He played a lead role on television in “My Favorite Martian,” and has done additional TV roles, comedy and dramatic.

Miyoshi — she is so marvelous. She has won an Oscar and a TV Emmy, and also received a Tony nomination for her Broadway stage work. What more can be said about her as an actress?

Here’s what a columnist (Rick DuBrow, UPI) wrote: “When she talks… it is as though music were tinkling on some delicate, exotic instrument. One thinks of a chandelier being touched and rustled by a soft breeze.

“When she plays comedy, it is in the slyest way, giving her lines inflections that no writer could imagine. Like the finest of actresses, her comedy is often not far from tragedy, or at least tears.”

That says it all.

As for Brandon, he’s a natural boy. It’s all discovery for him; he’s never done anything professional before. He’s growing up on these stages. Yet, surrounded by all that’s Hollywood, he manages to be himself. We have a kid playing a kid.

Kristina is a trained actress, dancer and singer who loves to talk. That’s what she does in “Eddie’s Father.”

With the right people and the right story, what more could we want? Music?

We have Harry Nilsson, who has two albums out, to score this series. Nilsson brought in a concept, a use of music, that’s never been tried before on television until “Eddie’s Father.”

Music isn’t just a bridge as written by Nilsson. He editorializes with it, in the manner of an offstage voice. And sometimes his music sings the wordless action on the screen. 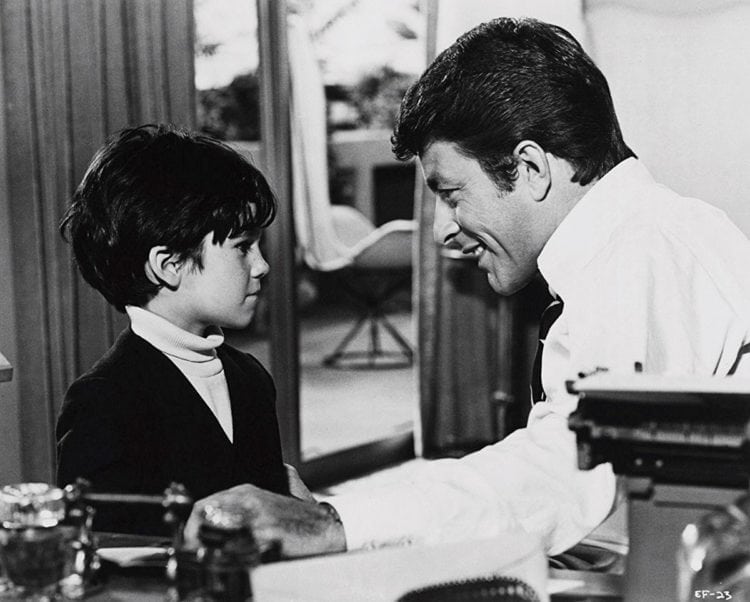 A school bully named Joey is making life miserable for Eddie — and Joey is a girl, played by a very young Jodie Foster. 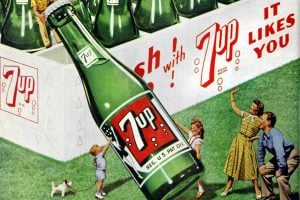 7-Up history, plus find out the soda’s (terrible) original name

American cheese: Why we love it & the history of this ‘processed cheese food product’