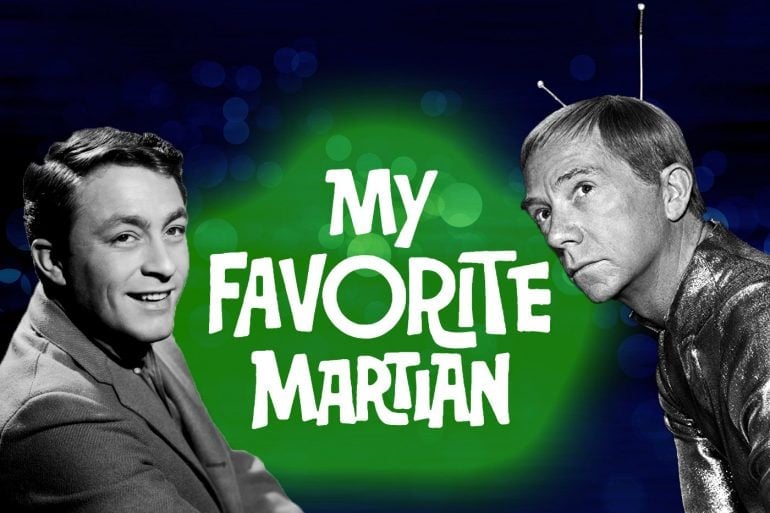 The sitcom’s premise was simple: extraterrestrial visitor with special abilities lands on earth, he finds a human who will keep his secret and help him blend in, and hijinks ensue.

MFM quickly became a fan favorite, and entertained audiences for three years. Eventually, Walston reportedly indicated that he wanted to move on, and the show was canceled shortly thereafter.

More than a decade later, there would be another hit TV series — Mork & Mindy — with a similar theme. Robin Williams’ show was, in fact, a spin-off of a Happy Days episode entitled “My Favorite Orkan.”

From outer space, ‘My Favorite Martian’ among 1963’s top shows

By Charles Witbeck, Hollywood – via The Times (Munster, Indiana) September 29, 1963

According to CBS’ new comedy series, “My Favorite Martin,” to be seen Sunday nights this fall opposite Walt Disney and “The Travels of Jaimie McPheeters,” a Martian looks just like any other American, and is one hundred times as smart.

True, this Martian with sandy hair and a commanding, distinct voice has a pair of antennae that can occasionally be seen protruding from his head: he can make animals disappear, make himself invisible just like that, and out-think any weak-minded earth creature, since he comes from Mars and a culture millions of years older than ours. 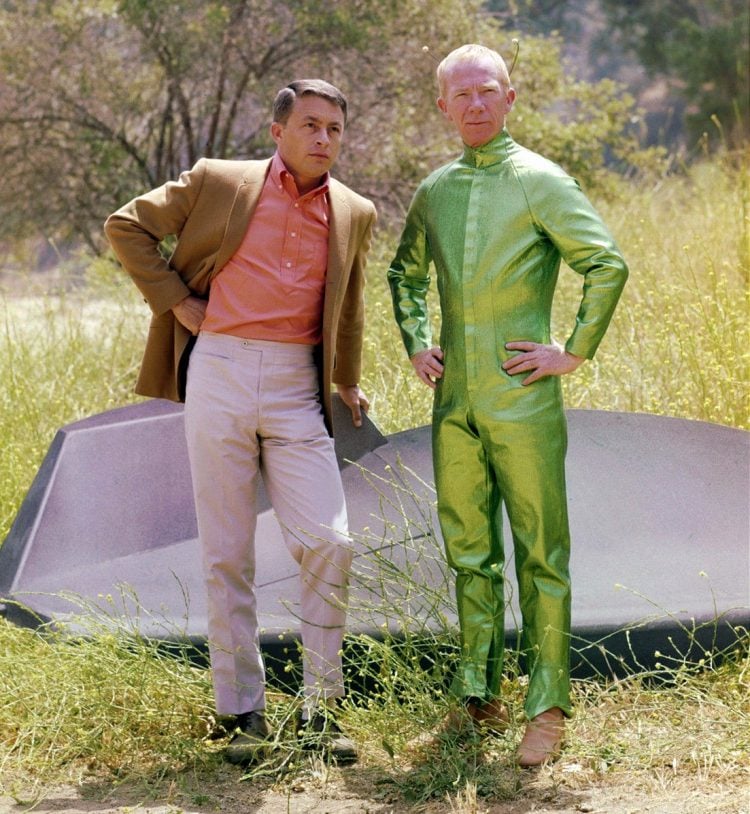 These ingredients have been put into a show which follows “Lassie,” and its aim is to bring the grownups and kiddies together for 30 minutes as an intro to the Ed Sullivan vaudeville hour.

Mr. Sullivan hasn’t been given much of a lead-in with “Dennis The Menace” during past seasons, but this fall Ed thinks he has a proper sendoff.

Judging from the pilot. “My Favorite Martian” could easily turn into another “Topper” series for it uses the famed disappearing object stunt every five minutes.

Says Broadway actor Ray Walston who plays the wizard Martian: “I hope we don’t turn this into a gimmick show. We really don’t have to resort to tricks.

“As a member of a superior culture, I can comment on the follies of the earth race, and we could come off with a satirical series. If we can strike a suitable balance between the tricks and satire, we’ll be all right.”

As a Martian Ray cracks up his space ship and is discovered by a reporter, Bill Bixby. The reporter’s job is to hide the Martian until his ship is repaired, which will be never, or in the last show on the series.

Reporter Bixby can’t turn the Martian over to authorities, because there is no way of proving this normal-looking man comes from Mars. 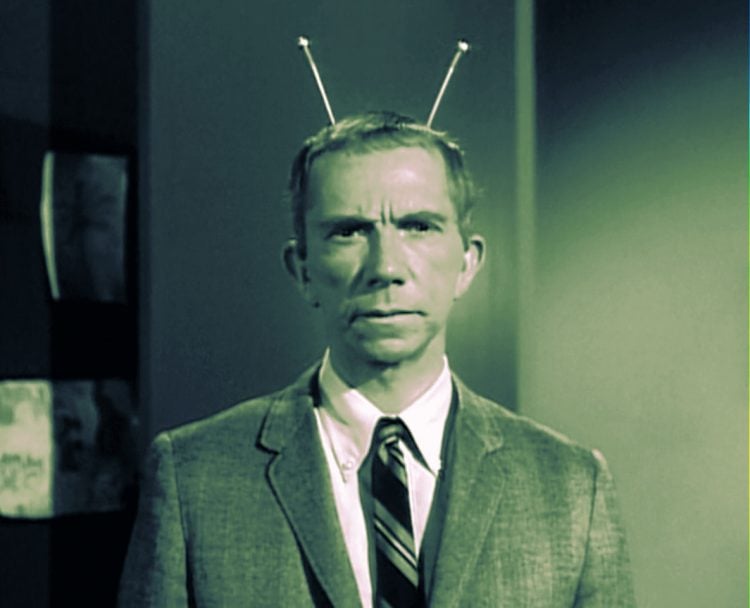 “I think they ought to make the Martian as attractive as can be and not a silly human,” says Ray. He wants to have a little romance, too, on the series, and be treated not as a freak, but just a very intelligent man.

Ray specializes in otherworldly creatures, and is best known for his role of the devil in the musical and movie versions of “Damn Yankees.”

The Walston voice has a special crispness and authority to make the Devil part convincing and he can put glitter on his eves to round it off.

“It’s a strange look,” says Ray. “What a thing to live down!” Broadway genius George Abbott, who has had a going business in the theater with Walton, describes Ray’s eyes as “mean eyes.”

ALSO SEE
Back in the &#039;20s, millions of people believed Mars was populated by a super-race of Martians

“Mean eyes” is now a cultured Martian. Instead of pointed ears, Walston sprouts antennae. But the voice is the same and the glitter in the eyes remains. And the moment Walston gets out of his spaceship, he commands attention.

It’s really about time Ray had a big part for a national audience. He won’t let them down, but the material might. 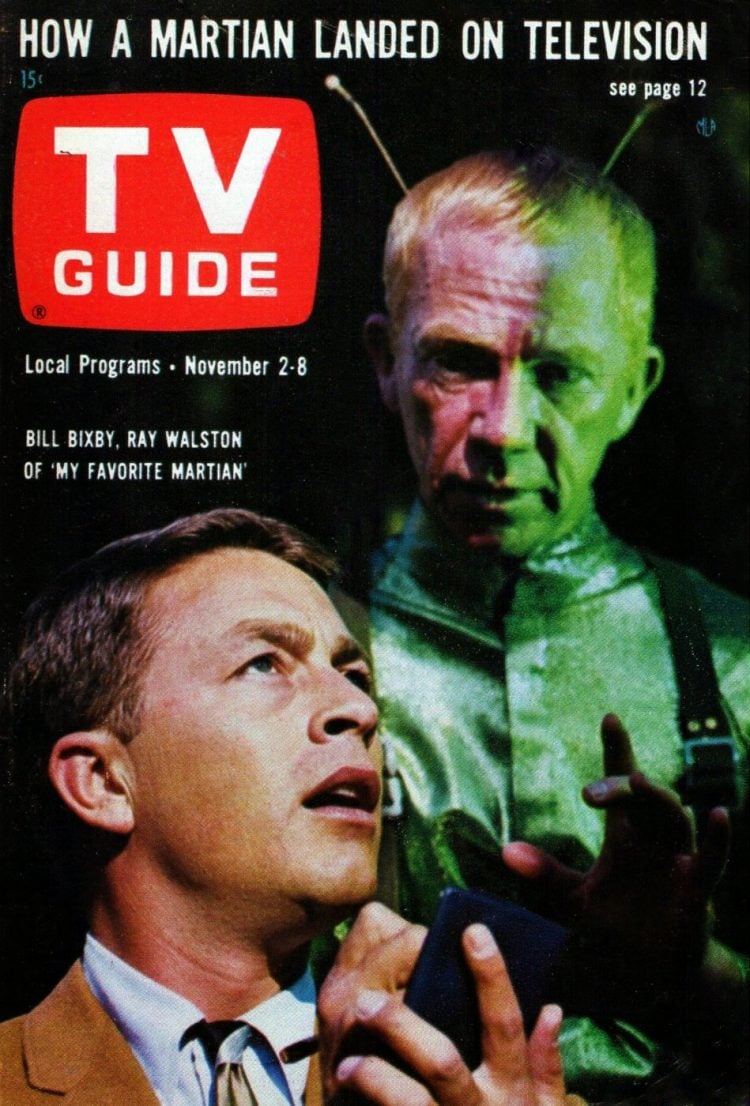 A former member of the famous Actors Studio, Walston is trying to break away from his billing as a musical comedy performer and get back to straight acting.

“I was the most ill-equipped musical performer you could find,” says Ray. “When Mr. Abbott first put me in a musical revue, I couldn’t sing a note or dance a step.”

But it didn’t matter. Playing Luther Billis in the “South Pacific” road company, Walston tore the house down nightly as the wheeling-dealing sailor.

Oscar Hammerstein had to fly to Los Angeles to cut the show, because Walston, as Billis, got so many laughs. The show would run over the 11:30 p.m. union deadline. which meant the union people had to be paid overtime and that had to stop.

In spite of such successes, Walston says the musical comedy roles killed him as an actor — producers won’t think of him in any other light.

“And I hear Eli Wallach is dying to do a musical,” says Ray. “I tell you he’s crazy.”

As the far-out Martian, Walston may change the image. But to an old Walston fan, the sandy-haired fellow in the smart business suit is still the Devil even if he came by way of Mars.

‘My Favorite Martian’ Moves in on Disney

In a New York bar recently, a man walked up to his pretty date, raised his hands to his eyes imitating TV’s Martian mind-reading stunt, and said: “I know what you’re thinking, and I’m glad.”

“My Favorite Martian,” a CBS Sunday night comedy hit, has become a surprising winner, competing against Walt Disney, pleasing youngsters who love to see the man from Mars raise his antenna, read minds, disappear and make objects move through the air merely by pointing his forefinger.

Though it’s strictly a gimmick show aimed at youngsters, grownups, too, have become hooked, like the New Yorker and his girl. 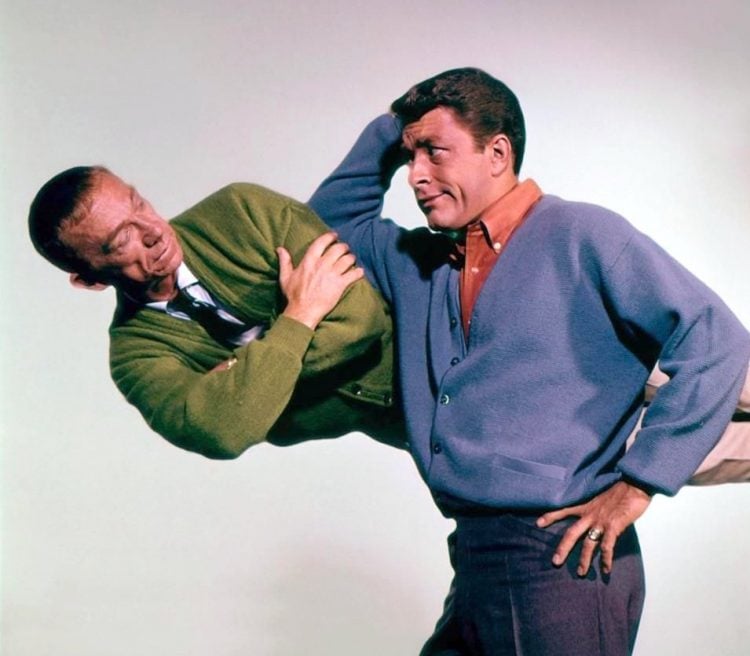 Before the series began, the Martian, Broadway’s Ray Walston, known for his “devil” roles, ventured the opinion “My Favorite Martian” might cut into Disney a little, “but I didn’t expect we would do this well,” Ray said the other day in TV land.

Likes being a winner

Naturally, Walston loves being with a winner. He wanted one badly to combat his “devil” image on Broadway and his reputation as a musical comedy actor. That image has been wiped clean. Ray is now the fella with the cute antenna, and is called “Ray Martian” by strangers. Forget the Walston. 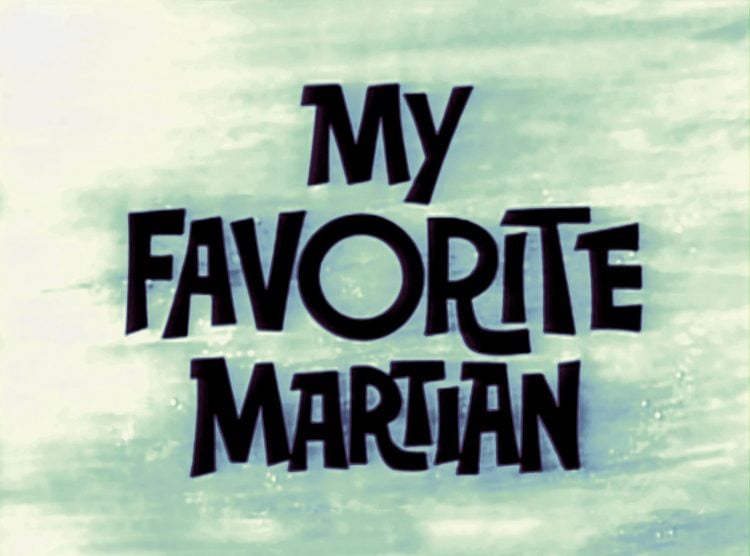 “The usual thing is happening,” says Walston. “A lot of people are speaking now that passed me by before — even actors. It’s disgusting.”

After making the pilot, Walston hoped the series would be a combination of tricks — levitation, the disappearing act, sprouting antenna plus bits of philosophic talk dropped by the erudite spaceman.

The intellectual approach was nixed by the network. “This is a comedy show, let’s keep it that way, right!” says Walston.

The original plan scheduled a different girl each week to whet the male viewer’s appetite, but that, too, was dumped shortly.

“Fans only wanted to see the Martian do his tricks,” says Walston, rather proudly. 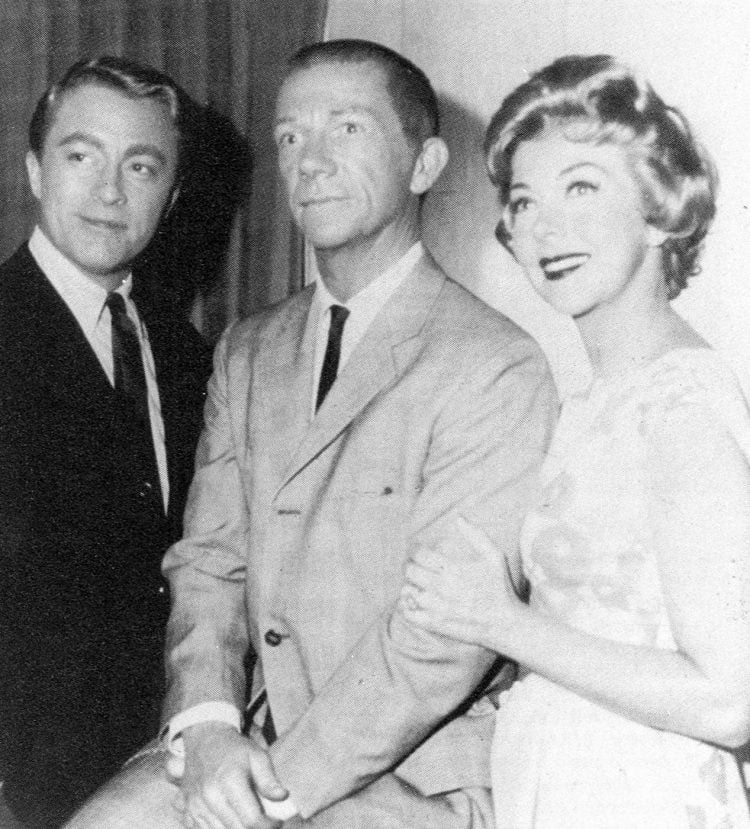 Another space gimmick that seems overlooked in scripts is space lingo — the so-called scientific mumbo jumbo valued so in cartoon books.

“I thought we should make use of the jargon,” said Walston, “but producer Jack Chertok wanted no part of it. I was wrong. Kids don’t miss it a bit.”

Occasionally Walston has Martian terms in the script — only they have a very American sound to them. For instance, he was given the word “blurbs” to designate some Martian electronic unit. Walston pronounced it backwards and made it sound foreign and space-like. “I hope we give it a try next season.”

One thing youngsters might pick up from the Martian is enunciation. Actor Walston speaks clearly and concisely compared to other actors on the series, and it is a most noticeable difference.

Apparently no one cares to copy Mr. Walston as he continues to speak clearly in an area where mumbling is supreme. Nobody seems to get the message in this series, so it should be spelled out. Remember kids, Martians do not mumble! 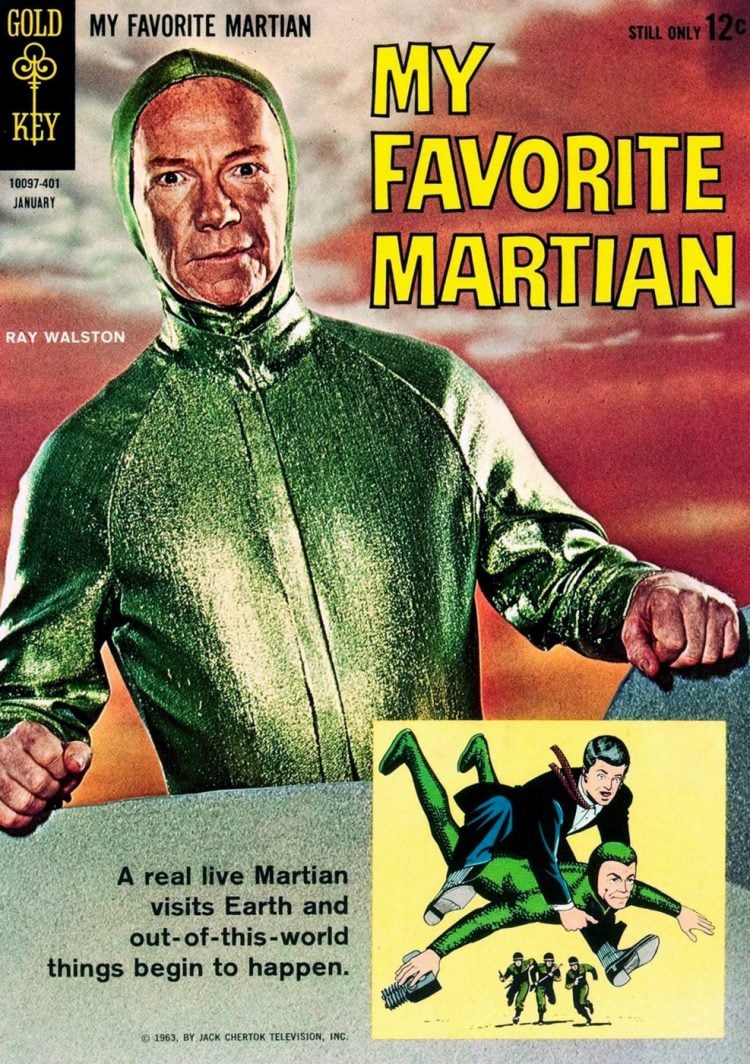 On the other hand, audiences quickly accept the Martian’s ability to disappear, move objects simply by pointing a finger and raise an antenna.

Fans even accept his mind-reading stunt. This is never explained, and questions aren’t even raised as to why the man can read minds at one time in the story and not in another. No one cares, It’s just done.

The series has been renewed for next season without any major changes in view. Walston says he will continue to save his money, and hopes when “My Favorite Martian” dies out, he will be able to come up with a new show related to the spaceman. He keeps in shape riding a bicycle about the lot, and lifts weights.

“It gives you more stamina,” he says, “but muscles I cannot grow. I’ve been doing this for some time — back to the days of dynamic tension, and my muscles are just about the same. I really used to work hard at it — three times a week at a local gym.”

Walston was an amateur boxer

Actor Walston was also an amateur boxer before he used good, clear diction, and says he still punches a heavy bag and a little one, so don’t think the Martian is soft.

The Hollywood life has made a difference. “I am softer,” he says. “When I think of doing a Broadway play, eight shows a week, I groan. It’s too hard after living out here.”

Perhaps this is a reason why theater in Los Angeles doesn’t exactly bloom. Walston has a theory on this also. “I’ve come to think actors want to be actors in movies, not on the stage. Acting on a stage means nothing at all to them. Once you become a movie actor, you’ve reached the top.” 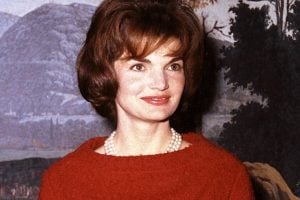 See why Jackie Kennedy was a major vintage fashion icon 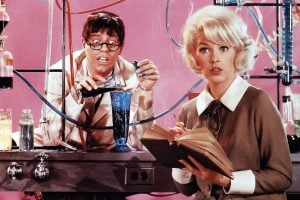