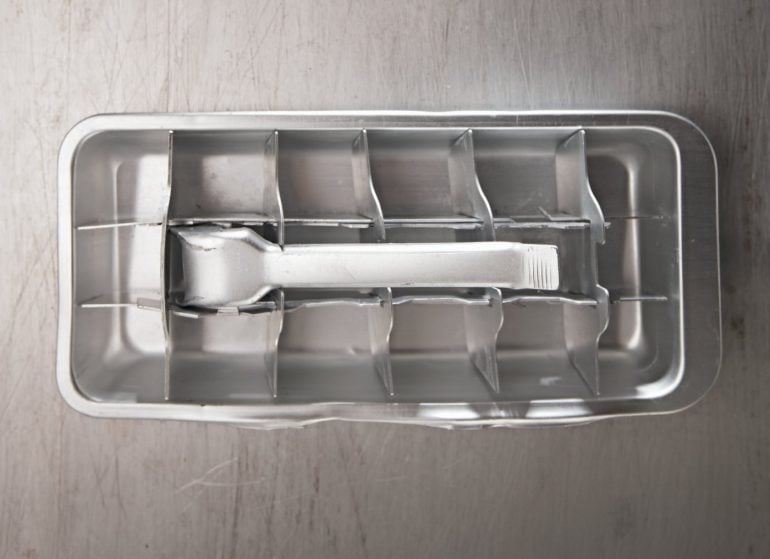 Remember the days when fridges made their debut, and how excited the little housewife would get if you asked to see the ice-making section of the machine? She’d fairly bubble over with enthusiasm, in fact, and would have the fridge’s innards displayed on the table before you could take a firm grip on the back doorknob to make a quick exit.

Out would come the ice tray, first off. In those days, ice cubes were made just as beautiful as now, but to get the little beggars out of their compartments was the ordeal.

I remember watching a friend of mine try to extract a single cube from the jaws of a tray that made tooth-pulling look like kid’s stuff. Smiling all the while… for my benefit… she tugged, soaked the tray, nonchalantly smacked it against a metal portion of the sink before succeeding in loosening the confounded things.

The ice cube in question bounced out, but then the remaining cubes — and there were enough of them to store a moose for the winter — looked very soppish after their warm water treatment, and had to be thrown out… this is not so now!

The new aluminum ice cube trays have introduced a lever system of popping the icy morsels out of their shells.

ALSO SEE
How to be a perfect '50s housewife: Love your refrigerator!

Vintage metal ice cube trays: What makes a party delightful in a hurry? (1955)

Children’s thirst is impatient! It seems to take forever to get ice cubes from ordinary trays. The splashing at the sink… handling a frigid block of ice… getting too few half-melted ice cubes after all!

There’s nothing like it, really! There’s no other way to get ice cubes… one, two or a trayful… with the instant convenience of the Inland “Magic Touch” ice tray!

Lift! Tilt! And there you are… all the ice cubes you need, each one dry, free, supported by the grid. Slip two or more out… and leave the rest for later. It’s actually that easy… that convenient.

Inland Magic Touch ice trays are made in alluring colors now… blue or gold, as well as aluminum, to suit your fancy. Get them at your dealer’s, to replace the outmoded trays in your present refrigerator.

The new “Magic Touch” honeycomb ice cube trays turn the trick. Just flip the “Magic Touch” lever and a trayful of full-size cubes pops free instantly! Dry, decorative, ready to use. No running water over them… no hammering or smashing.

Toss old worn-out trays. Buy several “Magic Touch” honeycomb ice cube trays — and be sure they are in your new refrigerator.

ALSO SEE
Forget kitchen cabinets - install a wall-mounted refrigerator! (Yes - this was really a thing in the '50s) 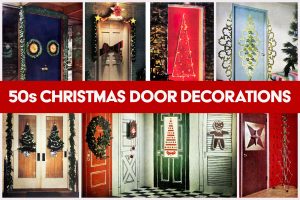 25 ideas for Christmas door decorations from the 1950s: Be inspired by doors of yore! 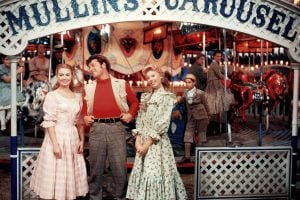 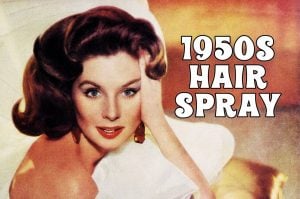 1950s hairspray brands: See the most popular styling products they used back in the day