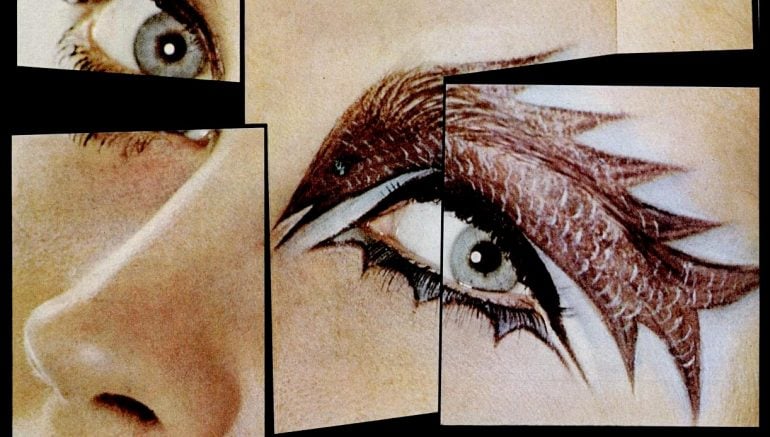 This is the year of the eye. The orb and its surroundings are getting more attention than the knee, the waist or the bosom, and this has produced a whole new fashion art form.

These fantastic samples of eye makeup are the creations of Pablo, Elizabeth Arden’s makeup designer, who won a special Coty American Fashion Critics’ award. His eyes are done in a variety of techniques. 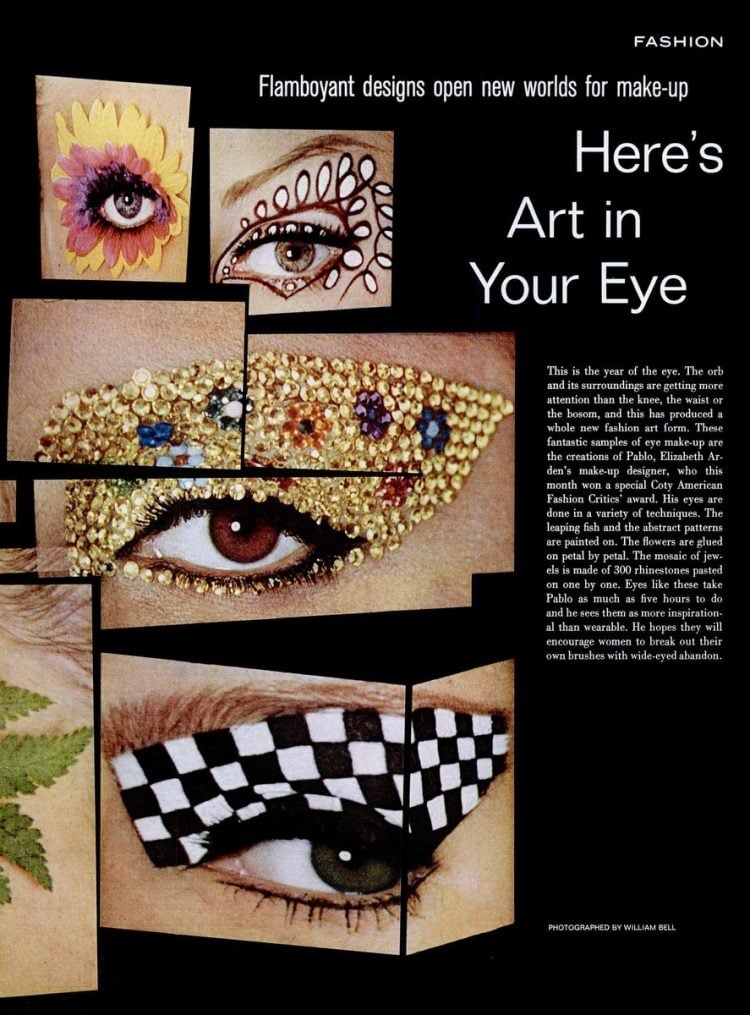 The leaping fish and the abstract patterns are painted on. The flowers are glued on petal by petal. The mosaic of jewels is made of 300 rhinestones pasted on one by one.

Eyes like these take Pablo as much as five hours to do and he sees them as more inspirational than wearable. He hopes they will encourage women to break out their own brushes with wide-eyed abandon. 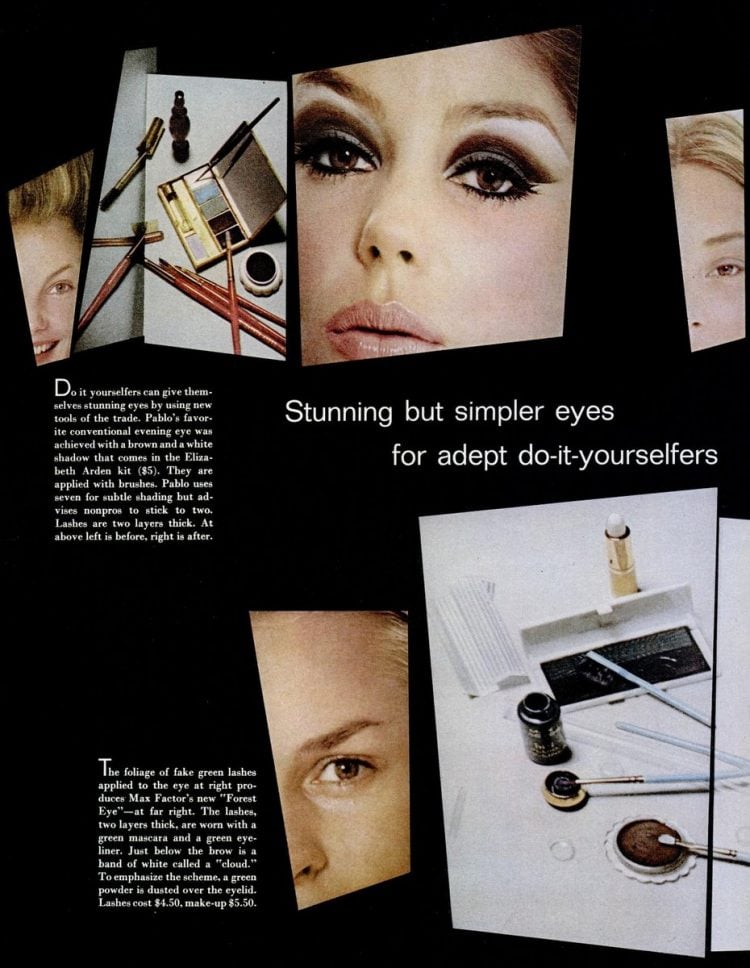 The intricate process of painting and pasting

Twenty years ago, a face was all mouth — today it’s all eye. The switch has taken a generation but the changeover is total. Ten years ago, the sale of products for beautifying the eye came to $7,000,000. Last year sales were up to $30,000,000 — and this year they will be even bigger.

What sent the figures soaring? As with so much else these days, the teenagers. Born too late to the nostalgic about bright-red mouths, they latched onto the postwar European look of big eyes in a pale face, a look launched by Left Bank Parisiennes in cellar cafes, the girls who also launched boots, turtlenecks and long, straight hair.

Unlike their mothers, US. teenagers had no qualms about eye makeup being theatrical and “not really nice.” Now, an astonishing 95 percent of them probably use some eye makeup. What’s more, so do most of their mothers.

Once eye make-up consisted of mascara, eyebrow pencil, a cream shadow and a pair of tweezers for plucking. Now it takes twice as much equipment and the tweezers are relegated to holding the fake lashes. The girl who sits down to her mirror has to know almost as much as a professional model in order to achieve a successful eye. 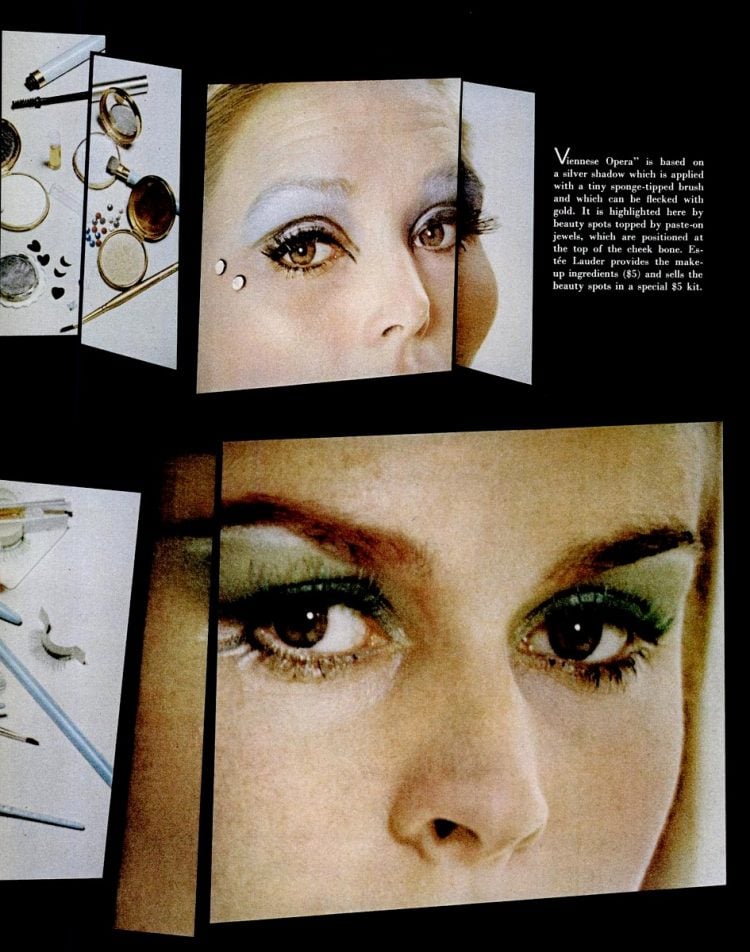 First, a foundation is put on the face to blank it out. It must be a non-pink beige, though some avant-garde types like a mat white. Then follow:

1) drawing the liner, a brown or black line drawn across the base of the eyelash;

2) brushing on eyebrow coloring to give the brow a soft, natural-looking line (tweezing down to a fine line is out);

3) painting shadows on the lids: browns and grays plus exotic colors used often in pousse-cafe layers, but never in the old matched-to-your-pupils shades;

4) applying whitener to go above the shadow to “open up” the eye and highlight the bone; and

5) brushing on blushers, brown-toned colorings, high on the cheekbones instead of rouge to accent the eye area;

Working with these tools, a woman can achieve many different effects. Mala Rubinstein, niece of the late Helena, once confided, “I feel coquettish today, so my shadow is in three parts, a touch of Jade, a touch of Golden Smoke and a hit of Holiday Highlight.” 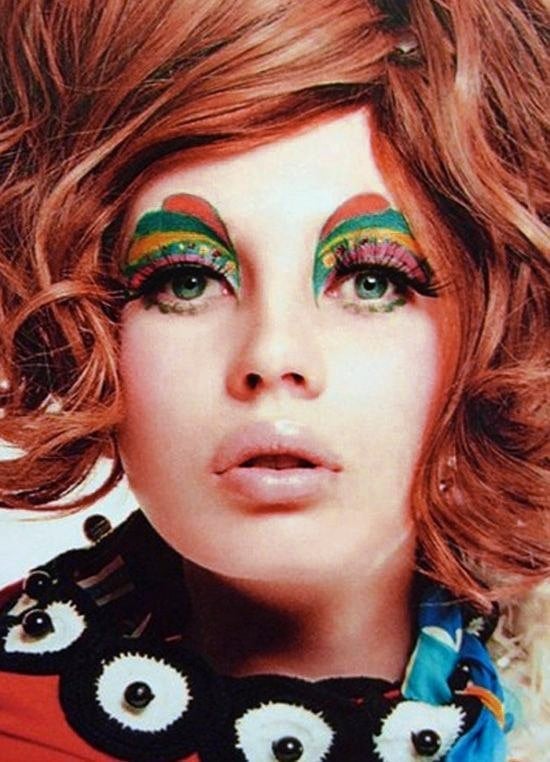 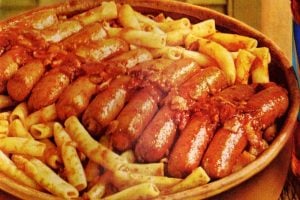 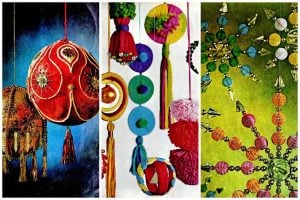 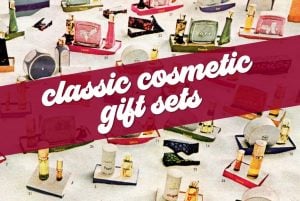 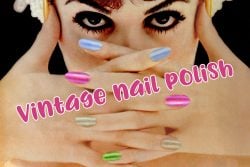 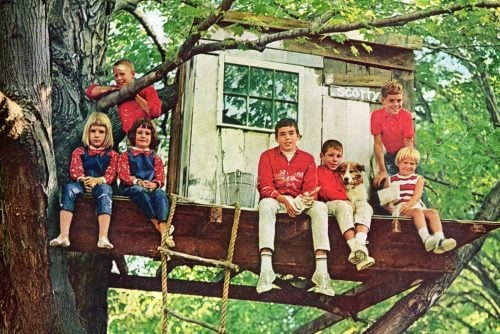 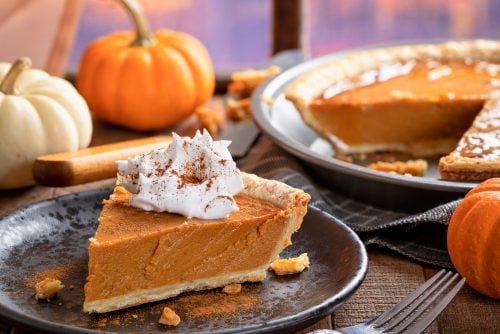