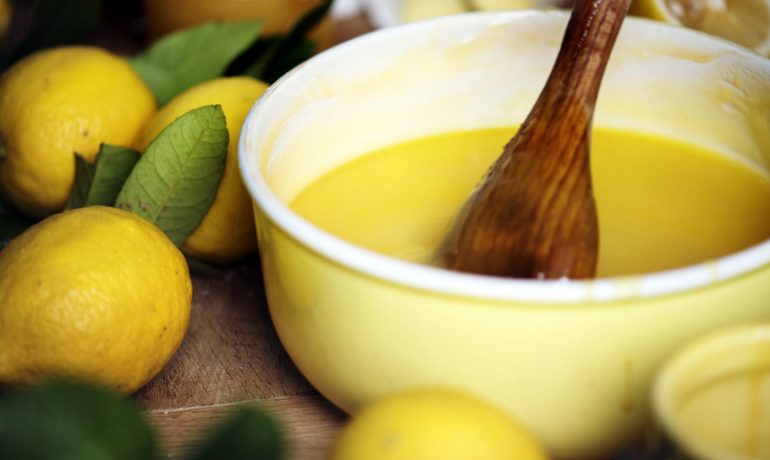 Facebook
Pinterest
Twitter
LinkedIn
Reddit
Email
Here’s a look back through time at some great old-fashioned ways to use lemons in desserts! Recipes 1 through 11 come from The Indispensable Lemon: The Ben Franklin of Fruits, by C. Houston Goudiss (1921) and 12 through 15 are were first published in The Ogden Standard (Ogden City, Utah) August 14, 1913.

Bake rich pastry over small inverted patty or muffin pans. Cool and fill with the following mixture. Lemon cheese: Melt one- fourth cupful of butter or margarine in a double boiler, add grated rind and juice of two large lemons, one cupful of sugar and three beaten eggs.

Cook, stirring constantly until the mixture starts to thicken, add one-fourth cupful of butter or margarine and continue cooking until as thick as marmalade. Cool before using. This filling will keep a month in a cool place.

Beat three egg yolks until light, add grated rind and juice of one large lemon, one cupful of sugar and one-half cupful of butter or margarine. Cook over hot water, stirring constantly until the mixture thickens. Remove from fire, beat in the stiffly beaten egg whites and reheat to the boiling point. Cool and use as filling for Lemon Queen Cakes, Jelly Roll, Layer Cake, etc. This will keep for several weeks if put in a covered jar in the icebox.

Scald one quart of milk in a double boiler. Mix one-half cupful of sugar with five tablespoonfuls of cornstarch and one-eighth teaspoonful of salt. Add one teaspoonful of grated lemon rind, one beaten egg and enough cold milk to make a smooth mixture.

Stir in the hot milk and cook over hot water until thick and smooth. Then stir in one tablespoonful of lemon juice and pour into a cold, wet mold.

Chill, turn out and garnish with jelly. A ring mold may be used if desired and the center filled with a soft custard that will serve as a sauce.

Pour into a well-greased shallow baking dish and bake in a moderate oven for about thirty minutes or until firm to the touch. Beat the egg whites to a stiff froth, add one-third cupful of sugar and continue beating until stiff. Spread over the pudding and brown in a slow oven. Serve hot or cold.

Add to the first mixture, and beat thoroughly. Fold in the stiffly beaten whites of three eggs and bake in small tins in a moderate oven about twenty minutes. Cool, cut off the tops and remove a little of the crumb. Fill with Lemon Jelly Filling, replace tops and sprinkle with powdered sugar or spread with confectioners’ sugar icing.

Beat four egg yolks with one cupful sugar until thoroughly blended. Then add grated rind and juice of one large lemon and one pound of cottage or pot cheese that has been rubbed through a strainer.

Mix thoroughly, fold in the stiffly beaten whites of four eggs and pour into well-buttered individual ramekin dishes or into small saucers. Stand the molds in a pan of hot water and bake in a moderate oven about twenty-five minutes. Serve cold.

Let stand until cold, then add two-thirds cupful of lemon juice or one- half cupful lemon juice and the juice of one orange. Strain and freeze, using two parts finely cracked ice to one of ice-cream salt.

Beat in stiffly beaten whites of two eggs. Put in a glass dish one cupful of stewed figs or prunes cut in small pieces, one orange and one banana cut in thin slices. Pour the gelatin mixture over the fruit and chill before serving. Serve with a custard sauce.

Stir one-fourth cupful of granulated tapioca into one and one-half cupfuls of boiling water and cook until transparent. Add one cupful of sugar, one- third cupful of lemon juice and one teaspoonful of grated lemon rind. Cool the mixture slightly, then fold in two stiffly beaten egg whites. Chill and serve with custard sauce.

Beat three egg yolks with six tablespoonfuls of powdered sugar and grated rind of one large lemon until very light. Add one tablespoonful of lemon juice and fold in the stiffly beaten whites of three eggs. Pour into a shallow greased dish and bake in a moderate ovek about twenty minutes, or until golden brown. Serve immediately.

Mix three-fourths cupful of sugar and five tablespoonfuls of cornstarch together; add juice and grated rind of two lemons and two well-beaten egg yolks. Stir in one and one-half cupfuls of boiling water and cook, stirring constantly, until thick and boiling.

Remove from fire, cool and pour into a baked pie shell. Cover with a meringue made of the beaten egg whites and four tablespoonfuls of powdered sugar. Brown meringue in a slow oven. This is enough for one medium-sized pie.

Instructions: Boil the rice in water for one-half hour; then drain and add the milk and butter. Beat the yolks of the eggs with the sugar until light. Add this to the rice and milk with the grated rind and juice of the lemon. Mix well together.

Place some custard cups in a pan half-filled with boiling water fill the cups two thirds full of the rice, place over a hot fire and boil until the mixture becomes a thick custard — about twenty minutes. Beat the egg whites stiff with three tablespoonfuls of powdered sugar. Cover the cups with this meringue and set in the oven to brown lightly. Set the custard in a cold place.

Instructions: It is an economy to save lemon skins. After extracting the juice, clean out the white skin and throw it at once into cold water. Bring them to a boil, boil for five minutes and drain. Cover with boiling water and boil again until tender.

Prepare a syrup from one-half pound of sugar and one-half cup of water. Bring to a boil and skim. Put in the lemon rinds and cook until transparent.

Instructions: Extract the juice of the lemons and add the sugar, then add the milk. The mixture will curdle, but this makes no difference. Freeze at once. This is a simply made and delicious ice.

Botanically, the lemon belongs to the citrus family, that group so important to health, which includes the orange, lime, grapefruit, pomelo, tangerine and kumquat.

The lemon branch of this family is itself numerous, there being more than half a hundred different varieties. While these differ as to size, flavor and individual characteristics such as the thickness of rind and color, they are largely alike in their inherent qualities.

Like pears, they must be picked green and allowed to ripen off the tree in order to be at their best. If permitted to remain on the tree until yellow, they become coarse and far less desirable than when picked green and matured in artificially heated rooms. 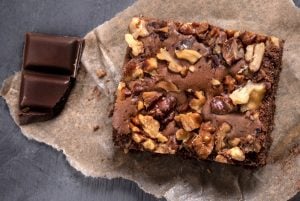 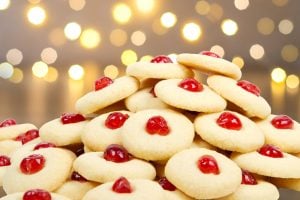 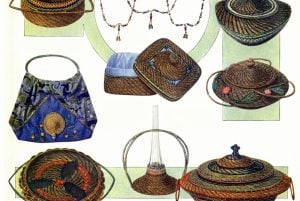