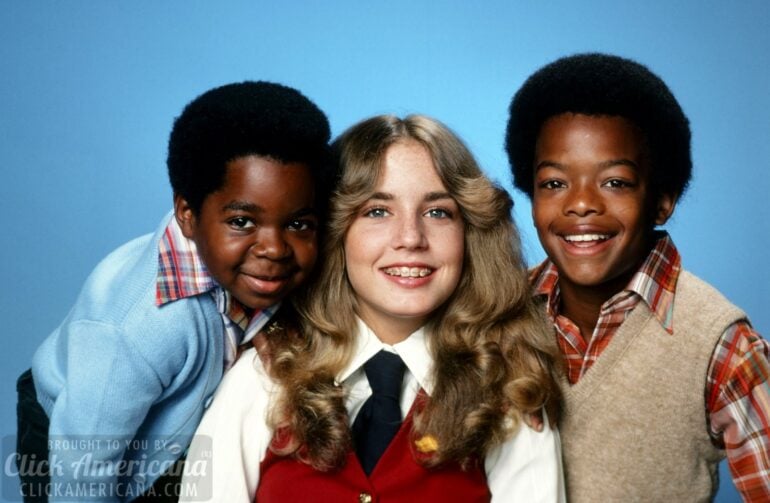 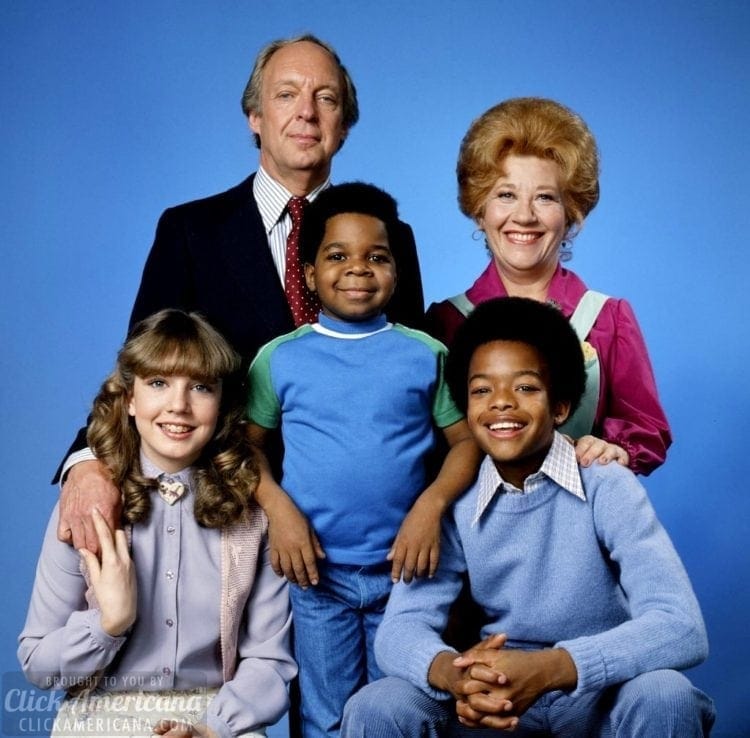 Gary Coleman stars as Arnold, a street-wise youth from Harlem, who is adopted by a white millionaire and becomes confused and suspicious about his sudden change of fortune on NBC-TV’s new [1978] comedy series, “Diff’rent Strokes.”

Now, the world don’t move to the beat of just one drum
What might be right for you, may not be right for some
A man is born, he’s a man of means
Then along come two, they got nothing but their jeans

Everybody’s got a special kind of story;
Everybody finds a way to shine.
It don’t matter that you got not a lot
So what?
They’ll have theirs, you’ll have yours, and I’ll have mine
And together we’ll be fine 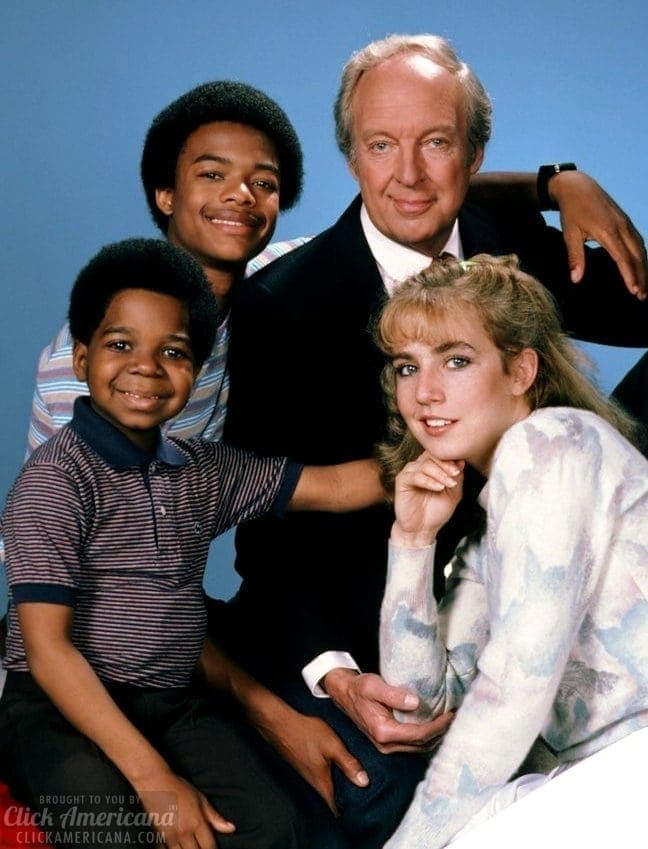 “Diff’rent Strokes” is the only new show that NBC held onto in its recent Operation Clean Sweep, and I’m hard-pressed to figure out why. It’s a half-hour comedy dismally devoid of believability, character development and comedy.

Perhaps its only redeeming social value is that it’s a show both blacks and whites can hate.

Drummond (Conrad Bain) is a blue blood with nothing but time and money on his hands. Out of the Ozzie Nelson-Fred MacMurray mold of sitcom fathers, he has no evident job or responsibilities, other than to putter around the house in a cozy cardigan sweater, searching for a chicken drumstick and acting cheerfully befuddled at the zany tomfoolery of the younger generation.

The twist here is that Drummond’s kids are a pair of black ghetto youngsters; they were his maid’s children and he has adopted them. The idea is to watch them wander about in Drummond’s splendid townhouse, innocent of the ways of the white aristocracy. Drummond, in turn, is supposed to gain some street smarts.

Yes, you’re right — it is “The Beverly Hillbillies” in blackface.

Instead of the Clampetts, we have Arnold (Gary Coleman), the resident half pint cutie, who sounds like he’s been doing a lounge act in Vegas for the past 25 years.

Older brother Willis (Todd Bridges) must swallow any personality he might have to serve as Arnold’s straight man. He has no other reason for existing. Nor does Drummond.

The dialogue is straight set-up and punchline. Arnold steps constantly out of character to deliver the blows. “Why are you reading a ‘Superman’ comic?” asks Drummond.

“Because I’m too young to appreciate ‘Wonder Woman‘,” responds Arnold, who is also too young to make that remark.

“Am I interrupting something, boys?” asks Drummond when he comes in on Arnold and Willis locked in heated debate. “No,” snaps Arnold. “We’re just sitting here resisting temptation.”

For stories “Diff’rent Strokes” leans to fresh fare like Arnold hiding under the kitchen sink to avoid a spanking. Everyone thinks he’s run away. Panic ensues. The police are called.

They did that one on “Father Knows Best” in 1957, except Bud hid in the cellar because he had just experienced a growth spurt and was too big to fit under the sink.

One of the episodes I saw actually sought to score a serious point. Drummond tries to get the boys into his old prep school, only to discover that the entrance exams are discriminatory.

However, he reaches this insight while dressed in his old prep school uniform, complete with beanie cap. Anything for a bad gag — it’s the sort of lack of creative discipline that sank Jerry Lewis’ last 10 movies.

For subsidiary characters, “Diff’rent Strokes” features a cook with a fondness for sherry, and Drummond’s Typical Teenage Daughter, Kimberly, who bears as much resemblance to your basic teenager as Arnold does to Mamie Eisenhower.

I would shrug this show off if it weren’t the only one the network considered “hot” enough to keep on the air. If “Dif rent Strokes” is any indication of the programming to come in January and February — and we have no alternative but to take it that way — then we’re all in for a long, cold winter. 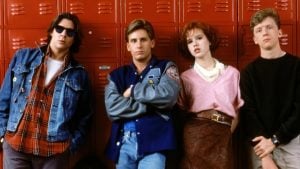 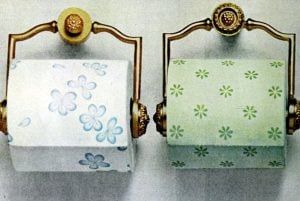 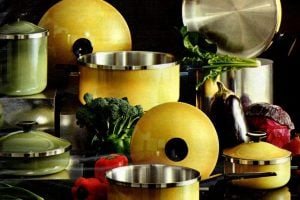