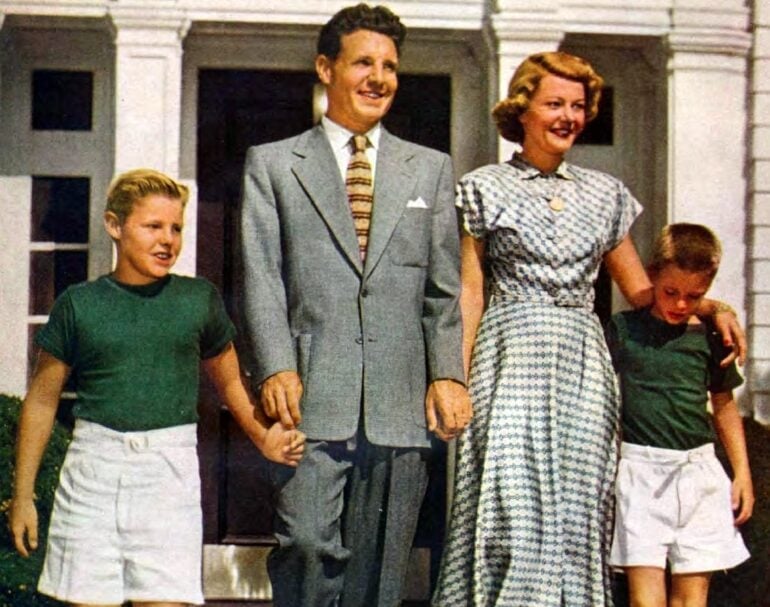 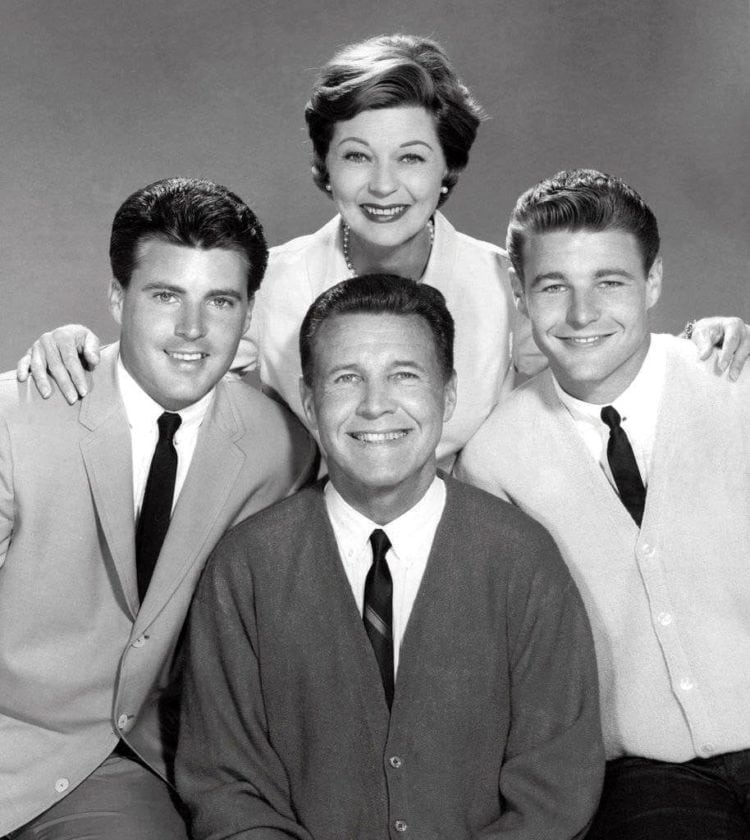 “The Adventures of Ozzie and Harriet” begins its second decade of telecasting with its fall bow September 27 on ABC-TV. Including its long run on radio, the weekly half-hour family situation comedy series is actually starting its 19th consecutive year on the air. It thus re-establishes itself as one of the most durable and popular programs in the history of the broadcasting industry.

Ozzie and Harriet Nelson, with their progeny David and Rick, are synonymous with the American family image both on and off television.

Theirs is a unique history. The Nelson boys — with their parents much in evidence — are perhaps the only people who have literally grown up before the eyes of millions of weekly viewers.

The boys joined their parents on the radio show in 1948, when David was 11 and Rick 8 years old. Ozzie has portrayed himself on the show, produced and directed it, and also been its chief writer from the beginning. And Harriet has played herself on the series since the outset.

Today, David (25) and Rick (22), in addition to their TV series, are a fraternal couplet of burgeoning showbiz talent. Bobby-sox idol Rick is a movie actor and a rock ‘n roll singer with eight “gold records” to his credit. Married brother Dave, who is also well-known to movie audiences, is an accomplished trapeze artist. 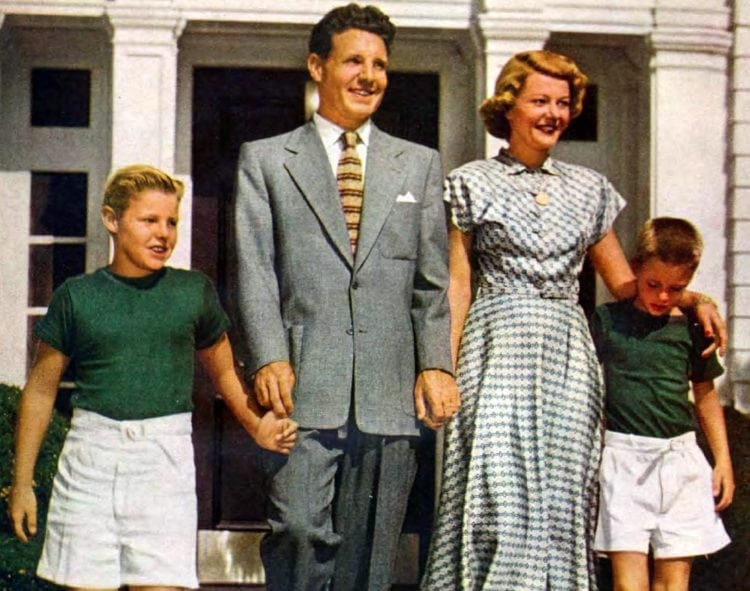 Ozzie and Harriet don’t take bows for their boys’ success.

“Ozzie and I both feel,” says Harriet, “that parents should think twice before taking bows for their children. Just as parents shouldn’t always get the blame when offsprings turn out badly, they shouldn’t automatically take credit for their success.

“We believe a child is born with a capacity for success or failure. Perhaps parents’ principal responsibility is to help mold character.”

Harriet is amused when she receives letters asking advice on “how to handle teenagers.”

“When our boys were little, I was told, ‘Wait until they become teenagers . . . that’s when the trouble starts!'” she laughed. “I’m still waiting, because so far nothing alarming has happened.”

It is obvious that Ozzie and Harriet haven’t forgotten their own youth.

“Ozzie and I wonder sometimes if perhaps a lot of folks have awfully short memories. I’m sure some who are so disturbed over rock ‘n’ roll were knocking themselves out 30 years or so ago with the Charleston. But do you think our generation would ever admit we turned out wrong? Not on your life!”

Sons and daughters often become uncommunicative during their teens. Dave and Rick were no exception.

“Ozzie and I learned that the less we asked about our sons’ private affairs, the more they told us when they were ready,” Harriet recalls. 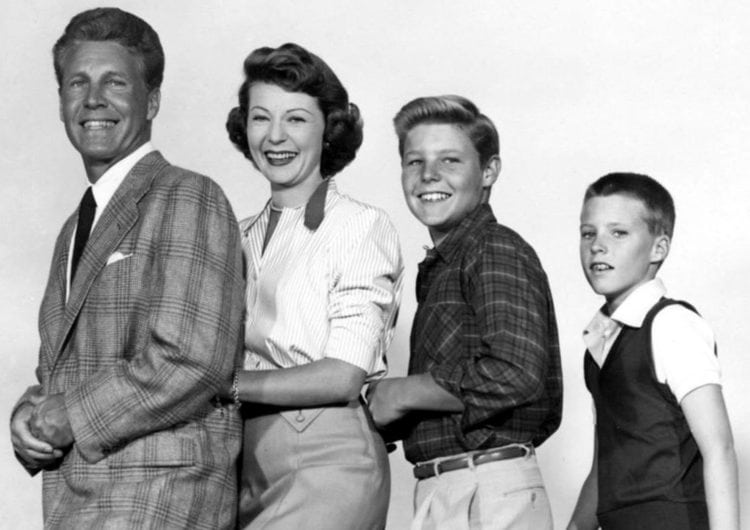 The Nelsons are together much more than most families, and Mrs. Nelson observes: “I’m sure our sons have a greater understanding of and respect for their father because for the past 14 years they’ve watched him work day after day. They see first-hand the many problems he must solve as producer, director, chief writer and actor of our family show. If, at the end of a day, Ozzie is tired, they know why.

“Ozzie and I are careful about respecting the boys’ privacy. We are always around if they need our advice, but we never ‘pry’ into their personal affairs.”

Although the Nelsons are a closely-knit family in their personal life, just as they are on the air, Ozzie and Harriet have gone along with their sons in their desire to have living and/or rehearsal quarters of their own.

For instance, before Dave married, June Blair, who is also his TV wife, he had his own house in the Hollywood Hills. Rick divides his time between the family home and a place of his own — a small rehearsal cottage located behind the family home.

“Harriet and I had the cottage built several years ago when Rick’s recordings first started to catch the public fancy, and music began to take up more and more of his time,” Ozzie explains.

“It’s really no more than a music studio — a place where he can keep his instruments, rehearse new songs and work out musical arrangements.”

“It was partly self-defense,” Harriet adds. “We had to get some sleep.”

“Typically, Ozzie and Harriet have allowed their brood to carry a major share of responsibility. As much as they could handle, in fact. Ozzie figured that if the kids weren’t permitted to make decisions when they were young, they might not be able to make them when they were adults. 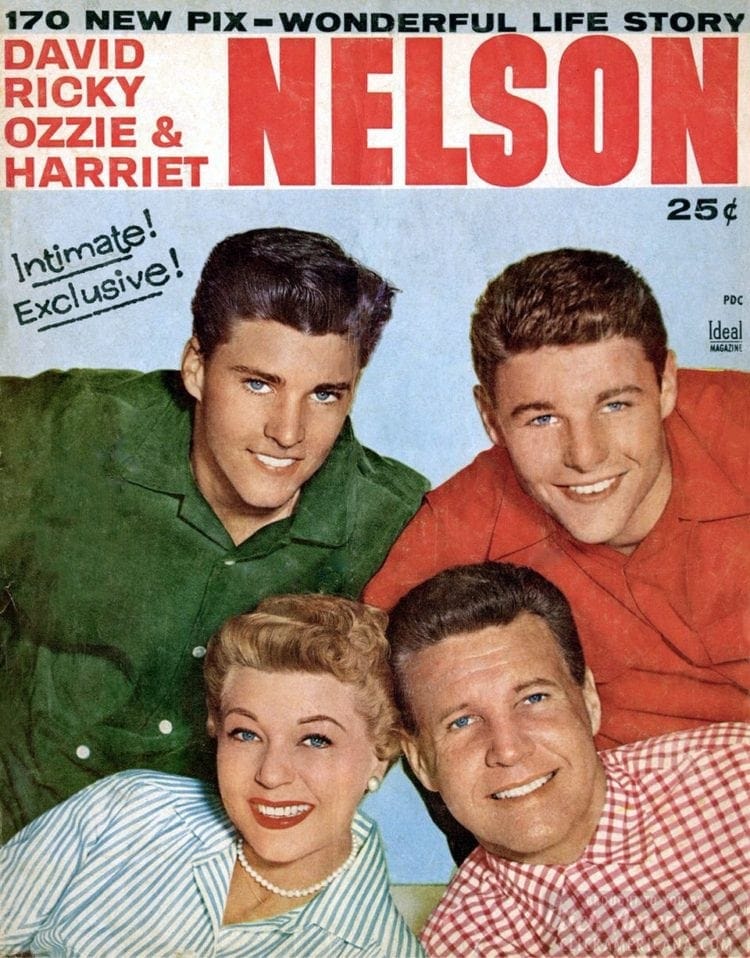 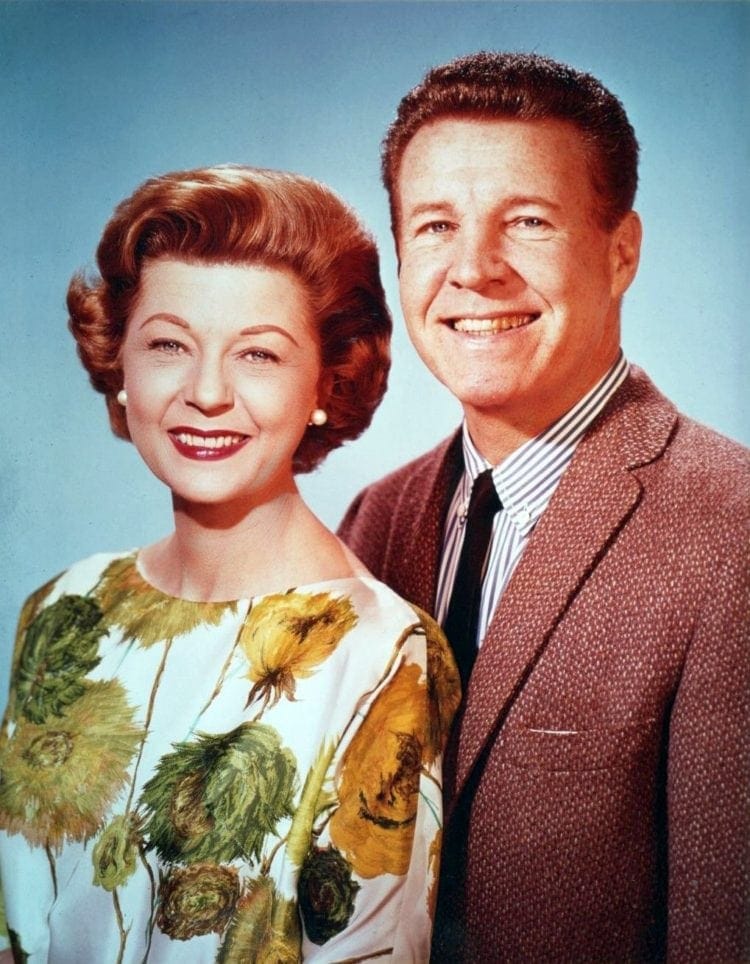 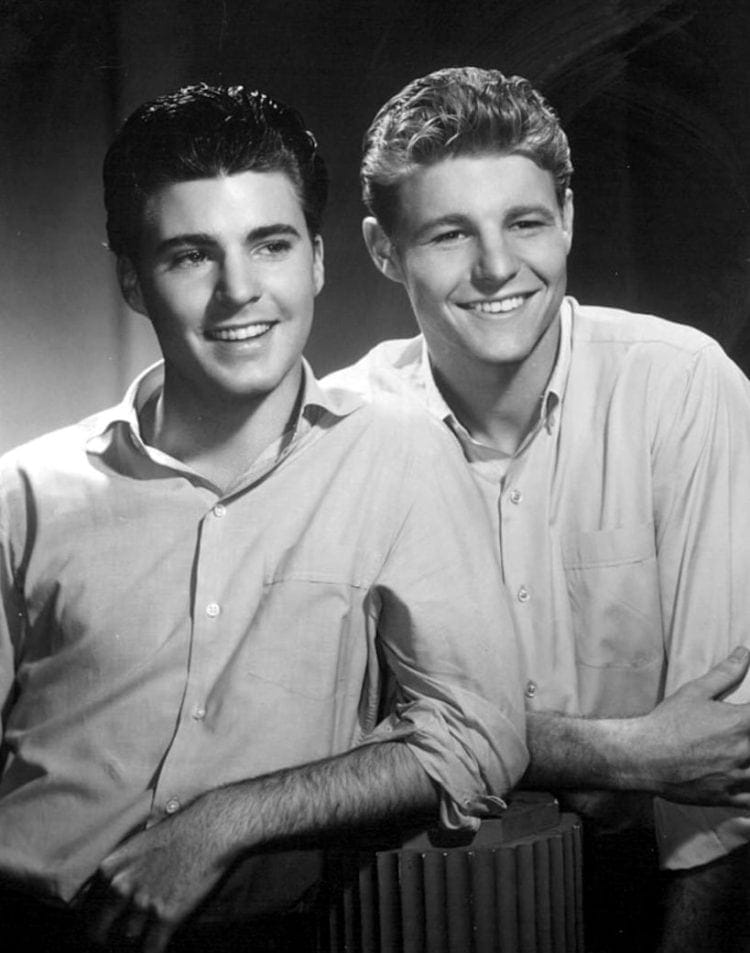 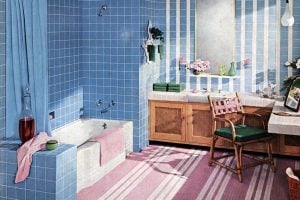 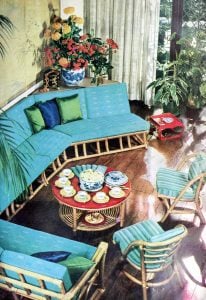