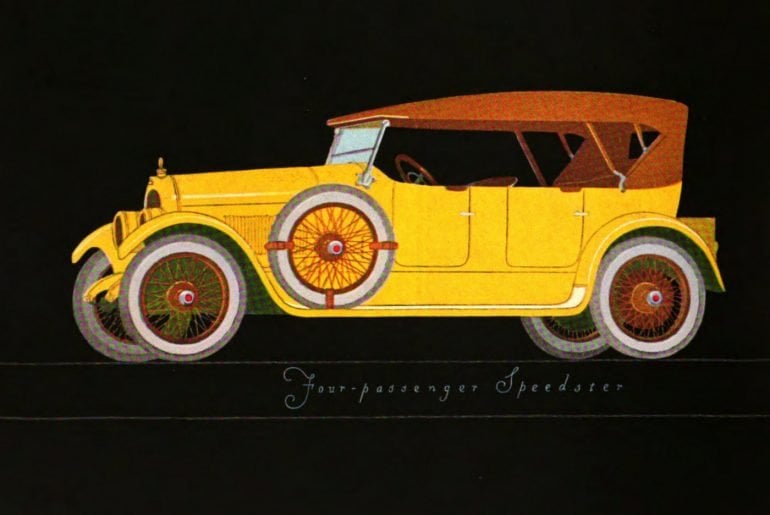 Millions of Americans are unable to drive a car, says expert

Strange as it may seem, there are probably still left in America millions of persons who do not know how to drive an automobile.

With some two million cars being manufactured annually, there are many new owners who must learn the art of driving from its very beginning.

It is quite evident to folks who frequent our highways either on foot or in motor cars that even some who have owned their cars for some time have not yet become very skilled in mastering them.

The prospective driver seats himself behind the wheel. It is a good idea to have an experienced man by his side until he gets on to the fundamental principles of driving. 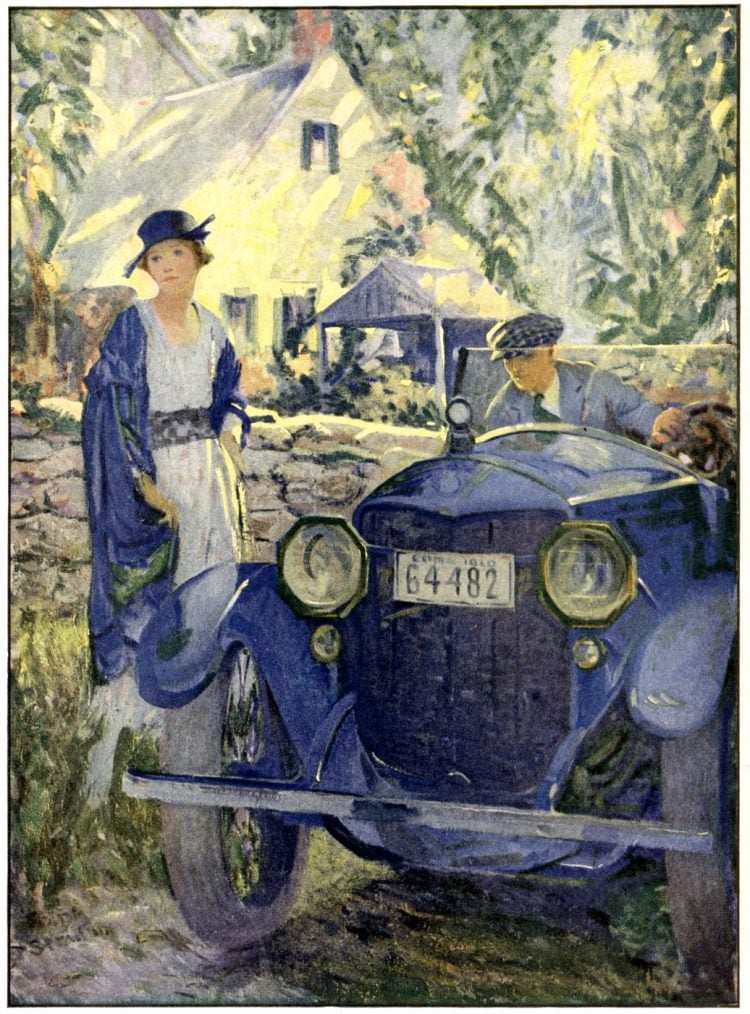 One of the first things to do, of course, is to start the engine. This he does by stepping on the self-starter pedal. If there is no self-starter, he will be required to get out and crank the thing.

But before starting the engine, there are a few preliminary details that need attention, and they are very important, too.

For instance, he should place the gear-shifting lever in the neutral position, put the emergency brake on, retard the spark fully, or if well acquainted with the motor, to a point where the spark will surely occur after the crank has passed top center.

Open the throttle about one-third. (After getting acquainted with the machine he will find a position for the throttle where the motor will always start best.) Put on the switch. If the motor habitually starts hard, prime the carburetor.

After the engine starts, close the throttle and advance the spark about three-quarters. If the engine has been started on the battery and a magneto is used, switch immediately from the battery to the magneto. Do not allow the motor to race. When running idle, it should turn over at its slowest speed.

Always place gear lever in neutral when the car is stopped, and make sure that it is there before starting the motor. Don’t let the car stand with the motor stopped in the wintertime, unless the radiator is filled with anti-freeze solution. Look the car over thoroughly after each run. 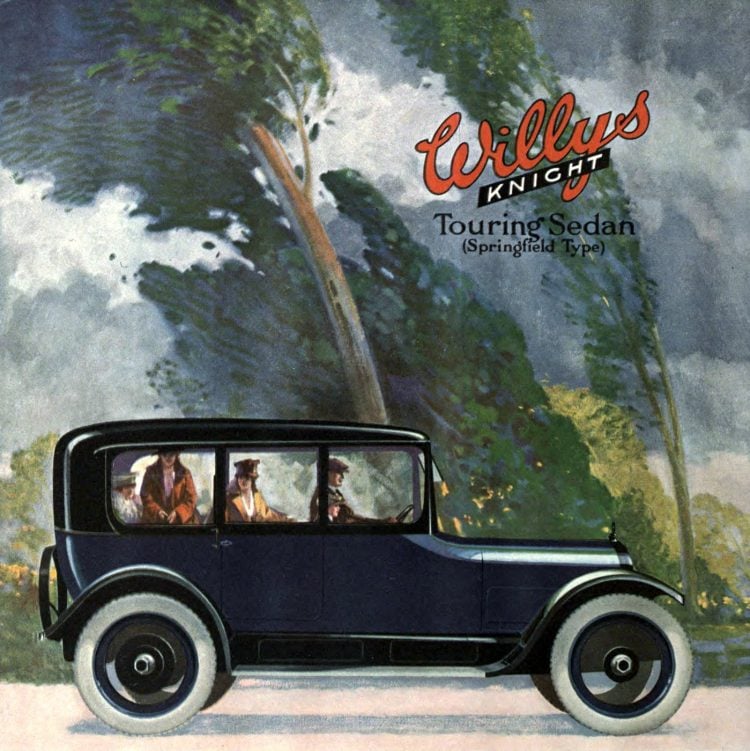 Always before making any drive, look your car over and inspect it. This requires only three to five minutes time, and may save a life and much money. Enough said. Start your engine. Ah! She’s off at the first slight cranking.

Don’t try to engage a gear when it will not engage freely. Gently try the reverse. Now let your clutch in slightly. Enough. Now to low. Good. Now to second. Now to high. Fine.

MORE: See some of the earliest classic Cadillac cars from before the Great Depression

For goodness sake! Get that frozen corps look off your face! You aren’t driving a sulphur wagon to Hades. It’s a pleasure car you are driving, so look pleasant. Relax! Do not labor so at the wheel. You are not boring post holes in dry ground with a dull auger.

Imagine something funny to take the excessive tension off your mind. Think you see a would-be farmer, just moved out from the city, grinding his wire stretchers. That couldn’t be any more silly than it is for you to try to keep this car in the road. 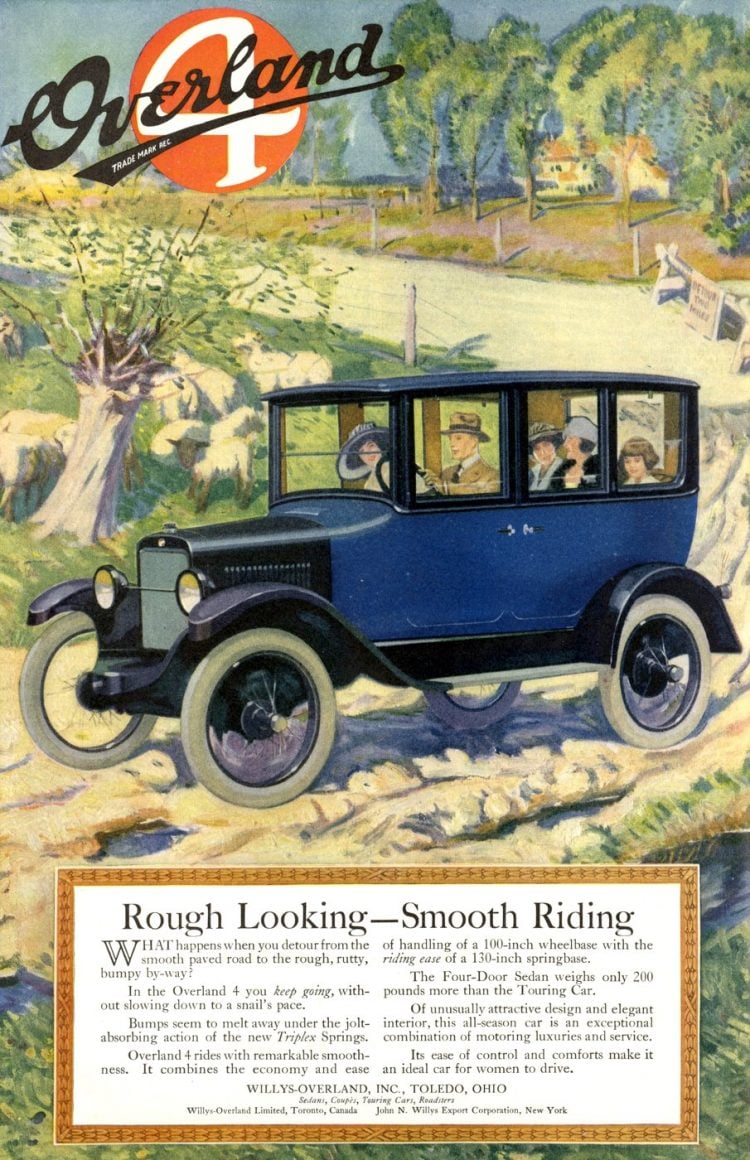 No. You don’t steer a car to keep it in the road. You steer it to keep it from leaving the road, only at your will.

When you drove the old family horse, did you yank him from one side of the road to the other or, rather, didn’t you give him the line as long as he kept the road.

Just so, imagine your right and left hands placed as they are on the wheel to hold the right and left line, and if old Dobin starts out of the road, gently remind him, by a slight pull on the line, that you want him to keep the road.

Now that’s just fine. But listen, don’t swing out so far on the next corner as you did this one. Turn them just as short as the road bed permits you to and always slow down.

But these are of minor importance in slow driving, but may easily result in a serious accident in fast driving.

However, as we are not giving driving lessons, only by suggestion, we will not go into detail but: Say we sure did go into that chuck hole. Slow down for those road pits. What are you stopping now for? I see; the engine is running, the clutch in and the gears in mesh and our car standing still. Kill the engine.

Now we have either sheared or broken something in our power transmission. It’s most apt to be just one of two things. We have a broken axle or we have sheared a key.

Jack up one of the rear wheels. Throw the car in gear with the engine standing. Turn the wheel, and if the engine turns, then jack up the opposite wheel, and it will be found to revolve freely without turning the engine over. This indicates which side is disconnected.

Remove the hubcap, and if our trouble is a sheared key in the wheel hub, we may put a wrench securely on the nut which holds the wheel on the axle and wire the handle of the wrench securely to a spoke in the wheel and thus drive our car on its own power to the garage. If anything more serious than this has happened, we will have to be pulled in. 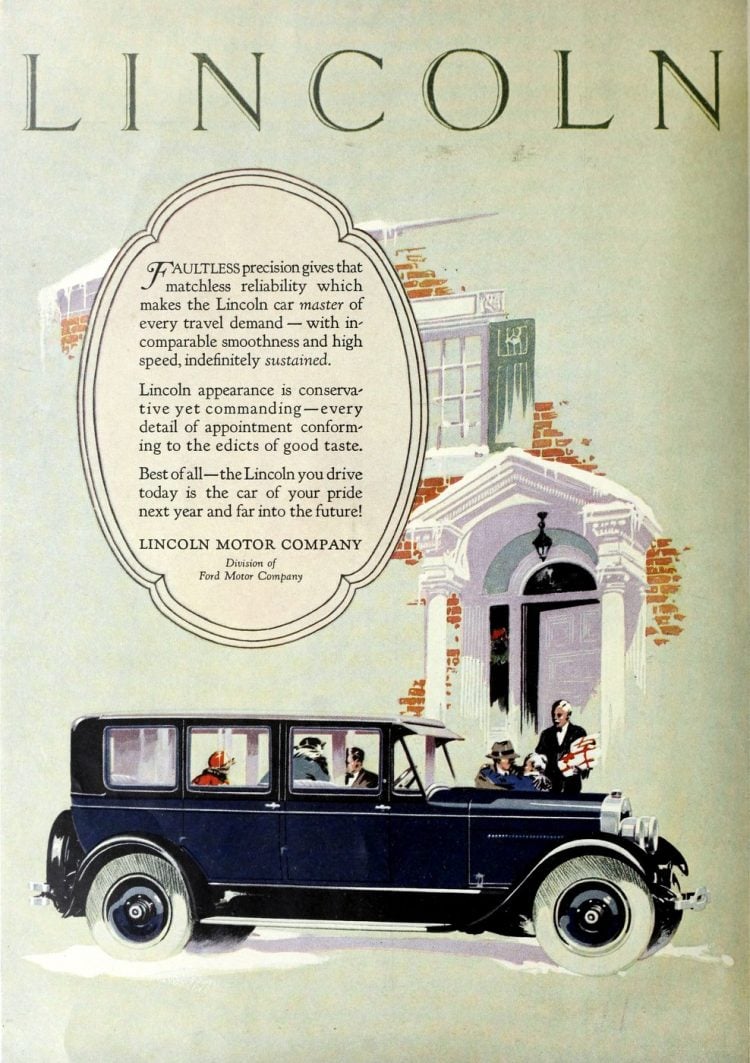 Now we will presume we are on our way once more and, Look out! Too late now, don’t race your engine. One wheel is deep in the mud and spinning while the other wheel stands still.

Kill your engine. We could possibly find rails, or posts, or boards and pry the wheel up and give it traction. But let us have Auto Sense. The differential is a slacker and rather than take the strain it spins the wheel of least resistance.

Disconnect the emergency Brake rod from the wheel that has firmer traction. Now slightly set the emergency brake on the wheel in mud, or deep snow, as the case may be. Start the engine. Put ’er in low and out we go.

Say, that sure is some hill ahead of us. Better make a good run for that. Well, well, you made a good run but, Shift quickly! Too late! You killed your engine.

Hold your car with your emergency and start your engine. It fails to start. (We will now suppose we have a gravity feed system.) Look for low line of gasoline. Yes, too low in the fuel tank to feed to the carburetor.

We nearly went over the top and if the engine could have maintained sufficient speed the suction would have drawn enough fuel. Now we shall have to back down the hill and then back up the hill and it is very dangerous to back down a long steep hill with an ugly ditch on either side and, it puts an undue strain on the reverse mechanism to back up such an awful hill.

If myself, or some other person could always be with you, I would show you how to turn this trick in the quickest and easiest way but, since you may be caught alone, you will need to know how to turn it by yourself.

ALSO SEE: How dancer Isadora Duncan was killed in a bizarre automobile accident (1927)

Make a peg, of a match or any piece of wood, that will fit tightly in the vent hole of the filler cap on top of the gasoline tank. Now take your tire pump and hold the open end of the air hose tight over the vent hole and pump twenty-five or thirty good full strokes of air into the tank, slipping the peg stopper quickly into the vent hole. Crank your engine and go over the top. You have pressure feed.

Thank you sir. But wait a minute. Be sure to remove the peg from the vent hole when you have topped the hill. If there should be two of you, then you will not need the peg. One run the pump and the other the engine.

Now the author could go on writing volumes of interesting things in the line of Auto Sense but most of them you would never need, many of them will occur to you and some of them you already know. 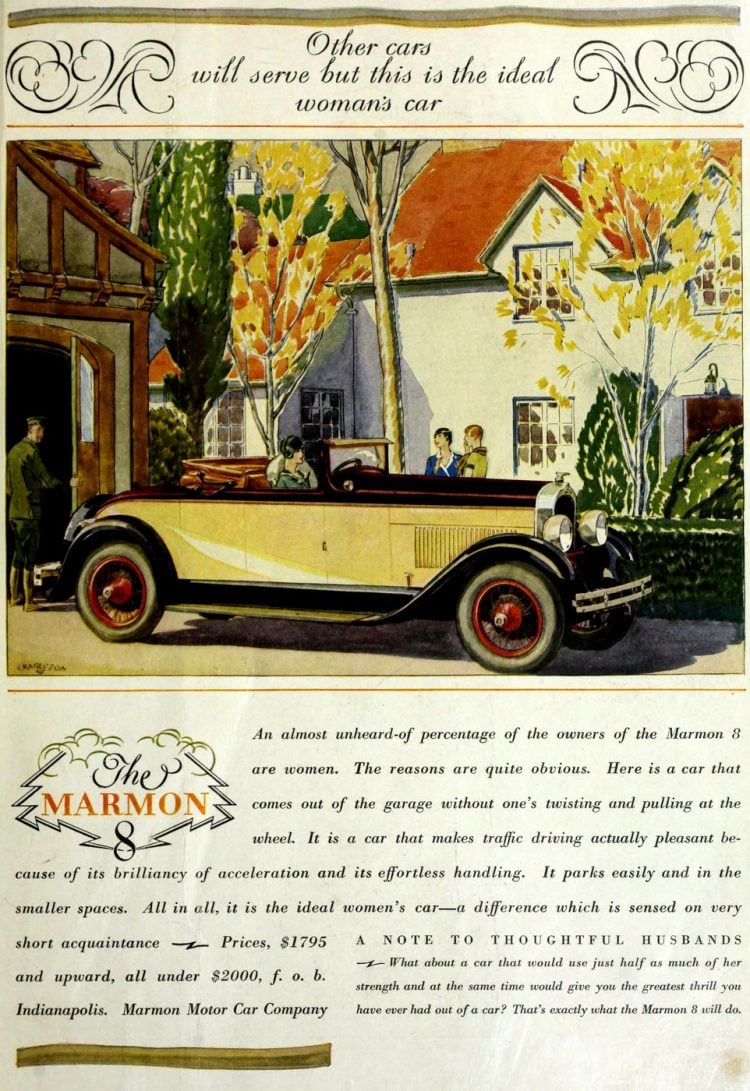 The average motorist does not know how to shift gears!

This is the conclusion reached after a series of tests recently conducted by the Iowa State college in cooperation with the national research council. Especially when he takes a hill the average motorist shifts his gears improperly, find these experts.

The motorist waits too long to shift from high to second on a hill, say the observers. Thus they lose speed, overtax their engines and consume more gasoline. The general admonition, not to slow down to less than 8.5 miles an hour, they found, is rarely followed.

The tests also showed that, in descending a hill, it is cheaper to retard the speed with the brake than by leaving the clutch in. 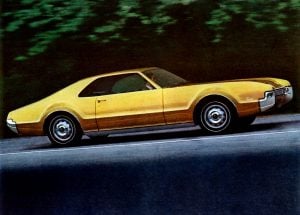 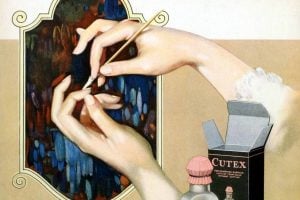 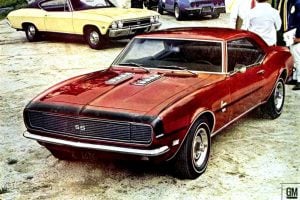