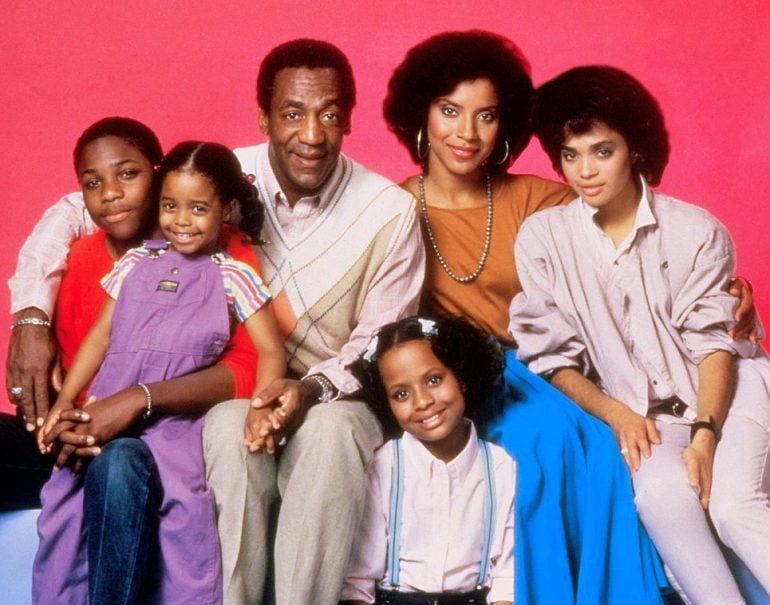 The ‘Cosby Show’ appeals to young and old alike

One fan letter, framed and hanging on the wall in Bill Cosby’s dressing room, speaks volumes for the popularity, dignity and impact of the most successful show on television.

“Dear Bill, I just wanted to congratulate you on the continuing success of your show. I’m a big fan and it’s well-deserved. Warmly, Tom Selleck.”

“The Cosby Show” enters millions of American living rooms precisely because it so well mirrors those living rooms. Sure, the Huxtable family is funnier, wealthier and more idealized than most families, but the kids do argue and tattle and care and support. And Cliff and Clair are parents, not overgrown kids. 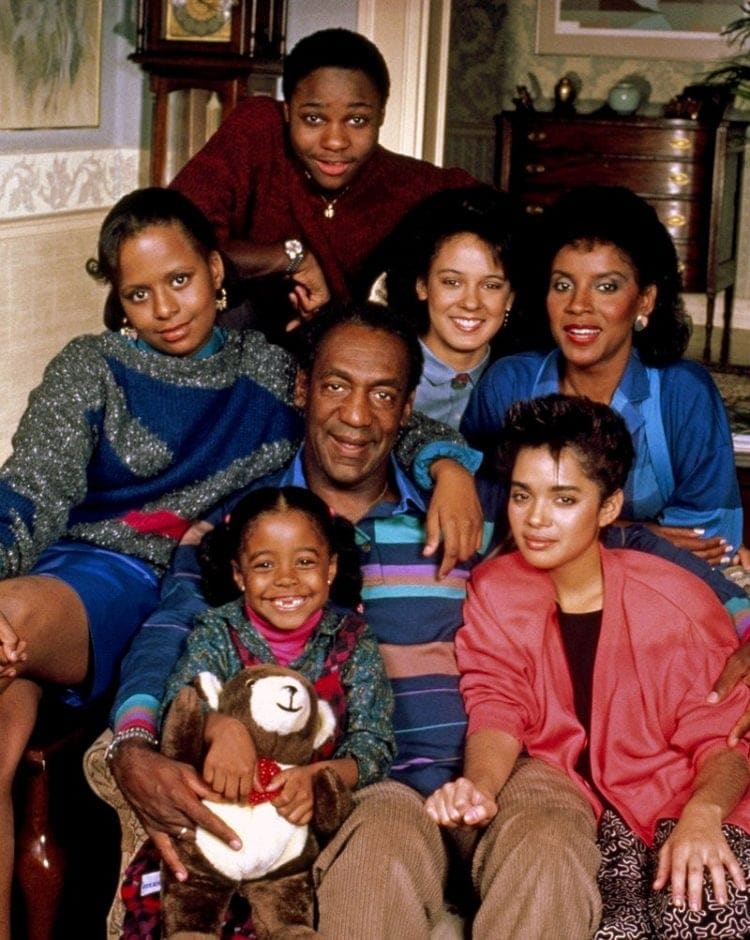 “I want people to say, ‘How did you get into my house’?” Cosby said. “All I was looking for was the show to stay along so that I could get my ideas across about what I thought should be on television.”

His often-expressed concern was that prime-time TV had too much violence, car chases and sex and not enough problem-solving, cooperation and love. Cosby said he’s been gratified not only by the sheer numbers who watch, but by the vast numbers who seem to be listening and understanding.

Cosby said, “I heard one mother say, ‘I used to yell and scream and get angry, then I saw Clair (Phylicia Rashad) laugh one time when a child did something stupid. It registered that it is funny sometimes.’ And so maybe there’s a 40-55 shot that she’s laughing sometimes.”

“The Cosby Show” has been criticized by some black educators for not delving deeply enough into racial problems and prejudice. But Cosby says he doesn’t have any greater responsibility in that area than Bob Newhart does. “The Cosby Show” is about the American condition, not the black condition, he said.

More to the point, it is about the human condition. Already, “Cosby” is broadcast to more than 60 countries, ranking first or second in many places, according to Viacom, the show’s distributor.

Could a show about a family that happens to be black help diminish racial prejudice?

“I don’t think that it will change many people,” Cosby said. “But it does make people feel good.” 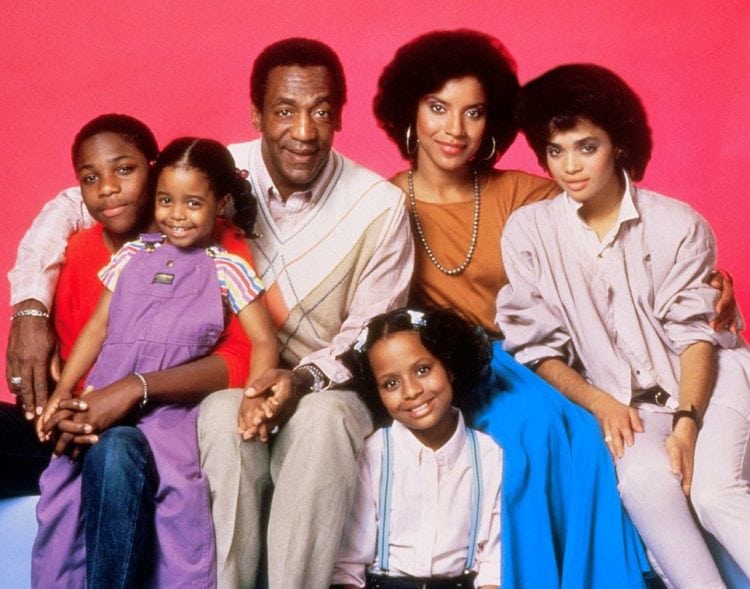 Television has been a delightful thing to Bill Cosby.

“From the day it was invented — a wonderful, magical invention — from my days as a child, I could not believe I could get a picture in my house,” he recalled.

And television has given Cosby reason to despair.

“What I have seen, watching TV, is that people are given a sugar-coated tablet — actually sugar all the way through — in terms of entertainment.” The programs are well-acted and directed, he concedes, but a sugar lump that offers mostly empty calories with little nourishment.

“When it comes to situation comedies,” he said, “a lot of the jokes have to do with the breasts or behinds, or situations involving people’s forgetfulness — things that don’t cause anyone to say, ‘That was a wonderful, warm story.’

“And in detective-adventure shows, you can watch one of these stories and time it — you know when a car chase will start, when someone will squat in a firing position, point a .357 magnum at someone and yell, ‘Hold it!’ Or when a sexy woman will get ripped off.

“People who view TV a lot are taught, if they haven’t left their own area, that if it’s on TV, it must be. It must be a shock for kids to leave home and find such a mixture out there.” 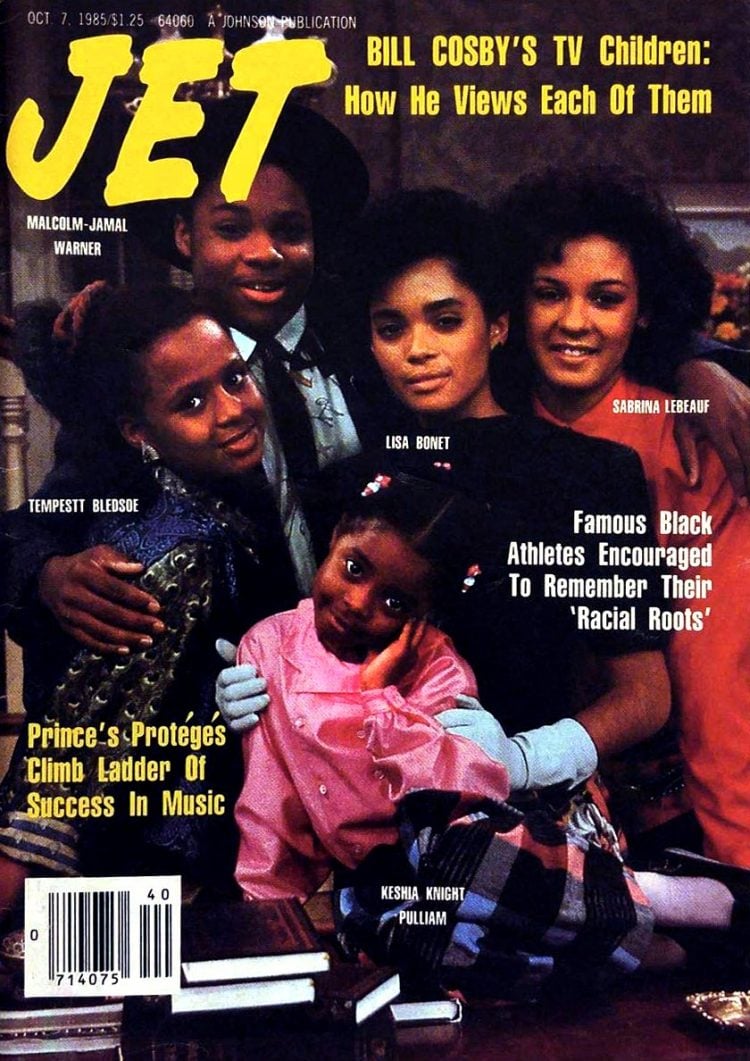 Bill Cosby: The Cos is back

Bill Cosby is back on television this fall. It will be his first series as an actor in 13 years.

It will also be the only series on the air this year featuring a complete black family — mother, father and kids.

“I really felt a want in the beginning to do a detective series,” Cosby said. “My idea was that this fellow would make the audience think.”

Cosby sensed that the networks weren’t too keen on the idea of a thinking-man’s detective show without fast cars, fast women and quick guns. But, said NBC, maybe a sitcom.

“I (proposed) a situation comedy based on my personal experience — as a parent, husband, with variation that would aid the female going into the future — in her job, in her life as a mother, a wife and a woman.”

In real life, Bill Cosby, 47, and his wife, Camille, have five children from 8 to 19. In his show, Cosby plays Cliff, an obstetrician living with his lawyer-wife and their four children above his offices in a New York brownstone.

ALSO SEE
How the TV show 'Leave it to Beaver' began, and made millions yearn for an idealized version of the '50s that never actually existed 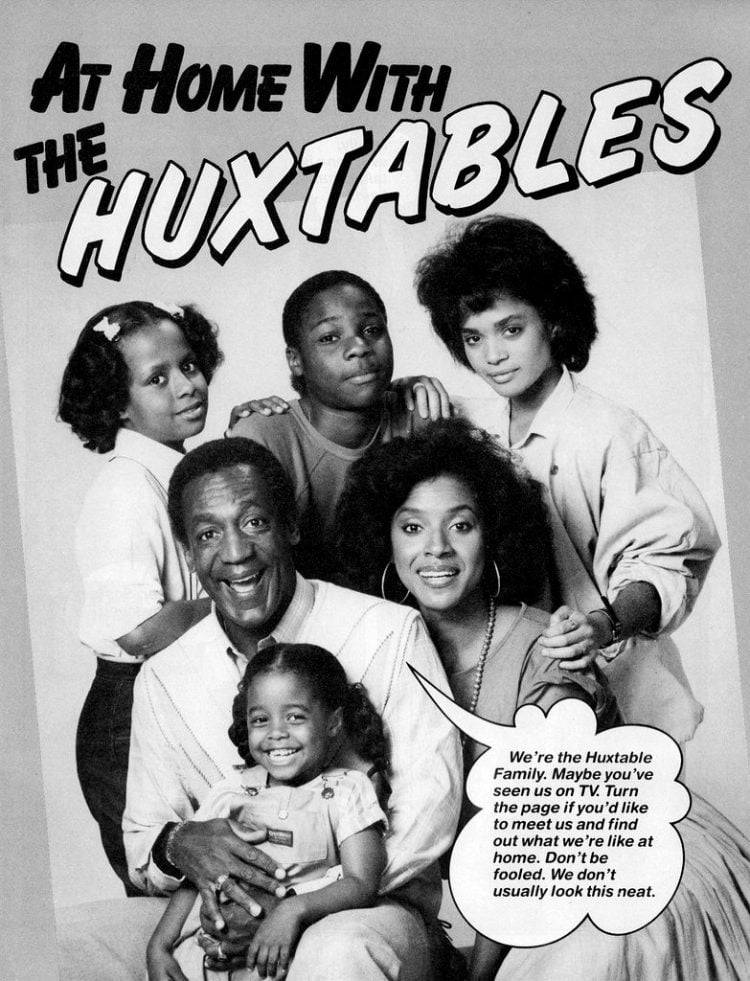 Something new, and something true

The show is not designed to be a throw-back to the tranquil TV families of the ’50s. Every now and then the doctor and lawyer come home “and find the wheels coming off,” said Cosby. “We want these people to touch each other — out of playfulness, love or anger. We’ll let one kid hit the other kid. That’s what happens at home.”

Cosby expresses deep concern that his show ring true; he would like viewers to think he’s been developing storylines by eavesdropping in their own homes.

“The writers tend to want me to come up with ideas,” he said.

“They feel this is a new form of writing. It’s not situation-comedy writing… We’ve thrown out typical situation-comedy punch lines. What we’re concerned about is the attitude of the characters.” 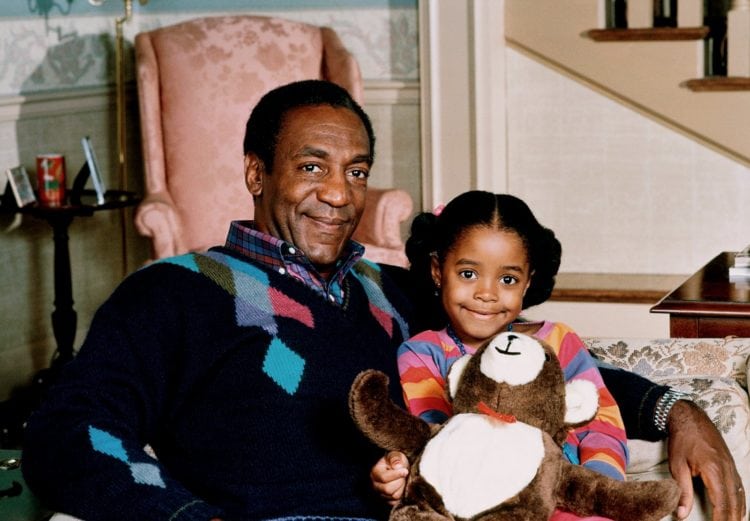 In real life, Bill Cosby, a Philadelphian, graduated from Temple University and received a master’s degree in 1972 and a doctorate in 1976 from the University of Massachusetts.

He first attracted America’s attention by making everyone laugh — a lot. He’s had 20 comedy albums on the national pop charts and has won the best-comedy-album Grammy five times.

In films his credits include “Uptown Saturday Night,” and its aptly named sequel, “Let’s Do It Again,” “Mother, Jugs and Speed,” “A Piece of the Action” and “California Suite.”

He broke new ground in television when, in 1965, he teamed with Robert Culp to co-star in “I Spy,” an espionage series that mixed humor with danger. When he assumed the role of scholar-spy Alexander Scott, Cosby became the first black to have a starring role in a dramatic series on American television.

“I Spy” spawned both a feature film, “Hickey and Boggs,” loosely based on the series, and a longstanding friendship between the costars. “I do love Bob Culp and working with him,” said Cosby. “I have a deep-down want for him to write and direct a movie and the two of us — as cowboys — to do it up.”

A trademark of Cosby shows, if not an obsession, is his concern for the way characters talk to each other. In “I Spy,” Scott and Culp’s character, Kelly Robinson, “really talked to each other. They didn’t just trade punch lines. They didn’t play off each other’s color. So often you see people who think they’re breaking the ice by talking about each other’s differences…”

Scott and Robinson also talked to each other in ways that weren’t in the script. “There was so much ad-libbing,” Cosby recalled with obvious glee. “I think we drove two or three editors to the cardiac ward.”

In 1969, Cosby played Chet Kincaid, a high school physical education teacher and coach in a series also called “The Bill Cosby Show.” The show emphasized Kincaid’s relationships with his family, students and fellow faculty members, at a time when “relationships” was a word, but not yet a buzzword. He also has been a part of children’s fare, including “Cos,” a prime-time variety show for kids, and “Fat Albert,” an animated series based on a character from his early comedy routines. 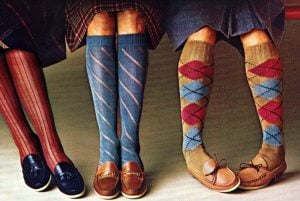