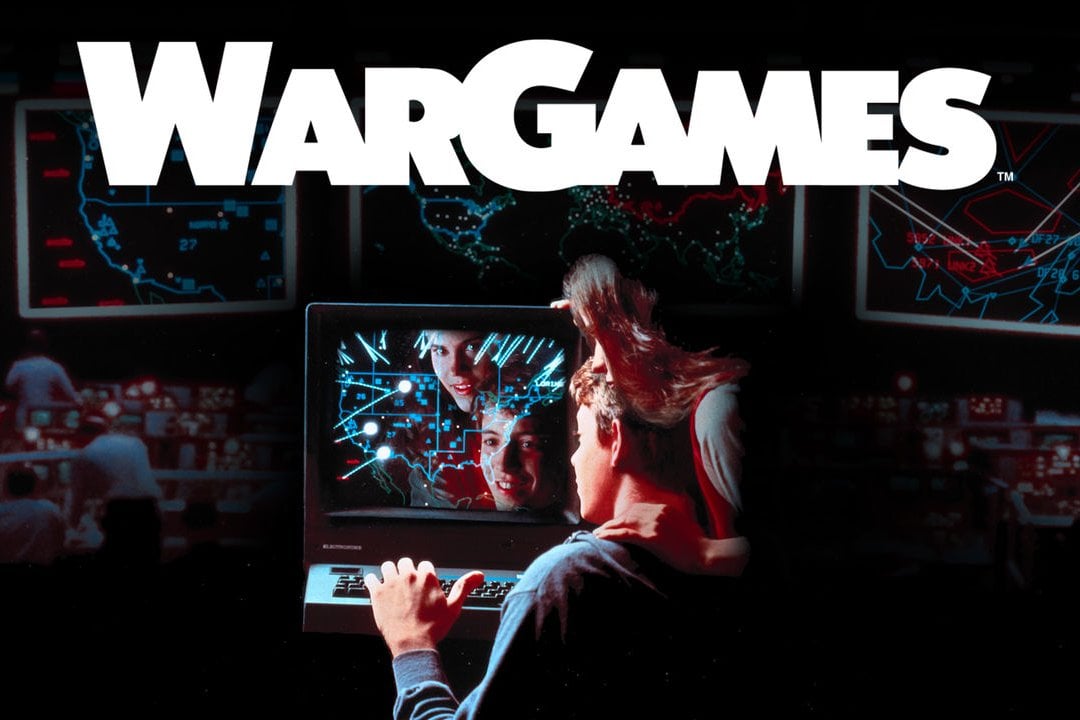 The Matthew Broderick movie “War Games” was more than just a hit at the box office — it also showed such a realistic WWIII scenario that it led to the creation of a 1986 anti-hacking law: the Computer Fraud and Abuse Act (CFAA).

The classic ’80s film that unnerved President Reagan also starred Ally Sheedy, Dabney Coleman, John Wood… and, of course, Joshua/WOPR as himself. (Get the movie on DVD, Blu-Ray or instant watch here.) 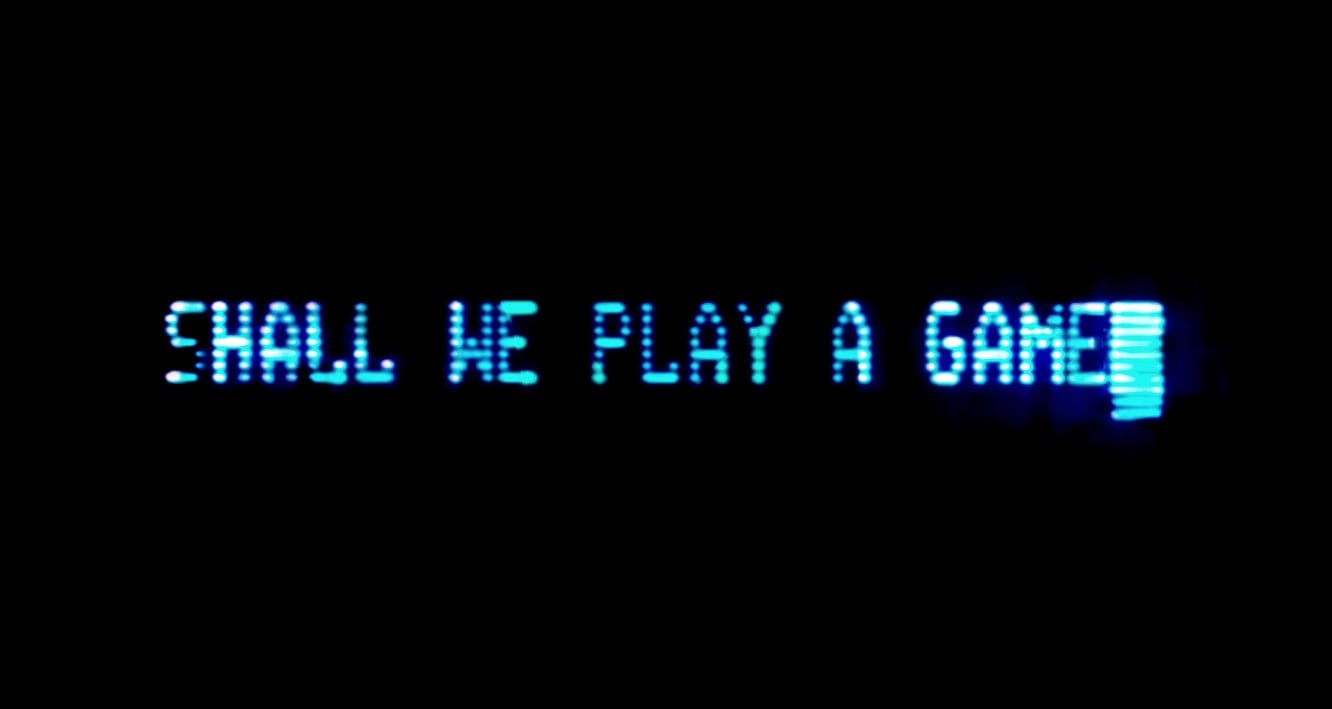 Taken individually, they’re both incendiary. Put them together and add director John Badham as a catalyst, and you’ve got a chain reaction of nuclear proportions… 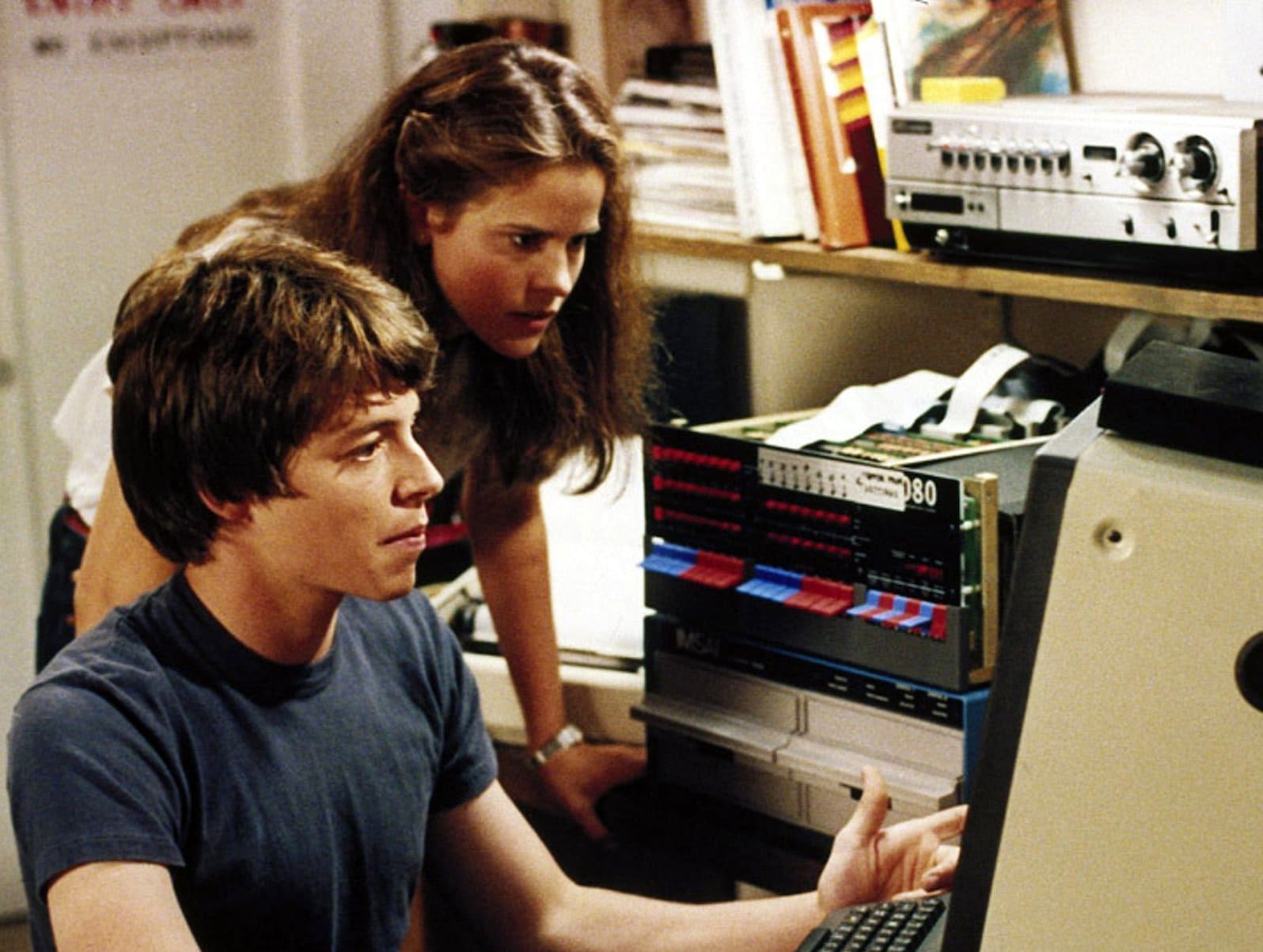 For Badham, in the midst of digital displays of high-tech, positions two propositions about our nuclear defenses and then proceeds to implode them.

One, brilliantly shown in the first few pre-credit minutes of the film, is that because of the human element in control of the firing of our deterrents, they just won’t be effectively used.

What human, when worst comes to worst, will push the button to destroy 30 million people just like that?

Twenty-two percent of the missile silo commanders during completely realistic tests, fail to launch their missiles when ordered to do so. The answer, obviously, is to remove the human element — to “take the man out of the loop,” as the film’s cigar-chewing commanding general glibly phrases it. 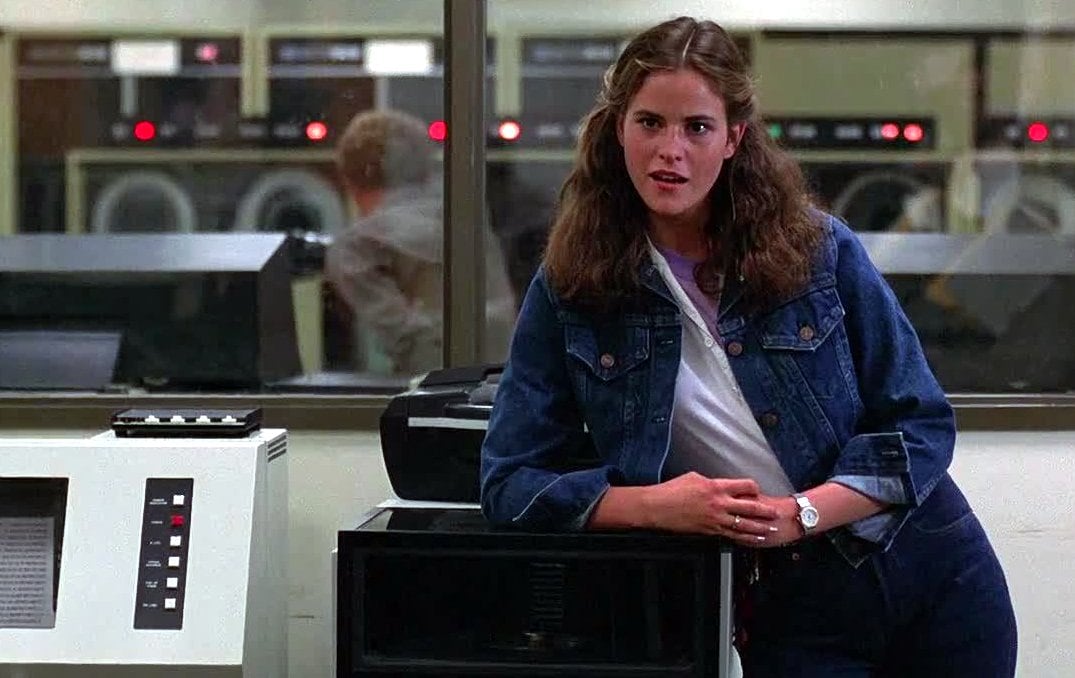 But when the whole process becomes automatic, when machines and bytes and electronic charges are all that remain between life and nuclear distinction, then the opposite becomes appallingly possible.

The system becomes all too ready to go into action without any human assent, control, or even knowledge.

Needless to say, when early in the film the human silo commanders are replaced with automatic relays, a fuse is lit that burns slowly at first, then with increased urgency throughout the rest of the movie.

MORE: The Last Starfighter: The movie where video game chops got a teen recruited to fight a space battle (1984) 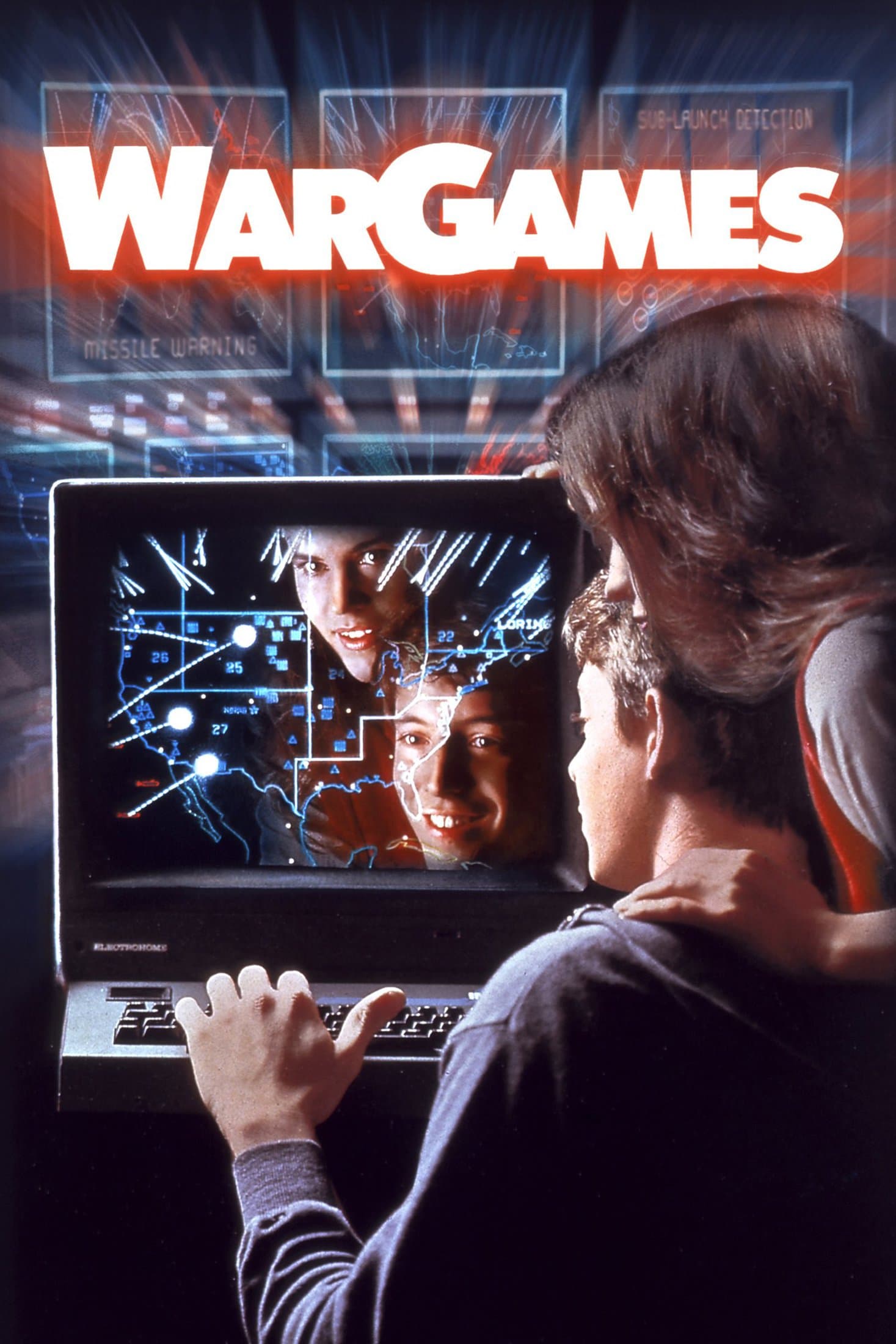 The inescapable conclusion: we’re loopy if we take the man out. And not just in nuclear missile silos either. “War Games” posits one of our century’s most familiar themes — the inhuman takeover of our lives by machines — with freshness and excitement.

The film respects machines, but sees them as flawed mechanisms that interfere with the open and zestful possibilities of life. And it concentrates those possibilities in a young teen-age “hacker” who is at once both a problem and a hero.

Gaming at the arcade

Broderick’s character in War Games was a video game genius. 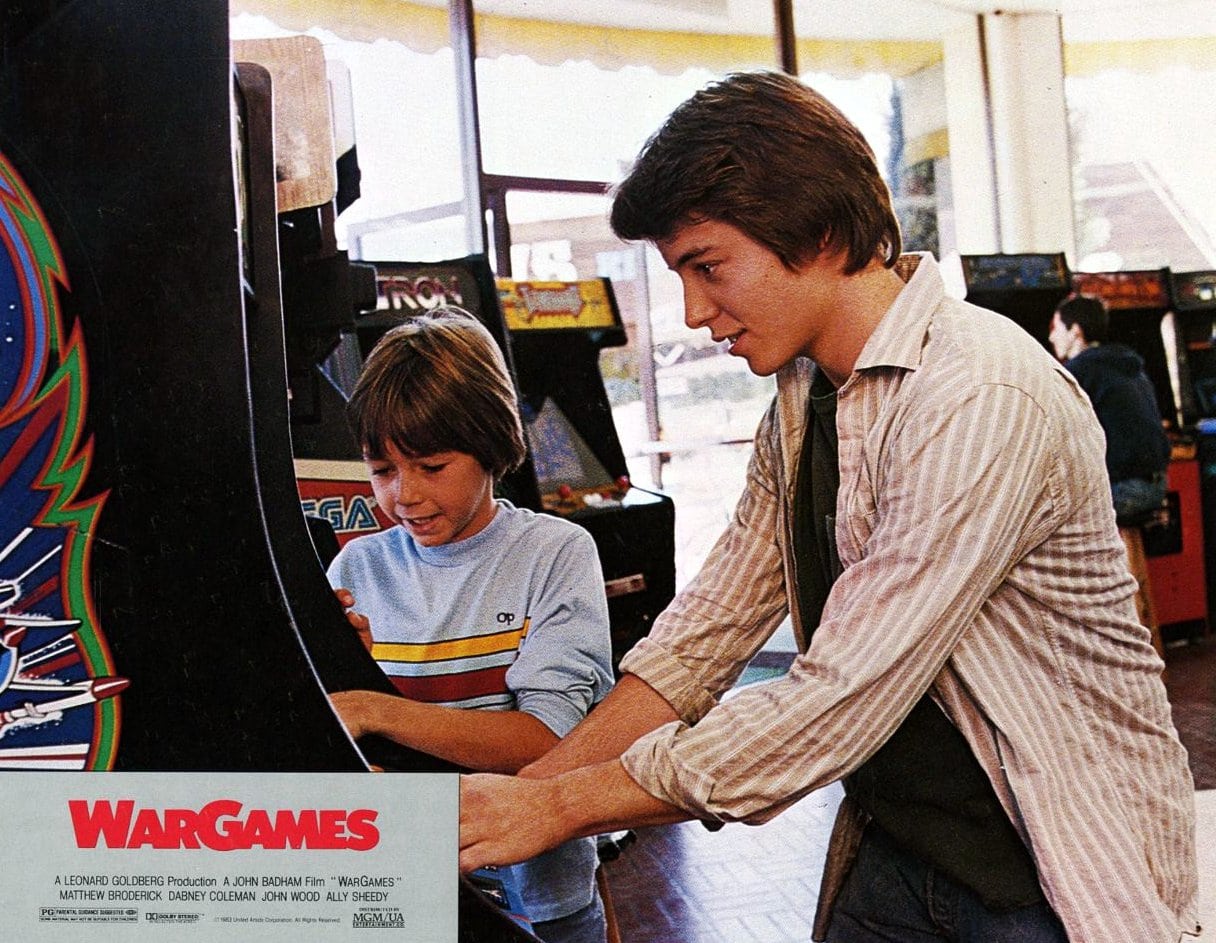 In an effort to be a good American, I have been reading lots about the nuclear arms question.

Do we need MX [the LGM-118 Peacekeeper missle]? Should we develop President Reagan’s Space Wars ideas? How far can we trust the Soviets? Is there any sense to MAD (mutual assured destruction)?

I guess you could call me a doomsday junkie. I have read all the popular fiction about global war. Among my favorites are “On The Beach” and “Alas, Babylon,” both of which scared me silly. Same goes for “Dr Strangelove,” which had been the definitive anti-war movie.

Now I have to put “WarGames” at the top of the list — at least in a tie with “Strangelove.”

It is scary; it is realistic as all get-out; it could be true; and — best of all — it’s a darn fine movie. 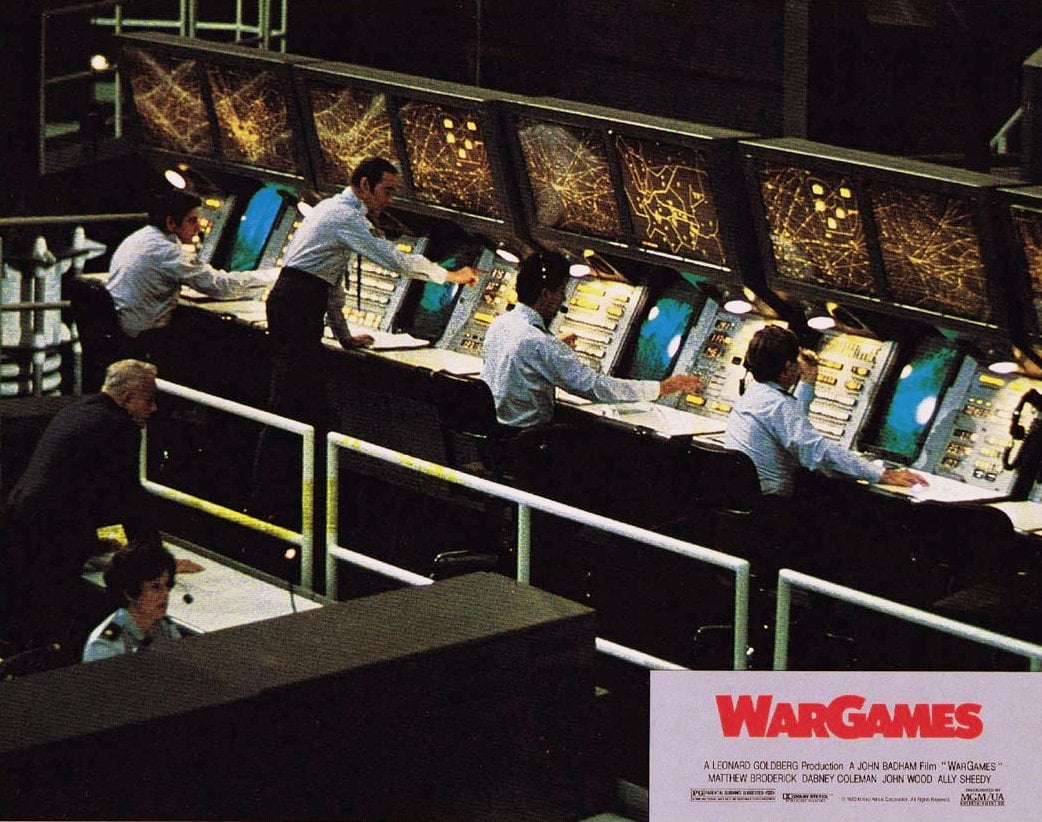 My reading has led me to believe that because Russia and America are armed to the teeth, it is unlikely that any sane person would push the button that starts World War III.

Each side knows mankind would cease to exist after an all-out global conflict.

But what if a computer decides to play war?

Computers can start up your Mr. Coffee in the morning, and tell you to fasten your seatbelt. Why couldn’t a computer on its own decide to launch a nation’s nuclear missiles?

Anyone with half a brain would have to admit to the possibility of a computer-generated world war — a mistake, if you will.

MORE ALLY SHEEDY: Why ‘The Breakfast Club’ was more than just another teen movie (1985) 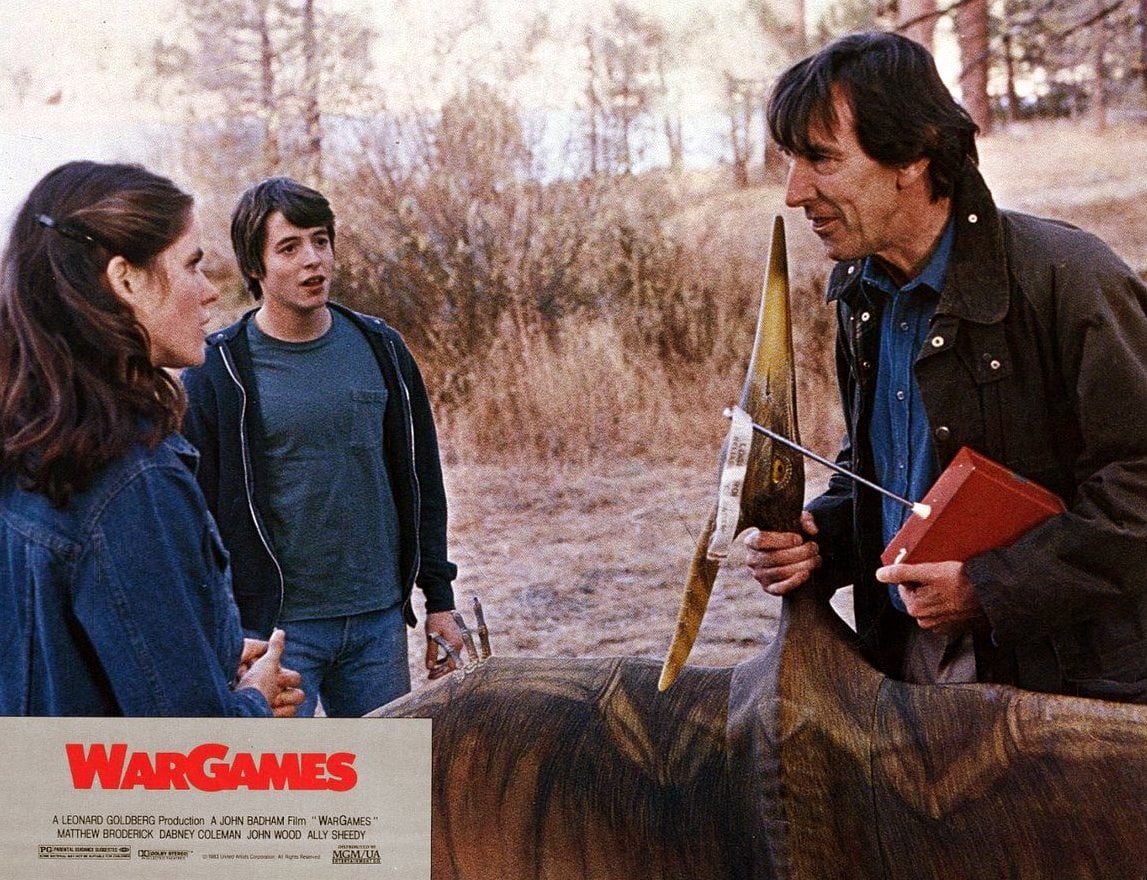 That’s what happens in “WarGames.”

A 17-year-old high school kid in Seattle (Matthew Broderick) accidentally taps into the central computer at air defense head-quarters and, thinking he and the machine are playing a game, sets in motion “global thermonuclear war.”

Unknown to he kid, the military computer is programmed to carry the WWIII scenario through to the end.

The youngster finally discovers that it’s not a game and, after being arrested by the FBI and held, he escapes, and teams up with a girlfriend (Ally Sheedy) to track down the computer’s inventor.

All the while, the computer is ticking off the hours to the game’s resolution — which in this case would involve launching America’s missiles at their intended targets in the USSR. 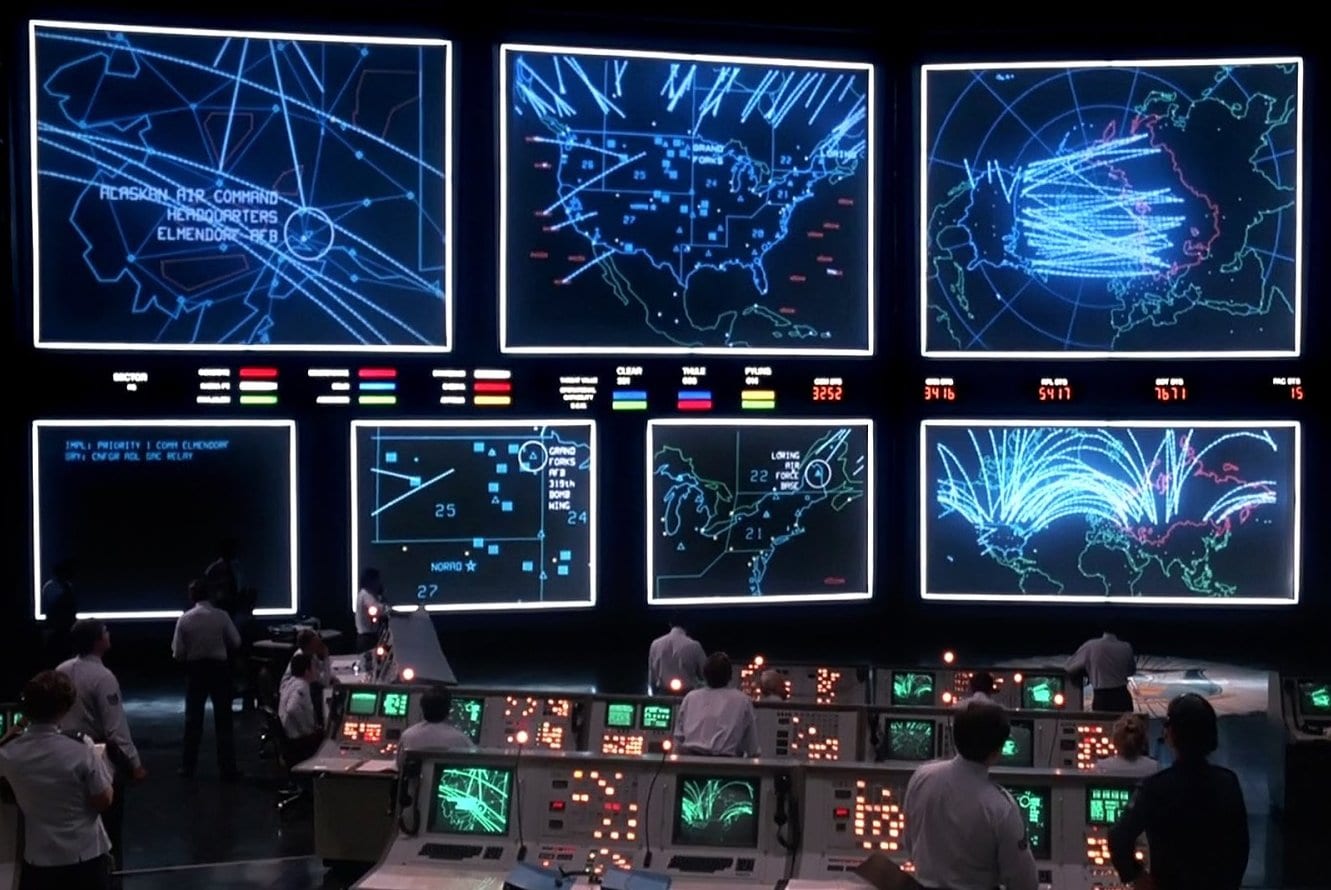 In one chilling scene, the kid asks the computer, “Is this a game, or is this real?”

And the computer, in its eerie metallic voice, responds, “What’s the difference?”‘

This film is so finely tuned that I spent most of the two hours rending my garments with clammy hands. A couple of times my wife, Dariene, said, “I can’t stand any more of this. I’m going out to the car.”

The movie is fast, sincere and very tense in a non-violent way.

The level of realism and the sophistication of the film is evidenced by the fact that the studio, MGM/United Artists, is having a squabble with the Air Force over whether such an event could take place. The Air Force says absolutely not; the studio says maybe. I say why not? 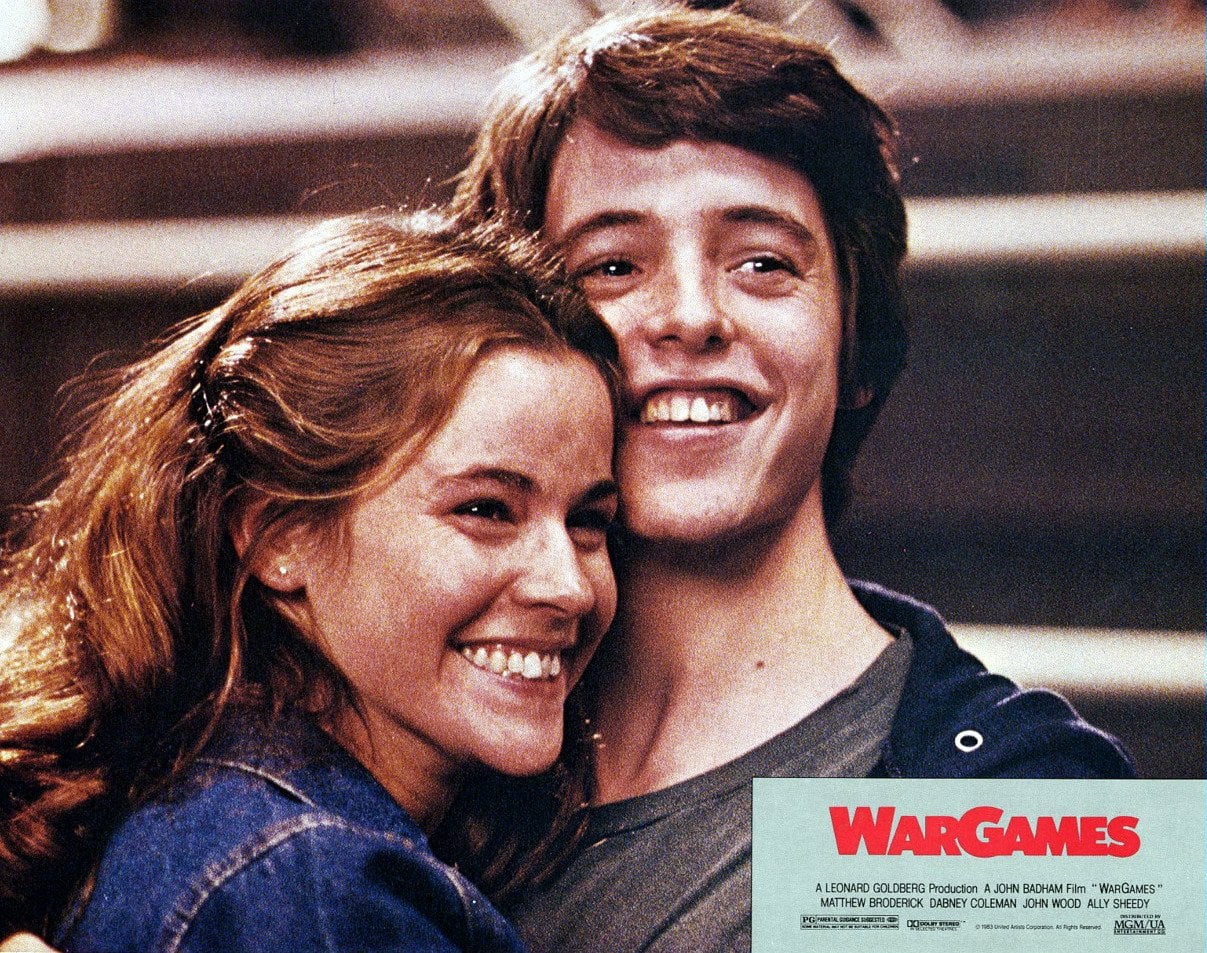 You may remember Matthew Broderick from another movie playing around town, “Max Dugan Returns.”

He is the perfect blend of innocence and teenage flip. He can violate his high school’s computer system to change a grade with a laugh, and he can slip in the “back door” of the military computer and scare himself and most of the Air Force half to death.

Sheedy, the star’s high school sweetheart, is totally disarming. She dominates her scenes without stealing anything from Broderick or the rest of this fine cast, which includes Dabney Coleman as a cantankerous computer expert, John Wood as the flaky professor who developed the big machine, and Barry Corbin as the Air Force general who chews tobacco and holds the future of mankind in his meaty hand…

If movies received grades, ‘”WarGames” would get a very solid A-plus. This is one of the best movies of the summer. 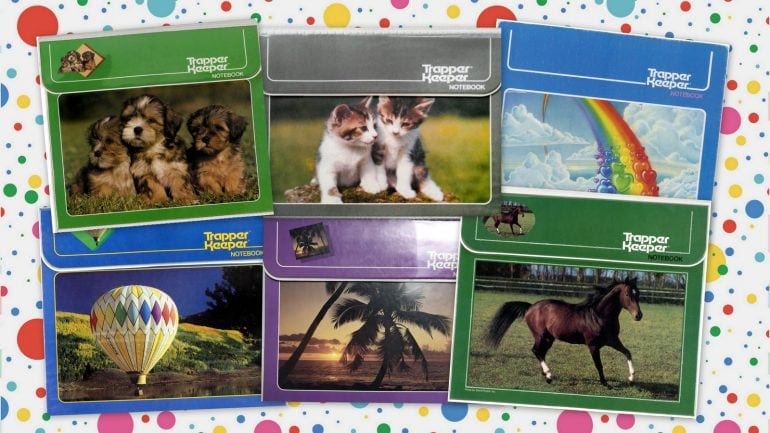 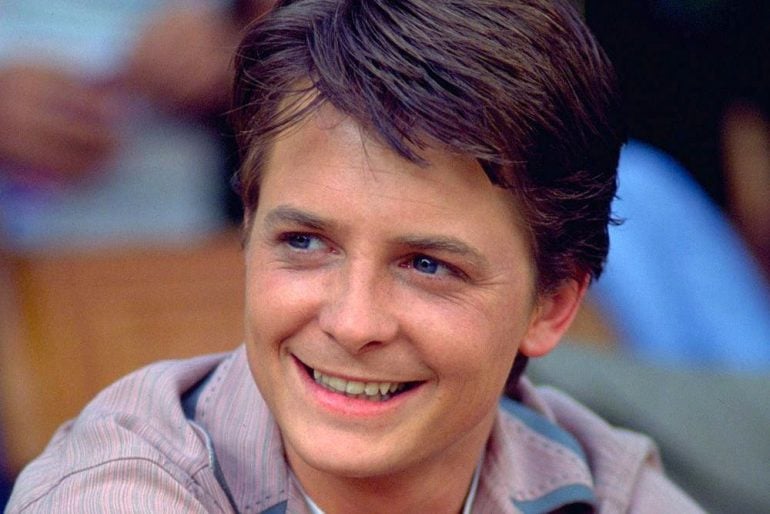 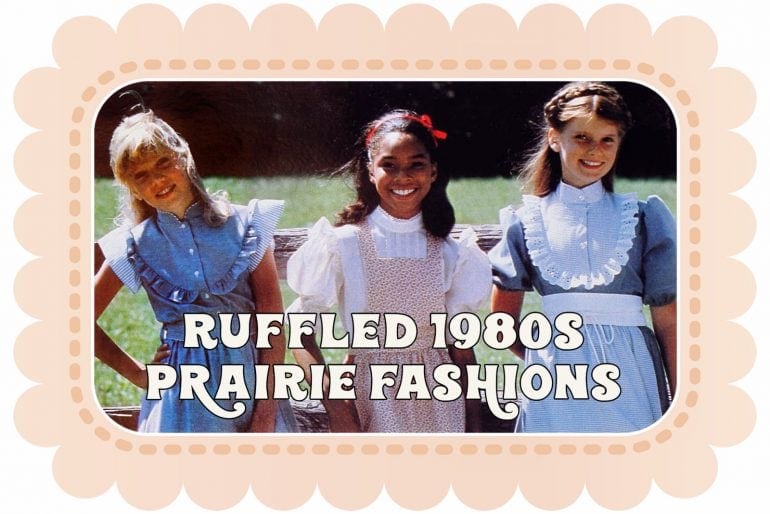 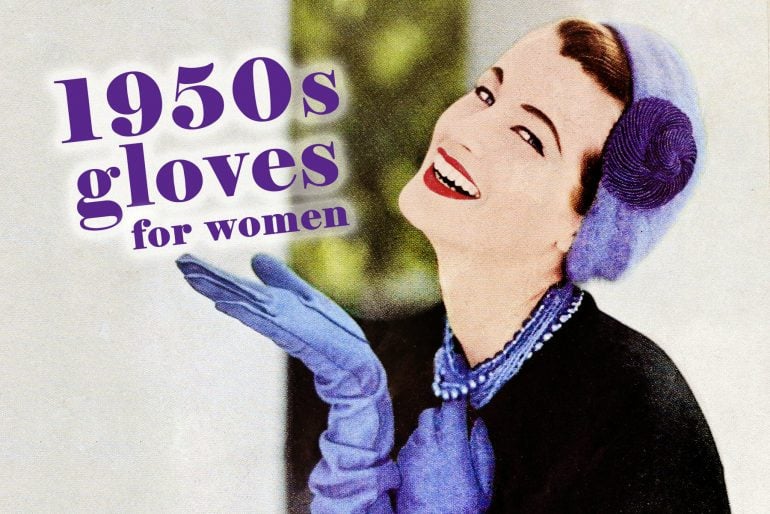 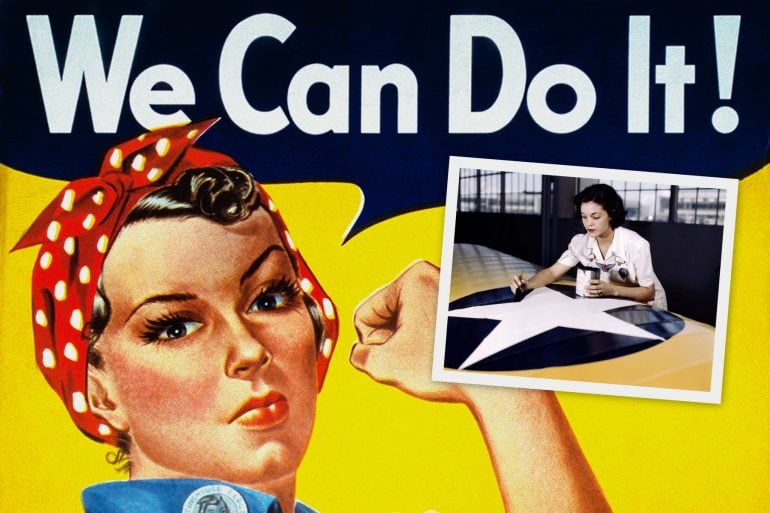 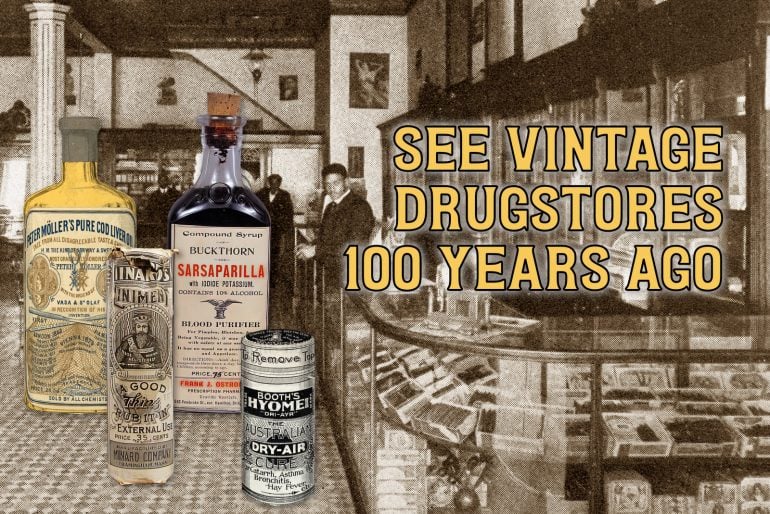