Chitty Chitty Bang Bang: Look back at this classic kids’ movie musical from 1968 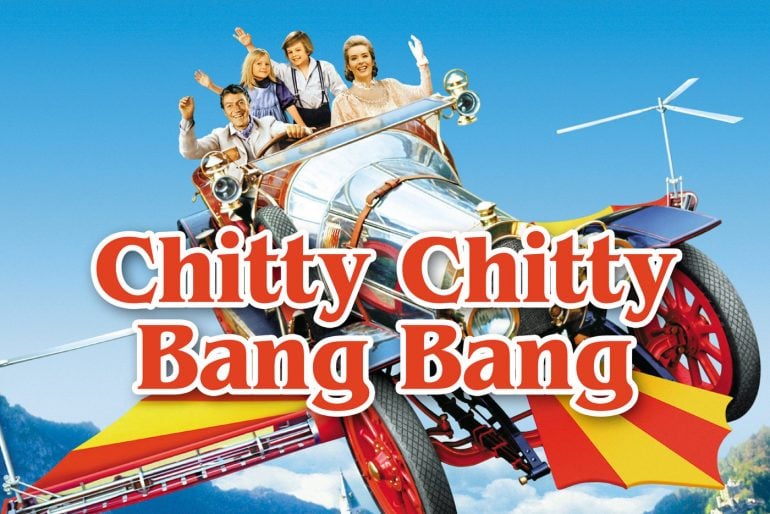 Chitty Chitty Bang Bang, a fanciful children’s movie based on the book of the same name, sprung from the mind of author Ian Fleming, the mastermind behind the James Bond novels.

This adventure with a magical flying car was Fleming’s only book for children, and was published in October 1964, two months after his death.

Although clearly a long way from James Bond’s world of intrigue and spycraft, the tale of Chitty Chitty Bang Bang had its own brand of charm.

Despite tepid critical reviews upon the film’s release, this musical movie has stayed in the hearts and minds of millions who first watched it when they were kids.

While the story had little in common with 007, Ian Fleming clearly loved his gadgets. In Chitty, Caractacus Potts (Dick Van Dyke) invents many ridiculous contraptions, just as the (more talented) Bond character Q created all sorts of amazing spy gadgets.

The best film-going for youngsters in Boston is “Chitty Chitty Bang Bang,” at the Cheri I Theater.

It is lively, imaginative, fairy-tale fun with Edwardian settings, an extraordinary motor car which makes sounds just like the title, and first-rate dancing by Dick Van Dyke.

It also has songs by those Oscar-winning composers, Richard M. and Robert B. Sherman.

The colors are bright and eye-filling, the action needs only a child’s limited knowledge of the world to understand, and the cast appears to be having a jolly time putting on their best pranks in a holiday treat for juveniles.

There’s even a very wicked villain called The Child Catcher, and when he attempts to lure the two English children named Jemima and Jeremy out of hiding by offering delicacies for their empty tummies, at least one child in the theater is apt to yell “No” to the film youngsters. That happened the first night the picture was shown.

The $10,000,000 lavish importation from England isn’t exactly adult in its appeal. There are likable songs by the Shermans, including “Hushabye Mountain,” but none comparable to that other juvenile musical classic “Dr. Doolittle.”

And the plot itself is so fanciful that a grown-up can’t involve himself in any way with the zany proceedings.

So while little ones who haven’t yet reached the teenage, and those barely inside this charmed category, may revel in every glamorous moment of “Chitty Chitty Bang Bang,” few of the accompanying parents and generous relatives will share the enthusiasm.

However, isn’t it always a good idea to make some little sacrifice at Christmas for the youngsters? 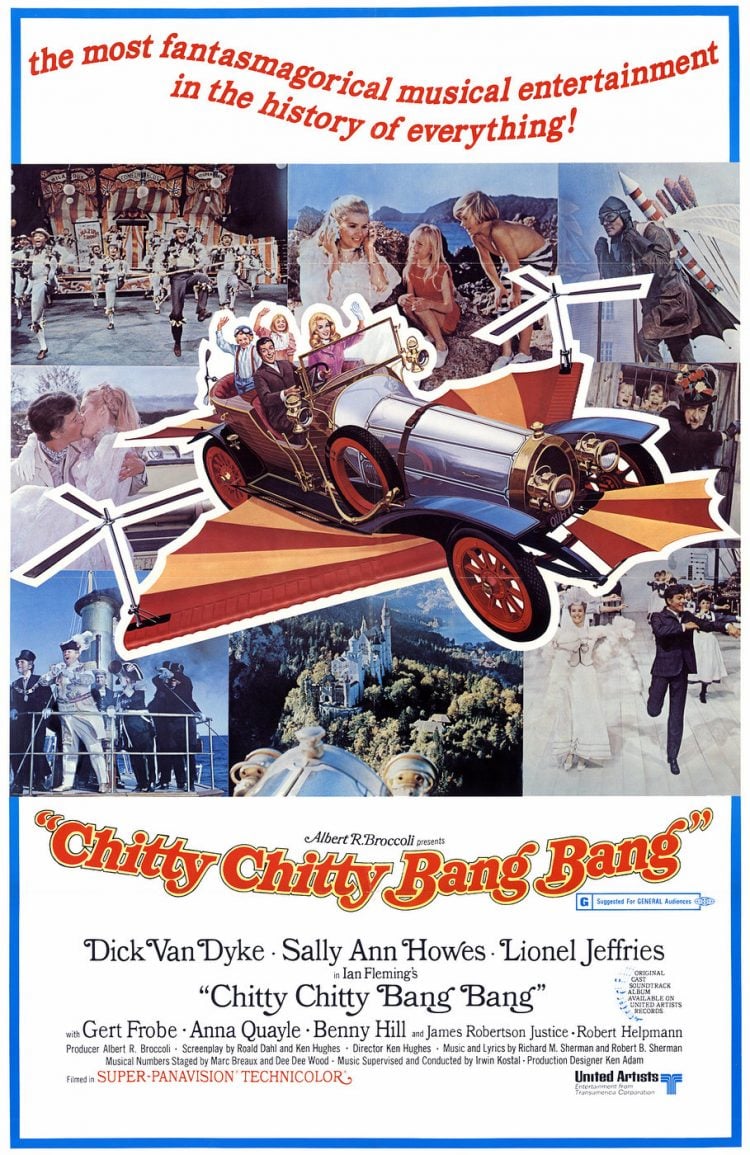 The plot is on two planes — fantasy and reality.

Reality is when two motherless children beg their impecunious inventive father to rescue from demolition an aging automobile which has a history of being a great racer in its time.

But Papa, Caractacus Potts, played by Van Dyke, has not even the 30 shillings needed to keep the car out of the clutches of a junk man.

How he gets the money doesn’t make much sense, except to juveniles, but he participates in a carnival act, leading the company in a fast-moving “Old Bamboo” number, and picks up enough coins thrown to him by the appreciative crowd. 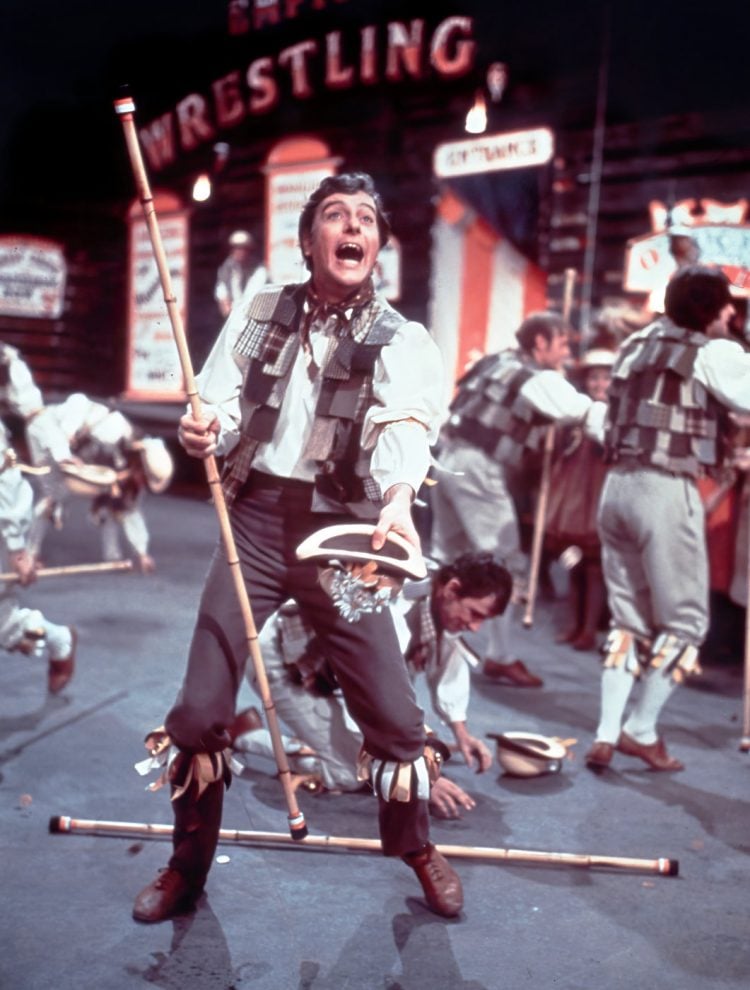 Fantasy enters when the old car, worked upon by the inventor’s magic, turns into a flying vehicle.

In this unhappy land, children are done away with or imprisoned in a dungeon because the Baroness, as played by Anna Quayle, can’t stand the sight of them.

Caractacus and his two children and Miss Truly Scrumptious (Sally Ann Howes), who is the daughter of a rich candy manufacturer, sail off in the car to rescue Grandpa, and they themselves are captured by the Vulgarians. 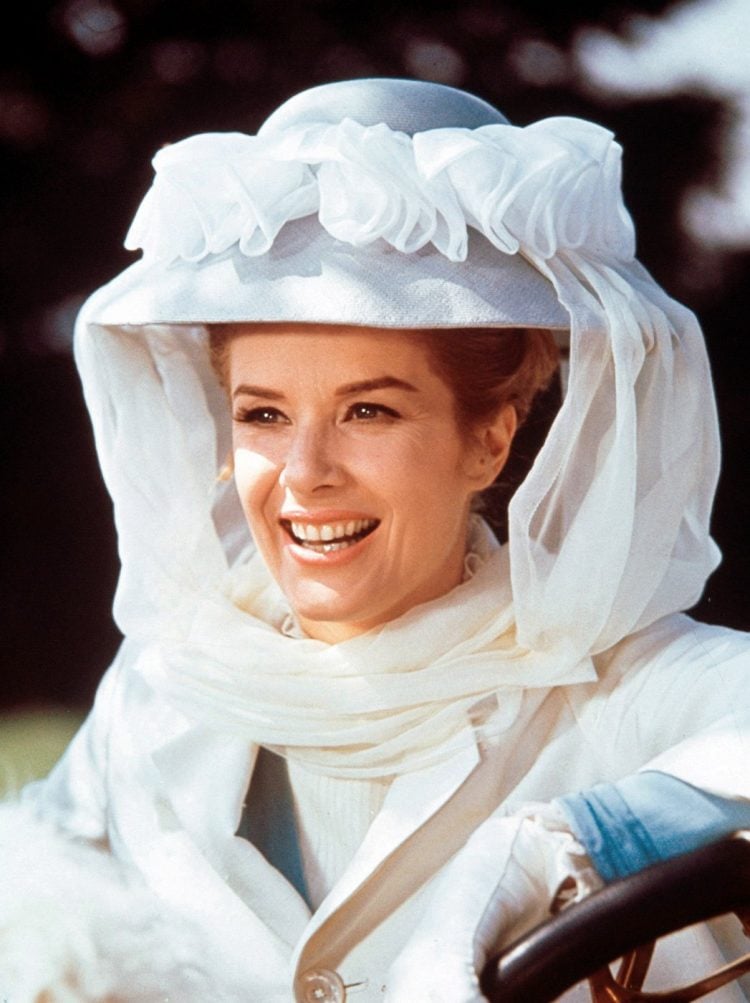 All this is make-believe, one learns later, but even reality has its whimsical side, as proved in the nicely tied-up ending.

Miss Howes is pretty, talented and not very exciting, Van Dyke is not as outstanding opposite her playing the uninspired lover as he was portraying Julie Andrews’ partner in “Mary Poppins.” They don’t emit sparks in their scenes together.

There are some gorgeous scenes; the candy factory is one of them. And I suspect every youngster is going to request for Christmas a candy cane which whistles and plays music. It is one of the inventions made for the film by Rowland Emmett.

MORE: About the classic Wizard of Oz movie: Cast interviews, behind the scenes, costumes & lots more

Robert Helpmann gives a scary performance (but not too frightening) as the black-clad child catcher. James Robertson Justice is capable, but that’s all, as the heroine’s wealthy parent. 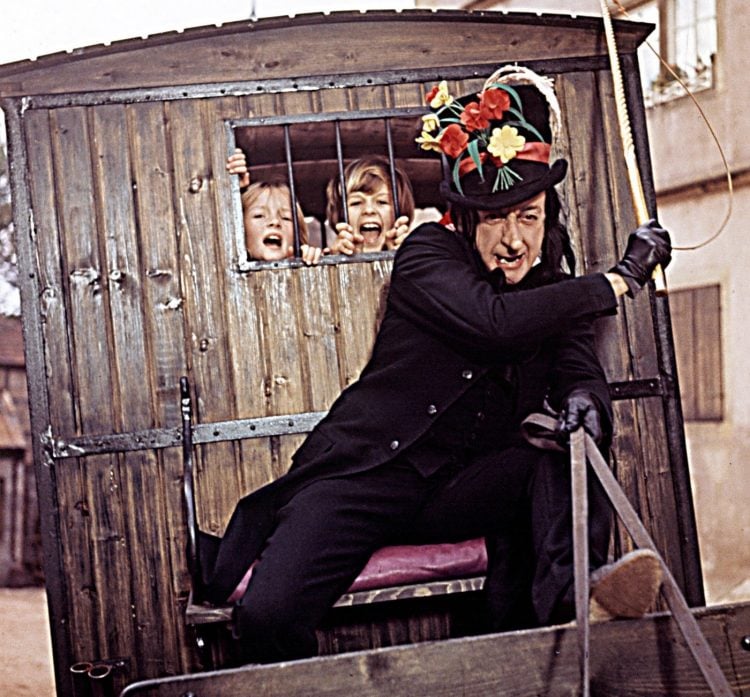 The Car’s the Star in ‘Chitty Chitty Bang Bang’

In “Chitty Chitty Bang Bang,” the story of a car that flies, United Artists has taken good old American know-how, millions of dollars, and a solid year of filming time, and come up for the screen with an Edsel.

Like many a Hollywood kiddy picture gone wrong, “Chitty Chitty” seems made by adults not for children, but for adults with childish minds. Children, filmmakers ought to be aware by now, have far more advanced minds — if they are past, say, eight or nine — than will be sated by Chitty Chitty Anything.

For all you seven-year-olds out there, then, UA has produced the best picture about a flying car since the “Flubber” series you all knew and loved. 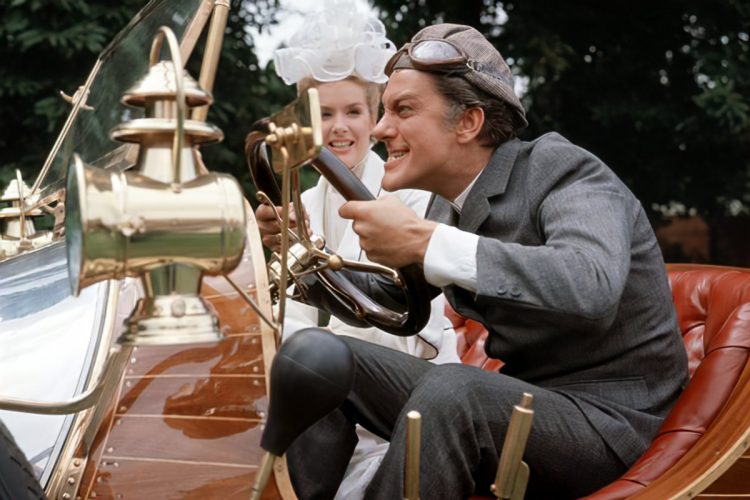 The film in Technicolor and Super-Panavision has one real star: the gorgeous, block-long old car with its glassy hood, careening around through the Script adapted from the original story by the late Ian Fleming.

ALSO SEE: Willy Wonka & the Chocolate Factory: Find out about this classic movie, plus see memorable scenes & the trailer

The film is overproduced and, at two hours and 35 minutes (with intermission), it is overlong, through it stars in loony enough fashion. Dick Van Dyke plays a harmless enough inventor named Caractacus Potts, whose two children jolly him along while he dreams up a vacuum cleaner with glasses that scoops up dirt and rug alike; a haircut-chair machine run by a bicycle wheel; a candy machine for dogs: and a Rube Goldberg breakfast machine that fries eggs, picks out the right sausage, and serves the whole thing on the table sunny side up.

Into the Potts family’s life comes an old racing car and a girlfriend for pop named Truly Scrumptious.

Potts pussies up the car and the children name it “Chitty Chitty Bang Bang” after the sound it makes while chugging along the road.

If the title were not already a little ghastly, the title song is even worse, with the sweet children forced to make several numbing references to “our fine four-fendered friend.” 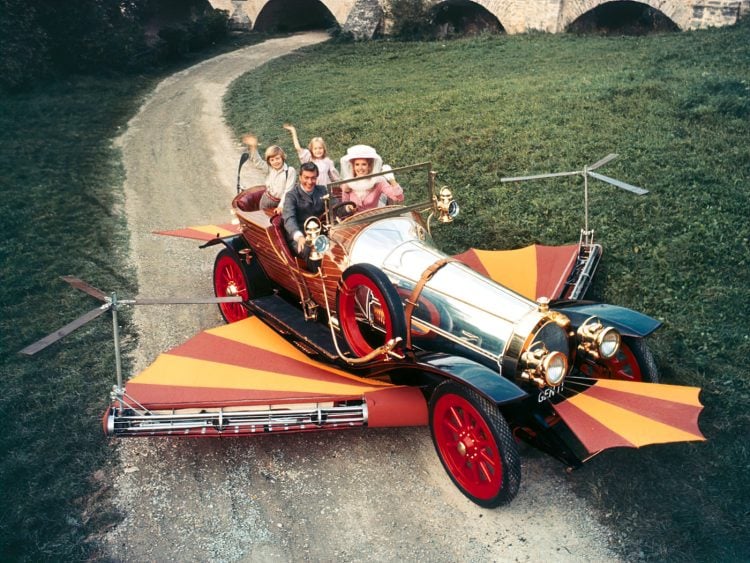 On a picnic by the sea, with Truly, Potts weaves a story for the kids about flying away in Chitty to the magic kingdom of Vulgaria to rescue their kidnapped Grandpa Potts from the evil Baron Bomburst.

Vulgaria (whose airline is called Vulg-Air) has outlawed children, has a Child Catcher with a long nose and a wagon with bars, and Bomburst gets all the toys. With the aid of Chitty, Potts rescues grandpa and comes back over the Bavarian Alps to England where he and Truly are married.

ALSO SEE: Why old drive-in movie theaters were popular, and what they were like 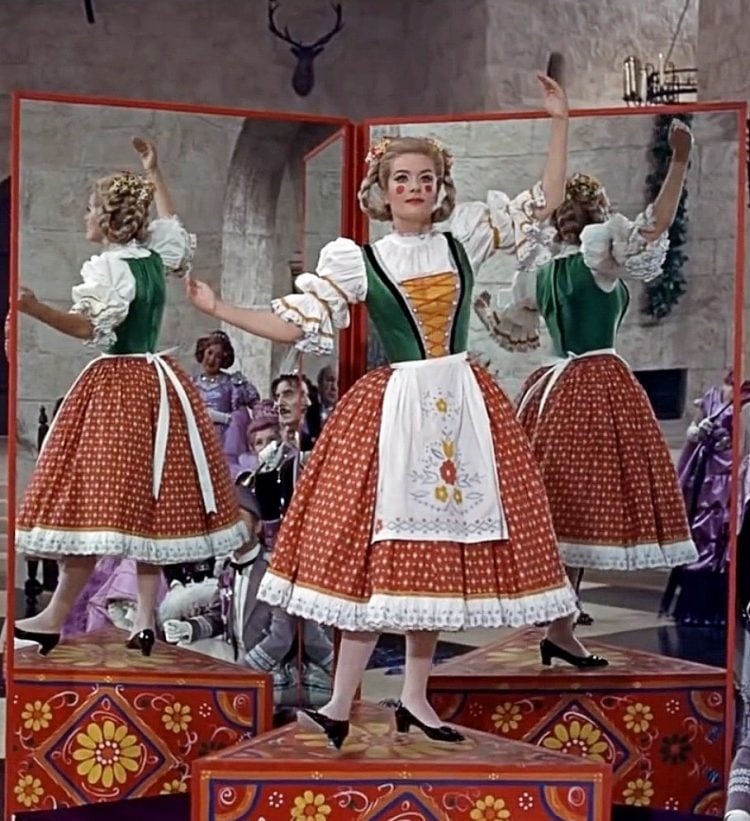 What appeal can there be to children, however, in the dozen or so songs, that are larded through the film, none of them much good?

Gert Frobe, as Bomburst, is gross as he is simple. And there is not much in Dick Van Dyke’s performance that would encourage a young fan to see another Dick Van Dyke film.

United Artists, it seems, for the good of the movie industry ought to try and make movie fans out of the kids while they’re still kids — they may grow up and buy tickets to “The Legend of Lylah Clare,” if properly cozzened. 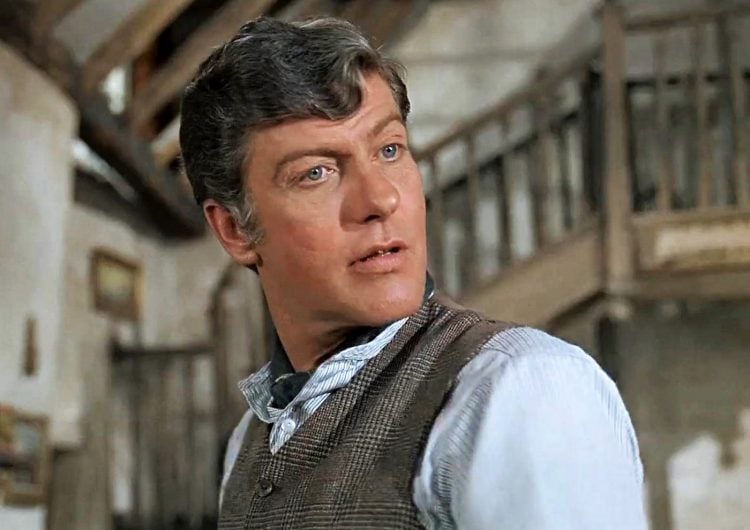 “Chitty Chitty Bang Bang” — despite the bad dubbing, the poor process shots, and even Van Dyke’s makeup, which looks caked and death-like — is not all bad.

Sally Ann Howes does rather all right by the character of Scrumptious, and the two Potts children, Heather Ripley and Adrian Hall, are winsomely straight enough they might get along with W. C. Fields.

But in the end, it is the car that gets off the ground, never the motion picture.

Dick Van Dyke tries to get airborne with his latest invention “Chitty Chitty Bang Bang.” All he succeeds in, however, is getting the seat of his pants scorched.

NOW FIND OUT ABOUT: Julie Andrews in ‘The Sound of Music’ spreads magic (1965) 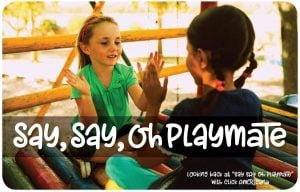 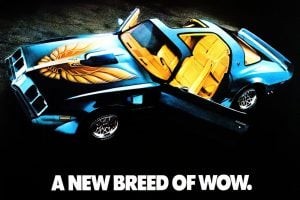