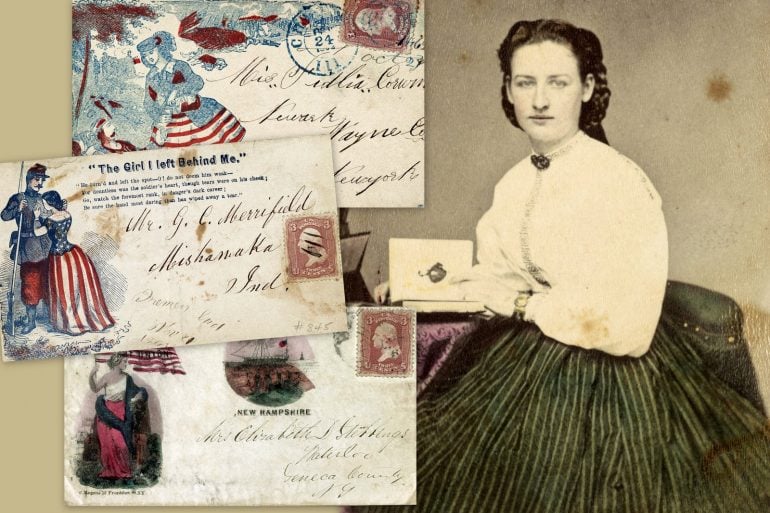 The lads and gents who were out fighting during the hard years of the Civil War didn’t just have battle plans on their minds.

The soldiers were often bored and lonely, and looked for entertainment, news of home — and love — through letters. Find out more here.

Civil War soldiers: “Write as often as you can”

Does the search for the popular bubble in the cannon’s mouth develop a taste for intellectual pursuits? What intellectual faculties does war excite? Why is it that the moment a man is broken to the harness of military service, an irresistible impulse seizes him to correspond? 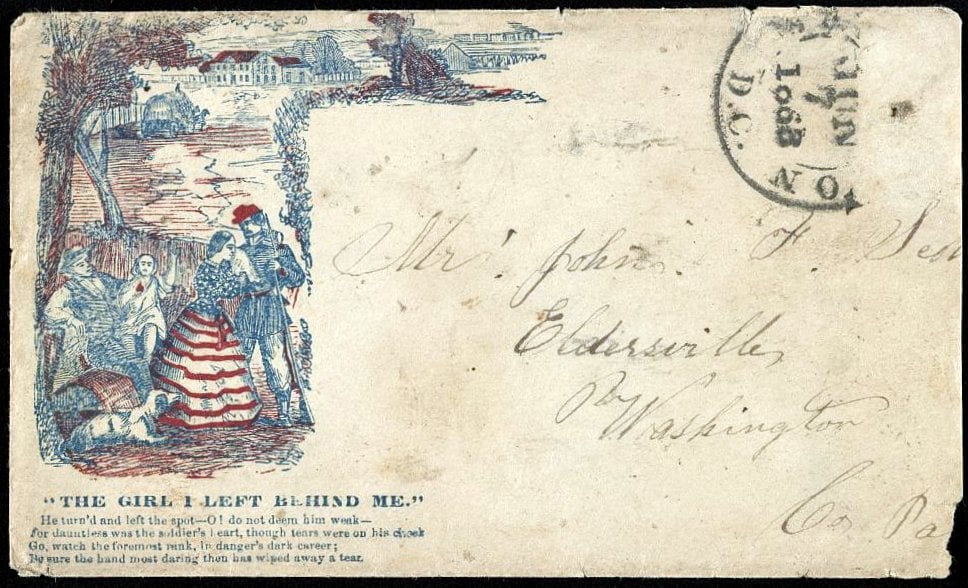 Inexplicable as it may be, it is, nevertheless, true and wonderful. Two or three hundred thousand gallant fellows, many of whom, before they went to fight for their country, confined their literary labors to the artistic carving of their initials on the hand-rails of bridges and other wooden objects of interest, are now appealing piteously and indiscriminately to the fair young women of the North to write to them.

Indifferent to the schemes or political wranglers, oblivious of the momentous plans to save the country forming in caucus and council, uncomplaining under fire and in hardship of camp and hospital, these gallant fellows make but one general, unanimous petition: It is to the young women to write to them. 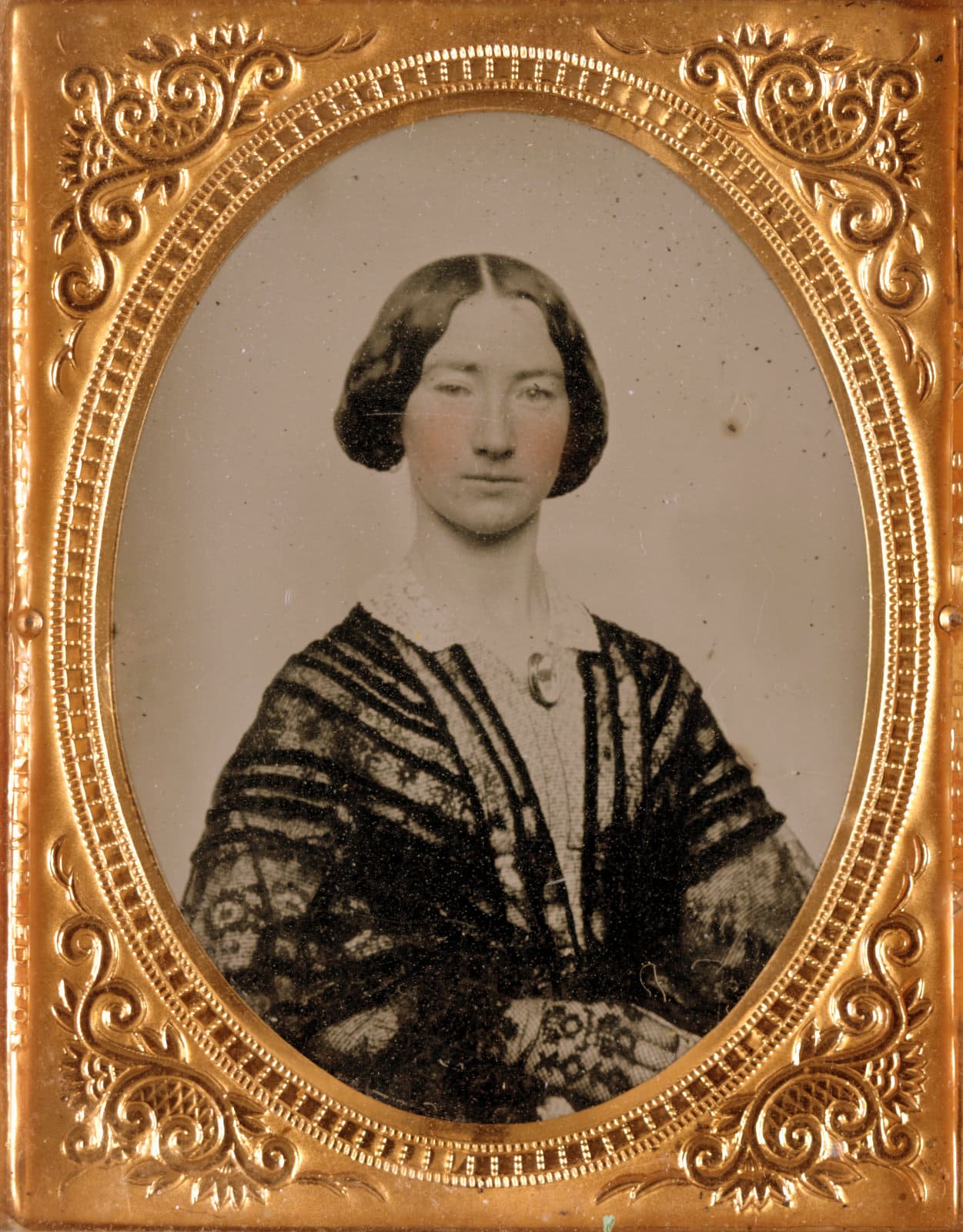 Two hundred of these requests variously from “gay and festive soldiers of the Army of the Potomac,” “battle-scarred veterans” of the Southwest, and “good-looking soldier boys” in hospital, appear every week in the papers; and in one sheet, edited and written up by young women and published by an old woman in Boston, there it a special department given up wholly to the appeals of our army suffering for want of tender correspondence.

ALSO SEE: 19 important marriage tips for the ladies – most of which would just not fly today (1838)

“To the loyal young women of the North,” a piteous artilleryman addresses himself. “Write to me, fun, fact or fiction,” he cries, “and write as often as you can.” 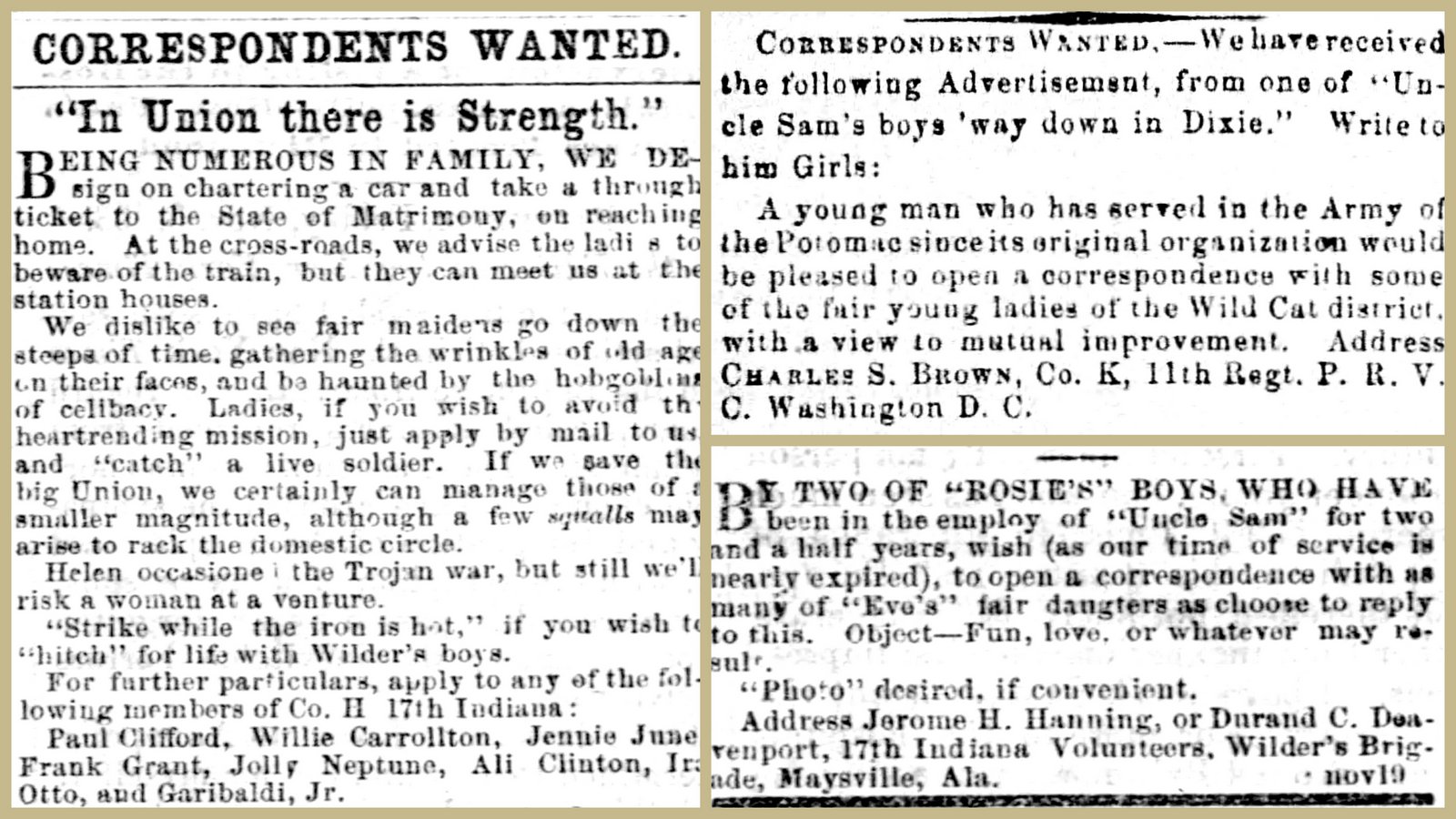 “I am in want of female correspondents,” is the businesslike announcement or another. “Young ladies desiring to correspond with one of the brave defenders of our country” writes “a corporal with plenty or greenbacks,” “will find an agreeable correspondent in —-, ” etc.

“An intelligent private with to enlarge his correspondence with the loyal young women of the North.” A rollicking sharpshooter, desirous of improving his mind in the intervals of arduous duty, solicits letters from good-looking girls at home. 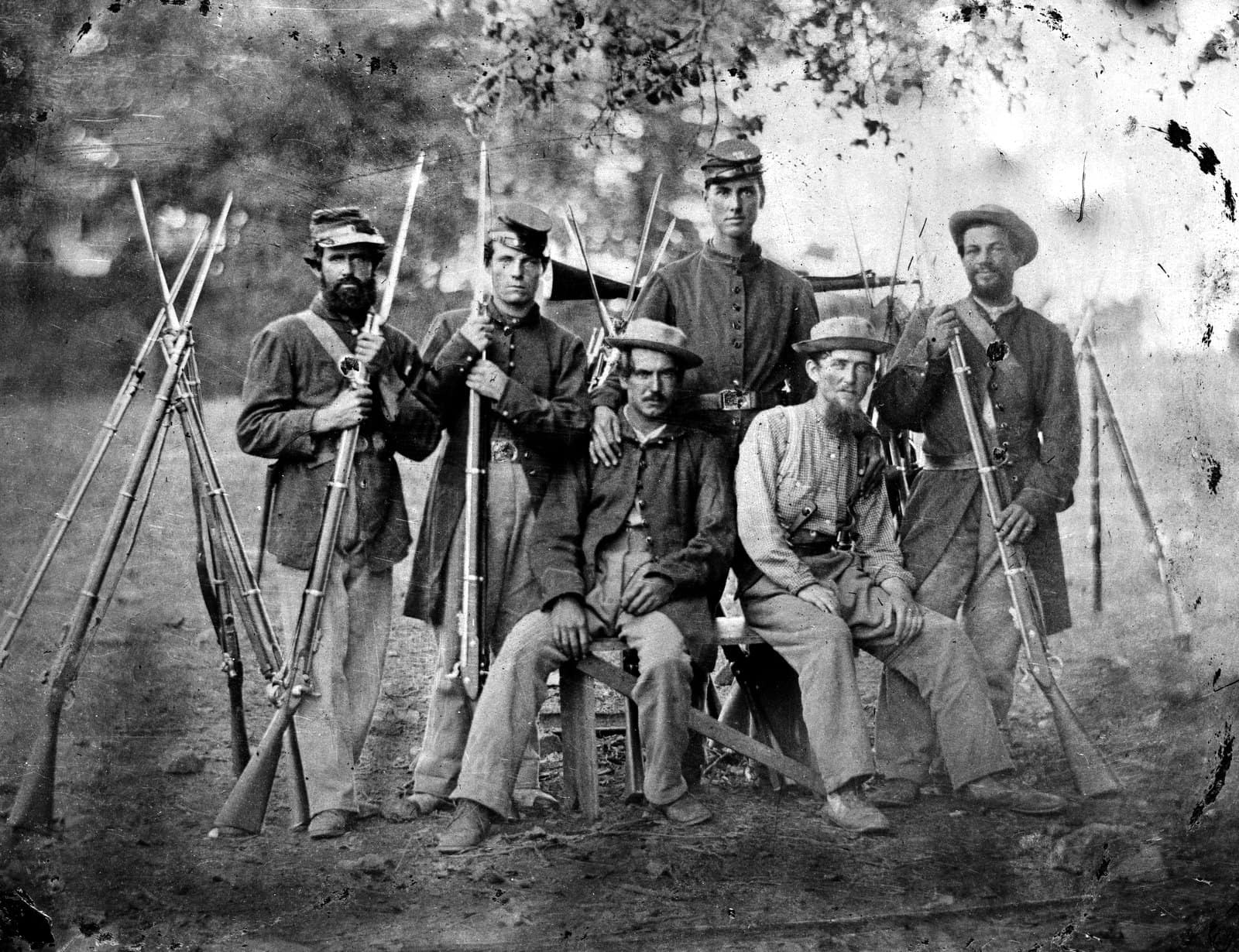 Scores of them plead the monotony of camp life and the irksome confinement of the hospital, and whole battalions frankly acknowledge that “fun,” and something better when this cruel war is over, are their only incentives.

There can be no doubt that war is a wonderful invigorator of the intellect, and that the constant effort to right about face has developed the desire to write about everything else; at all events, there is no disguising the startling fact that our army, when not thundering at the gates of Richmond, and taking active care of the Shenandoah, is occupied in the graceful and pleasing recreation of inditing playful letters to the loyal and good-looking young women of the North.

ALSO SEE: Details of the Civil War’s key Battle of the Wilderness (1864) 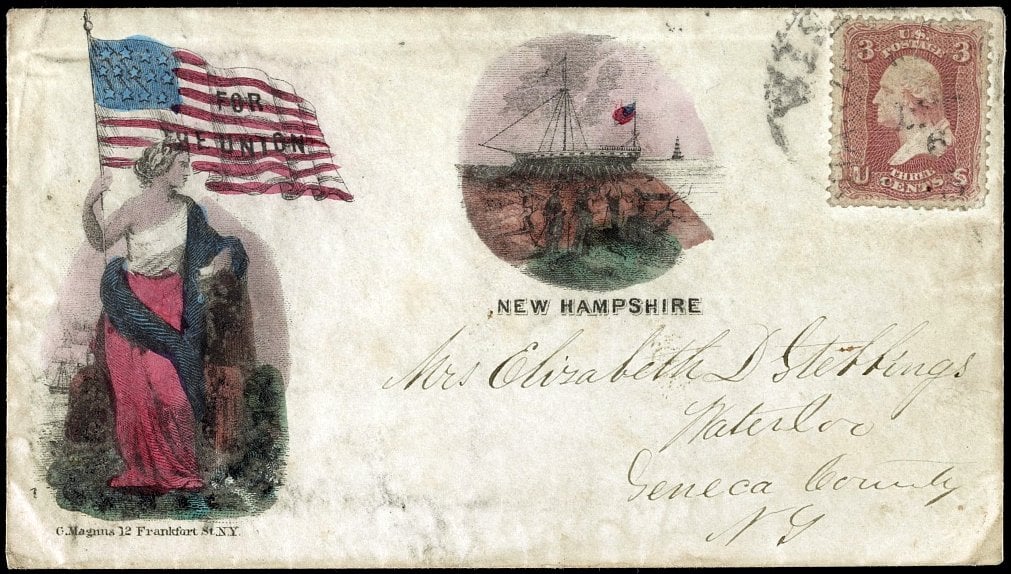 It must be allowed that in one important sense, this is a remarkably satisfactory progression, showing, in the combination of the savagery of war and the blandishments of sentimental correspondence, the superior civilization of our soldiery and the happy culture of the mind, by what has heretofore been regarded as the stultifying and brutalizing influences of the war.

That a diet of hard tack and salt horse should encourage the growth of belles lettres, or that Scott’s tactics should produce an ungovernable desire for cartes de visite may be regarded a something inexplicable, but there is nothing unnatural or unusual in the desire of our men to hear from the young ladies, and the general interest felt in the boys by the no less loyal girls no doubt prompts them to supply all the correspondence that is needed by either the monotony of camp or the dreary emptiness of the hospital. 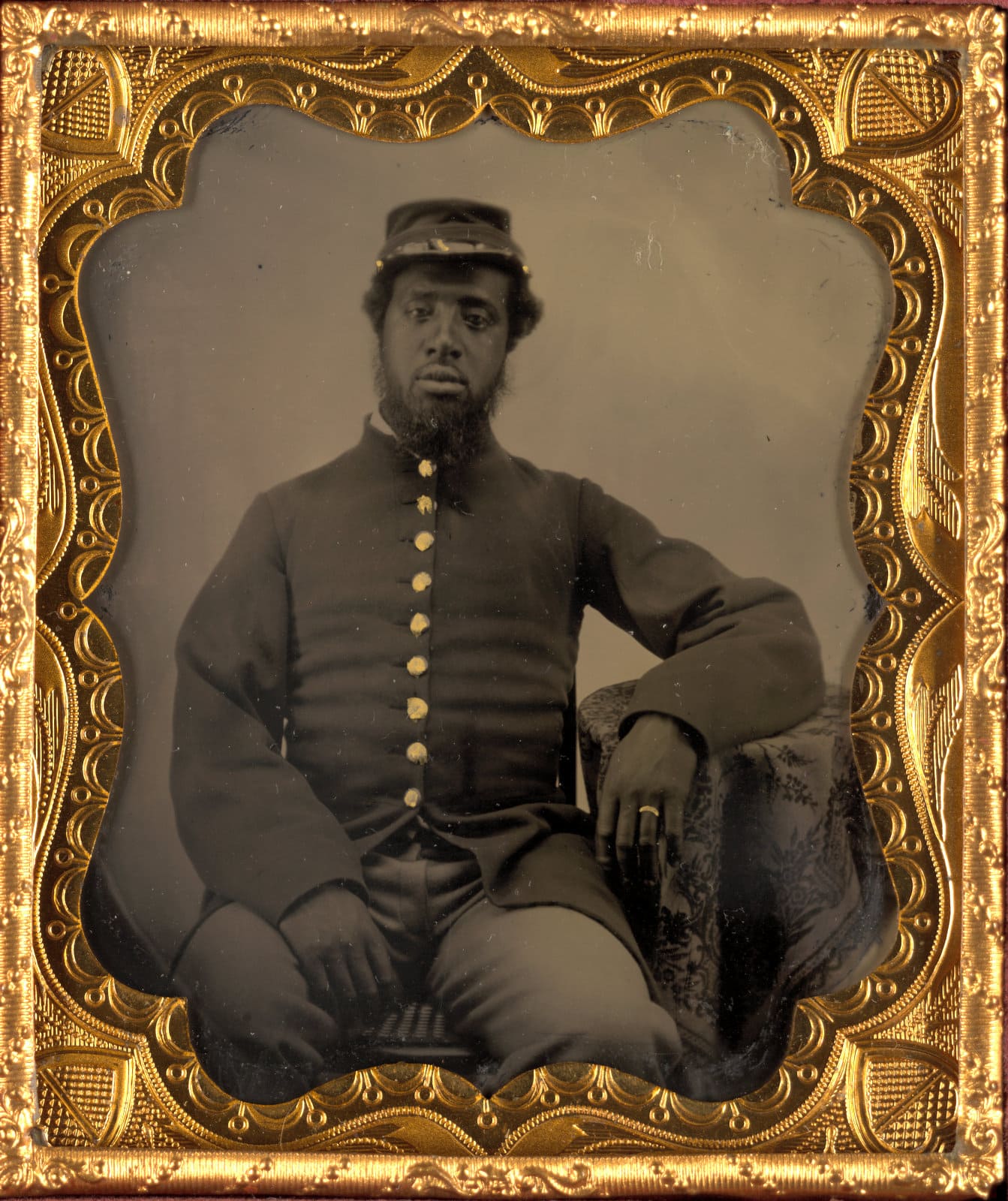 Indeed, there would be nothing to object to were this all.

If the girls were to respond with a willingness that is desirable, out of all the immensity of manuscript there would be much to comfort and encourage our boys; but I fear there are insuperable objections to the new phase, and that the infinitude or correspondence, as at present conducted, threatens to undermine the heroic manliness of our soldiers and threaten eventually the perpetuity of the Republic itself — just now being so securely cemented with noble blood. 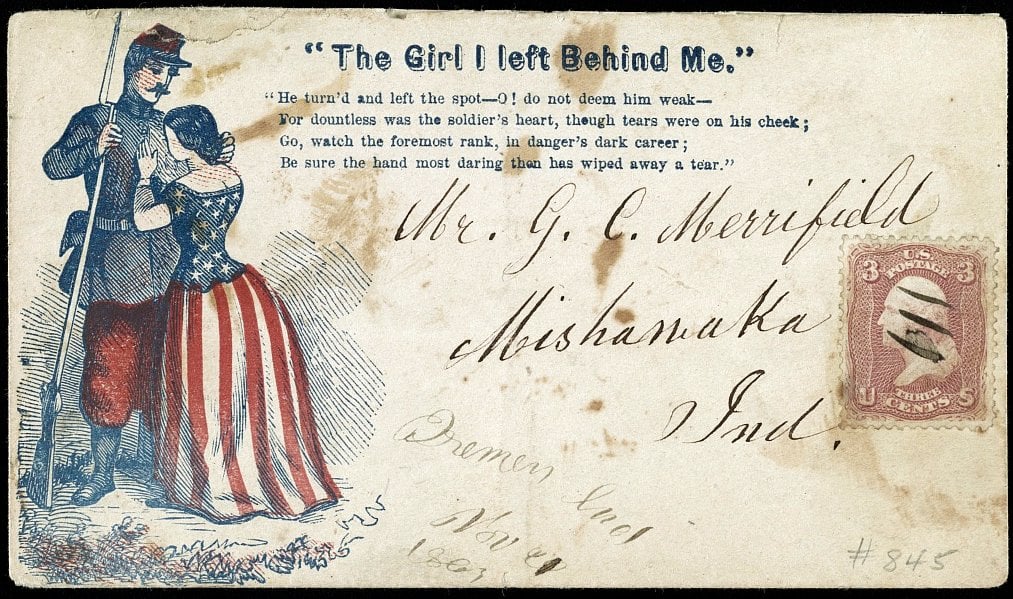 Oh, for the want of love letters from the North

Who does not know that for the last ten years there has been a rapidly increasing army of young women scattered through New England and the entire North, whose sole mission on earth has been to scribble?

Their irrepressible rush of sentiment has floated half a score of weeklies into prosperity and inflated as many monthlies with the very sweetness that another army of passive readers accepted as their literary fate, desiring no other.

This adorable tribe has multiplied and filled the land and every waste basket in it. They could no more be restrained in their “epistolations” than could the gentle dew be interdicted by statute.

ALSO SEE: The etiquette of marriage: The engagement, wedding ceremony & after (1850) 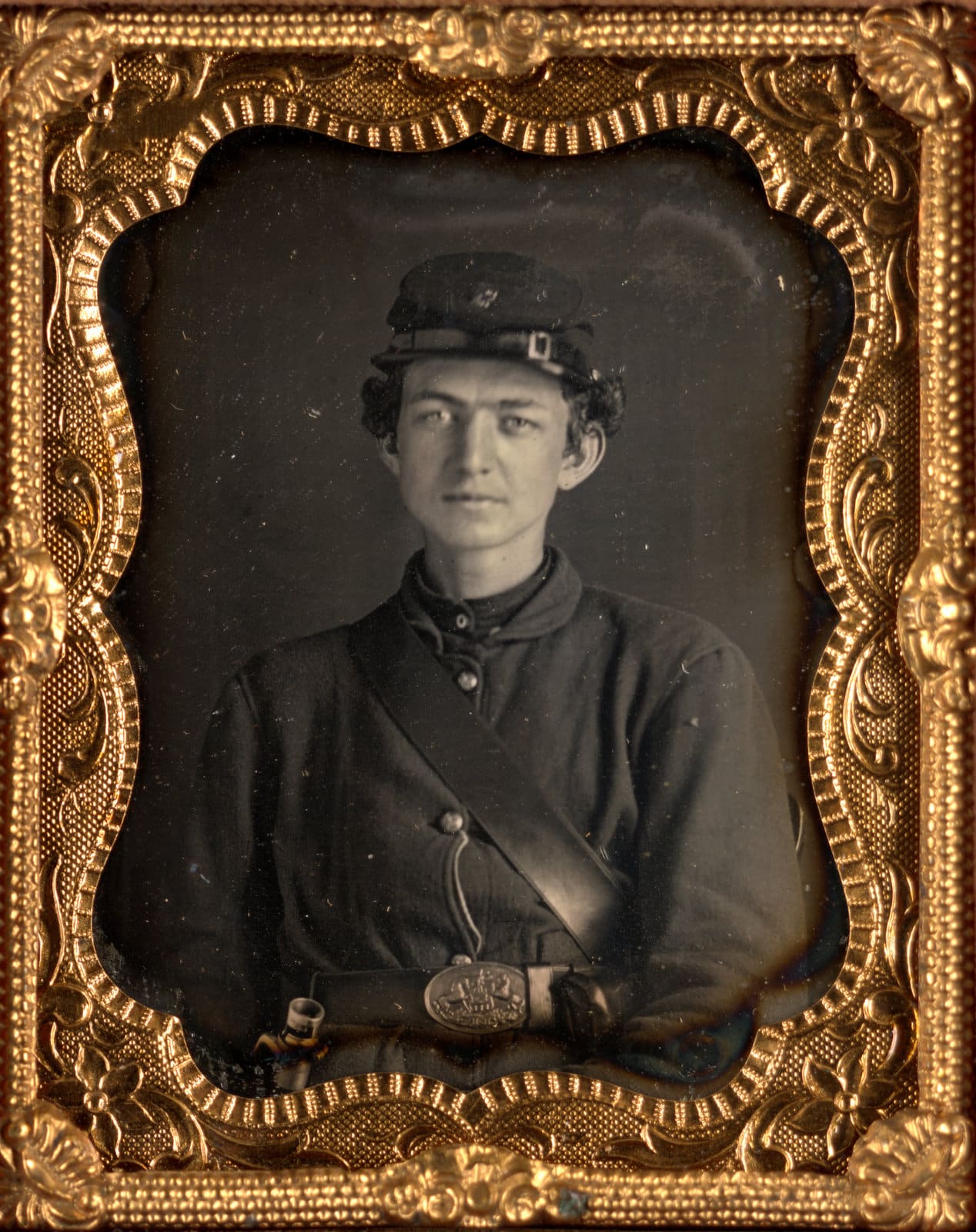 Their glistening drop would form and trickle in spite of conventional restrictions. When the literary reservoirs of New England become surcharged, they fell to writing to themselves, to hunting up albums, to sprinkling their immediate friends with the divine flow, until the enormous supply not only overflowed the demand, but threatened to drown it out forever.

In this extremity the war opened. Blessed chance! And the twenty thousand sweet scribblers, wearied with contributing gratuitous heart-songs and descriptions of nature to the Boston Reservoir, have — startling thought! — turned their batteries upon our soldiers, and in epistolary onslaught threaten, if the demand continues, to exhaust themselves.

If curiosity should be excited in regard to the nature or the epistles the loyal and beauteous scabblers waft armyward, let us turn to their previous efforts in the aforementioned Reservoir, which sheet is now the chosen medium between the languishing soldiers and the comforting women. 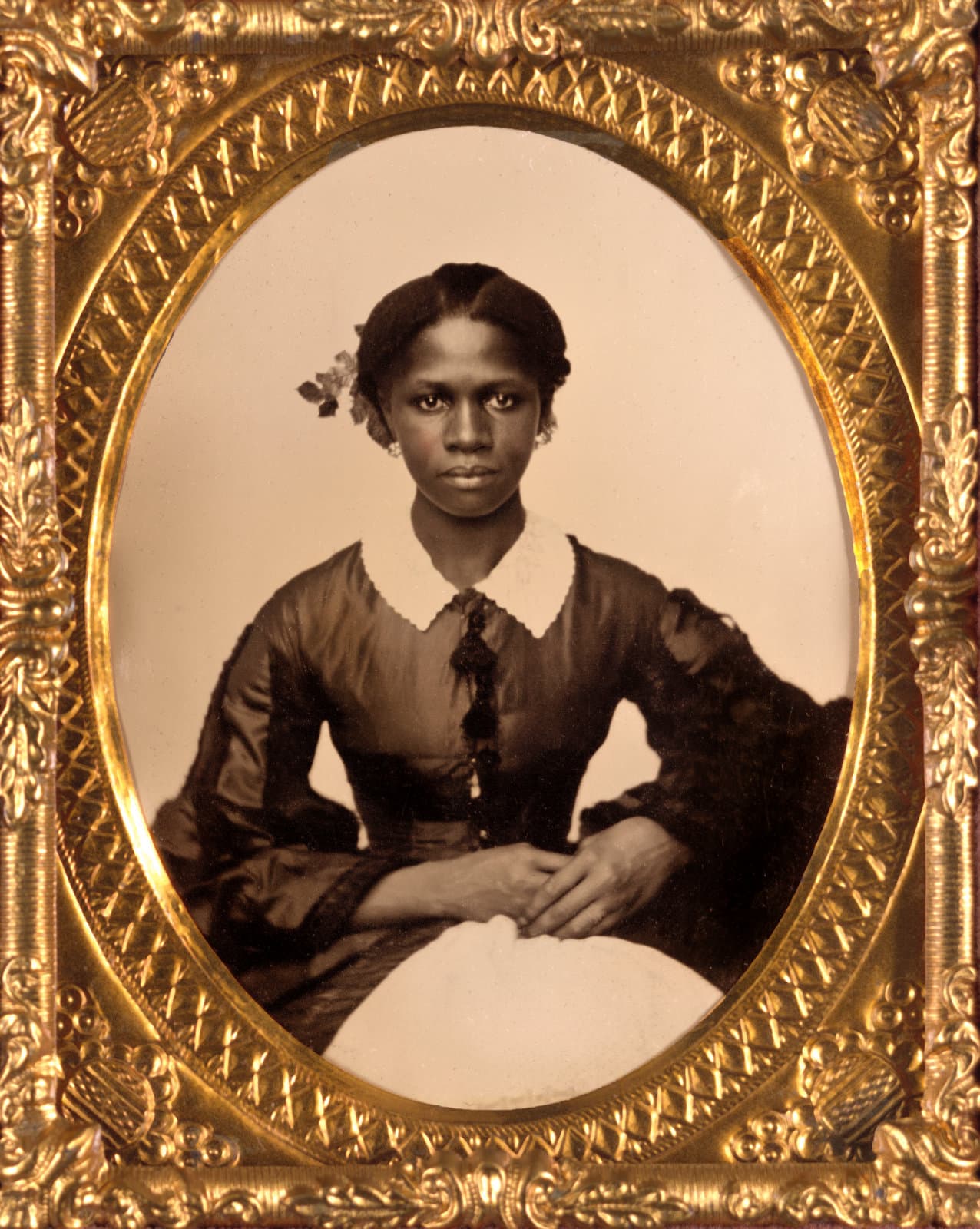 And in looking over the prodigious array of sentiment which ten years’ weekly expenditure of sixteen columns of fine type could net exhaust, the natural inquiry presents itself — what will be the effect on the mind of the brave army of so much tender commonplace — such rivers of ordinary prose and oceans of extraordinary poetry?

DON’T MISS: How to start a genealogical record for your family

It were a curious speculation that which dives into the loneliness of the powder-begrimmed picket, and studies the effect upon him of ten pages of such twaddle as we read in the allurements of fine type, or to witness the slow development of emotion in the breast of the fellow in the trenches reveling in the sensuous outpourings of Myrtle Mignonette.

Are the graces of the boarding-school, indeed, to be thus curiously inwrought with the passions of the field? I the veteran to beguile the time between “taps” and the tramp with the aspirations of honey-suckled nymphs who spin him iambics when they should be knitting him stockings? Perhaps so. 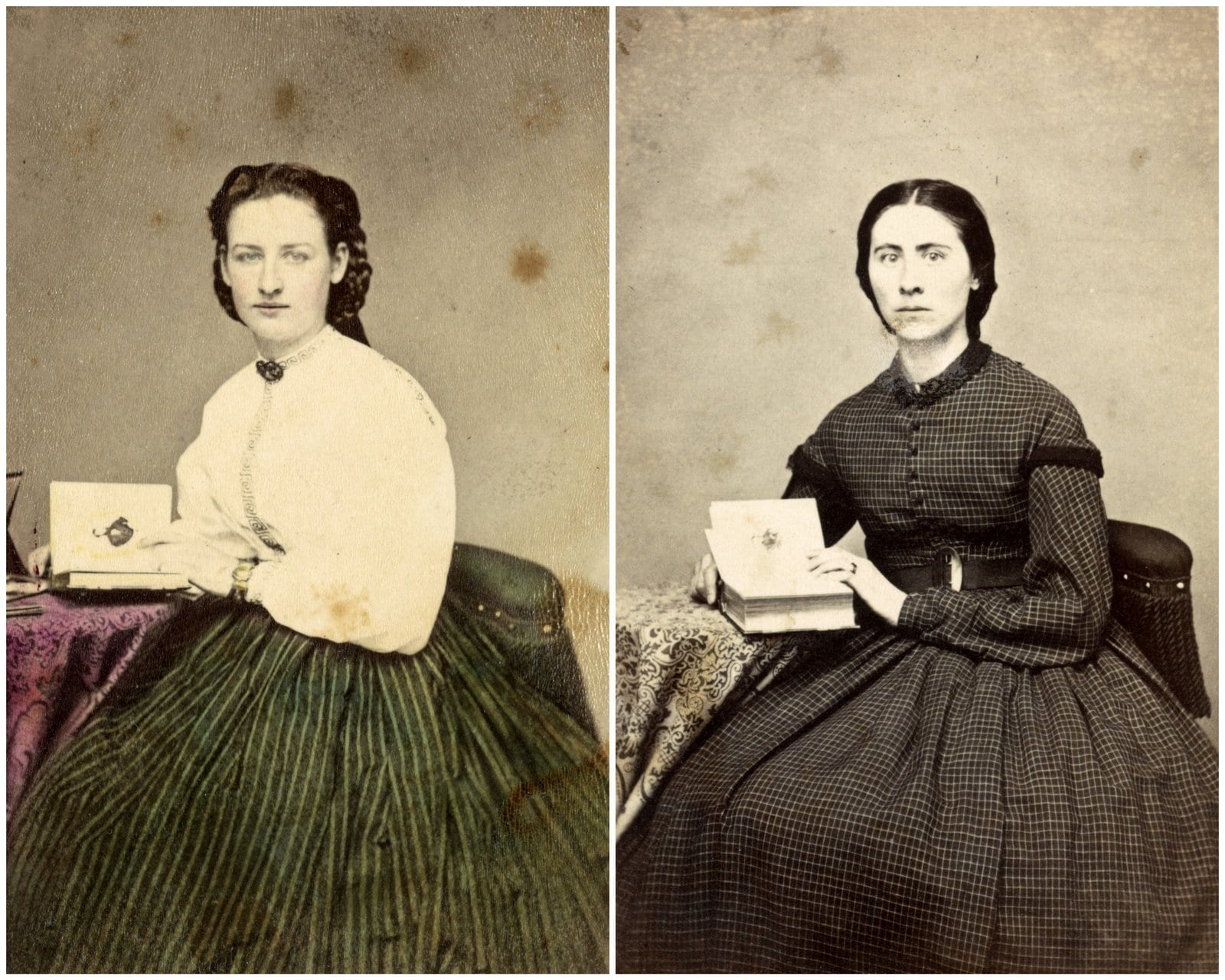 Stranger things may have happened. Still the alternative from carnage to calligraphy, from sanguinary deeds to rose-tinted notes, it not so strange.

The mingling or the romance of the actual with the romance of the ideal may be excusable — indeed, one may be the sequence of the other; and if the sturdy men who have fought so long and so well can only stand the new infliction that they have invoked, surely they deserve something better at the close of the war than scribbling wives. 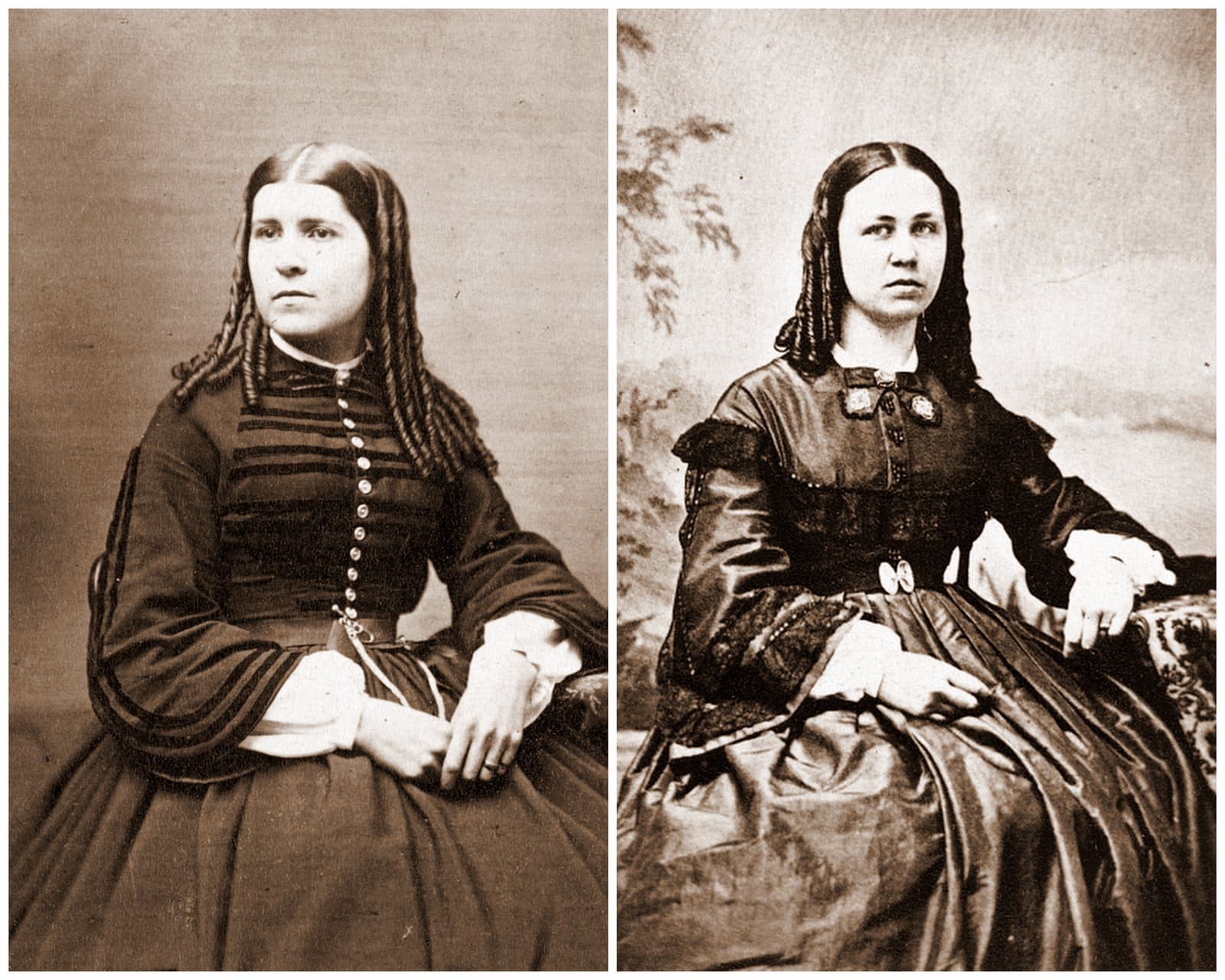 If it be opposed to this that a majority of the women of America feel it their duty to write to the soldiers words of encouragement, and that the correspondence is therefore not to be narrowed down to the amateur and professional scribblers, one must wonder at the need of these soldiers’ appeals for letters.

But from whatever source the answers come, there remains the curious fact that the service endows all the men with a desire to write and be written to, and, according to their own admission, “fun” is the predominant motive. 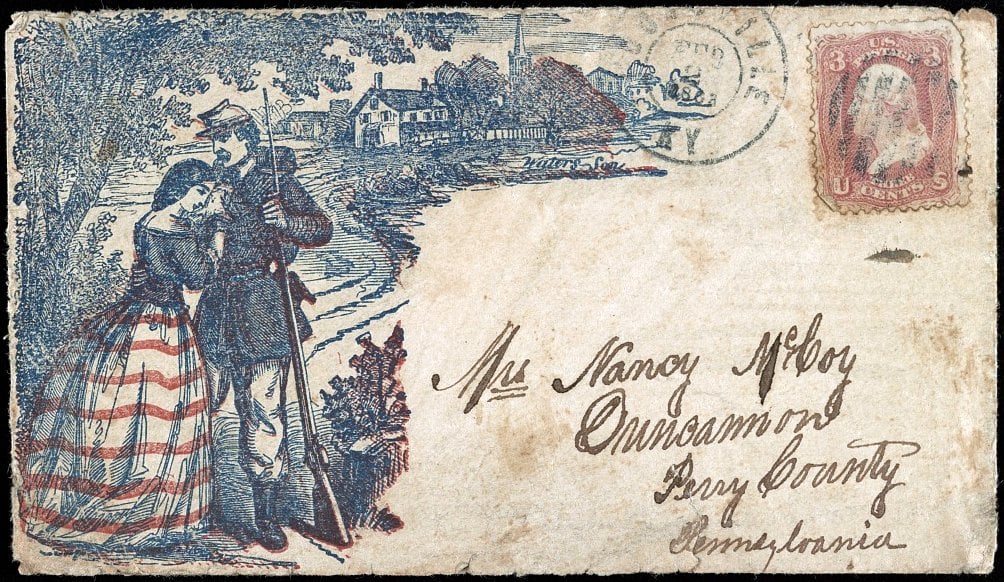 A grateful nation can refuse these noble fellows nothing, and letters are cheaper than lint. Therefore, let the good-looking women who are forming societies for the accumulation of onions and condensed milk remember this want, and make up a mail-bag of “fun.”

ALSO SEE THIS: How the Civil War ended, and find out the details of Lee’s surrender to Grant (1865) 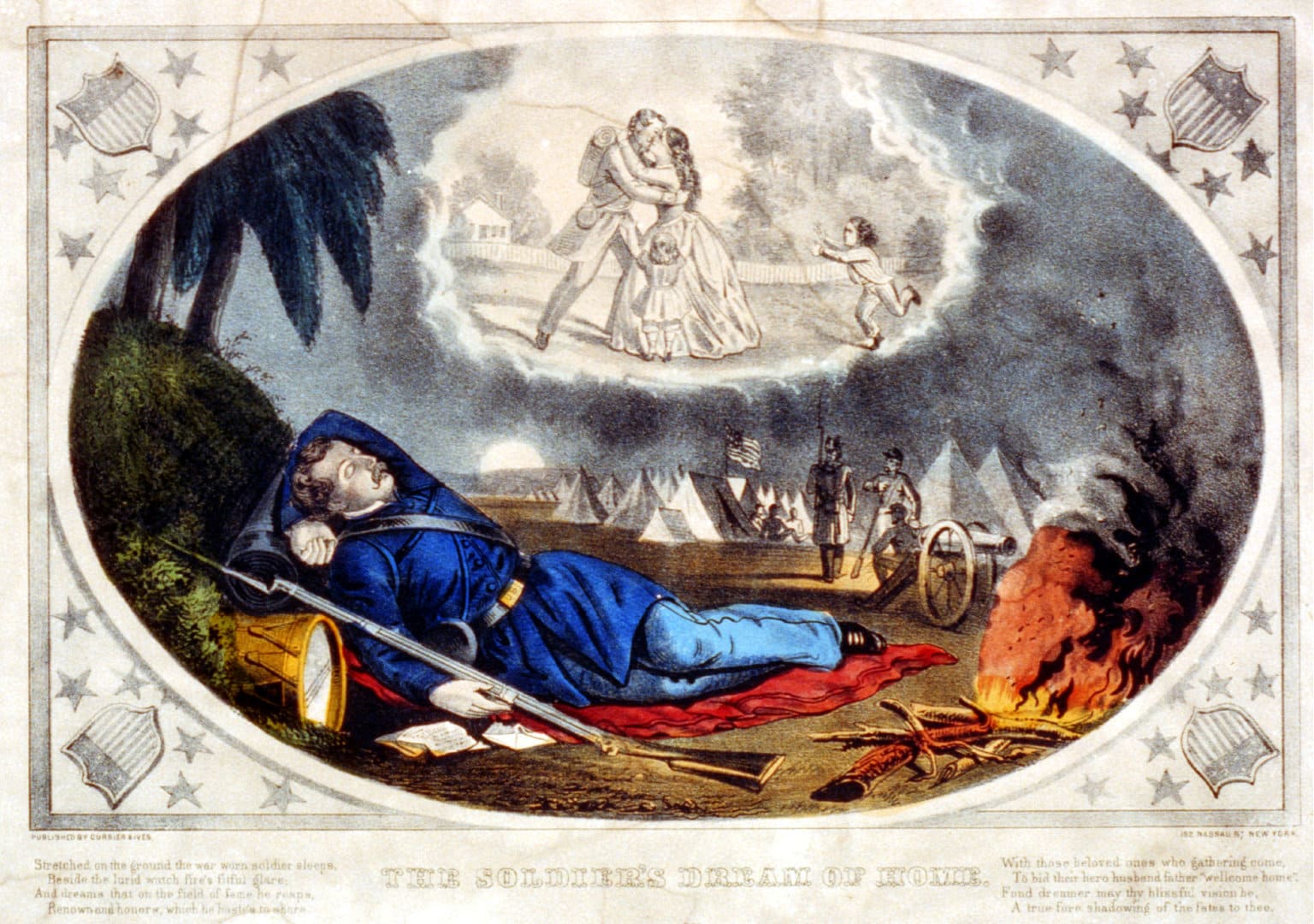 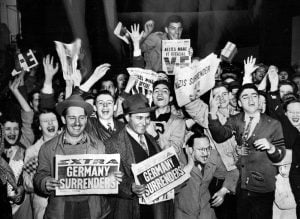 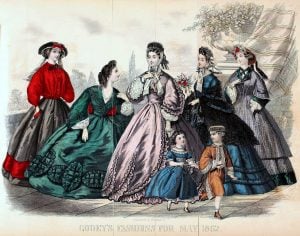