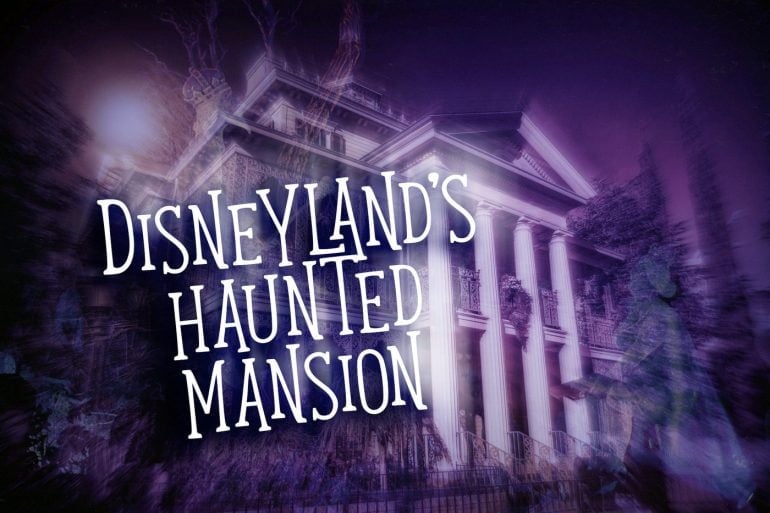 An old Victorian mansion stands peacefully in the warm, southern sun. From the outside, it seems to beckon you. But inside… suddenly, an unseen voice welcomes “foolish mortals” to… the Haunted Mansion!

The Mansion is filled with 999 retired spooks and spirits from around the world who have taken up permanent residence in Disneyland. Under the watchful “eyes” of your Ghost Host, you find yourself passing through eerie galleries and dark corridors to the misty regions beyond. 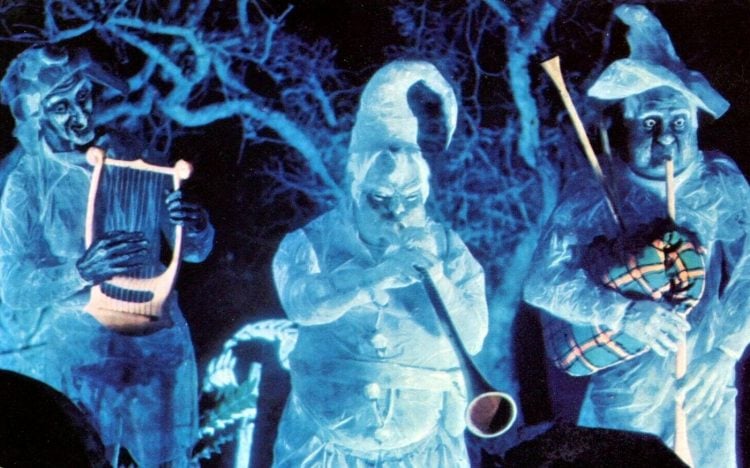 Strange sights and sounds abound on every side: rooms with no doors or windows, pictures that change before your very eyes, a seance of the supernatural, and even a ghostly ball where everyone is “living it up.”

Then on to a graveyard — out of this world! Ghosts and ghoulies of every size and shape cavort cadaverously in their private playground. Some even want to accompany you home.

And as you depart, newfound “fiends” urge you to “hurry back” to Disneyland’s Haunted Mansion.

Hovering above the riverfront at the edge of New Orleans Square, the stately old mansion has been offering “post-lifetime leases” to ghosts, ghouls, specters and other restless spirits since the exterior was completed in 1963.

Today 999 creatures — the famous and the infamous — from all over this world and the next have moved in to enjoy a most active retirement. Every person entering is eligible to become the one-thousandth. 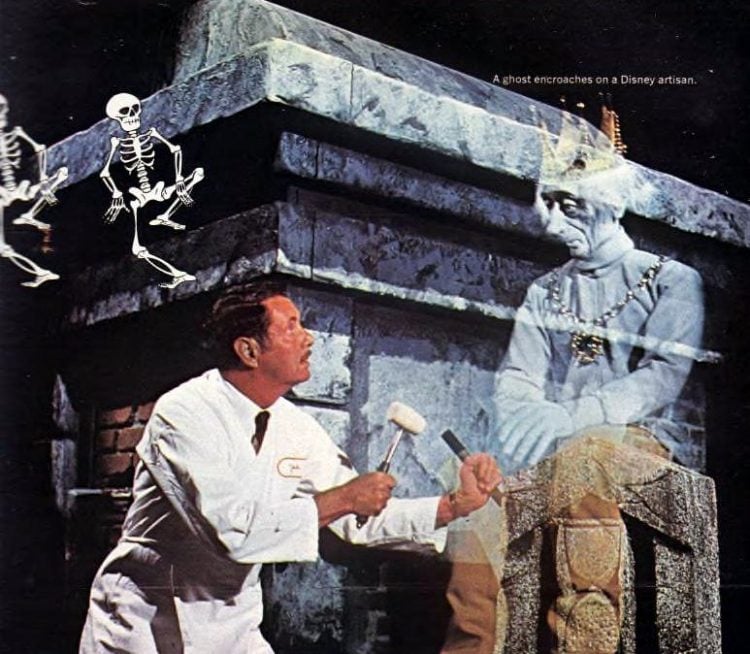 And while residents were signing leases, the living were making this the most asked-for adventure in Disneyland’s 14-year history.

“It’s been a case of mutual anticipation,” notes a spokesman for the Park’s Ghost Relations Department. “While Mansion occupants have been just dying to meet Disneylanders, those of this world have been just living for the day when they could meet the ghouls.”

As many as 2,616 mortals an hour can ride in two-passenger carriages through the Haunted Mansion’s labyrinth of cobweb-screened halls, pitch-black corridors, stone-cold chambers, creepy attic and, of course, a misty graveyard.

Along the way, visitors will see — or ‘feel’ — everybody from an Egyptian mummy to the mysterious Madame Leota, medium of the wildest seance ever.

MORE: See 21 stunning Southern mansions & plantation homes from the Old South – including the inspiration for this house! 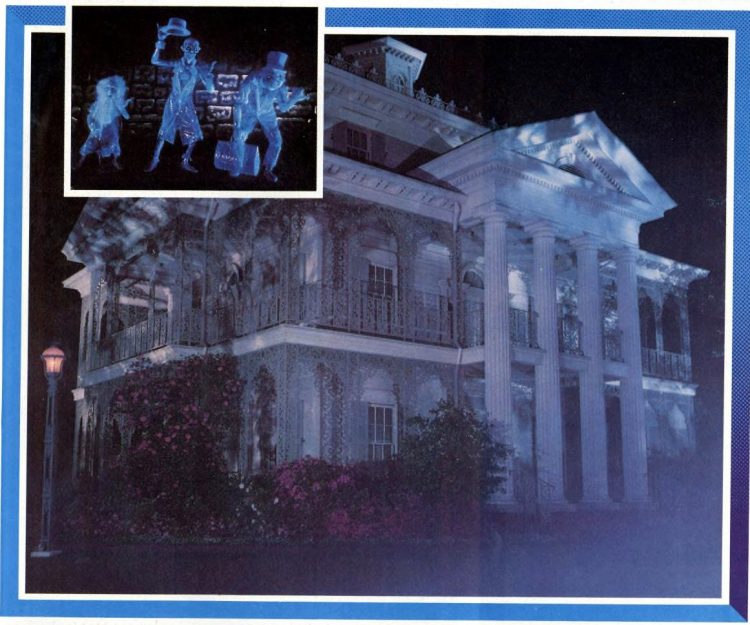 Ghosts have taken up residence in such happy haunting grounds as the Picture Gallery. Corridor of Haunted Portraits. Endless Hallway, Corridor of Doors and a dreadful Conservatory.

The Haunted Mansion’s skeleton staff is headed by a Ghost Host, whose mysterious voice accompanies those who dare to journey through the frightfully funny adventure.

From the first terror-producing words whispered by the Ghost Host welcoming all “foolish mortals” to the eerie strains of The Screaming Song, “Grim Grinning Ghosts,” the mansion keeps its promise to be a ‘delightfully dreary adventure suitable for every age.’

And every guest can expect to be aged during the visit.

Among the supernatural sights and nerve-jangling sounds are portraits that change while being viewed, a headless knight who sings an operatic aria, and naturally, baying hounds.

Adding to the bedlam are fluttering bats, phantom musicians accompanying dancers drifting above a ballroom floor, ghosts that materialize and disappear at will, marble statues that come to life — and even a group of hitchhiking ghosts playfully seeking the seat right next to Haunted Mansion visitors. 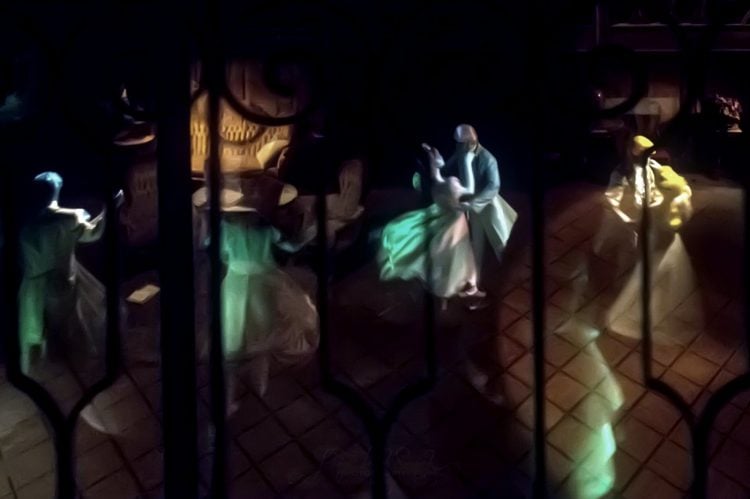 Created at a cost of $7 million, the spirit-infested house is Disneyland’s 53rd major attraction. Like all of them, this new “phantom-phantasy” was designed by WED Enterprises. Inc., the Disney architectural, engineering, research and “Imagineering” subsidiary.

History of the Haunted Mansion extends over more than 10 years, since Walt Disney first assigned his staff to research supernatural phenomena and “haunted” places.

“We’ll keep up the grounds and things outside,” Walt promised, “and the ghosts can take care of the inside.”

During the course of their research, the WED staff developed many new “illusioneering” techniques to make possible an adventure based on the strange, the occult, and the psychic.

Opening of the Haunted Mansion in the New Orleans Square area brings Disneyland’s capital investment to more than $126 million, including all 1969 additions and improvements.

Ghostly Mansion — This mansion houses 999 restless ghosts and other eerie spirits. The adventure will include a tour with the “Ghost Host” through cobwebbed halls and a haunted graveyard.

First Arrival — “Illusioner” Yale Gracey welcomes the first of a number of happy ghosts moving into Disneyland’s Haunted Mansion. The project includes elastic rooms, demonized doors, a ghostly graveyard and happy spooks who appear and disappear at will. 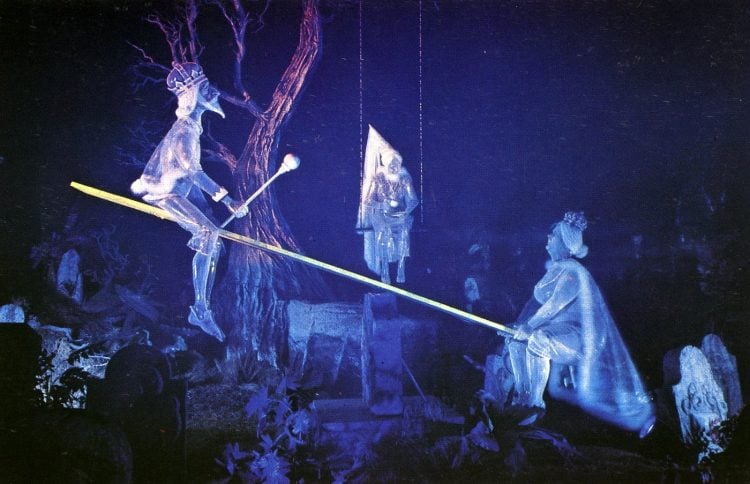 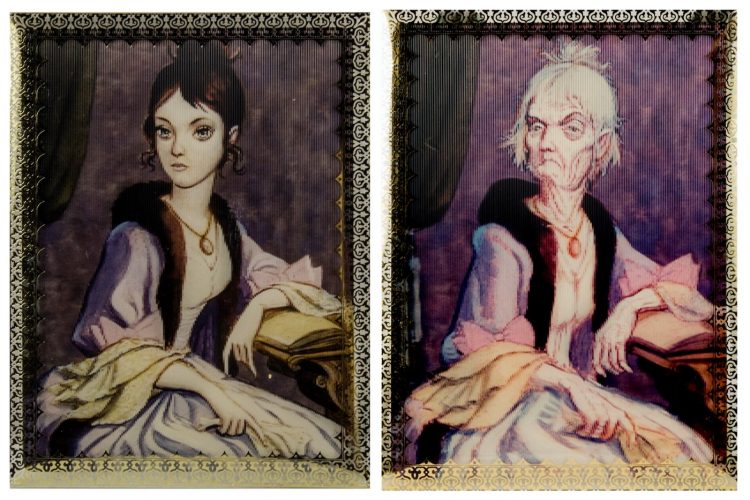 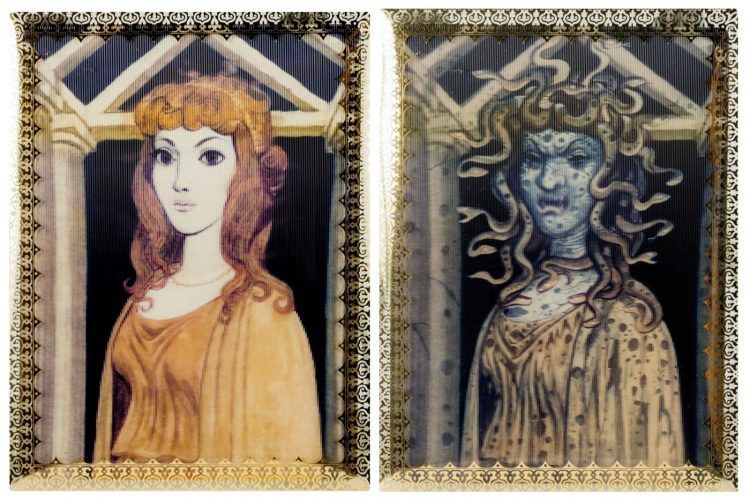 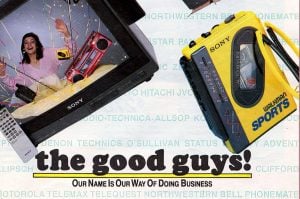 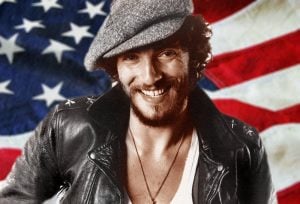