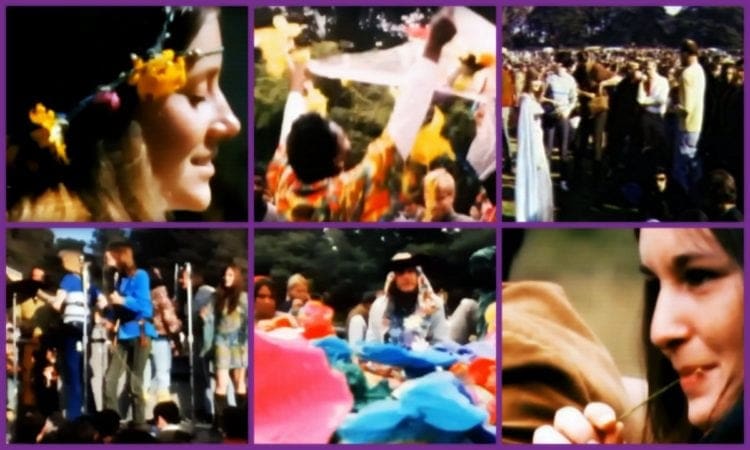 Ginsberg and love are the scene at ‘be-in’

The big day for San Francisco’s hip set was best described, from the participant’s viewpoint, by the hippest of them all.

Ginsberg, looking tired but content, stood in the rear of a jazz nightclub in the Haight-Ashbury District. He spoke happily about the “be-in.” 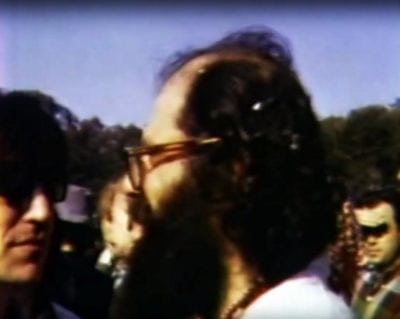 The “be-in” was the grandest of all happenings, attracting at least 13,000 of the hip set and perhaps 2,000 spectators. It happened Saturday at the polo field in Golden Gate Park.

Ginsberg had reason to be tired. He had been on stage speaking, dancing, digging blaring rock music, holding up lost babies from the crowd, and finally leading everyone in a Zen Buddhist chant to close the day.

That night, he showed up in the Haight-Ashbury, and later walked the street alone, peering in shop windows.

>> Before the Summer of Love: Hippies invade Haight-Ashbury (1967)

Ginsberg told UPI that the happening was actually an official Zen ceremony because a leading Zen priest of the area was on stage, meditating while the Quicksilver Messenger Service Band played folk-rock.

The happening, billed as a “human be-in” and a “gathering of the tribes,” began and ended with a Sanskrit ceremony and the blowing of a conch shell, Ginsberg said.

Other noted persons were there, including Dr Timothy Leary, a former Harvard professor now considered the high priest of the psychedelic cult.

Someone even arrived by parachute.

Jazz trumpet player Dizzy Gillespie, dressed in a tee shirt and slacks, stood in the crowd and played while hippies danced.

Members of the noted Hell’s Angels motorcycle club were there, too. They blended well with the bearded, colorful crowd.

“The Angels volunteered to guard the sound equipment,” Ginsberg said. “One year ago, they tried to cut speaker wires at an anti-war demonstration in Oakland. The Angels turned saints.”

As Ginsberg spoke, in the rear of the jazz spot, Haight Levels, someone asked if he would care for a drink.

“No thanks, I use mints,” he said, popping one into his mouth.

“Allen Ginsberg, I love you,” a young man said to the poet respectfully. Ginsberg smiled and blessed him. “Love. That’s what the scene was at the park. Love.” 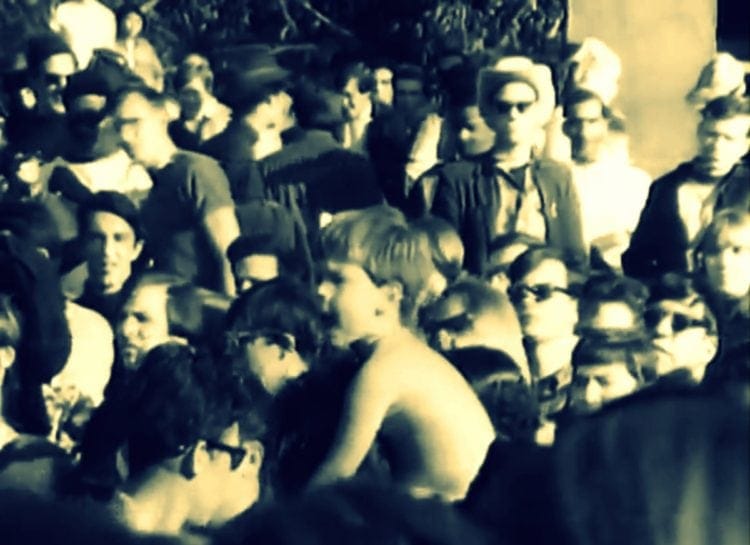 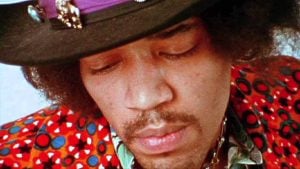 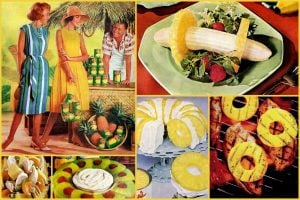