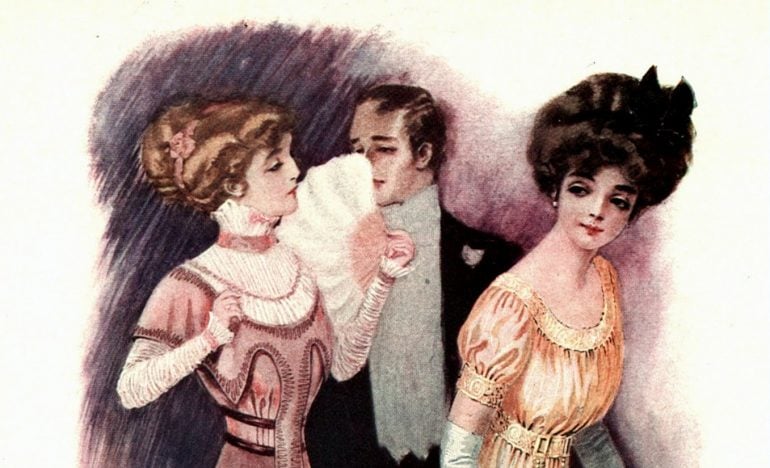 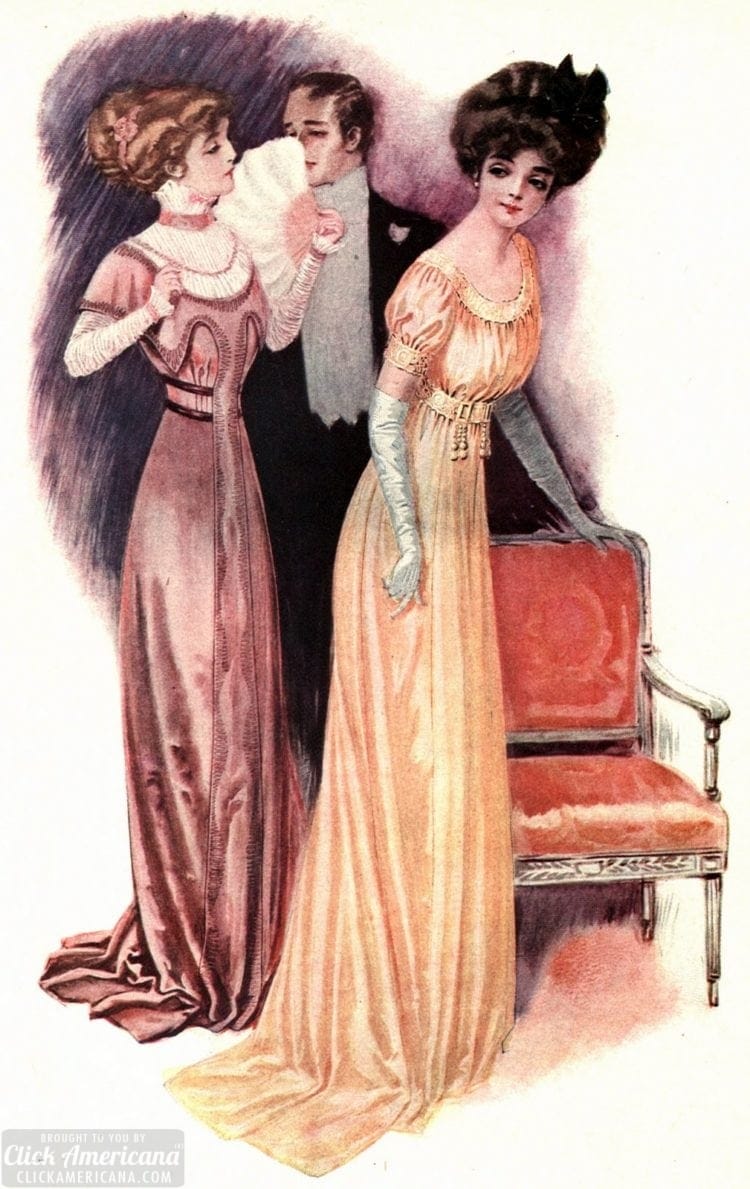 The day of the ornate coiffure is once more.

Not only is the modish coiffure very high, built up of a succession of curls and wavelets galore, but gayly decked with all sorts of ornaments — jeweled, combs, feathers, flowers, bow knots and fantastical designs of bewitching description.

The present tendency of the general outline and the frequent recurrence of small bunches of side curls and French puffs would indicate the return, at no distant date, of the quaint modes of hairdressing that prevailed during the early Victorian days.

Heaven forbid that we ever come to the elaborate coiffure of Marie Antoinette. Or that we are forced to go to bed with masses of puffs and things such as the court beauties of the seventeenth century were required to do, lest they not get them up between sunrise and sunset.

The woman with naturally curly hair is envied by the multitude, and even then she may hear it said that her ringlets my bargain counter products. Be that as it may, hairdressers are having a wonderful boom to the depletement of our purses. Your top knot may be transformed from a skimpy straight one to a modish affair of puffs, waves and ringlets.

Small bunches of curls are frequently purchased separately and may be placed to excellent advantage either on top or side of pompadour. Those little curls fill in an otherwise awkward angle produced by many of the smartest summer hats, thus giving a pleasing effect that could not be obtained without their presence. Shoulder curls are worn for evening.

When you buy artificial hair, no matter the style, buy the best quality you can afford. ‘Tis the cheapest in the end. A poor grade is an abomination and is only fit for pin cushions and furniture.

It is more than likely that the average woman, even though the possesses a fair amount of hair, will necessarily have to resort to artificial locks in one form or another if she wishes to adapt the intricacies of the elaborate coiffure. 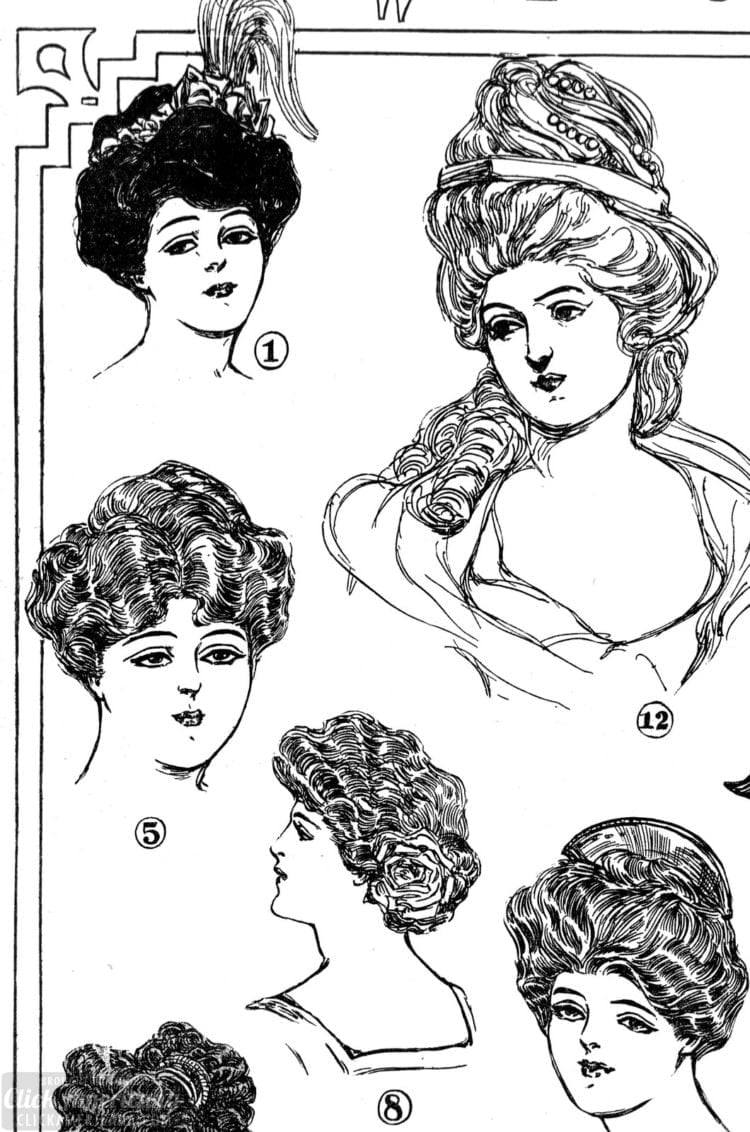 Locks massed to give height

The “bun” has been promptly shelved. In fact, fashionable women haven’t been wearing it for some time. The hair is massed on top of the head, not straight upwards, mind you, or that pretty curve where the hair falls loosely over the neck will be lost. The lower portion of the hair must be “ratted” when the hair is thin, for a graceful sweep from the nape of the neck to the crown is absolutely necessary.

The marriage of King Alfonso to Princess Ena has given even greater impetus to the wearing of high coiffures. The coiffure of the Spanish belle is renowned, her curly tressus being massed high on her head.

The average face is much improved when the hair is raised off the forehead. The parting may be in the center or at the side, though much discretion must be used in either case.

Correct and becoming hairdressing has more to do with a woman’s appearance than she supposes. It not only alters her facial expression, which in itself is not a little thing, but imparts either a distingué or commonplace air, the latter being inexcusable today. 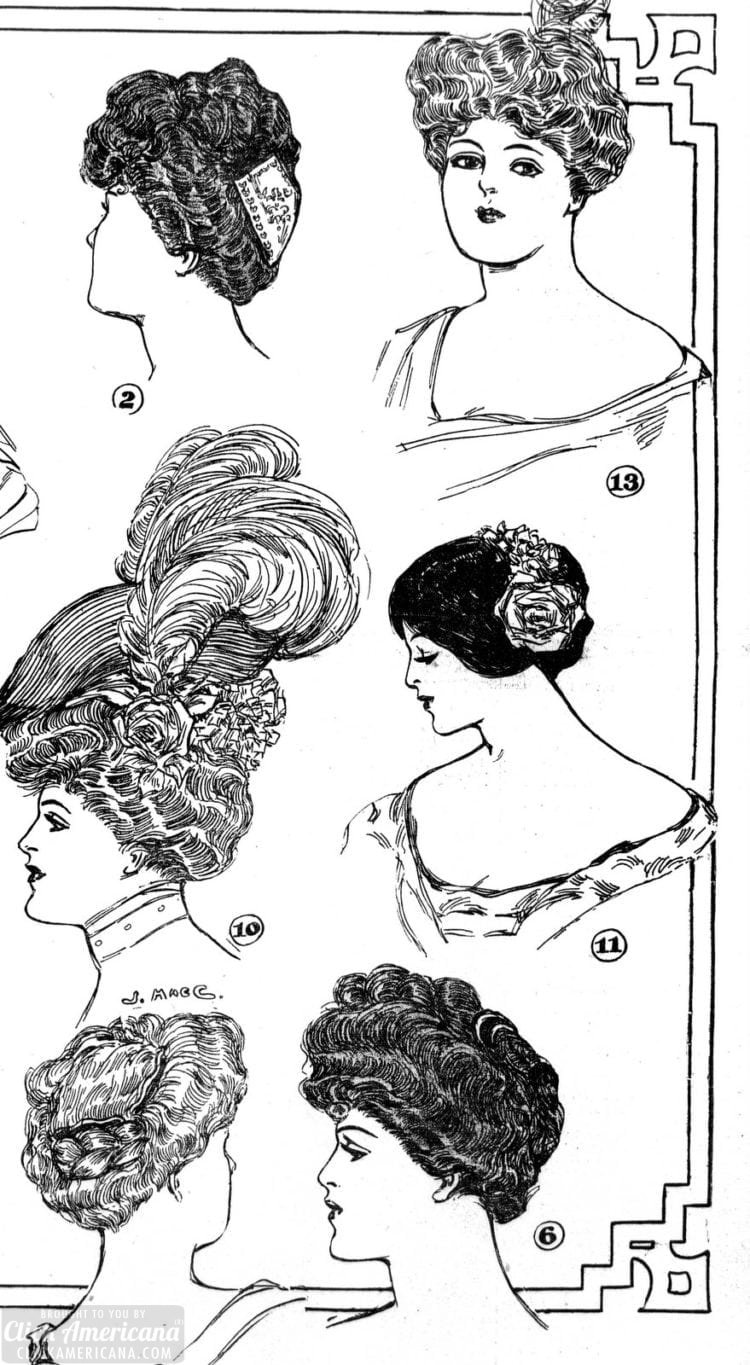 Story of the sketches

Grouped on this page are a number of illustrations that give the reader a comprehensive idea of the fashionable coiffure without simplifying or elaborating to an extreme degree.

The first sketch is made conspicuous by the decoration of gold or silver wreath touched with a heron plume. The second is a simple arrangement embellished with a shield-shaped ornament of shell or amber. The third is the exact reproduction of ex-Queen Christine’s coiffure. The front hair is waved to resemble puff and a succession of these are worn high on the head, and a magnificent jeweled ornament is worn at the side.

The fourth illustration shows a simple style where the hair seeing to wave with natural grace off the forehead; the top hair is gathered into large flat bun, set off by a tall Spanish comb.

How to make a ’60s beehive hairstyle

Number five shows a center parting, that requires skillful arrangement. The sixth sketch is very attractive. The top hair is loosely twisted, held in place by a pair of tortoiseshell combs. The twist extends well to the front. A plait may be substituted in place of the twist.

The Coronet plait consists of two pieces, one for the front, the other for the back; the sides and center are nicely puffed to give an evenness to the whole. A girlish low head dressing is shown in the eighth sketch, and the cabbage rose imparts it a chic air.

Another especially becoming style is depicted in number nine. The back hair is arranged in two loose figure eights that extend horizontally across the head. Eleven is a quaint style. Twelve shows a moderately high coiffure decorated with ribbon and coral beads. The fashionable Cavalier plume characterizes the last illustration. 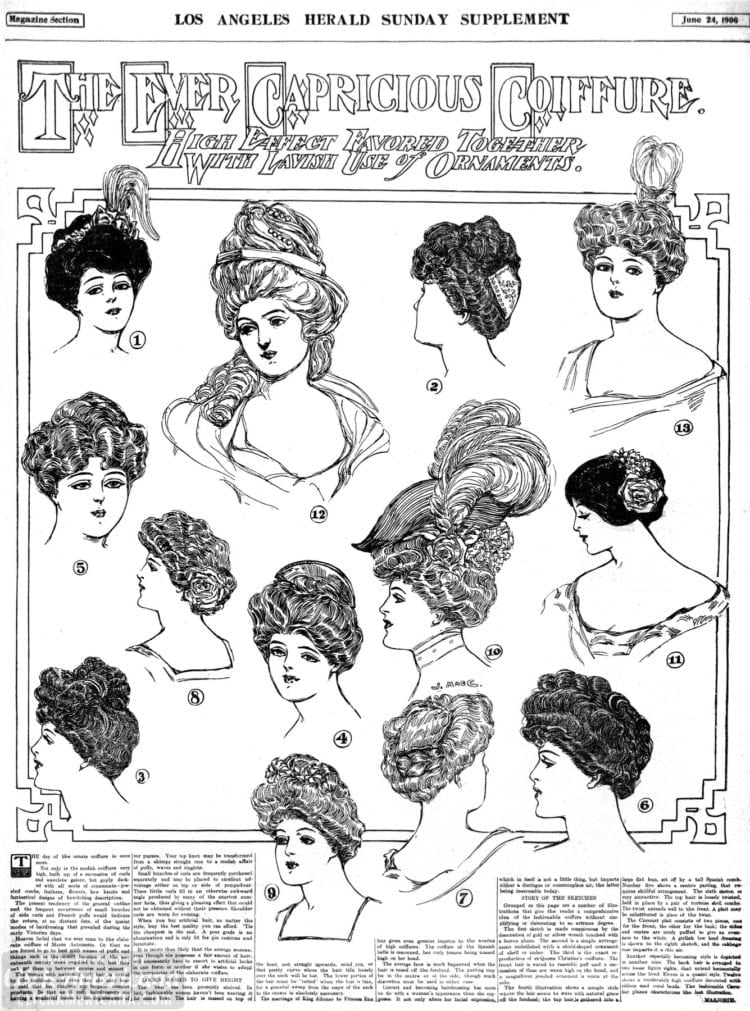 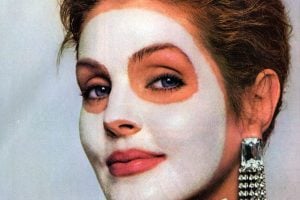