Stage actress Blanche Bates shared her makeup secrets back in 1913 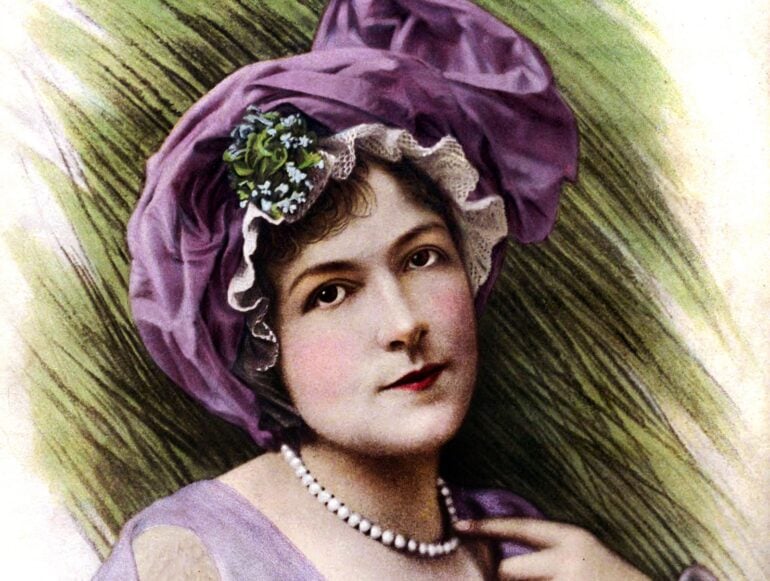 This highly-misunderstood process involves a lot more than just putting “a dab o’ powder” on your nose.

“Nowadays, when all women use more or less makeup, I think they would be more desirable to look at if they would do it more artistically,” said a man to me the other day. “Perhaps they might gain some points from the women of the stage. Ask some of them to tell you the secrets of the powder-puff sometime, won’t you?” he finished.

Blanche Bates happened to be the first actress I went to see after this conversation, and so I put the question to her.

“Come up after the first act and I’ll show you how I make up,” she said. “I have a long wait then.”

The artist and I were seated in the pretty little dressing room and had time to take a look around before the actress made her appearance.

The mirror was hung in the center of her makeup shelf. Besides the numerous brushes, combs) jars of cream and boxes of powder, there stood at one side a picture of Miss Bates’ mother, and close beside it was a volume of Maeterlinck’s “Life of the Bee.” 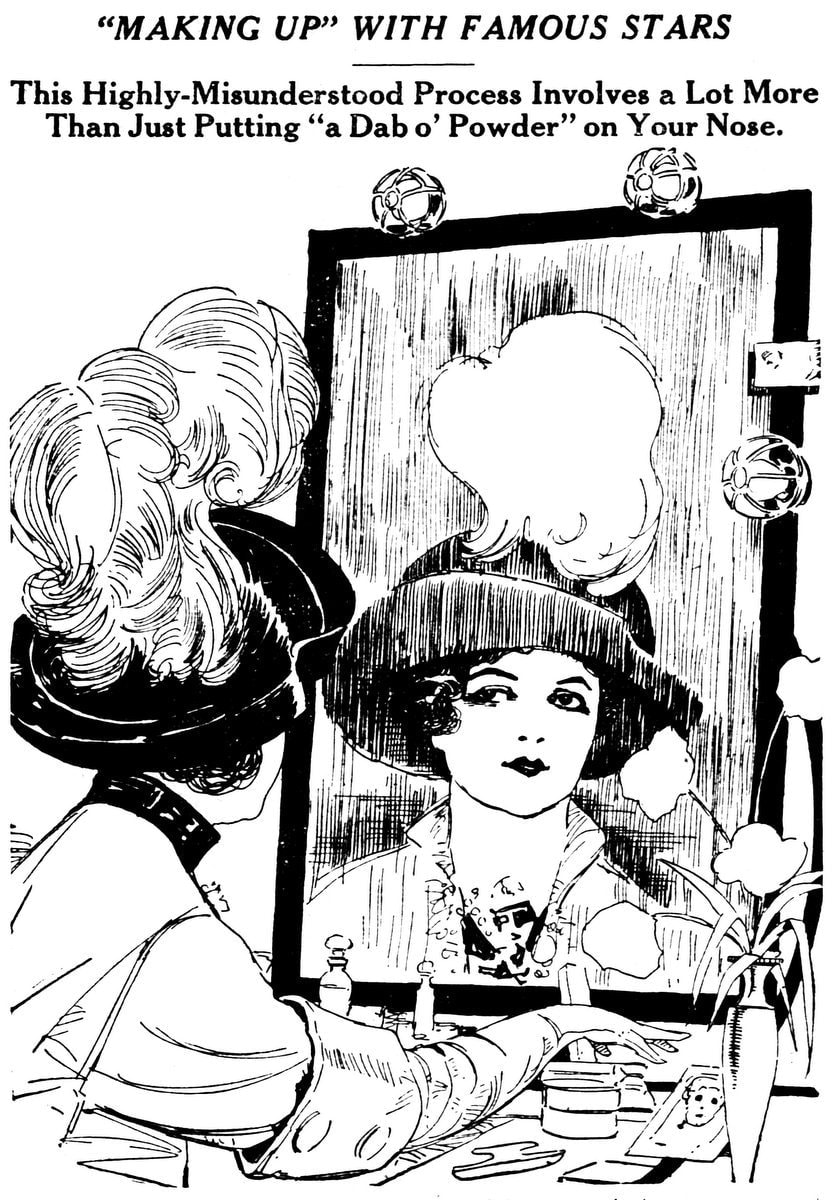 Makeup secrets from a stage actress

Just then in came Blanche Bates in a perfectly lovely dress of cream silk ratine combined with tan crepe du chine. A black hat with tan feathers made the artist remark about its becomingness, and he started right in to draw her, but those feathers bobbed about so as she talked that he had hard work doing it!

“Well, I’m all made up, you see!” said Miss Bates, with a smile. “But I can TELL you how I do it!” And she immediately began to frivol with the hare’s foot and fuss about her face with a puff. 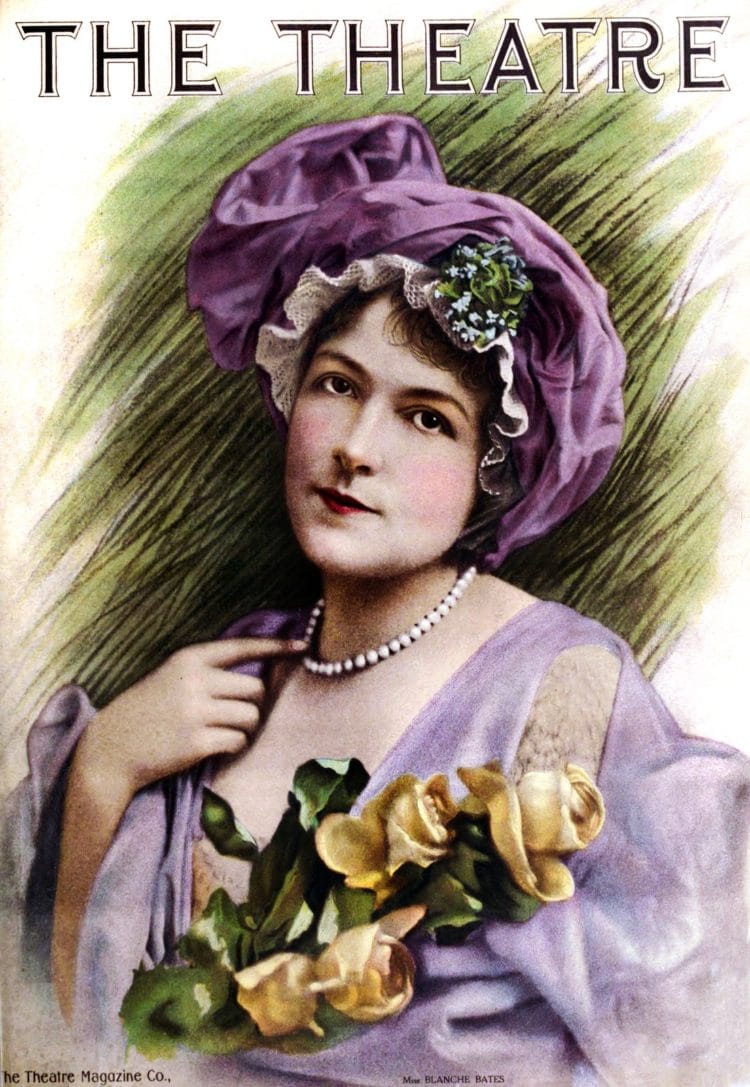 “Every actress makes up a little differently for a different age and a different character,” she said first. “In this we differ from the usual society woman, who always uses the coloring of sweet sixteen and perfect innocence even after forty.

“The heroine of ‘The Witness for Defense,’ in which I am playing now, is a woman of refinement, but she has lived through bitter experiences. Her face must look like that of any other nice woman over thirty. Her cheeks and lips must not be too red, and her eyes must have the heaviness of unshed tears. There must be a slight droop to the features — not enough to suggest age, but certainly enough to intimate sorrow.

“Yes, any woman can do all this with a careful make-up, and I advise a man who is married to a clever woman to look ‘a little out’ when, wifey appears pale and unhappy and seems about to collapse. She may be training for a trip to Palm Beach, or it may be a diamond and emerald dinner ring she has set her heart on.”

She has made her toilet with that in view! 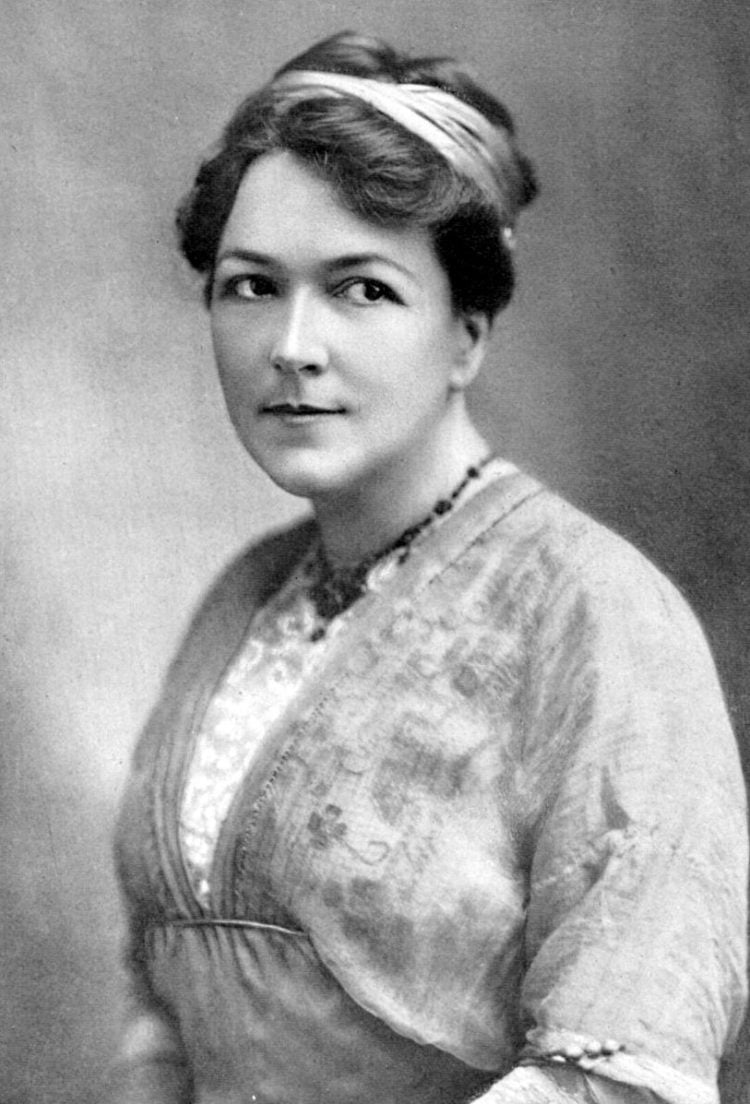 “Here is how I make up for a woman of thirty or so,” she says. “First, I apply a very heavy cold cream to make a good groundwork to build on.

“For my lips, I use a grease stick, the same kind almost every woman uses when making up for evening. It is of a VERY DARK red. My hair is combed in the flat braids in which I always wear it.

“I use brunette powder and a rather brown-red rouge — something that gives the complexion a beautiful tint, but which still lacks the first freshness of youth. I put a little blue-grey grease paint over the eyelids and darken under my eyes with a tint of deeper blue.

“For my eyelashes, I use black grease paint, but I do not ‘bead’ them. For the shadows under the eyes, I use that pencil with which the old-style surgeon used to mark out the place on your body where he intended to make the incision. It is very dark blue and is said to be perfectly sanitary.”

Although Miss Bates declared she was all “made up,” she was continually putting a little more powder, fixing up her eyebrows or tinting the lobe of her ear a pinky hue. I have never yet seen an actress who could resist her make-up box if she were near it.

She did not, however, have to make her mouth turn up at the corners, for Blanche Bates is always smiling when she is not laughing. She seems to be the happiest actress I know, and especially since she has married. 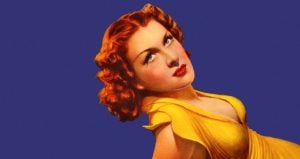 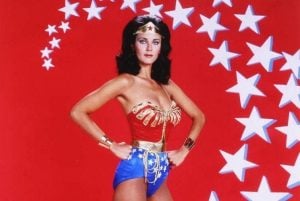 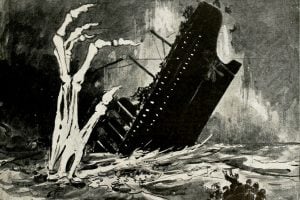 Titanic survivors tell how they made it off the doomed ship