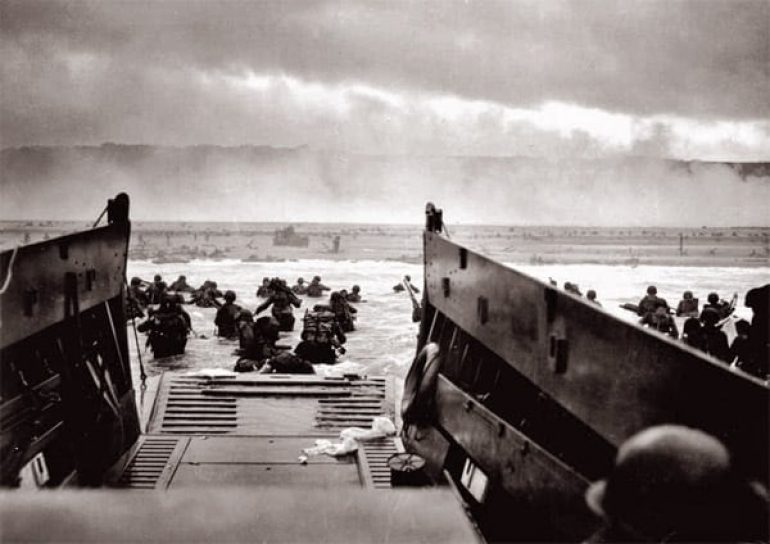 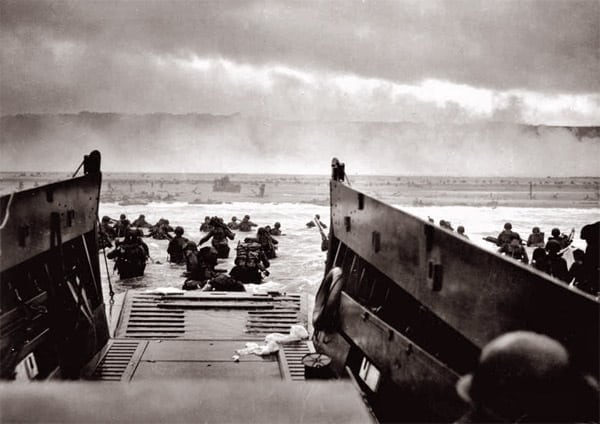 Behind the Atlantic wall on D-Day — I parachuted into Europe at 2 minutes past 1 am today, 6-1/2 hours before seaborne forces began their invasion of France, and I have experienced a lot since then.

I was near the shore hiding from a Nazi patrol as I watched the first Allied forces go ashore from the sea at 7:15. I have seen a few thousand paratroops and glider-borne troops, whom I nominate now as the bravest, most tenacious men I have ever known, hold a bridgehead against Hitler’s armies for over 16 hours despite overwhelming odds.

I believe the things they have done are almost solely and completely responsible for the great success the invasion has had in this sector.

There is a helluva battle going on here as I write, and bullets and mortar bombs, not to mention a couple of snipers, are producing conditions in my vicinity not conducive to consecutive thinking. My typewriter got a bad bashing when I rolled on it after a hard landing when I parachuted into France with it strapped to my chest. 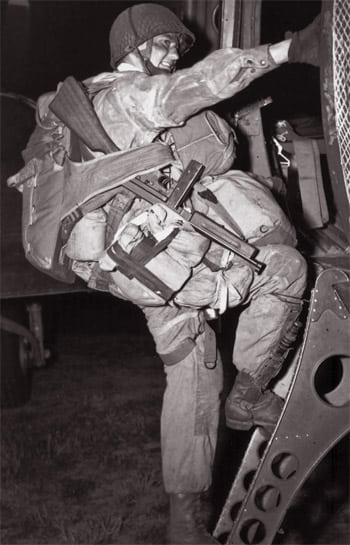 Our job was to silence a vital coastal battery which if still in operation might have blown our ships to bits as they came in to shore. We silenced it. Our other just as vital job was to secure two important bridges over a canal and river north of Caen to prevent their being blown up.

This story began in a great bomber C for Charlie on the biggest airfield in Britain. There were Lancashiremen, Yorkshiremen, and Northumbrians in the “stick” of paratroopers. Preceding them by half an hour were gliders and planes of paratroopers who were going to make a do-or-die attempt to take those vital bridges. The gliders were going to crash themselves on the buttresses of the bridges and then aided by paratroops were to capture the bridges and surrounding land.

It was our job to come in half an hour later to “infest” the whole area for 100 miles around to prevent the Nazis from counterattacking. The general had said the other day: “Only a fool would invade in bad weather and on a heavily-guarded stretch of enemy territory like this. Well, I am going to do it.”

Our plane, third in the formation, headed for France. We doodled for an hour, then from the pilot came the signal “up hook your chutes.” It was 5 minutes to 1 when the light snapped off and a hole in the plane opened. Under it we could see the coast of France. A garish sight it was for flak from the coast defenses was spouting flame everywhere.

A light flashes green, and we were all madly shuffling down the hole into space. The tremendous roar of the slipstream and then the blissful peace of the soft night as your chute develops. But this time we were not going down to a safe landing on the dropping ground, but to enemy territory covered with poles and holes and thick with enemy looking for us.

I came down in an orchard outside a farmhouse. As I stood up with my harness off and wiped sweat off my brown-painted face, I knew I was hopelessly lost. Dare I go to the farmhouse. Suddenly there was a rip and a tear in my flapping jumping smock and I flung myself to the ground as a machinegun rattled. There were two more smashing explosions — hand grenades this time.

At 20 minutes past 3 am, every paratrooper breathed a sigh of relief as he heard bombers coming in slow, towing gliders. We watched them unhook and dive steeply for earth. We saw one caught by ack-ack catch fire and fly around for three or four minutes a great ball of flame. We heard the crunch of breaking matchwood as gliders bounced on rocks and careened into still undestroyed poles.

It was hard to restrain an impulse to cheer, for out of every glider were pouring jeeps and anti-tank guns and field guns. We knew if the Nazis came now, we could hold. 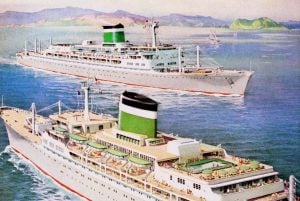