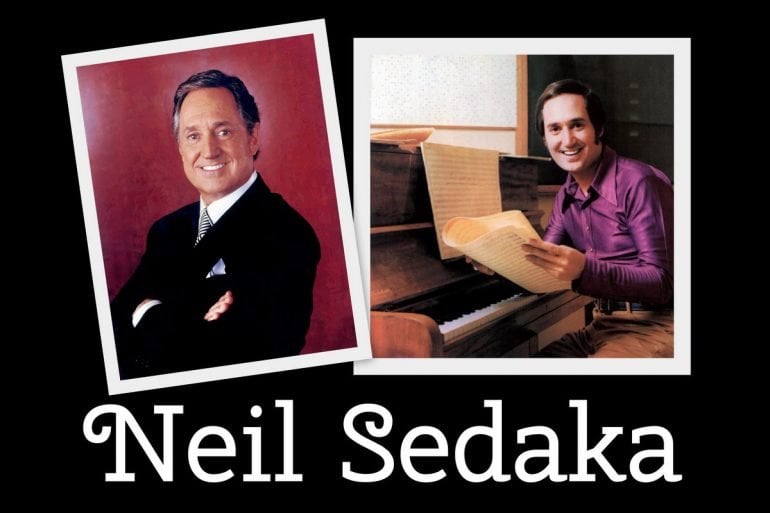 Now that he’s 21, singer Neil Sedaka hopes to add adults to his audiences (1962)

NEIL SEDAKA’S teen years were his green years. The singer-composer-pianist reached an awkward age when he turned [22] last March 13. Up to then, Neil was content to ride on the crest of rock ‘n’ roll popularity which has tossed so many teen-aged troubadours into high-income brackets. 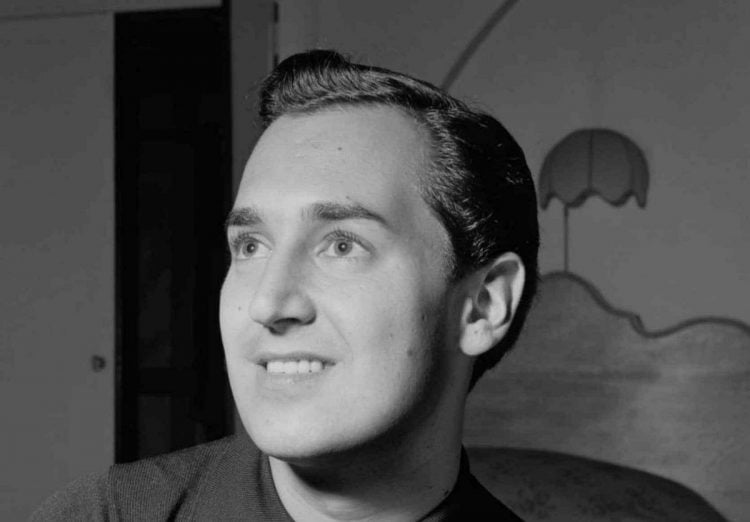 Not one to rest on his royalties, Neil now wants his audiences to heed the lyrics of poet Robert Browning: “Grow old along with me! The best is yet to be.”

“Today, I direct my music at an adult audience,” asserts Neil. “I no longer consider myself a rock ‘n’ roll singer. I have a new 45-minute night club act, and the only rock ‘n’ roll numbers I do in it are a medley of my earlier hits.”

But the transition from idol of the high school set to sophisticated star of the highball circuit is not an easy one to make. In recent months, the bouncy performer has been working diligently on his act, and reports a warm reception in the clubs he has hit to date. So far, however, Neil hasn’t had the acclaim from adults that had previously been showered on him by adolescents both here and abroad.

“In Argentina, the kids were very exuberant,” says Neil. “Ten thousand people were at the airport when my father and I arrived in Buenos Aires. We thought some diplomat or other VIP was on the plane with us. When I found out the crowd was there to greet me, I was at least as excited as they were.

“Japanese audiences, on the other hand, are very restrained. They don’t applaud the way we do. Instead, they throw streamers of confetti on stage. This can be pretty disconcerting — singing while being pelted with confetti.” 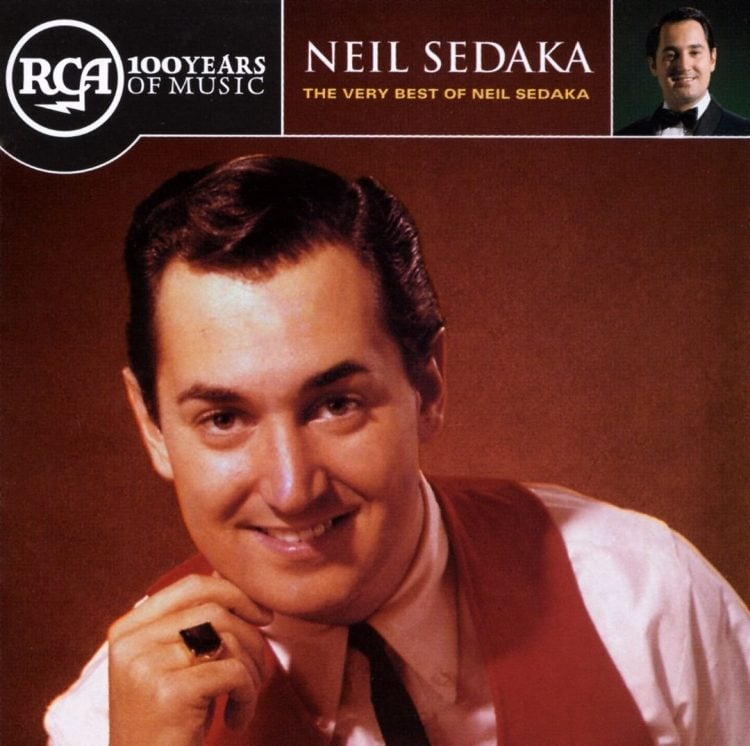 A former classical student at the Juilliard School of Music, Neil says he has taken part in the composition of more than 1,000 songs. His first, “My Life’s Devotion,” was written when Neil was only 13 years old.

“The song was a big hit within the family circle,” laughs Neil, “but never did make the best-seller charts. ‘Stupid Cupid,’ which Connie Francis did so well, was my first recorded and published song. Since then, I’ve had 75 or 80 songs which I or other people have recorded.” Neil wrote the music for these numbers and the lyrics were written by Howard Greenfield, a fellow alumnus of Brooklyn’s Lincoln High School.

For each RCA Victor recording session, the team writes six songs and selects two, subject to approval by the company, for the disk to be issued by Victor. “We play all six songs for people whose judgment we respect and they help us pick the best pair. My married sister, Ronnie, is my severest critic, but she’s also a good judge of what is marketable.

“I record the songs which Howard and I think are good for me. But there are others which may not be suited to my style. For example, if we write something with a blues inflection, someone like LaVerne Baker should record it rather than myself.” 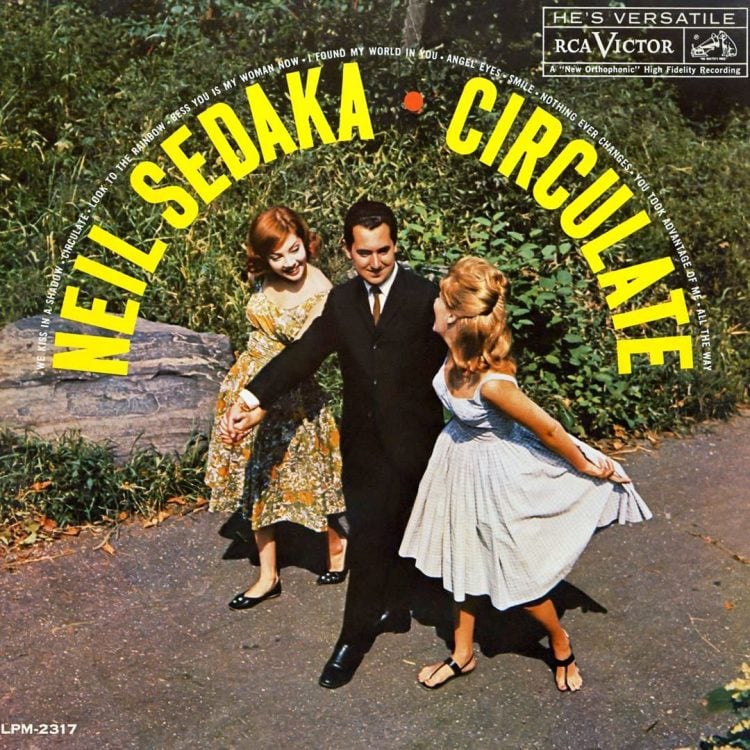 Bobby Darin, Roy Hamilton, Dinah Washington and the Ames Brothers are some of the other stars who have benefited by Neil’s work. Hits that he reserved for himself include: “Calendar Girl,” “Oh! Carol,” “Little Devil” and the latest, “Happy Birthday, Sweet Sixteen.”

In addition, Neil wrote the score for “Where the Boys Are,” the movie in which Connie Francis appeared.

“I’ve written four songs for Connie,” says Neil. “I guess because of that, people sometimes think we date each other. Occasionally, I read about our supposed romance in the columns. One time, I even got a telegram from a friend in Australia congratulating me on my ‘marriage’ to Connie.

“She’s a fine performer and a wonderful girl, and I’m glad to have her for a friend — but that’s as far as it goes.”

A life-long resident of the Brighton Beach section of Brooklyn, Neil lives with his parents, both of whom hail from Istanbul, Turkey. About a year ago, Neil’s father, Mack, quit pushing a taxi to serve as his son’s road manager. The Sedakas will be traveling quite a bit in the next few months in a tour of the hinterlands.

By June, Neil will be back in New York for an engagement at the International. Prom crowds will probably pack the place, but Neil also hopes some of the prospective graduates will be accompanied by their parents. The occasion could mark Neil’s own graduation to a new class of audiences.

“Calendar Girl” was a hit single for singer/musician/songwriter Neil Sedaka in 1961, when it reached #4 on the US Billboard Singles chart. The song’s co-writer Howard Greenfield once noted that the song took just three hours to record.

It was an old teenage flame that Inspired Neil Sedaka to make one of the most smashing comebacks in the notoriously fickle history of pop music. And not just any old teen-age flame. Her name is Carole King. Sedaka said he had gracefully accepted the premise that his performing days were over, that his star status had fizzled like so many others who had tasted fame and then watched it pass on to others. 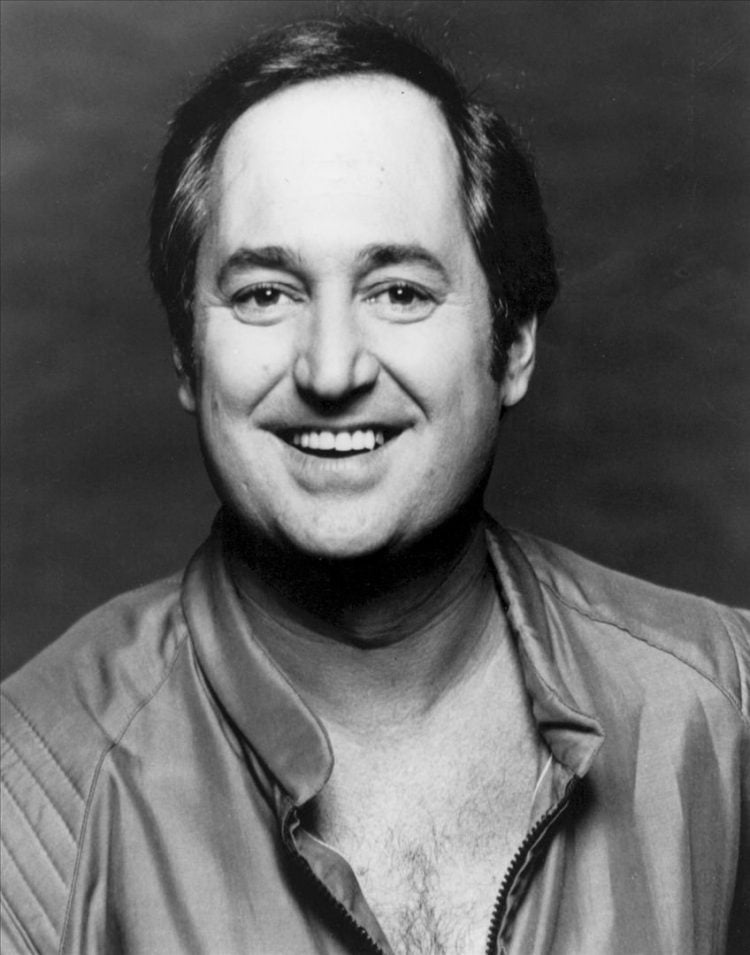 The First Coming of Neil Sedaka spanned the years from 1959 to 1963, during which he sold 25 million copies of records such as “Calendar Girl,” “Stairway to Heaven,” “Happy Birthday Sweet 16” and “Oh! Carol!”

Then came the Beatles and the pop music revolution they inspired throughout the world. There was suddenly no room in this high-powered, “message”-oriented, amp-spewed environment for Neil Sedaka, and he settled into oblivion.

“I didn’t make a record for more than eight years,” he said recently. “And I had no reason to believe I ever would again. It was actually a very nice time for me and my family. We traveled for five years. Money wasn’t a problem because I was still writing songs for other singers. And so the royalties continued to come in.

In time, Neil Sedaka and Carole King became song-writing contemporaries in the late 1950s, early 1960s — although she did not perform during that era — and her late blossoming as a singer at the start of the 1970s gave Sedaka thoughts he had not experienced in years. 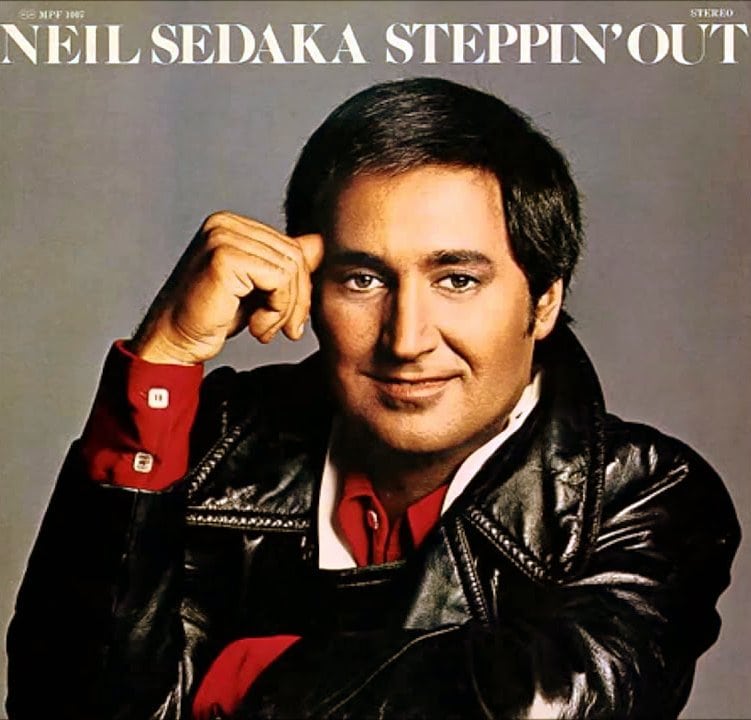 Sedaka decided to take the big gamble. Concluding that a comeback in this country was unlikely, he packed up his family and moved to England, where they remained for 2-1/2 years prior to the U.S. release of his smash album, “Sedaka’s Back.”

He was indeed. For Sedaka, the timing was perfect, even though, “I was dealing with an entirely new generation.” Hard rock was losing its hold as public taste once again was leaning toward the middle of the road school of pop music — with more than little influence provided by his former girlfriend, Carole King.

Asked about his move earlier this year from the Elton John-owned Rocket Record Company to Elektra Records, he replied: “I don’t know why people keep asking me about that. I had a contract to do four albums for Rocket, and when that obligation was fulfilled, it was time to negotiate for the best deal I could get. Artists leave record companies all the time.”

The question undoubtedly keeps popping up, it was noted, because of the general assumption in this country that John played a major role in the Second Coming of Neil Sedaka. John’s support of Sedaka even extended to his doing a duet with Sedaka on the hit record “Bad Blood.”

“Well, yes, Elton certainly had a lot to do with the comeback,” Sedaka said. “But friendship is friendship, and business is business.” Sedaka also pointed out that the success of his records provided Rocket, which was struggling in search of a hit before the signing of Sedaka, with its first money-making artist. 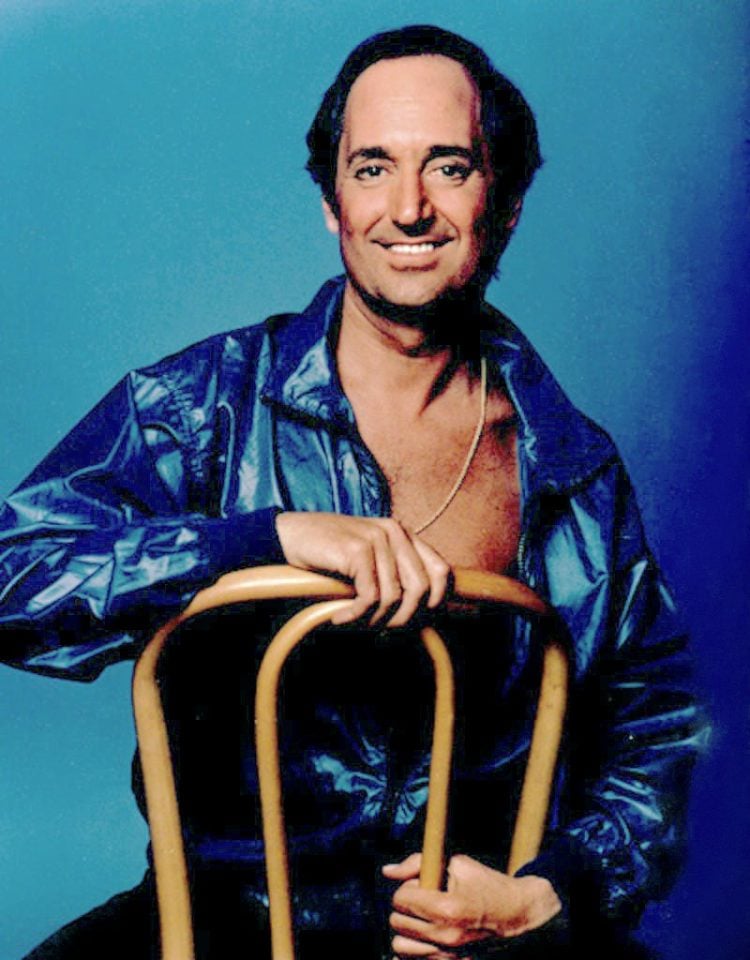 Neil Sedaka clearly sees himself as a business, and he is not the least bit reluctant about investing in himself. Recently, the singer-songwriter formed his own publishing company and purchased his entire catalog of songs from Don Kirshner, who owned the original publishing rights. This catalog consisted of 126 songs, and the price paid by Sedaka was a whopping $2 million.

“I bought back my past,” Sedaka explained. “I had a very good past.” Included in the collection are all of Sedaka hits, plus a number of songs never recorded. “When I was looking at the catalog,” he said, “I thought, this one has never been a hit; this one would be a great investment.

“Hey, I’m investing in myself. I’m setting up the right climate for future songs, because I’ve never been a publisher before. It’s good because people have always called me for songs, and how could I have been personally involved before? No one sells my songs the way I do.

“This investment will be putting my children through college, and their children, and, well, I’m very excited about it.”

Sedaka, who wrote his first song at the age of 13, studied music seriously for 10 years, attending New York’s prestigious Juilliard School. He ultimately teamed up with a neighbor, Howard Greenfield, who has been his chief writing collaborator for 25 years.

When Sedaka was 18, the duo came up with their first hit song, “Stupid Cupid,” recorded by Connie Francis. Even though the Sedaka touch for writing highly commercial music has been endorsed by two generations of pop music fans, he maintains that his priority is pleasing himself.

“After so many years and so many songs, you’re always trying to top yourself,” he said. “That’s the most difficult thing.” 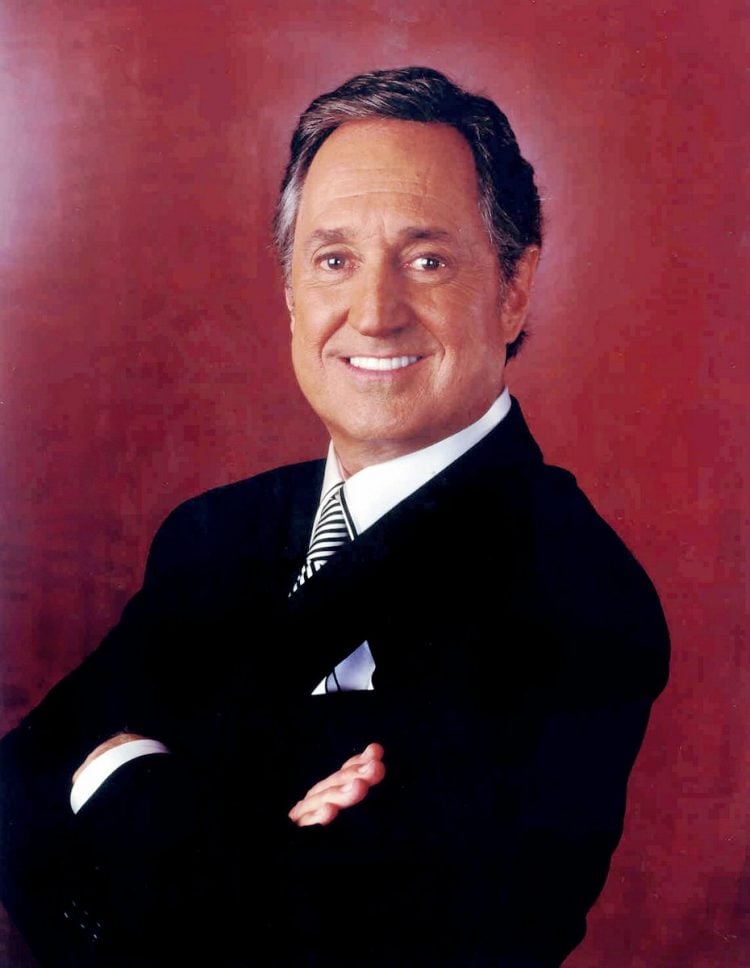 Neil Sedaka: Laughter in the Rain (video from 1974)

Neil Sedaka – Breakin’ Up Is Hard To Do (TV performance video) 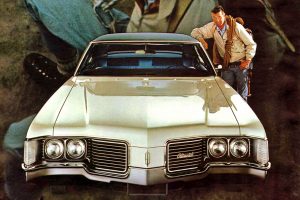