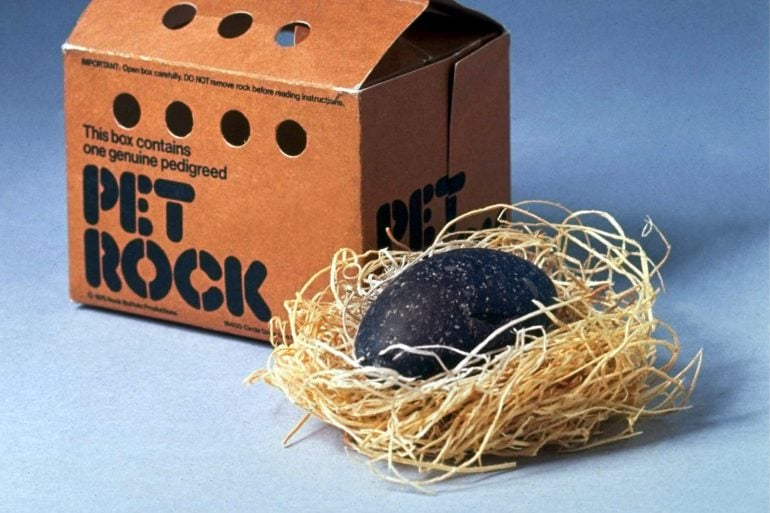 In late 1976 — after the craze was all but over — entrepreneur Gary Dahl, the creator of the runaway hit gag gift, had reportedly grossed an estimated $4 million. From selling rocks.

The rocks themselves came from Rosarito Beach in Mexico, for which Rock Bottom Productions paid just pennies apiece before packaging them up and selling them for $4 a pop.

“Before he unveiled the Pet Rock, Dahl was a struggling freelance advertising man,” the Associated Press wrote in February 1977.

The man behind the fad added, “That’s another word for being broke.” 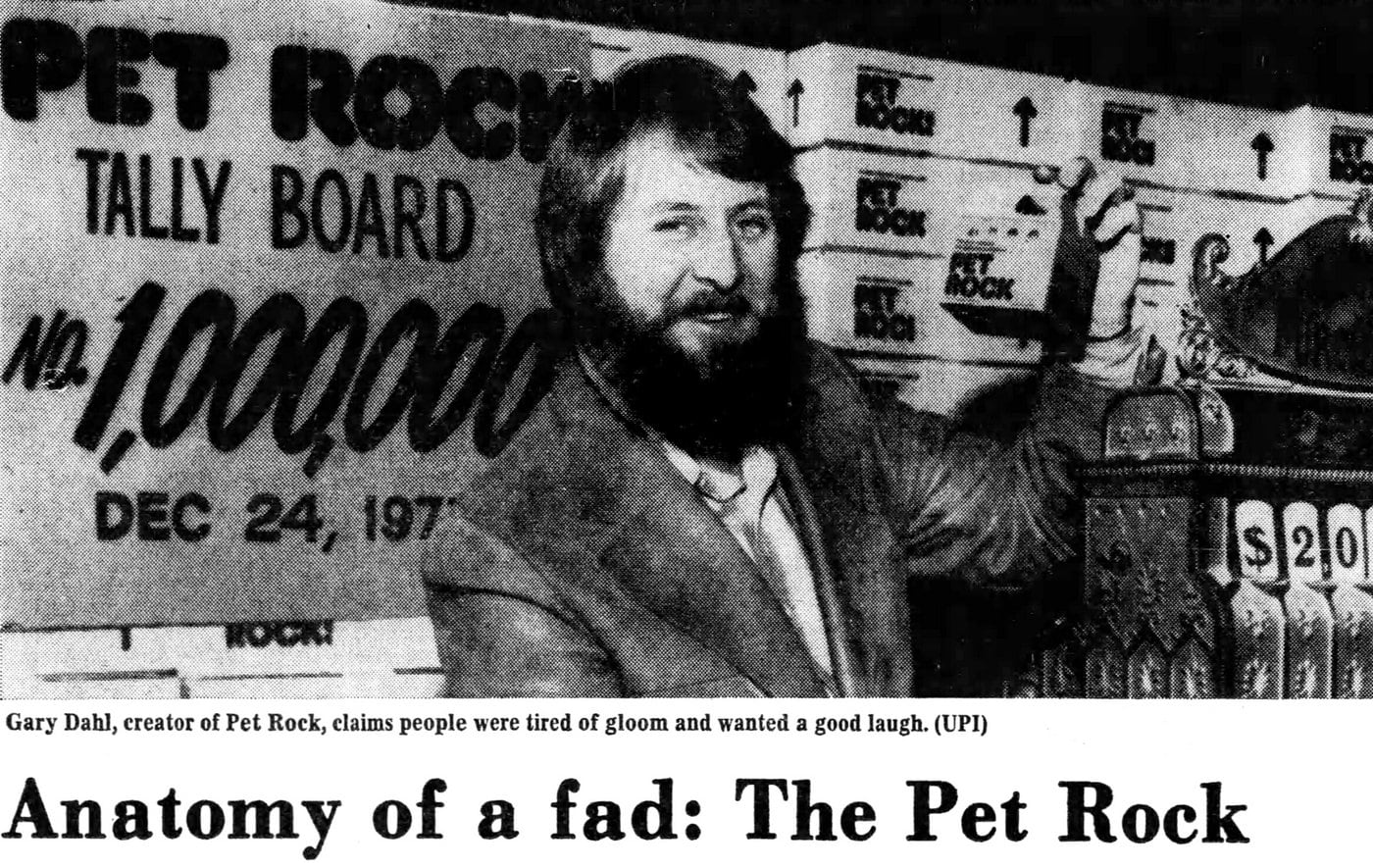 If you want to know more about the history of the Pet Rock, below you can see a few of the little critters — along with excerpts from the vintage manual: “The care and training of your Pet Rock.”

That slim volume featured a variety of helpful tips on everything from paper training to teaching basic commands. That was important, because nobody wanted an unruly rock.

Hopefully, if you did it all correctly, you wouldn’t have to deal with a chip off the old block… or end up with a litter of pebbles. 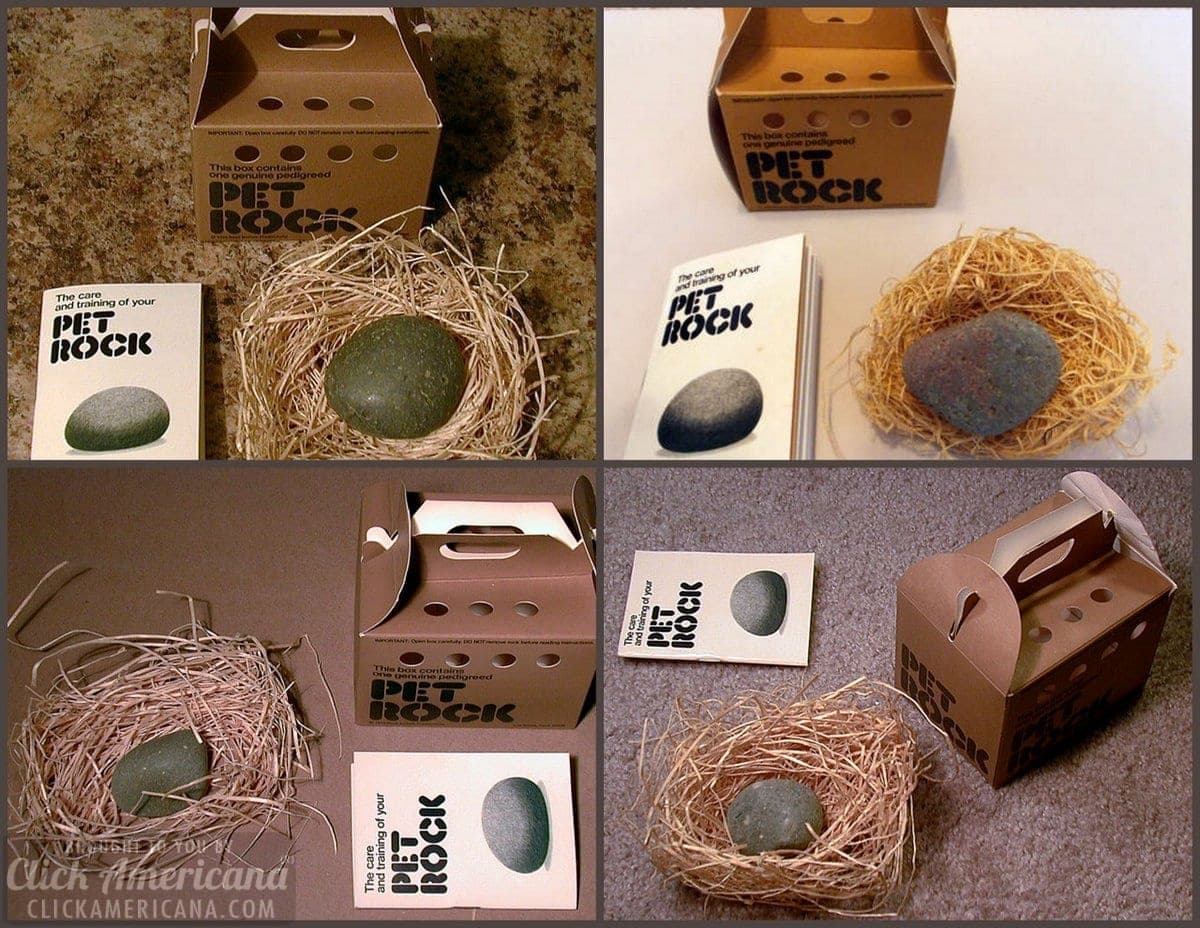 The history of the Pet Rock: Promoter makes fortune selling rocks as pets (1975)

And now, for only $4, the perfect pet can be yours — if you don’t mind taking a rock for a walk.

Gary Dahl, a San Jose advertising man, came up with the idea a few months ago of marketing pet rocks, hoping they would appeal to the sort of person who, well, might like a pet rock.

It turns out there are quite a few such people.

“Incredible as it may seem, we’ve sold 60,000 so far,” said Dahl’s wife, Marguerite, vice president of Rock Bottom Productions. “Those rocks are gathering green dollars instead of moss.”

For $4, the purchaser receives an egg-sized stone packaged in a cardboard box with air holes, plus a manual on the care and feeding of petrified pets.

According to the manual, the Pet Rocks need no training to be able to sit, play dead or roll over. They also can be taught to attack by placing them inside a purse, then hitting a mugger on the head.

The idea for the novelty Pet Rock came to Dahl, 38, one evening as he was having a drink in a local tavern and a stranger asked if he had a pet.

“I keep a rock for a pet,” Dahl responded. “You don’t need a license. You don’t have to feed it. It doesn’t mess up. It’s quiet. And there are no offspring to worry about.”

ALSO SEE: Mood rings: The colorful new-age ’70 trend – and what the colors meant 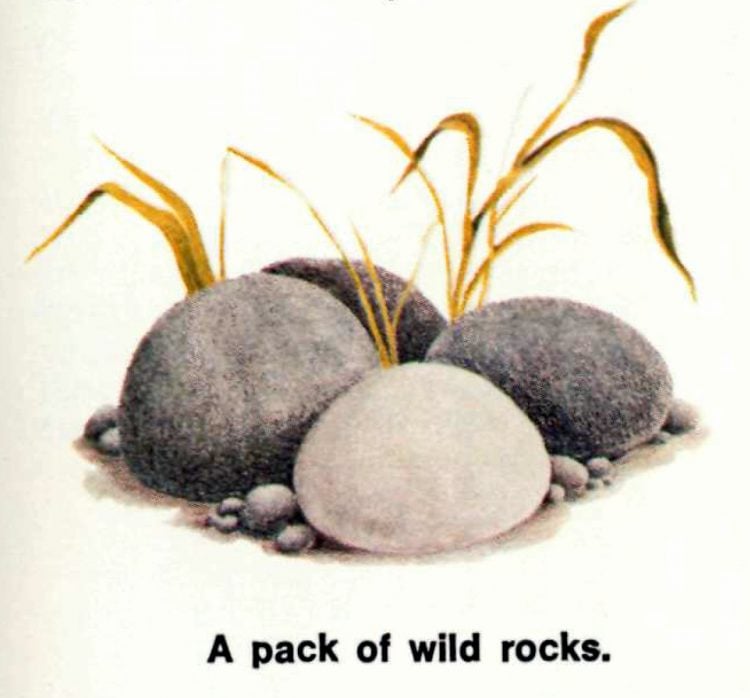 The stranger departed before the end of the explanation, leaving Dahl to ponder his brainstorm. Two months later, he was turning a profit.

“They’re different, they appeal to a special sense of humor,” explained Mialma McWilliams, a buyer at San Francisco’s Liberty House, one of several stores doing a brisk business in the rocks.

Dahl says he’s being besieged by offers from inventors who want hint to market their ideas. One of the latest is a coin-changing machine that gives the wrong change. 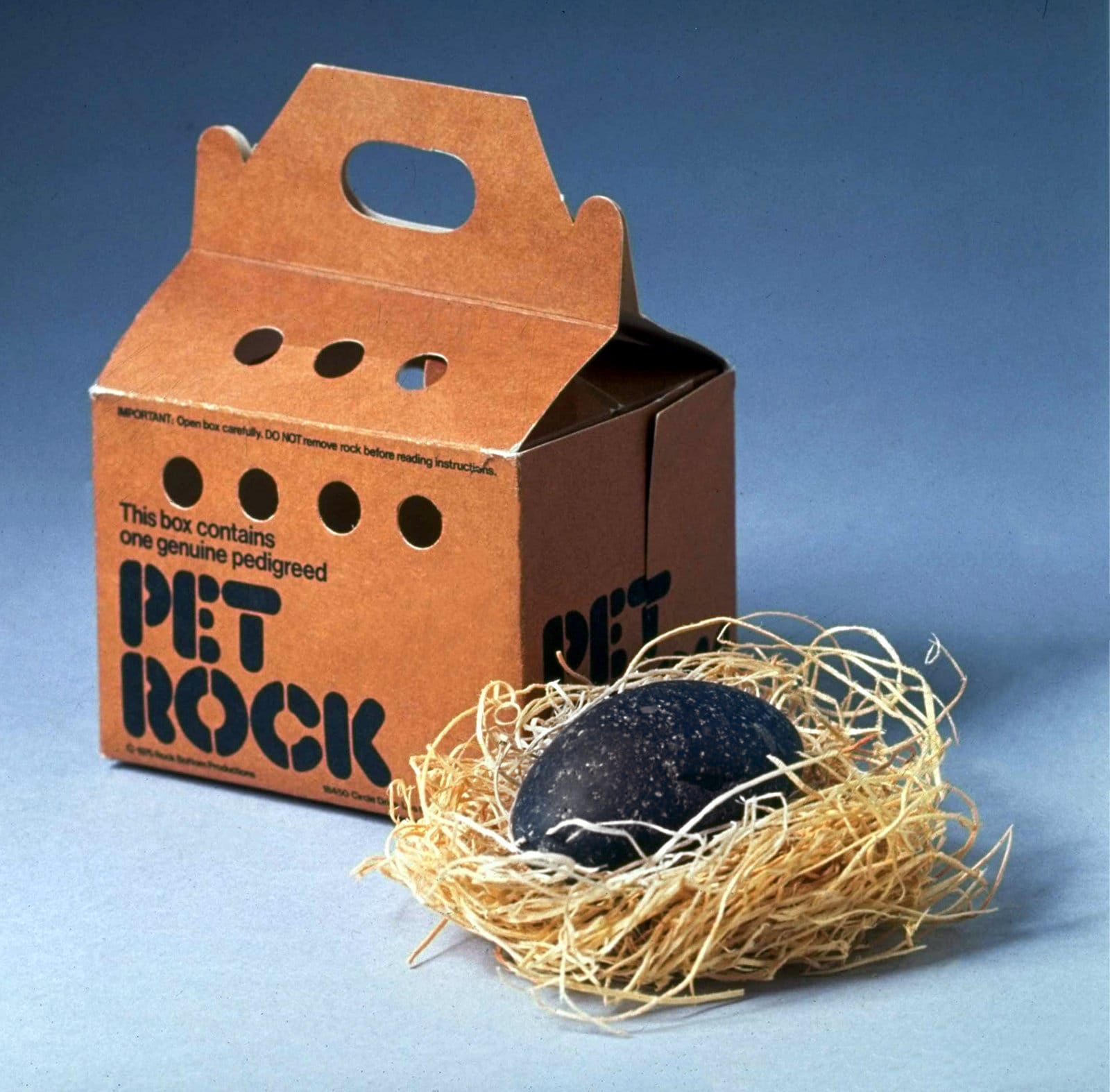 DON”T MISS: The ’50s Hula Hoop fad gets millions twirling & whirling – plus tips on how to hoop 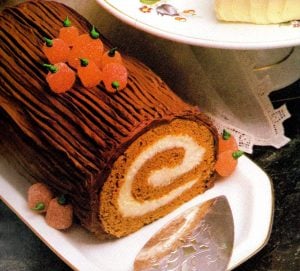