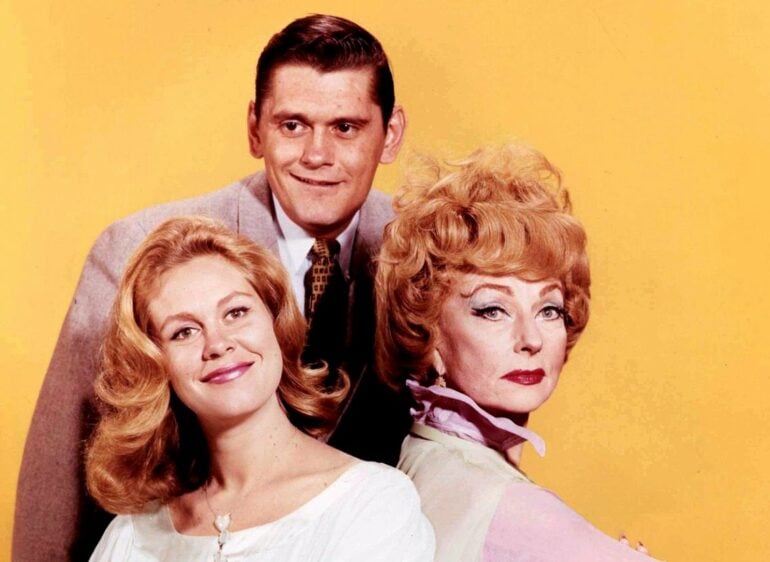 Bewitched: Latter-day witches with a touch of chic (1964)

Winsome witchcraft is included in the new broom that ABC-TV is wielding in situation comedies this season. Since the series premiered, viewers have discovered the fun of being Bewitched on Thursday evenings.

Miss Montgomery, appropriately green-eyed, plays Samantha, a witchling of such mesmerizing beauty as to turn male viewers’ thoughts toward year-round celebration of Halloween. 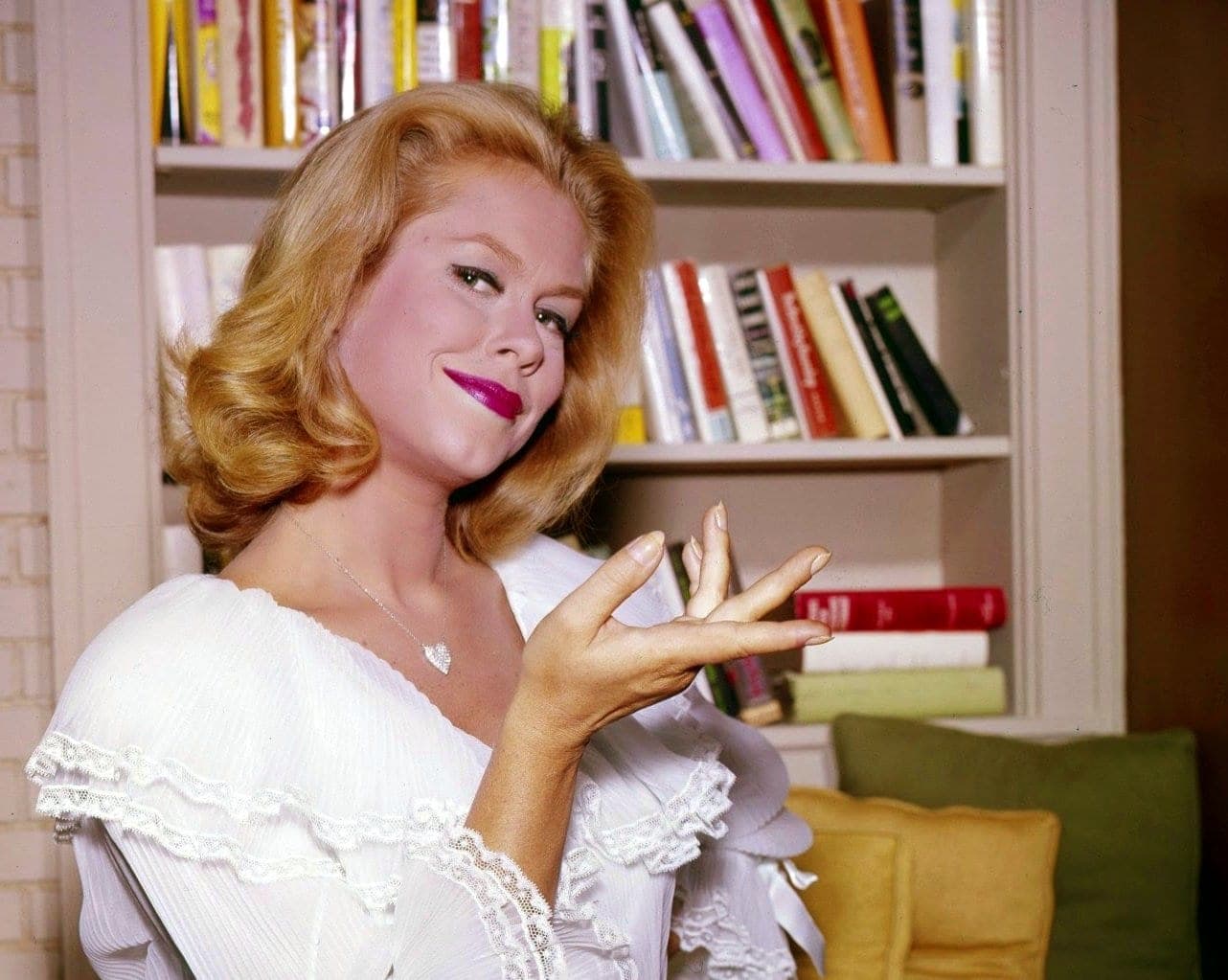 As the bride of staunch, all-American Darrin Stephens (Dick York), Samantha wavers between keeping her wedding eve promise that she will try to forego magic and settle down to earth as a typical housewife, and the temptation to use her powers when humdrum mortal methods become a drag.

While determined to preserve his rank as head of the household, and all his senses, Darrin is further encumbered by his mother-in-law, Endora, played by Miss Moorehead.

Although a loving and sometimes indulgent mother, Endora doesn’t believe in humans, at least not as being worthy of witches, and materializes at will to create stumbling-block mischief.

“Although the use of witchcraft can solve some problems — in addition to creating no end of them — ours is basically the comic aspects of the tribulations of a happily-married couple,” she says.

After completing a scene on the Screen Gems set in which Samantha confesses to Darrin that she has changed one of their guests — a human-type wolf with an affinity for her — into a lap dog, Elizabeth received a “well done” and a long tender kiss from director William Asher, her husband.

“This is something we’ve been planning on for a long time — finding the right property in which to work together,” said Elizabeth.

Asher darted off to greet comedian-turned-actor Shelley Berman, who makes a guest appearance in the series’ Halloween episode, “The Witches Are Out.”

Producer Arnold, who doubles as script editor and has written several Bewitched segments, picked up the conversation.

“The series is for viewers who want to have the fun of losing themselves in fantasy. Our witches, Samantha and Endora, are believable. The audience can identify with them. They are treated as much as possible as humans with special gifts.

“After all,” said Arnold, “there are many who might be called witches living today in all parts of the world. Many of these are highly-intelligent individuals who deal in such accepted areas as extrasensory perception, rather than hocus-pocus.”

Arnold politely refuses to discuss the special effects used for feats of magic. “We have gone to extreme lengths to create illusion, so why destroy them?”

However, not all the Bewitched illusions stem from special effects. There’s a certain kind of magic that emerges from the dedication of the stars to their roles.

As Miss Moorehead swept toward the make-up table in her sophisticated purple chiffon witch costume, hair stylist Lillian Hokum threw her one of Samantha’s lines from the script:

“Mother, why can’t you sit like an ordinary human being?” — Samantha’s exasperated reaction to Endora’s choice of a perch on a ledge near the ceiling.

The actress, perched on the high make-up stool, glared into the mirror and the famous Moorehead voice came back in loud disdain, “Because I am NOT a human being.”

The effect was so startling, several bystanders backed off to eye the actress warily. Her smile was pure Endora-and-mischief, as she patted her flaming red hair.

“That Endora hairstyle always makes me think of a peacock with its plumes spread,” said Miss Hokum to a makeup artist sitting next to her.

She added that she and Miss Moorehead had created the style for a “sophisticated, chic, but far-out look.”

A new image for witches

At that moment, Shelley Berman, almost unrecognizable in hag-type witch make-up, complete with a long, humped nose and protruding chin, sauntered back onto the set. In “The Witches Are Out” segment he plays a candy manufacturer.

He incurs the wrath of Samantha and some of her witch friends by demanding that Darrin use an ugly hag on a broomstick in designing a Halloween candy sales billboard campaign.

The witches, who want Darrin to help create a new image for witches, retaliate by staging a protest march in Berman’s bedroom, and give him a nightmarish glimpse of what he would look like as his type of witch.

Approaching Marian Lorne, who guests as Aunt Clara, a witch whose powers are becoming enfeebled due to her great age, Berman — carrying a scraggly black witch’s wig — kidded:

“On the way home in this outfit, I’m going to stop at a drive-in and tell the car hop, ‘I have to eat here. They wouldn’t let me in the restaurant without a tie.'”

Countered director Asher, “C’mon, Shelley, will you please get into makeup.” 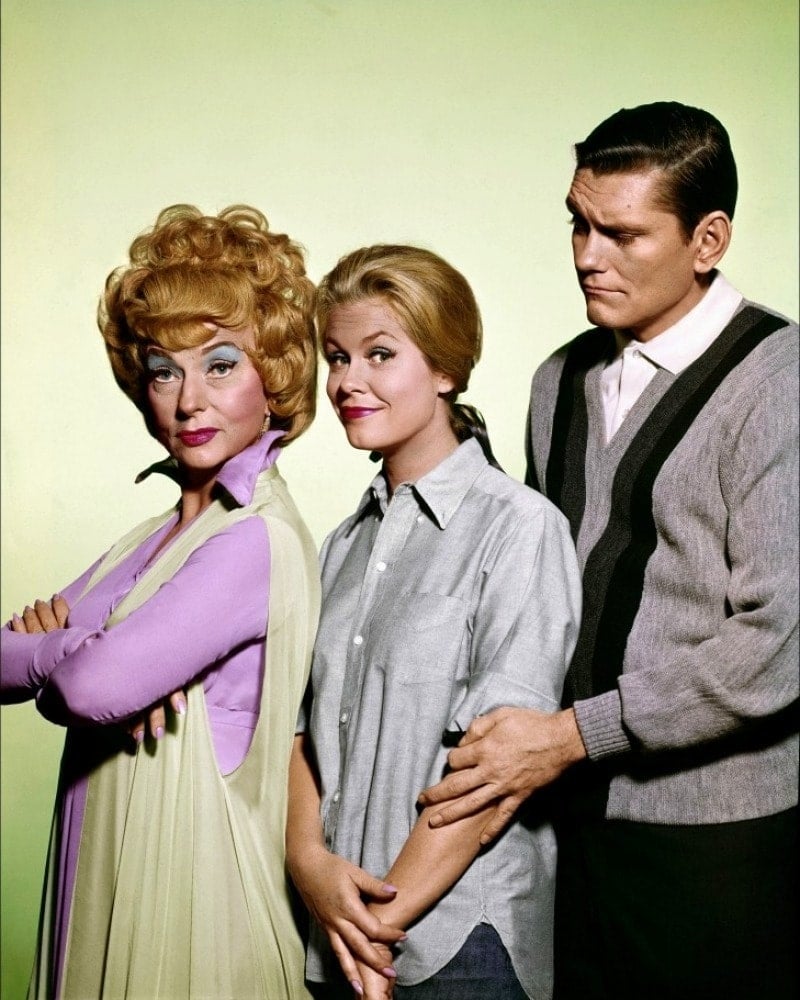 Dick York on his costars in Bewitched

Elizabeth Montgomery and Miss Moorehead went over their lines, unmindful of the byplay.

Pointing toward the pair, Dick York observed with warm admiration, “There are two of the great professionals in this business.

“I’ve admired Elizabeth for a long time. She is one heck of an actress, so sensitive and selective.

“She could rely on her father (actor Robert Montgomery) to open professional doors for her, but has preferred to remain independent. She has built a name for herself on her own.

He arrived in Hollywood via Chicago radio and the Broadway stage, where he performed in several plays.

“Each one of us plays his role with great sincerity. This is the secret of good comedy,” said York.

“Our difficulty is that the three of us get to laughing so hard that it’s hard to get back on to the right track sometimes.”

Miss Moorehead, who has previously portrayed witches on the “Shirley Temple Theater,” views Eudora as a blithe spirit.

“I guess if there is a heavy in the series, Endora is it, but she is never a malevolent one. She dearly loves her daughter. Most of the mischief she creates is intended to protect Samantha from becoming a humdrum human,” she said.

Miss Moorehead says that doing justice to a witch characterization takes a lot of homework and imagination.

“She’s ethereal, but also has to be believably real. It was difficult to find Endora’s character.”

MORE: Watch it now! Stream video or get the show on DVD!

Although some are curious as to how those real witches in their covens around the world will react to Bewitched, producer Arnold is quite unconcerned.

“I have an idea that they will be pleased with the new image of witchery. We’re presenting them as sophisticated moderns of chic, charm and intelligence.

“Besides,” he finned, “we have an ace in hand. We have received a communication from Sybil Leek, Britain’s famous witch who has been touring in this country, offering us assistance.

“She is willing to act as a technical advisor at the drop of a hat.” 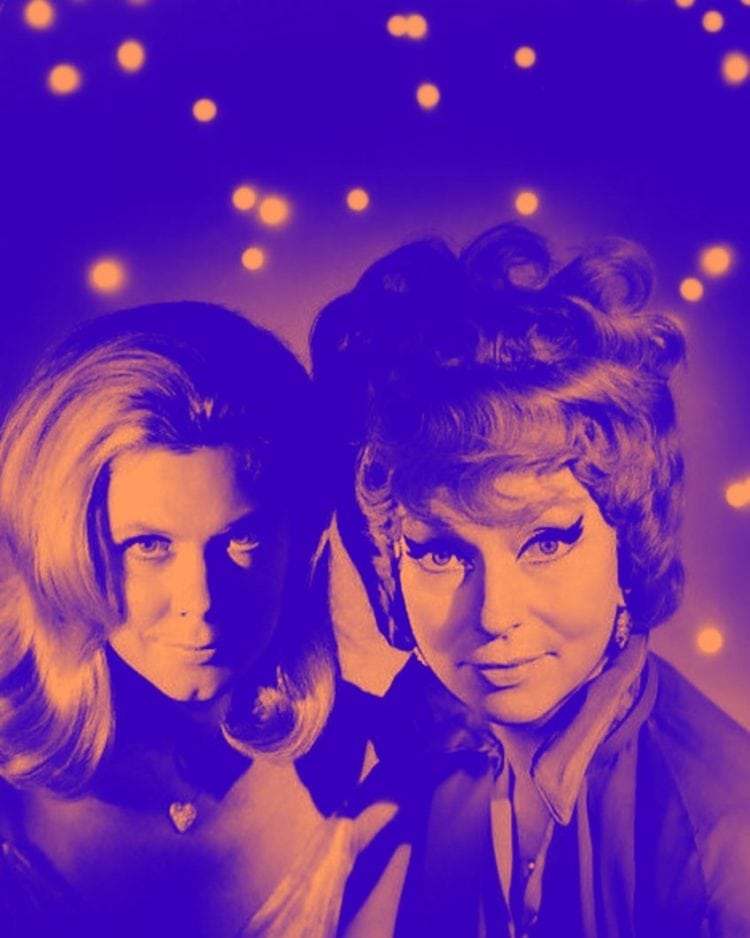 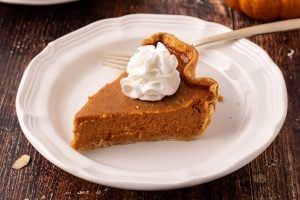 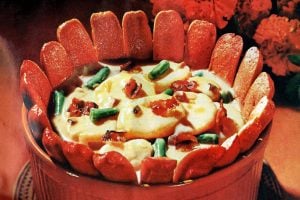 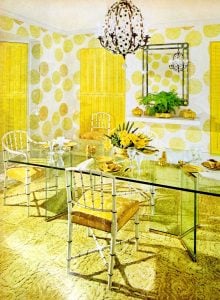 Light & simple, this yellow dining room was all aglow