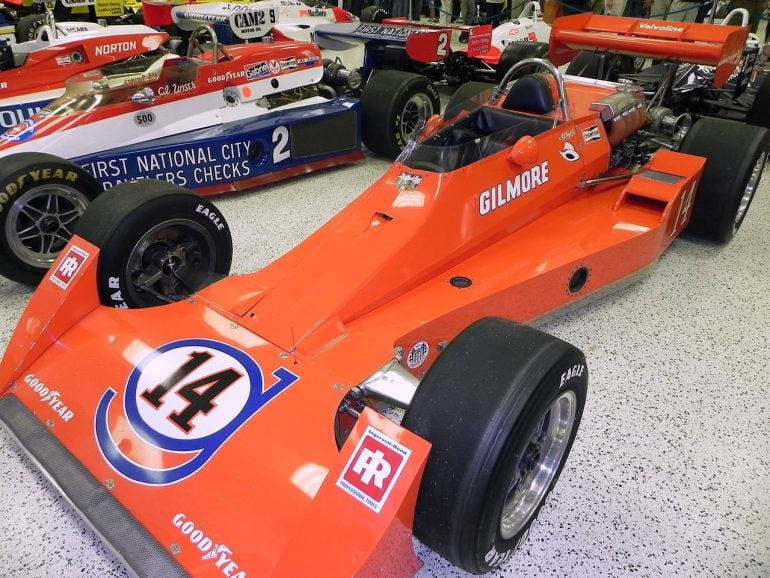 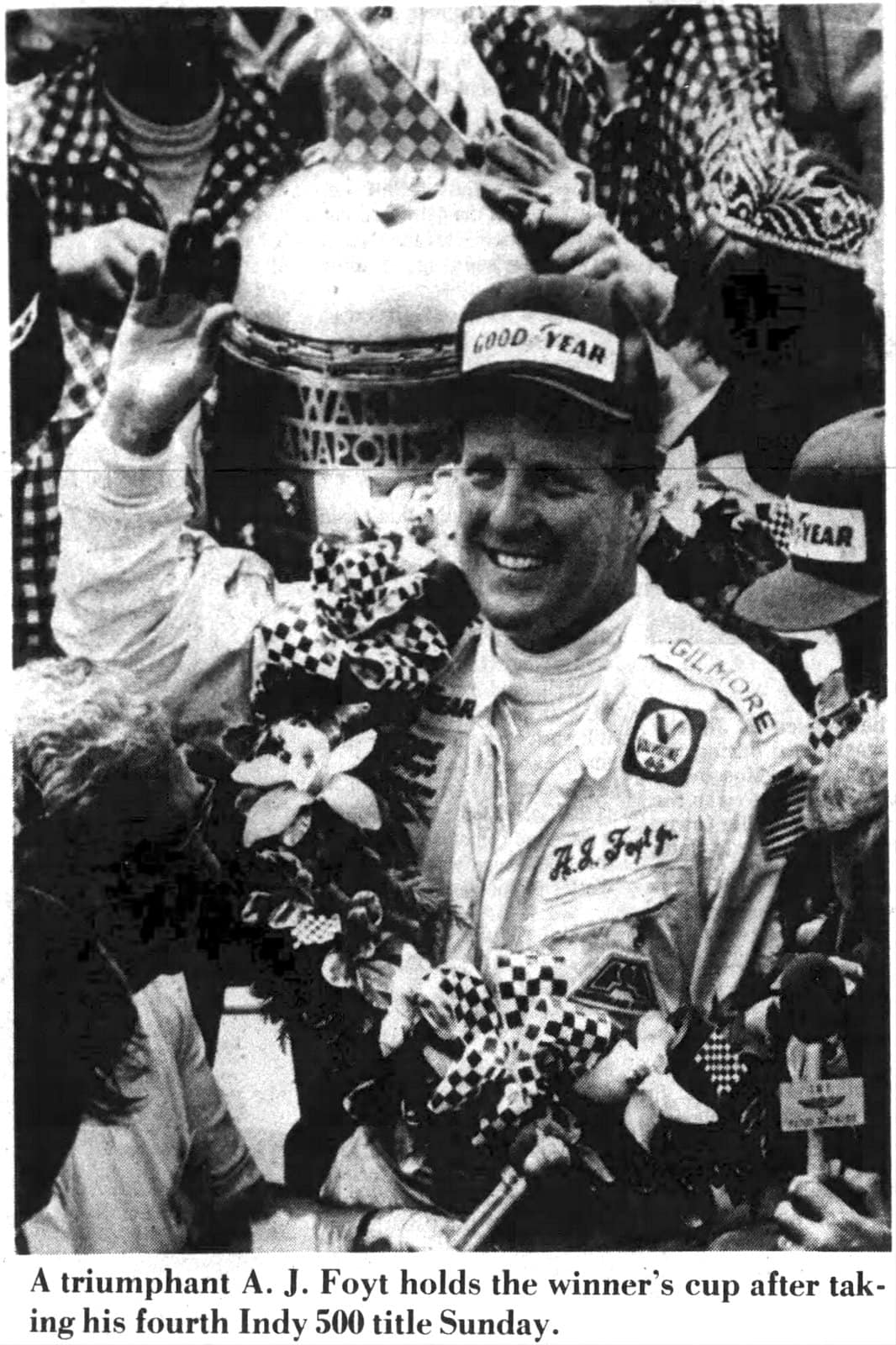 Indianapolis – A J Foyt announced a retirement in Victory Lane Sunday after winning his fourth Indianapolis 500 – not for himself, but for his sleek orange Coyote racer.

“This car is now property of the Indianapolis Motor Speedway museum,” said a happy, but not exactly exuberant Foyt. “I don’t plan to race it again.”

As for himself, Foyt added, “The day Gordon Johncock lays back is the day I’m retiring from racing.”

Foyt chased Johncock all afternoon, until Johncock’s Wildcat suffered a mechanical failure less than 40 miles from the finish. Foyt said he didn’t believe a newspaper article he read Sunday morning, quoting Johncock as saying he would be “laying back” behind Foyt and Al Unser. Johncock finished 11th.

“I knew Gordy was going to be tough,” Foyt said. “But we were going to give him a run for it. He knew that. We had plenty of fuel left, but I heard that Gordy was hurtin’.”

Foyt said his only scare in the race came relatively early. “My crew miscalculated on our fuel, and I ran out going down the backstretch,” he explained. “I didn’t known then whether the race was over for me, or if the car was just out of fuel.”

“Fortunately, I was able to coast back into the pits, take on fuel and get the engine fired again.”

That put Foyt at a disadvantage that at times seemed insurmountable. Johncock led 127 of the 200 laps, while Foyt was in front only 31 laps besides the final 16 circuits.

In becoming the first to win the biggest prize in auto racing more than three times, Foyt, three months a grandfather, crossed the finish line about 30 seconds ahead of pole position winner Tom Sneva, the only other driver still on the same lap.

Johncock, winner of the tragedy-marred 1973 race, was clinging to a dwindling lead when his engine let go as he roared out of the fourth turn on the 183rd of 200 laps. He slowed, and pulled off into the infield grass in the first turn as Foyt passed him for the lead, bringing a tumultuous ovation from the crowd of 400,000.

The race, which went the distance without rain interference for the first time since 1974, was marred by only one crash. That involved veteran Lloyd Ruby, who was uninjured.

Foyt, winner in 1961, 1964, and 1967, spent much of the race trailing Johncock, who set a blazing pace that broke several average speed records.

In an emotional Victory Lane scene, Foyt said he had no plans to retire, because “I’m havin’ too much fun. If Mr Hulman doesn’t bar me from the race track, I’ll go for No. 5,” he added, referring to the speedway owner. 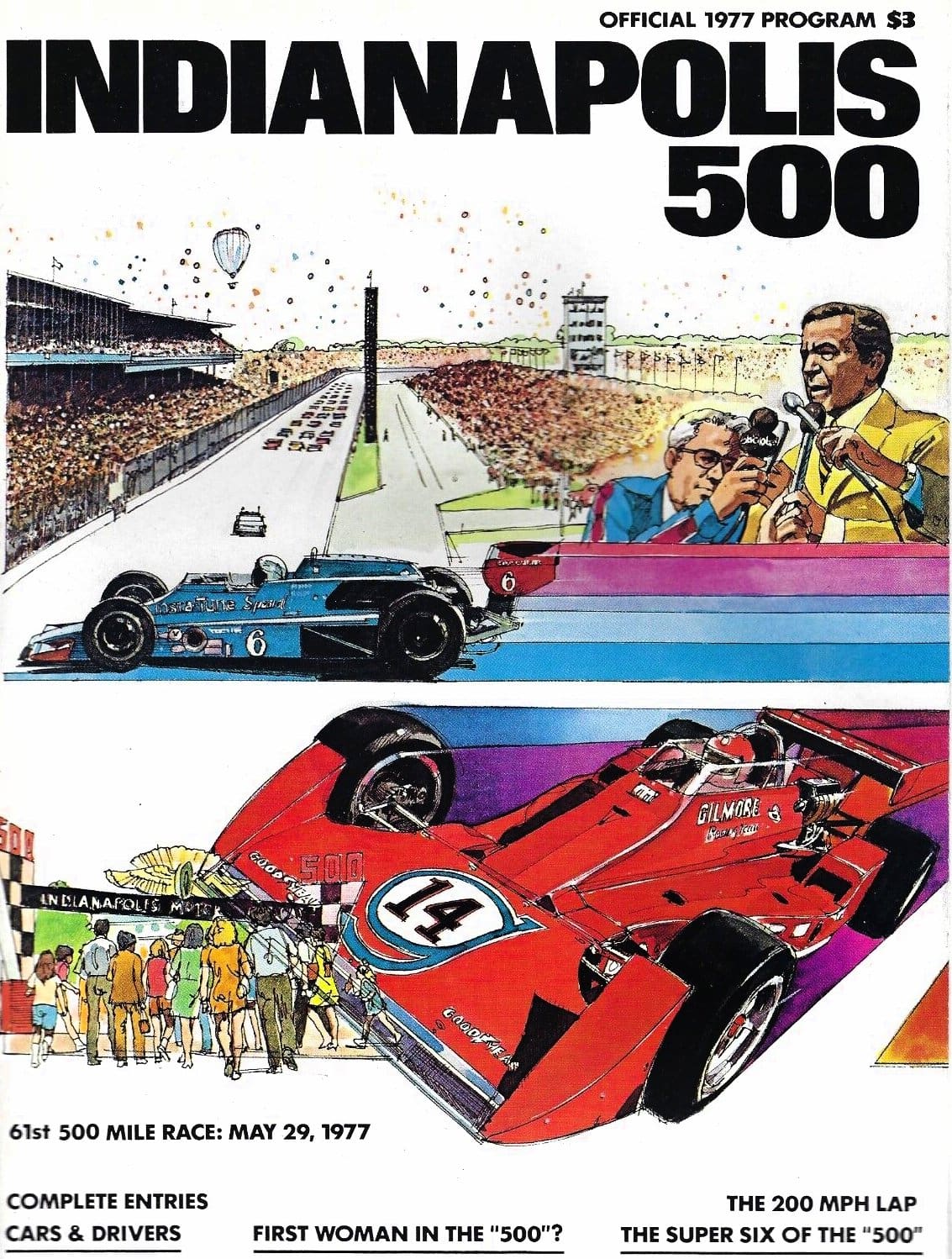 The 42-year-old Foyt, whose daughter Terri presented him with a granddaughter in March, now has an unsurpassed 58 career victories in U.S. Auto Club national championship events.

While Foyt was making history, Janet Guthrie was making some of her own – although quite slowly – as the first woman in the 500. She ran well for only 16 laps before mechanical troubles set in.

Out of consideration for her, Tony Hulman prefaced his traditional “Gentlemen, start your engines,” with a note: “In company with the first lady ever to qualify for Indianapolis…”

The winning speed average was 161.331 miles per hour, just under Mark Donohue’s 1972 record of 162.962mph. Behind Sneva unofficially was Al Unser, who ran out of fuel as Foyt took the checkered flag. It appeared Wally Dallenbach was fourth, and Johnny Parsons fifth — both teammates of Johncock.

Johncock led most of the race, and was in the lead almost continuously from the 71st lap until his misfortune. It seemed he was destined to win the race when Foyt and Sneva made a pit stop under green, and Johncock was able to stop under yellow.

Foyt had whittled the margin down to barely one second before those stops. But Johncock came back out with a 16-second edge.

Foyt scratched away for 15 laps until he was only six seconds in arrears when Johncock’s engine blew.

Defending champion Johnny Rutherford was the first to drop out of the race, only 11 laps old. “It jumped out of gear in the second turn, and the engine over-revved and tagged a valve,” Rutherford explained.

Miss Guthrie first encountered problems on the 16th lap. She was parked for three laps, made one circuit, then came back in. The problem was believed to be ignition failure, and she was stationary for more than 20 laps while repairs were made. However, she was back in after one slow lap. The pattern continued the most of the rest of the race, reminiscent of her team’s performance in the Schaefer 500 last year — her first 500 mile USAC race.

The first caution period of the muggy afternoon came on the 36th lap when Ruby slammed into the second turn wall, tearing off the right rear of his new Lightning. Ruby, who was loaded into an ambulance on a stretcher, was pronounced okay after a short stay in the infield hospital.

“I don’t know what happened,” said the popular 49-year-old veteran. “I was out of control, and next thing I knew I was in the hospital.”

The crash slowed down the torrid pace, that had been well above 180mph. Johncock was shown as the leader at 100 miles, but Foyt was listed as one lap down. That was apparently due to an early pit stop that was equalized when Johncock and others stopped later.

Eldon Rasmussen spun in the third turn on the 30th lap, but there was no yellow flag needed since he recovered and drove to the pits. He caused a yellow a short time later when his car stopped on the backstretch.

George Snider, running in the top 10, stopped in the third turn, causing another yellow while he was towed in. The lull helped Sneva make up the lap he had lost earlier.

Johncock also held the lead at 200 miles, followed by Foyt, Sneva and Al Unser, all on the same lap. The order was unchanged at the 300 and 400-mile junctures.

Sneva’s brother Jerry appeared to be a shoo-in for the Rookie of the Year Award, which will be announced Monday night before the victory dinner. He finished 10th and was the only one of seven rookies still running at the end.

DON’T MISS: Fast car: Looking back at when Tom Sneva broke 200mph during the 1977 Indianapolis 500 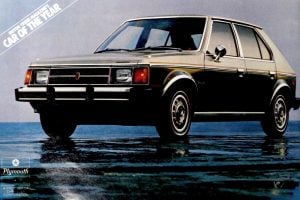 Plymouth Horizon: The budget-friendly subcompact car made between 1978-1990

American cheese: Why we love it & the history of this ‘processed cheese food product’