Matt Dillon: An insider’s talk with The Outsiders star

Sometimes life is like a movie. Take Matt Dillon’s life, for instance. Nothing much happened to him until he was 14, and then — pow! – he was “discovered” in the hallway of a New York junior high. Almost before you could say “Take 2!” Matt was in such movies as Over the Edge, Little Darlings, and My Bodyguard. Then came starring roles in Tex and The Outsiders

At 19, Matt’s at the top. In this interview, he tells what it feels like, and whether it’s changed him. 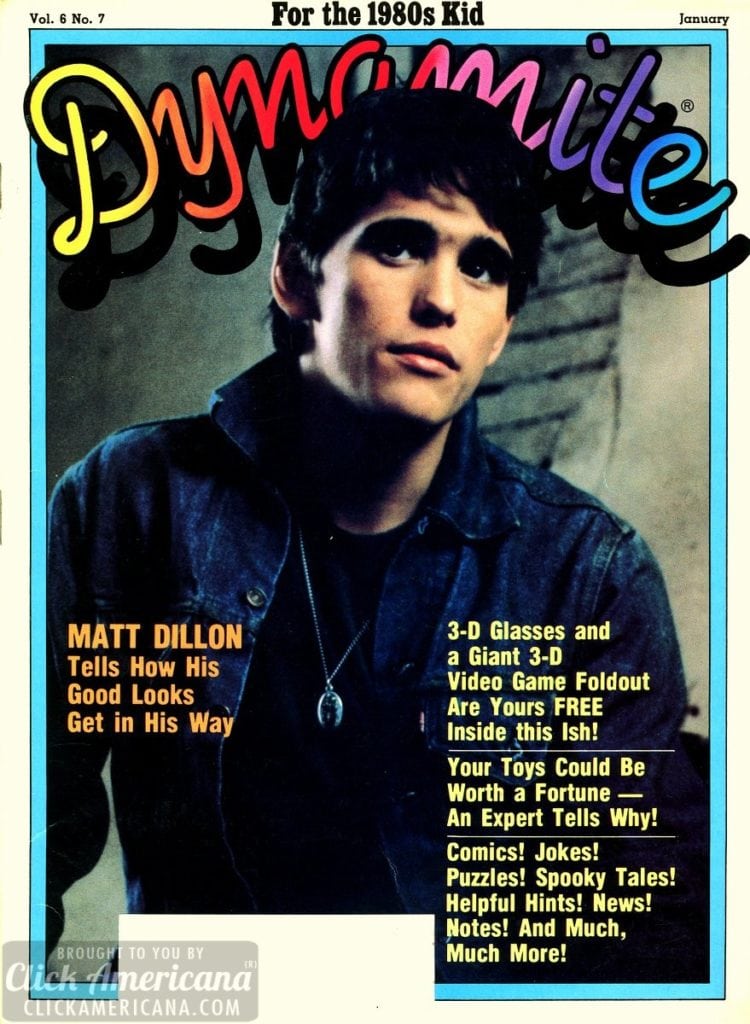 Dynamite: Now that you’re a teen idol, is there something you want that you haven’t gotten yet?

Matt Dillon: You know what I’d really like? To have people quit calling me a teen idol. When you’ve got a label like that stuck on you, you’re a has-been at 20. Besides, who can take anybody called a teen idol seriously?

Matt: How about “young actor,” or if you think I’ve done a good job, “a young, promising actor”? That sounds like I’m serious about acting, and I am.

Dynamite: Do you think your good looks get in the way of being taken seriously?

Matt: Off the screen, maybe. But I try to change my looks to fit the parts I play. I don’t mean they use heavy makeup on me. Usually, it’s just a change of hairstyle and expression, and the way the character moves.

Dynamite: But how do your looks affect your life offscreen?

Matt: I don’t think it’s what you look like as much as how recognizable you are. Sure, in school after I made my first couple of movies, girls used to come up and say. “Hi, Matt, how you doing?” Some of them would even ask if I was busy that night.

But when we were shooting Tex in Oklahoma, I found out what it meant to be recognized. We were shooting outside, and the crowds of teenagers got there before sunup every morning, and hung around all day. Sometimes having all those girls around can get on your nerves. They kept asking for photos and autographs.

All of a sudden I didn’t have any privacy. They were calling up in the middle of the night and following me all around town. Bixby, the little town we filmed in, got to seem pretty crowded. 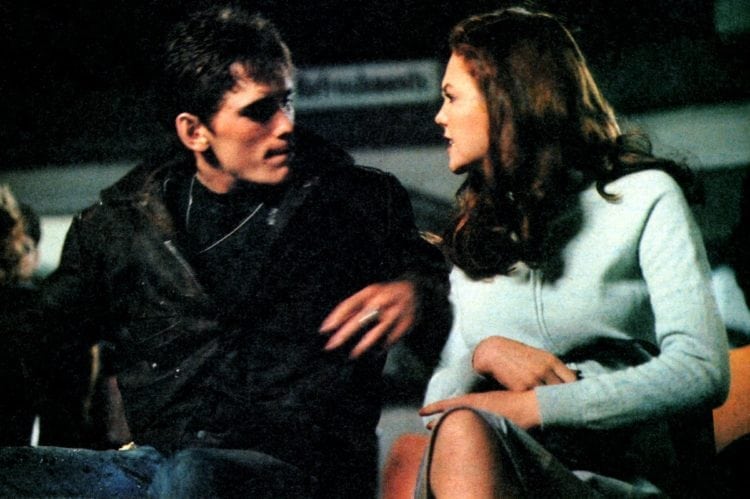 Dynamite: Tell us your opinion of Tex.

Matt: It’s the most honest screenplay I’ve ever done. It deals with kids and what they’re really thinking. It was written by S.E. Hinton, and I’ve been a fan of her books since I was in junior high. In those days, I wasn’t into reading, but I saw a Hinton book called “That Was Then, This Is Now.” The two kids on the cover looked pretty cool, so I picked it up and really got hooked by it. Her books were the only ones I read then because they were about other kids who didn’t like school either. I could relate to them.

Dynamite: The Outsiders is also from a Hinton book, and Francis Ford Coppola directed it. What part do you play in it?

Matt: I’m kind of a hood. I play Dallas Winston. We shot it in Bixby also. Almost at the same time, we shot another of S.E. Hinton’s books, Rumble Fish

, with the same cast. 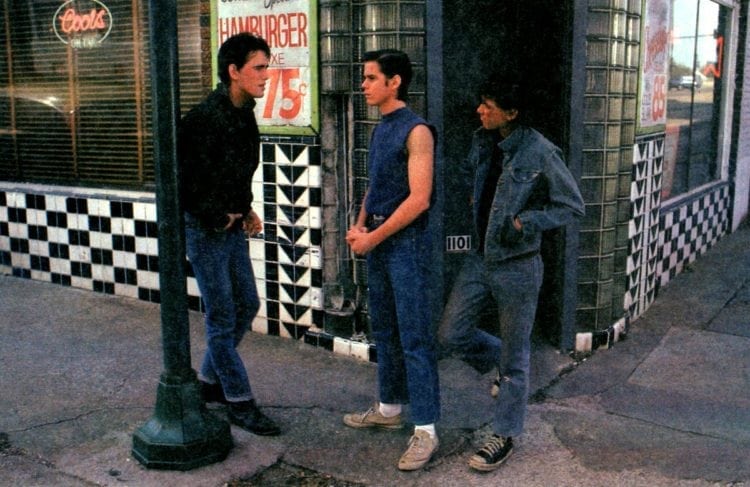 Dynamite: How did you manage to finish school with such a heavy filming schedule?

Matt: It wasn’t easy — not for me, anyway. There was a tutor on the set to make sure I studied four hours a day and to give me tests. At night I had homework. School hasn’t ever been easy for me, but I know education is important. If I had the time to just concentrate on it. I have the feeling I could be really good — maybe even make top grades.

ALSO SEE
'The Outsiders' classic '80s movie: About the story & cast, plus see the trailer

Dynamite: Do you ever worry about going Hollywood — getting into a big star trip?

Matt: That would be stupid. How can anyone let ego get in the way of acting? Besides, my family would never let me pull a big movie-star trip. They know that’s a lot of dumb hype. Acting is too important to me to let a swelled head take over.

Before I got into acting, I was really insecure. I didn’t have any idea what I was going to do with my life, and it scared me. Not knowing what kind of a career you want is a big worry for teenagers. 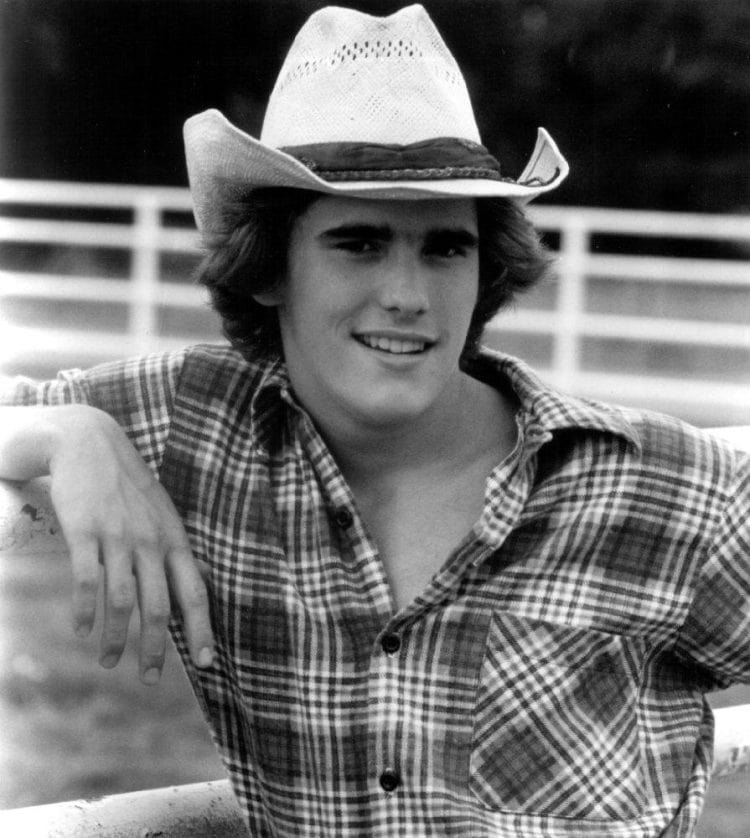 Dynamite: How has your sudden fame changed your life?

Matt: It could really mess me up. But I maintain my level head by living at home with my family in Mamaroneck (NY). I’ve got a big family with four brothers and one sister — and I lean on it. I like a lot of people around giving me feedback.

Dynamite: Have you dated many young female stars in Hollywood?

Matt: Not dated — met. I worked with Kristy McNichol in Little Darlings, and I got to meet Brooke Shields and Jodie Foster. They’re all really cool. But I think they’re all too busy with their careers to have time for dates. But they’re so down-to-earth, you wouldn’t guess they were stars. They know how to handle their lives without getting messed up. 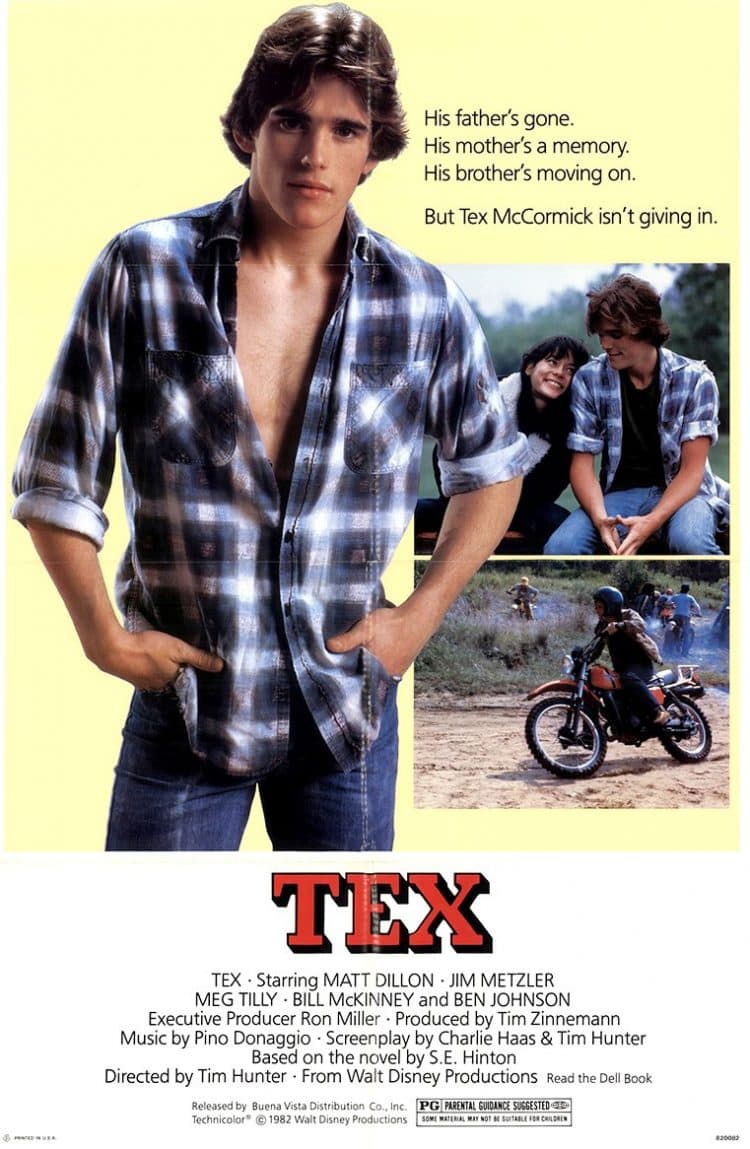 Dynamite: What is the secret of not getting messed up for an actor?

Matt: Work. An actor works even when he’s not working. Every person you meet, everything you see or read or hear — you file it away in your mind. Someday you can use it in a role!

Dynamite: What do you hope to get out of your acting career?

Matt: I hope it will make me a better, more interesting person. I really love acting. I hope I can go on doing it forever and get better and better at it. But it all happened so fast. I know it could fade just as fast. So if I don’t make something better of myself inside, what will be left? 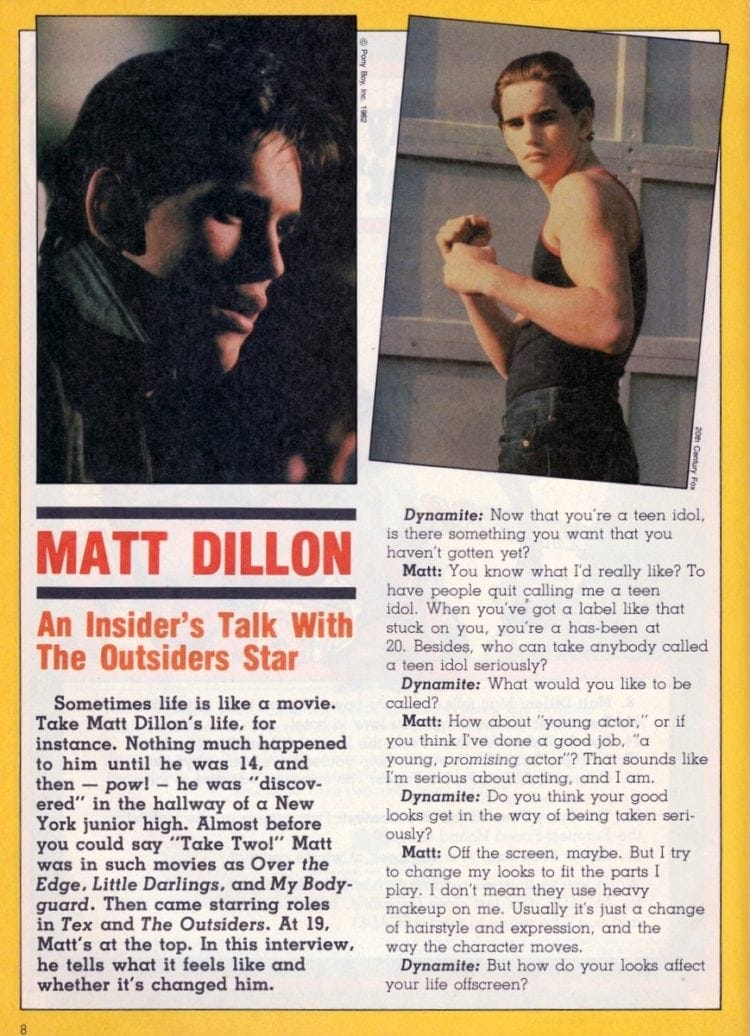 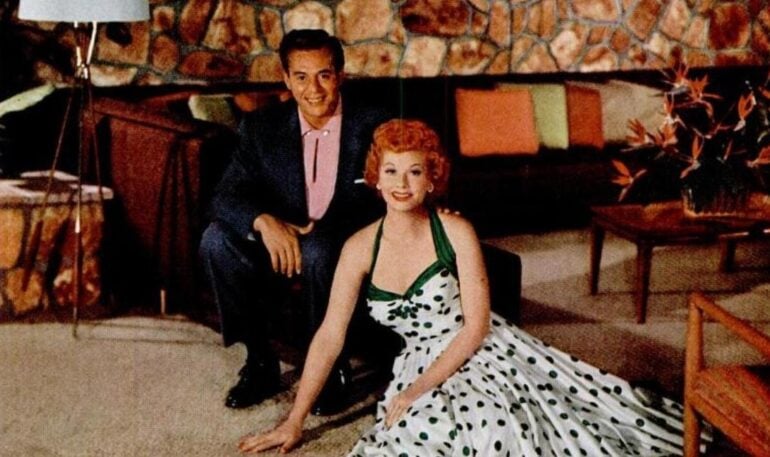 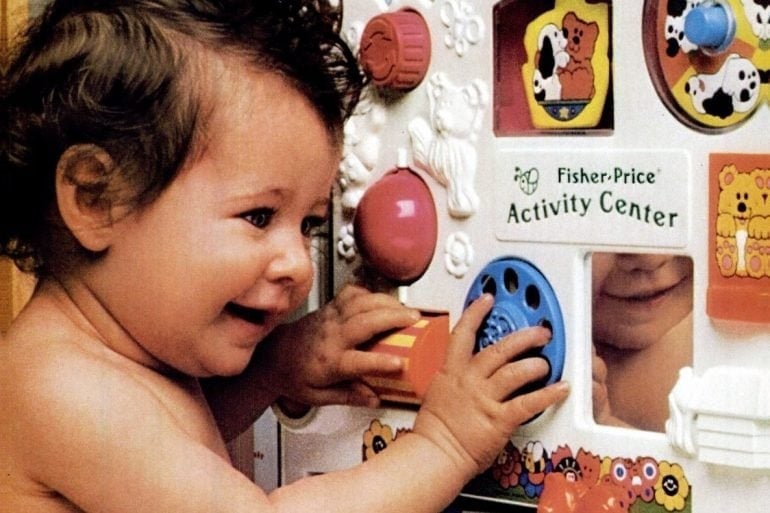 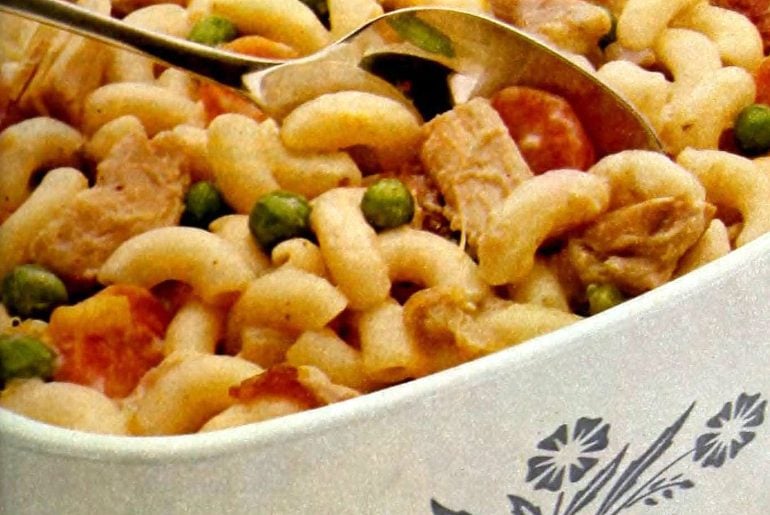 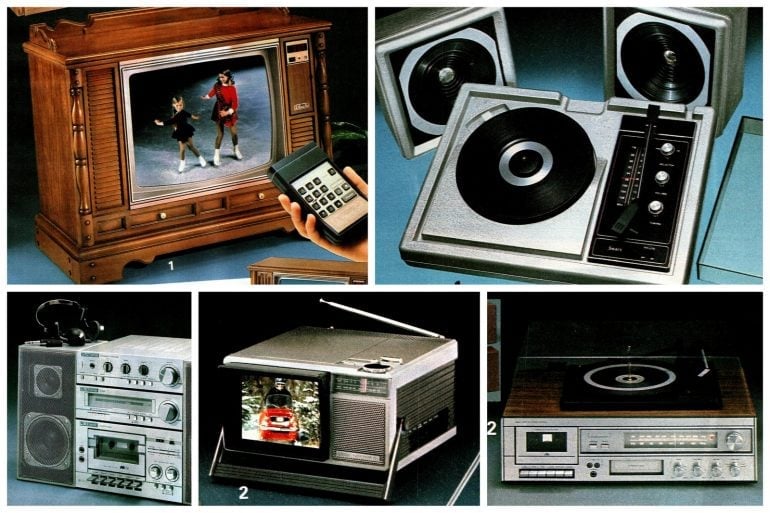 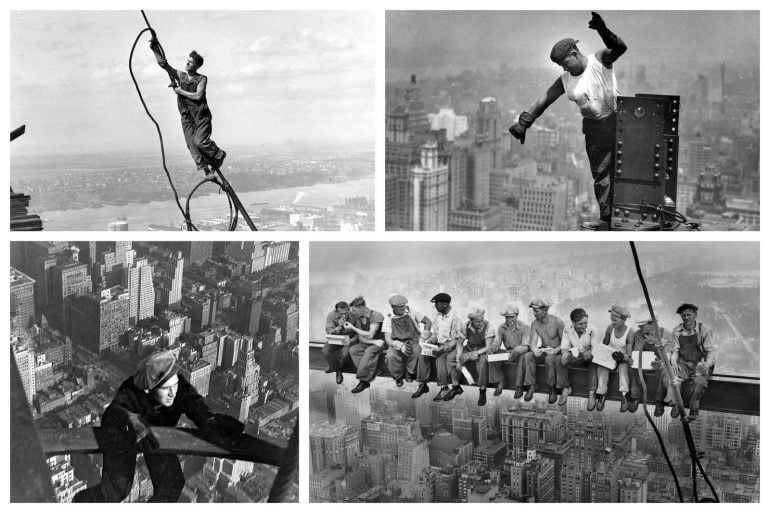 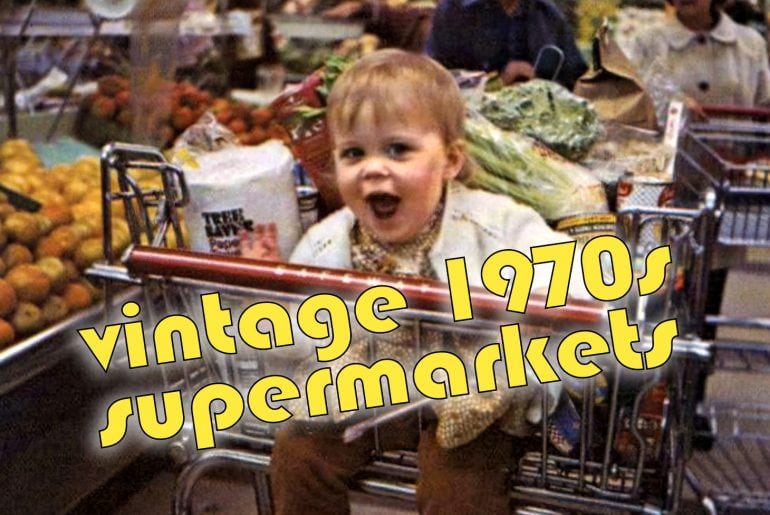 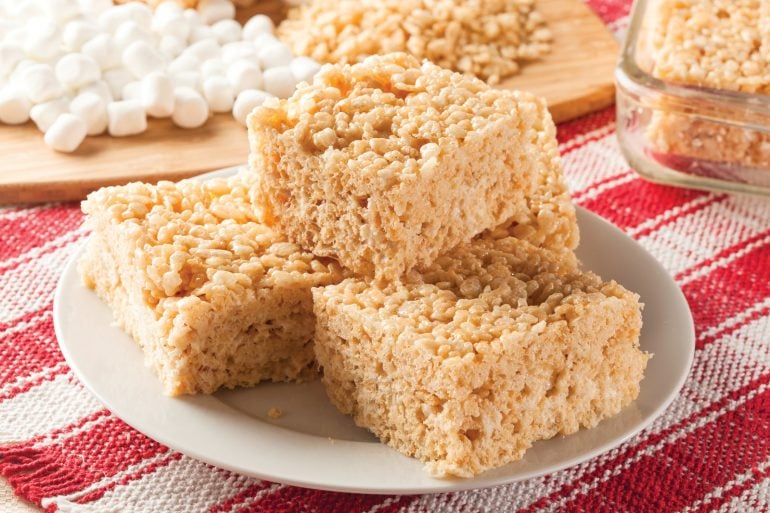 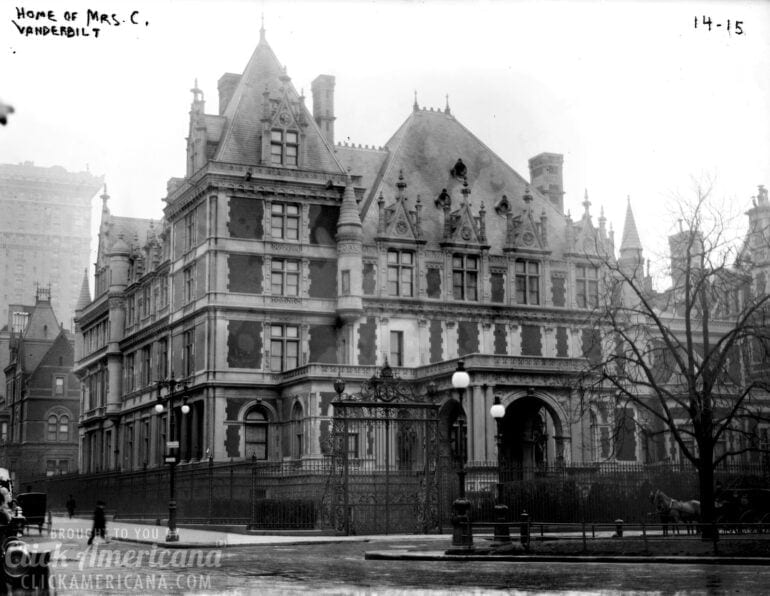