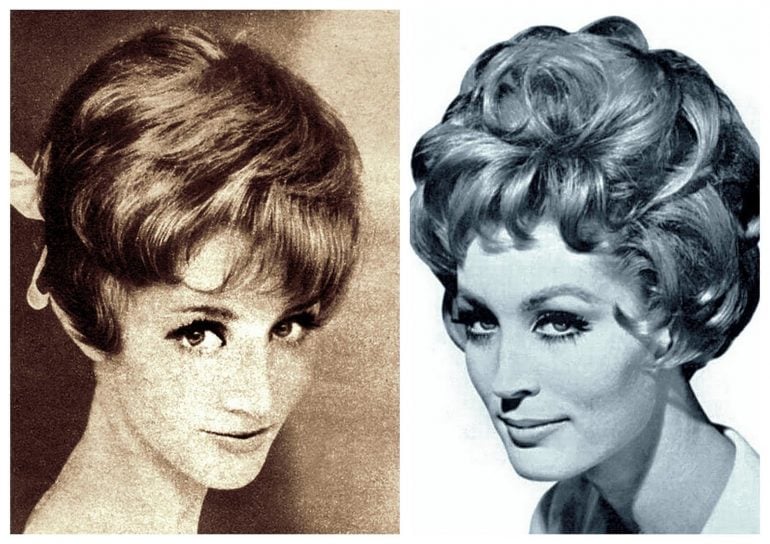 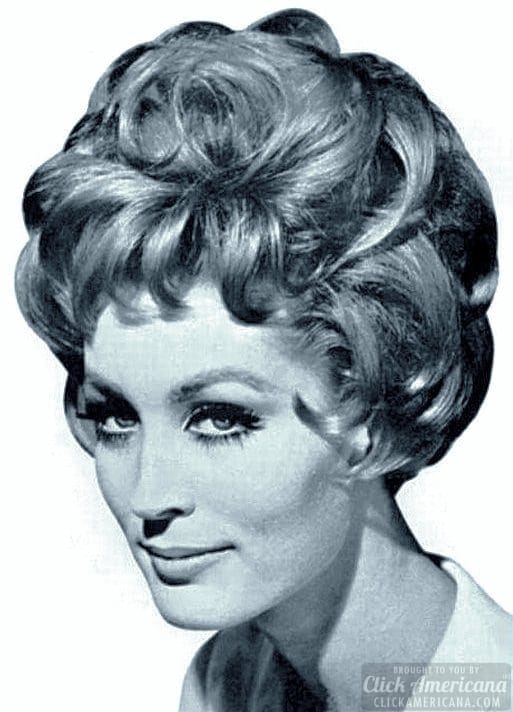 Will you get the artichoke hairstyle?

In the grocery, the artichoke is a vegetable. In the beauty world, it’s a new hairdo sweeping through beauty shops in the United States and Europe.

The artichoke haircut is a casual, layered cut, with the layers tanning out, petal fashion, from the center of the crown — or what would be the stem area of the real artichoke. All the layers of the hair are kept no more than two to three inches long and are fluffed and messed or “teased” a little instead of lying smooth.

The Princess of Monaco, the former Grace Kelly of Philadelphia and Hollywood, is one of those women currently wearing the artichoke. She had hers coiffed by Alexandre of Paris. Several hairdressers here and abroad claim to have originated this tousled cut, and many call it by other names such as poppy or pinwheel. But no matter who created it, several New York models and socialites are busy getting their locks cut to conform.

Mrs. John F. Kennedy, whose own coiffure is the much-copied bouffant with a low bang over the brow, has not succumbed to the artichoke. Victor Sabatino, a New York hairdresser whose clients appear from all parts of the nation, has been asking his clientele the type of coiffure each one prefers.

Sabatino reports that of nearly 200 questioned, 140 lean to the puffy or full-head coiffure. Some 26 thought it was time haircuts returned to the “small, neat hairdo — easier to keep.” The rest announced that they would select whatever style they considered most becoming, no matter what the current vogue.

Sabatino didn’t poll his customers on the artichoke — just on their preference for fluffy or flat coiffures.

“Men prefer a lot of hair — why disappoint them?” said one Sabatino client.

Another countered that “the full hairdo becomes flat and not very neat. after a night’s sleep.”

Some of Sabatino‘s more mature customers, endorsing the continuation of a bouffant setting, said “it does more for my face” and “I need all the help I can get.”

One of the independents had the last word: “It’s boring enough,” she said, “to have the same face all of my life. I like to be able to change my hairdo according to my mood.”

Chances are she’s the next convert to the artichoke cut.

Kenneth of Lily Dache creates the artichoke hairstyle — a wonderfully-pretty style, with a soft, natural look. Use medium-size rollers on the top, sides and halfway down the back. The bottom is set with pincurls, and pincurls rolled toward the face are used in front of the side rollers. The bangs should be light and loose, not a heavy mass on the forehead. 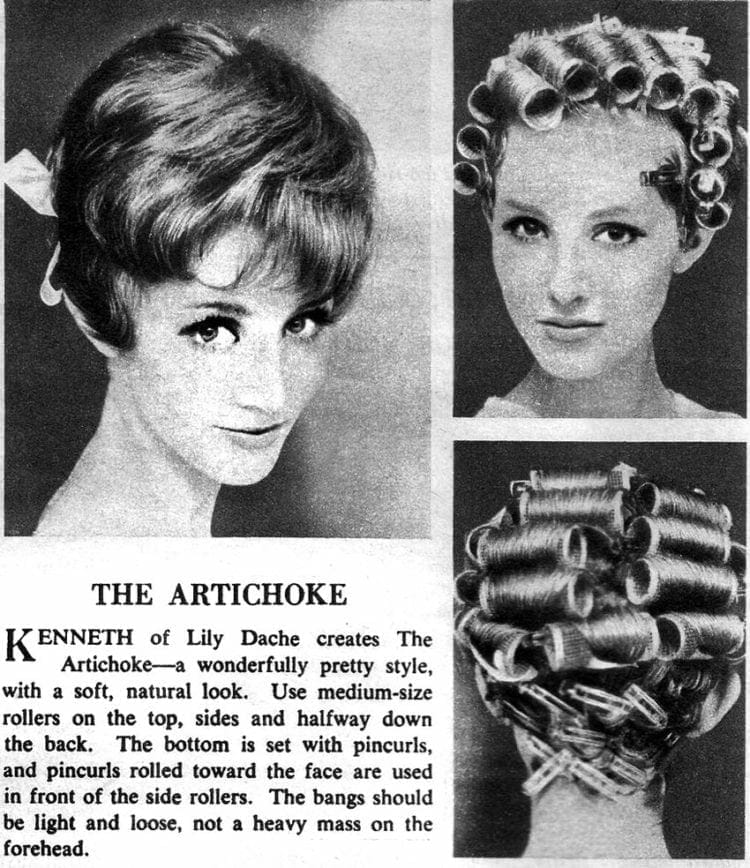 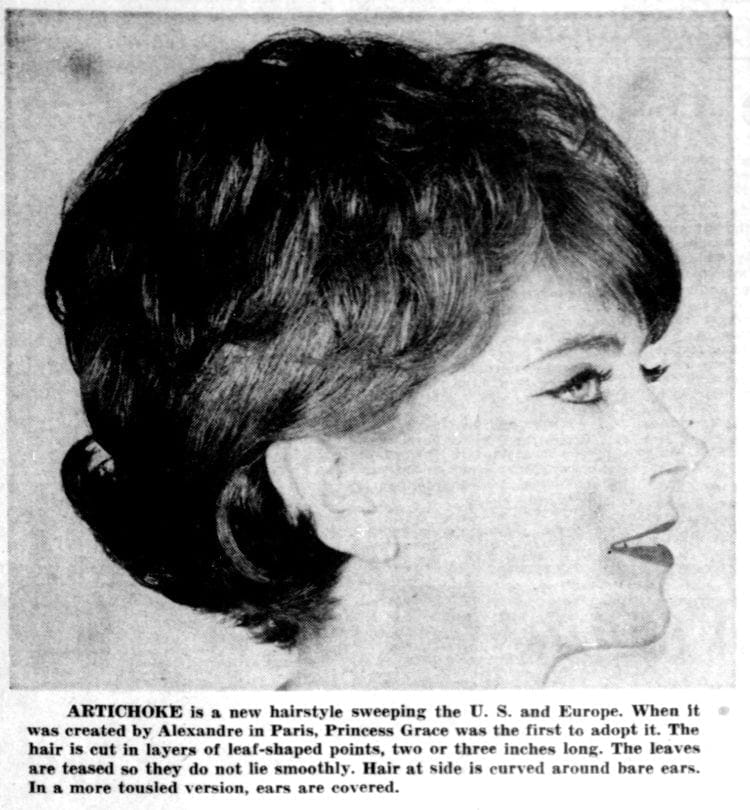 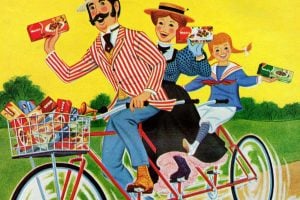