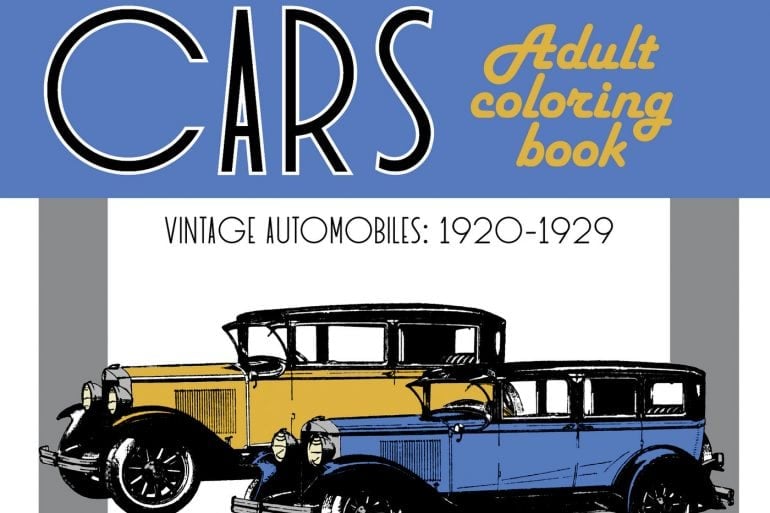 The early automobile age was an exciting time for America, and the classic cars built during those years were technological marvels both practical and popular.

Sales of cars positively boomed in the 1920s. A newspaper story published in July 1922 said that more than a million motor vehicles had been sold during the first half of that year, and things were only going to get better.

“In the second week of June, two of the largest companies — Ford and Buick — shattered all records for a single day’s production,” wrote a correspondent for The St Louis Star and Times. By early 1927, experts were estimating that the United States would produce at least five million cars and trucks both that year and the next. 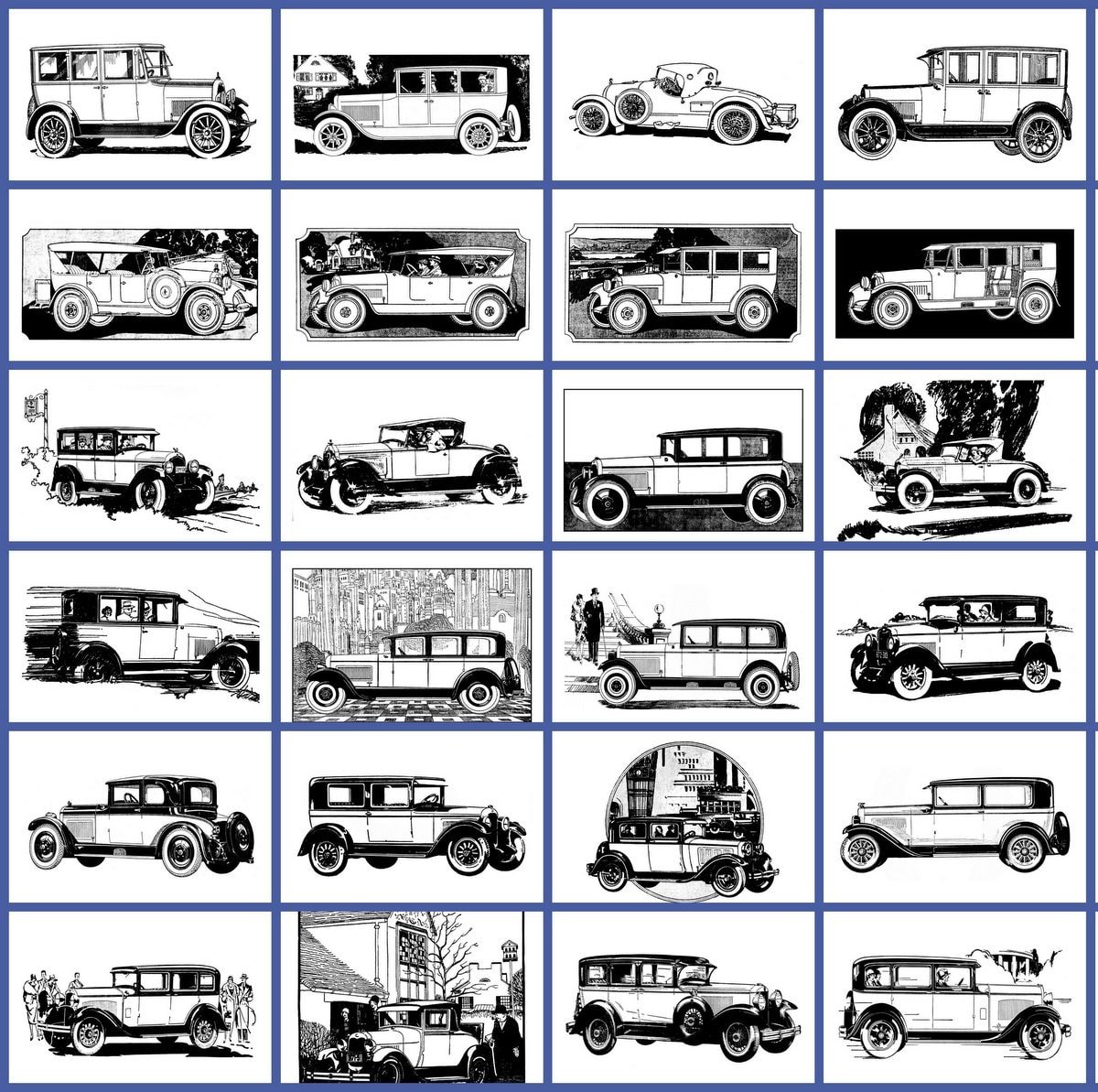 On the pages within, we have dozens of classic car brands dating back to the Twenties, including Chandler, Oakland, Pontiac, Chrysler, Nash, Essex, Ajax, Hupmobile, Franklin, Dodge, Overland, Buick, Gardner, Graham Paige, Elcar and Ford. (Note that these images are not modern interpretations of these cars, but authentic illustrations drawn about a century ago to advertise the automobiles or to go with newspaper stories.)

The drawings are arranged by year, and each of the images on the pages inside was chosen from thousands of illustrations published between 1920 and 1929. They’re all printed on just one side of the paper, while page numbering and other image information appears on the reverse, ensuring the coloring side is distraction-free and even suitable for framing.

Hope you enjoy the ride! 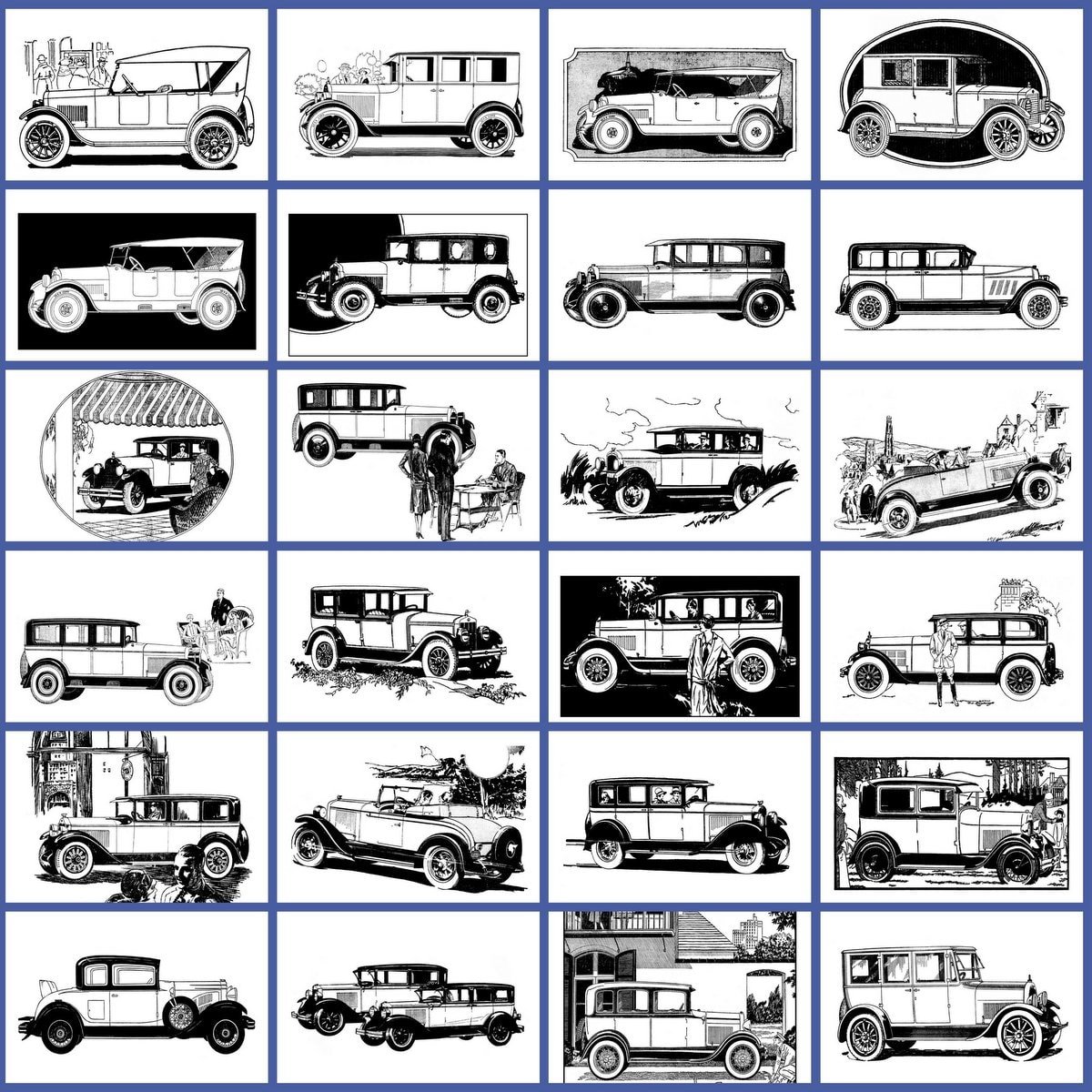 Note: In keeping with the original designs, the pictures are often very intricate, and there are large areas of black on certain pages. We chose not to over-simplify the artwork because of the tremendous amount of detail (and personality) that would be lost in the process. Please look at the preview pages to see thumbnails of the illustrations in this book. 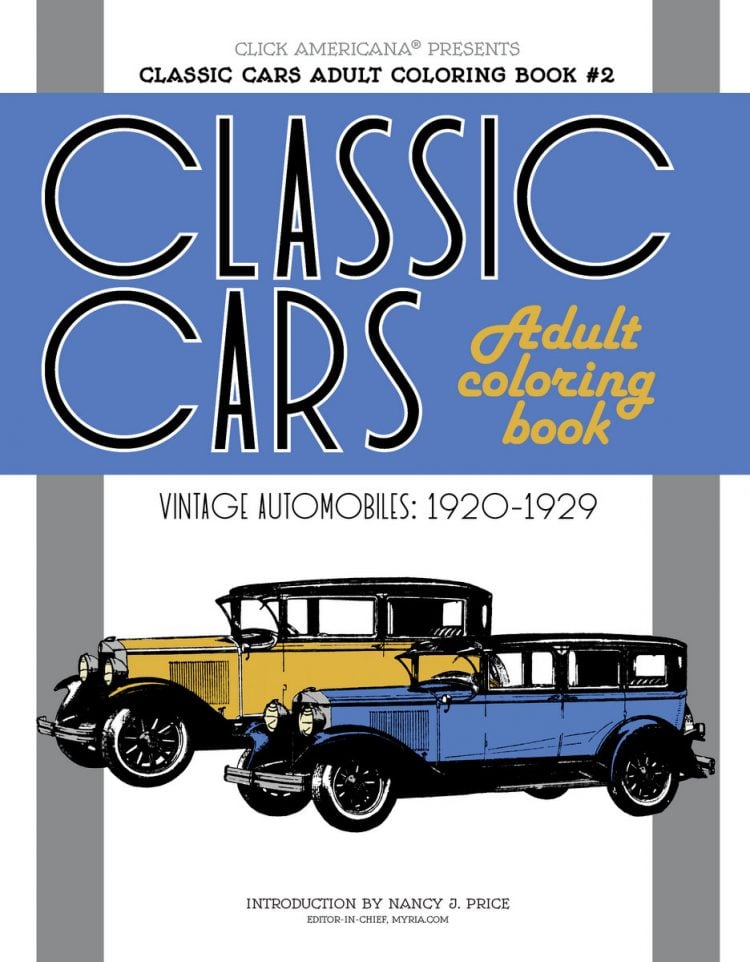