See it at Amazon
Sanford and Son was an American sitcom featuring an irascible, aging widower who is running the family salvage shop with his adult son.

Redd Foxx as Fred Sanford
Desmond Wilson as Lamont Sanford
Esther Anderson as Aunt Esther
Whitman Mayo as Grady Wilson
Don Bexley as Bubba Bexley
Nathaniel Taylor as Rollo Lawson
Lynn Hamilton as Donna Harris
Gregory Sierra as Julio Fuentes
Pat Morita as Ah Chew
Years: 1971-1977
# of seasons: 6
# of episodes: 136
When we turn on our TV (or other viewing screens, as the case may be these days!) for some downtime and entertainment, we don’t usually consider how our viewing habits are representing the societal values and challenges of our particular time and place within the arc of human history.

A few sitcoms of the early 70s — such as All in the Family, The Mary Tyler Moore Show and, of course, Sanford and Son — stand out as truly breakthrough moments in the history of American television.

Instead of presenting a romanticized view of American life as had been the habit of television studios for the previous two decades, show producers like Norman Lear took bold risks in choosing to address the social discourse of the 1970s, including loaded topics like racism, anti-government protests and women’s rights — among others.

Outspoken characters like Archie Bunker and Fred Sanford were shocking — as they were intended to be — but they were unique only to television. Audiences ate it up, because these people were real (even if stereotyped).

Whatever hot-button social issue an episode explored, Americans on either side could relate, because the conflicts they portrayed were exactly like those they were experiencing in their own lives.

Norman Lear debuted Sanford and Son after the success of All in the Family — not so much as a counterpoint to Archie Bunker on race issues, but to reflect and explore on social issues with perspectives entirely unique from those of white Americans.

Below, check out some contemporary insights on the first season of Sanford and Son! 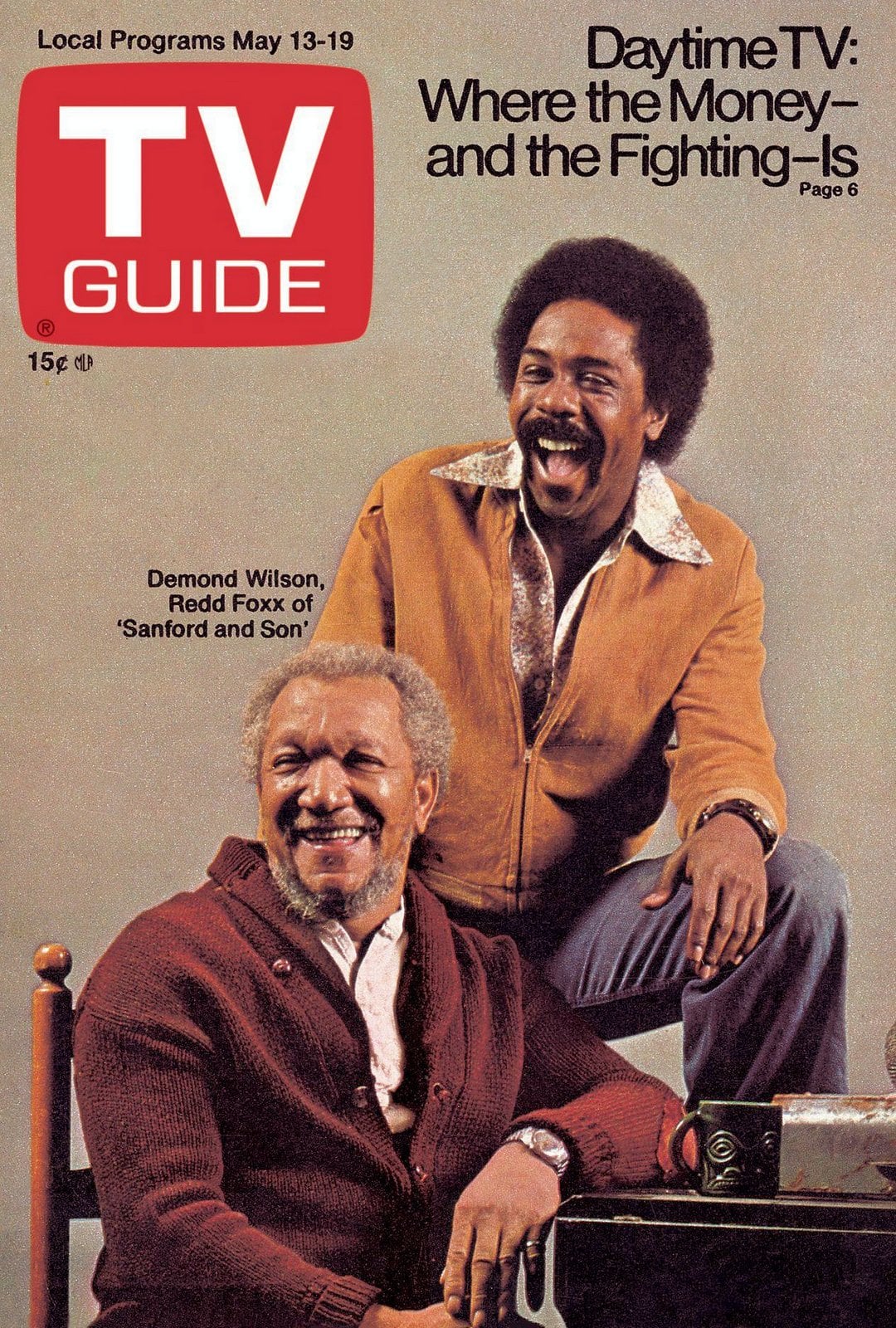 Sanford and Son: The TV show that defied expectations

The era of old stereotypes, cliches, and cartoon blacks is passing. First came “All in the Family,” with Archie Bunker espousing the philosophy of American bigotry. Now comes “Sanford and Son,” a new NBC comedy series starring Redd Foxx and Demond Wilson.

In a medium which until now usually has delicately side-stepped controversial topics and handled most subjects with white kid gloves, a change in American situation comedy is evident.

“They would have stopped this show up front three years ago,” says Foxx. “If damn and hell won’t make it, sure as hell no blacks gonna make it.”

Archie Bunker solved the problem of damn and hell. America’s lovable bigot throws words like that out every Saturday night to millions of viewers who lap them up. 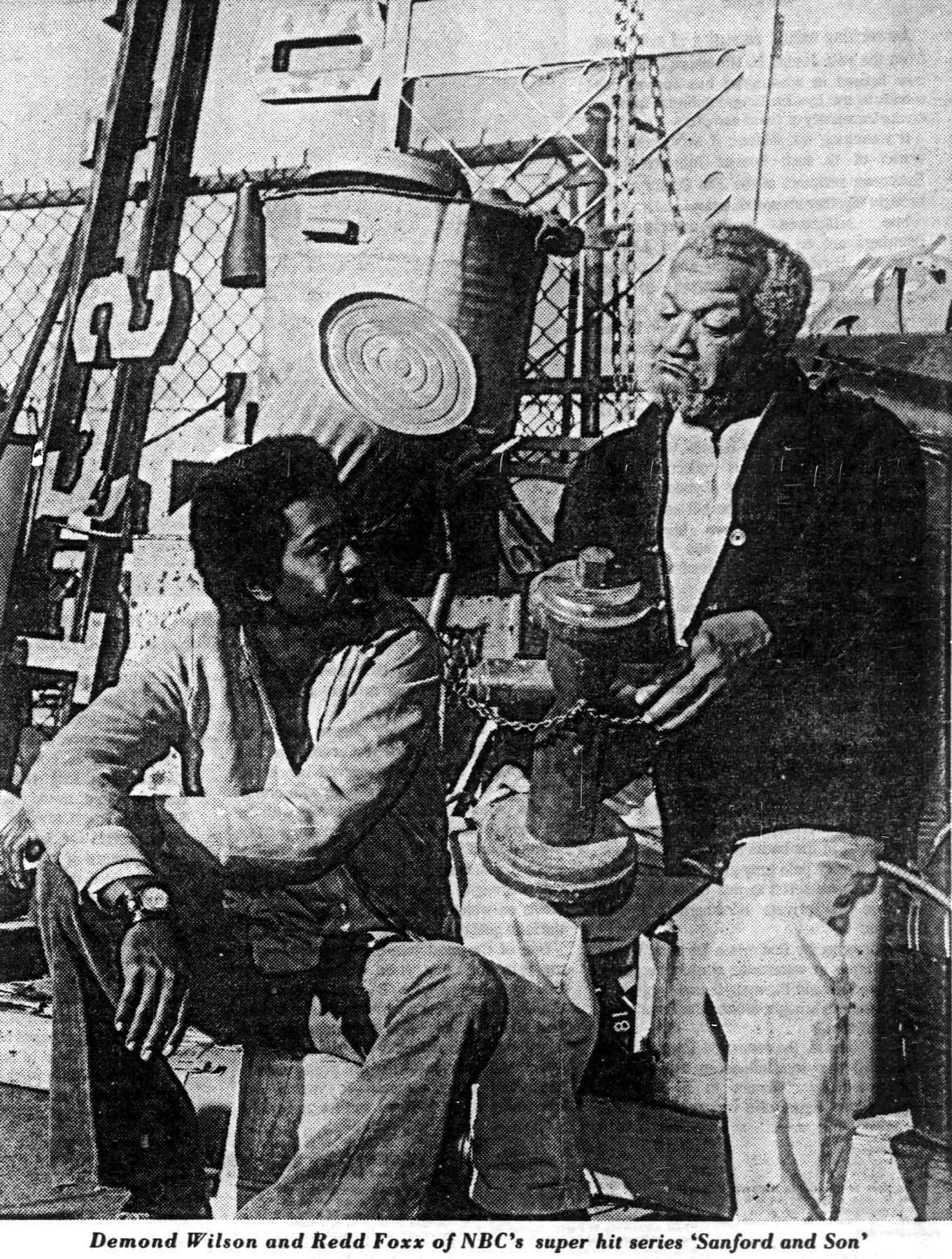 Fred Sanford is not a black Archie Bunker. But thanks to Archie, he can be as honest as a black man as Archie is as a bigot.

There have been shows like “Julia” which weakly attempted to break down the practice of white casting in American television. But Julia herself could have been white.

Fred Sanford is definitely black. Like “All in the Family,” the new “Sanford and Son” show is based on an English comedy series. It is produced by Tandem Productions, headed by Norman Lear and Bud Yorkin, the same company that produced “All in the Family.”

England’s “Steptoe and Son” dealt with a Cockney father and son in the junk business. There was no plan for a black cast when the idea for the show was conceived.

But like “All in the Family,” the show must reflect the American situation.

“The more we thought about it,” says the show’s producer, Aaron Ruben, “the more we realized if we did it with whites, it would be a copy of what they did in London. Who’s in the junk business in this country? It’s got to be an ethnic group like blacks, Italians, or Jews.”

The fact that Sanford and his son are black alone does not make the show what it is. The major focus of the series is the relationship between a father and son who fight with each other constantly, but are so mutually dependent that they cannot get along without each other. It is a human aspect.

They are fighting to survive in a business world and in a white world. They are both constantly bungling opportunities and in their pursuit of success, encounter one failure after another.

At the same time, the fact that they are black is a recognized aspect of the reality they face. Fred Sanford is old enough to retire. His son is in his 30s, but still convinced that any moment he will get his big break. 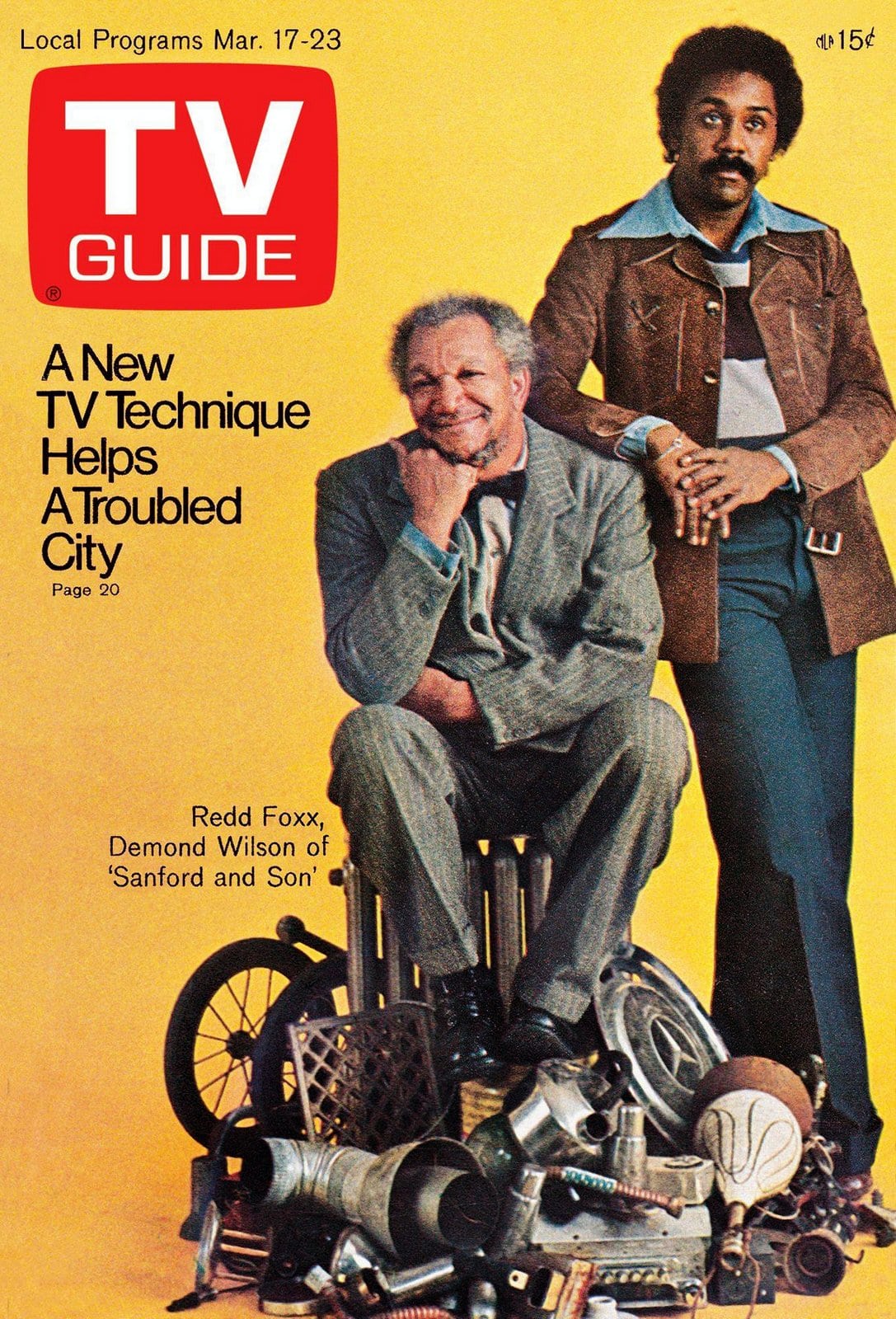 He talks about going into the shipbuilding business, “like that Greek cat that married Jackie Kennedy. He started out poor just like me,” says Lamont.

“Just one difference,” replies his father, “he started out as a Greek.”

In one episode, Fred leaves his son a suicide note after one of their common altercations. “By the time you read this, I will be with your mother in that great junkyard in the sky. I think it is better this way. The whole place is yours now. You can change the sign and cross off the part that says ‘Sanford and’… it is now just ‘Son’ …”

Unlike “Amos and Andy,” the dialogue of “Sanford and Son” is not Steppin’ Fetchit dialect.

“A lot of me is in the script,” says Foxx. “It’s funny. Demond and I recognize things that just aren’t right immediately, simultaneously… I’ve ducked so many shows that are supposed to sound like the color of you.”

References in the show to blacks and whites alike are handled less tenderly than in the past. Fred candidly expresses his thoughts and feelings.

When Lamont thinks he is going to be able to take advantage of a white businessman in a transaction, Fred says, “just because he’s white don’t mean he’s dumb.”

Foxx is well known by blacks and whites alike. He has recorded 49 record albums and has been making nightclub appearances since the 1940s.

But his image as a “dirty comic” is something he has not carried with him to the show. “I’ve never gotten bleeped out on television,” says Foxx, referring to guest appearances he has made. “I had to do dirty jokes cause I worked in a nightclub. This is a funny show, human, honest. The kids can enjoy it.” 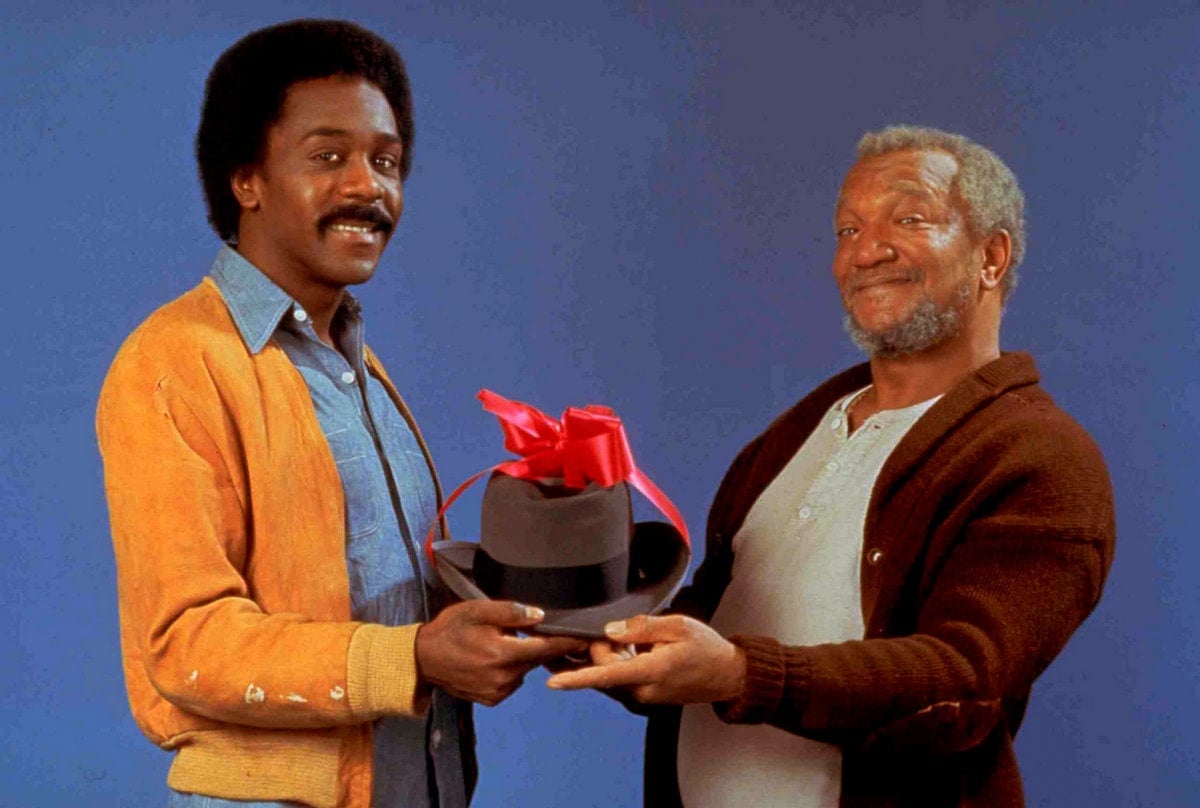 Lear does not relish a comparison between “All in the Family” and “Sanford and Son.”

“‘Sanford’ is not sensational like ‘All in the Family,’ ” he says. “It deserves to be considered on its own merits.”

“Sanford and Son” comes to the screen after what producer Ruben calls “A case of arrested development in situation comedy.”

“I can’t tell you what the stories will be like a year from today,” he says. “It depends. Every series takes on an evolutionary process. We’ll probably get into politics in time.”

Ruben wrote the first nine episodes of the show based on scripts from ”Steptoe and Son.” But he intends to have black writers and directors as the show progresses.

The evolution and success of “Sanford and Son” remains to be seen. But as Wilson puts it, “for the first time it won’t let the blacks down, in terms of something like a ‘Julia.’

“It’s honest. I’m not saying that all black people will be able to relate to it. But a lot of them will.”

Sanford and Son, TV series about junk dealer, was an instant, impressive hit

The series, already critically acclaimed for its hilarious and touching portrayal of the relationship between the elderly junk dealer and his ambitious 32-year-old bachelor son, finished fifth among all network programs. 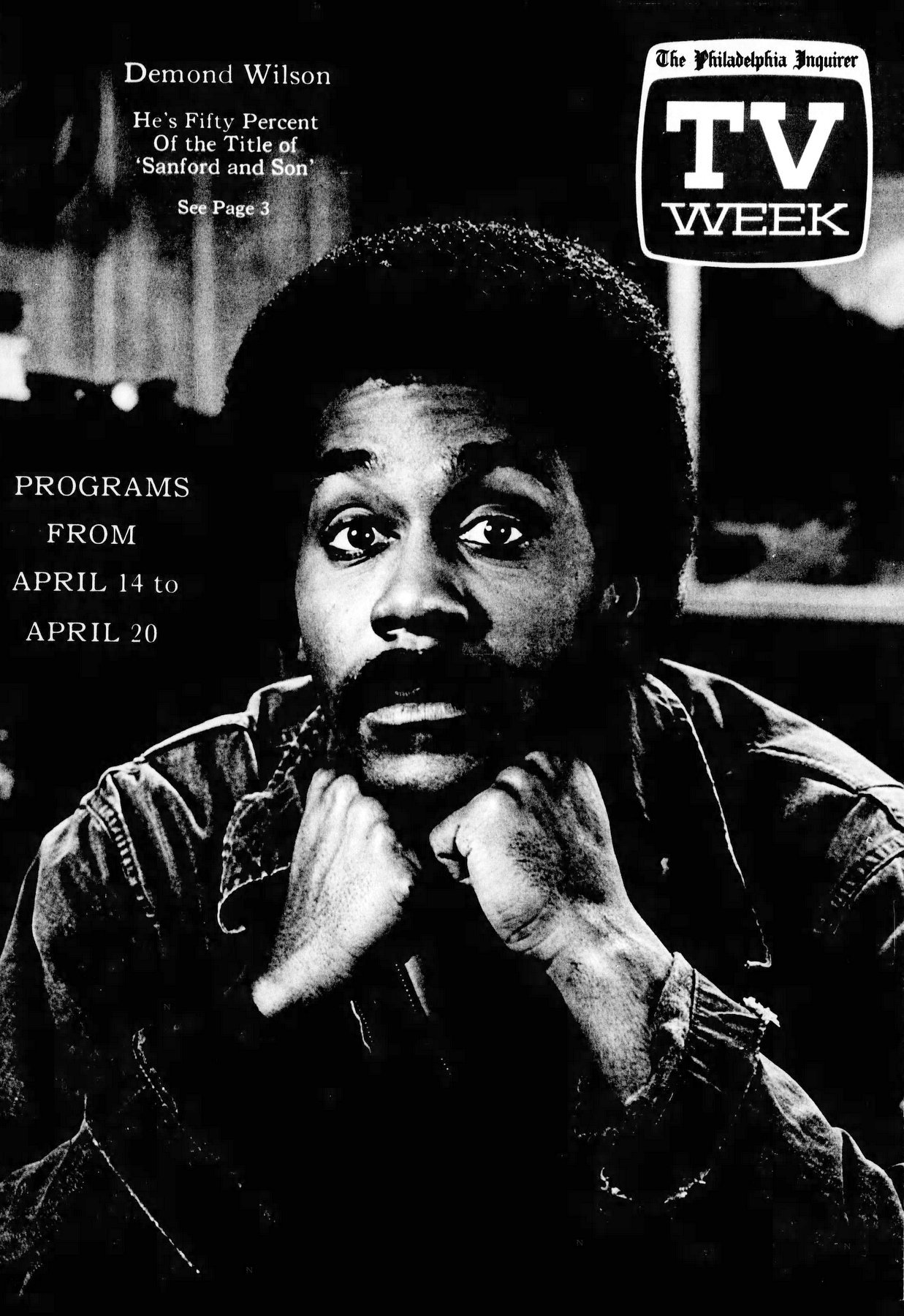 Indications that NBC TV had a potential major success in “Sanford and Son” came when it got whopping overnight ratings in New York and Los Angeles for its premiere.

The result is a breath of fresh air in video comedy, a funny exposure to some aspects of contemporary life heretofore considered taboo or unsaleable at the ultra-cautious networks.

Who would have thought that a bigot and a black junk dealer would be the central characters of two of the nation’s most popular shows? 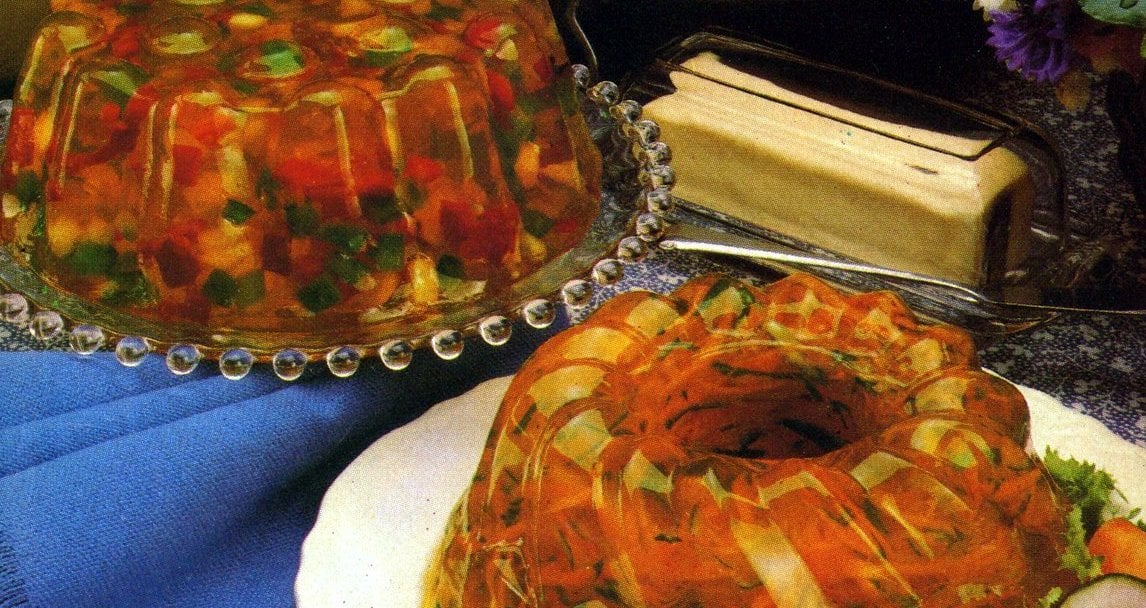 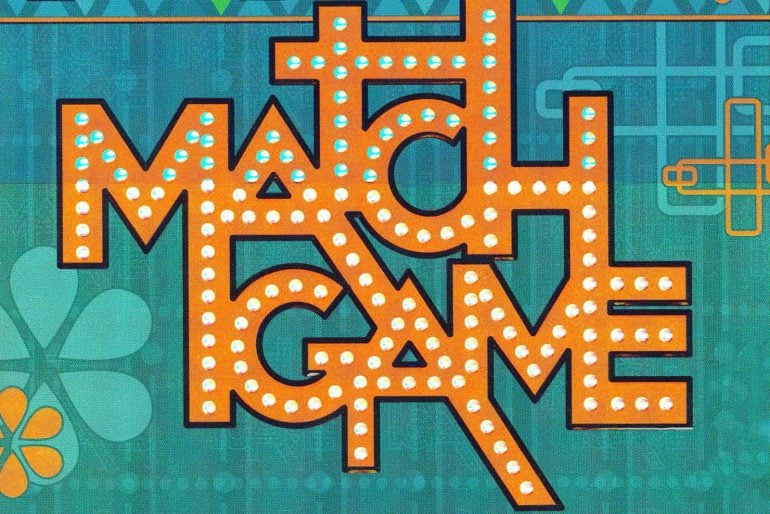 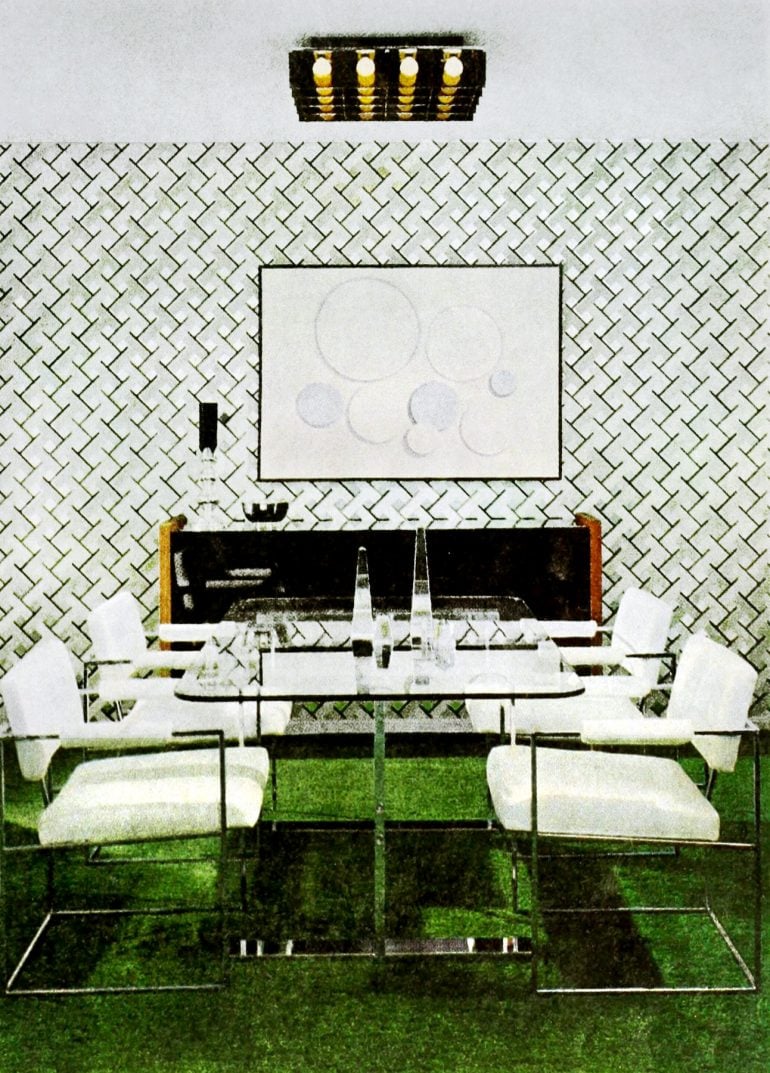 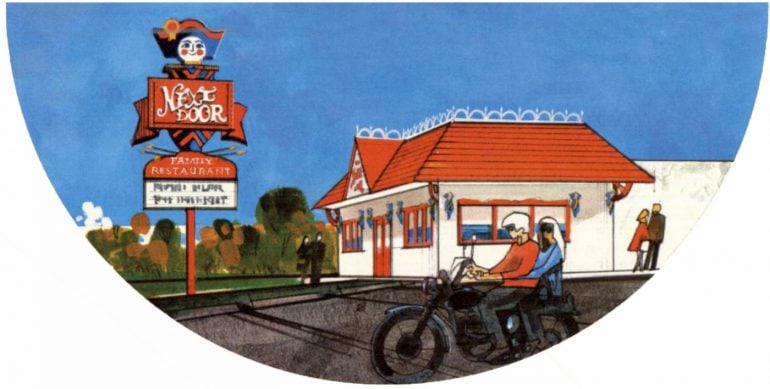 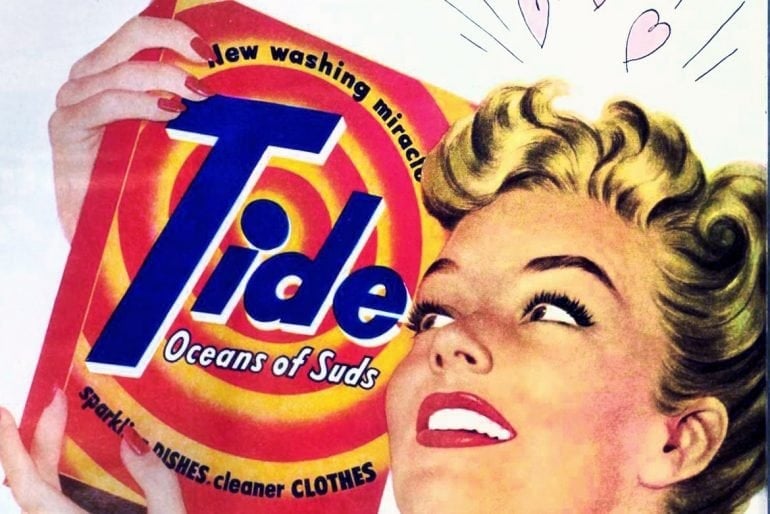 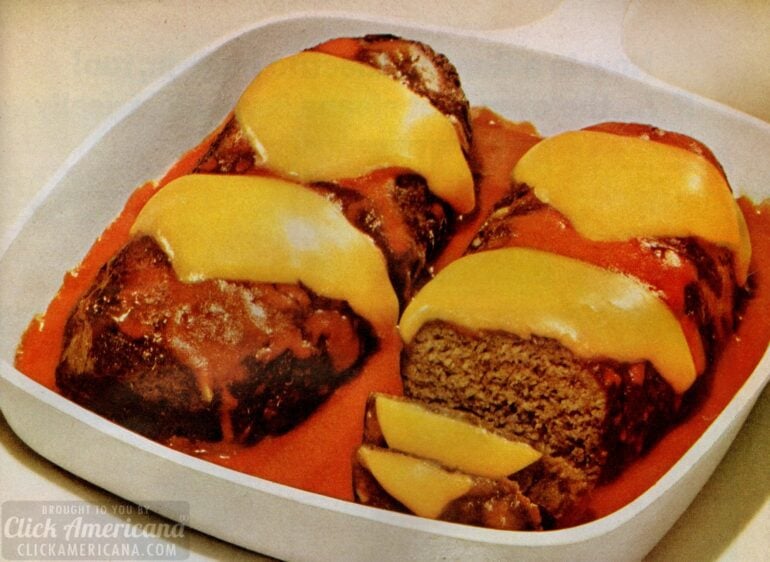 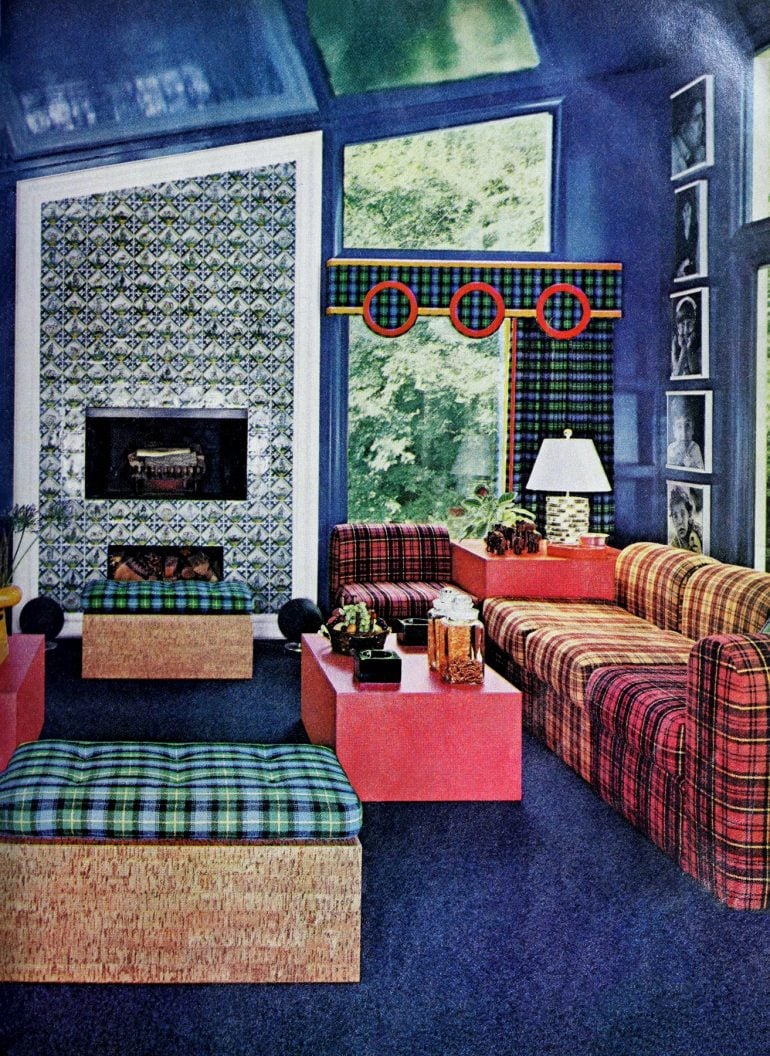 This colorful plaid-filled family room checked all the boxes 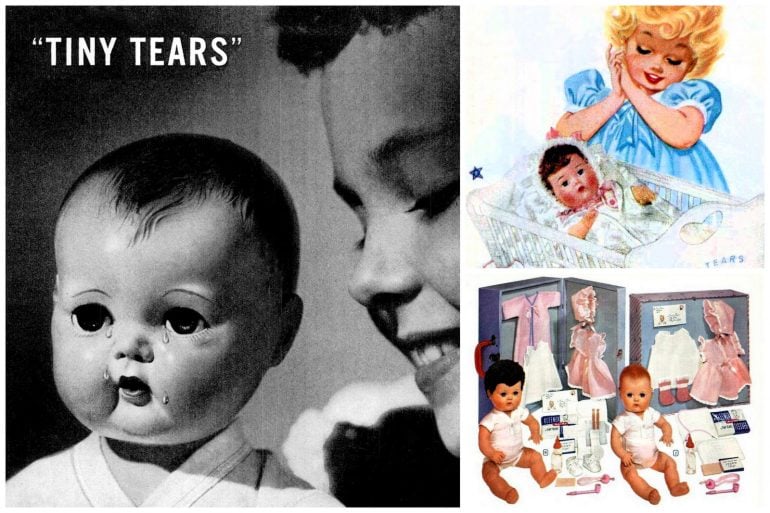 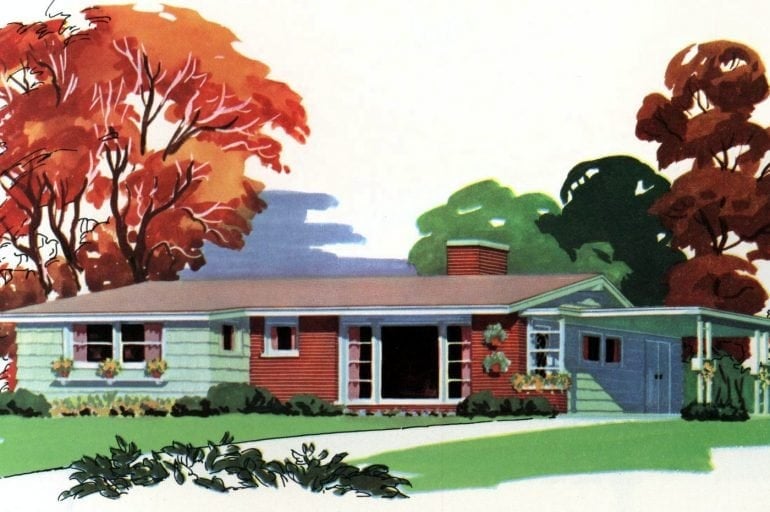 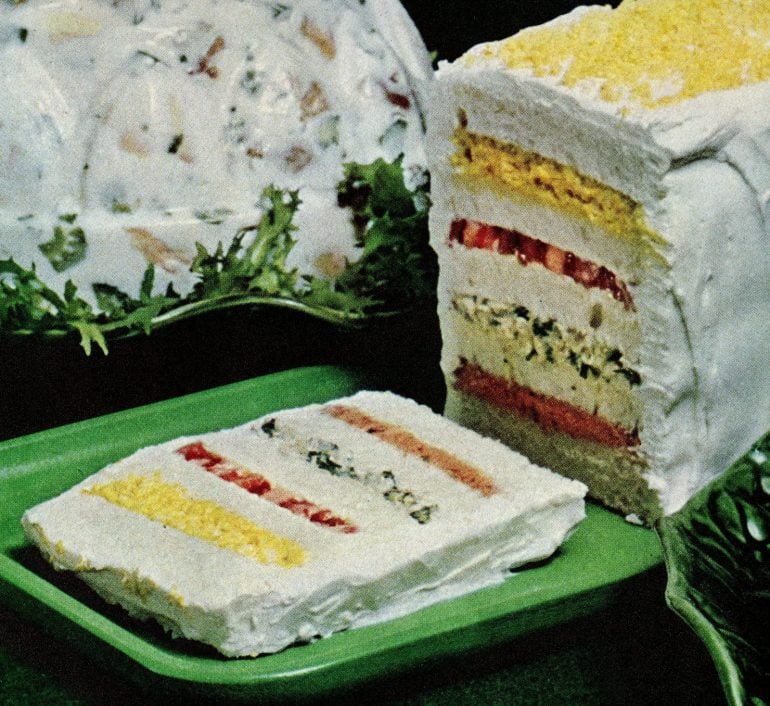 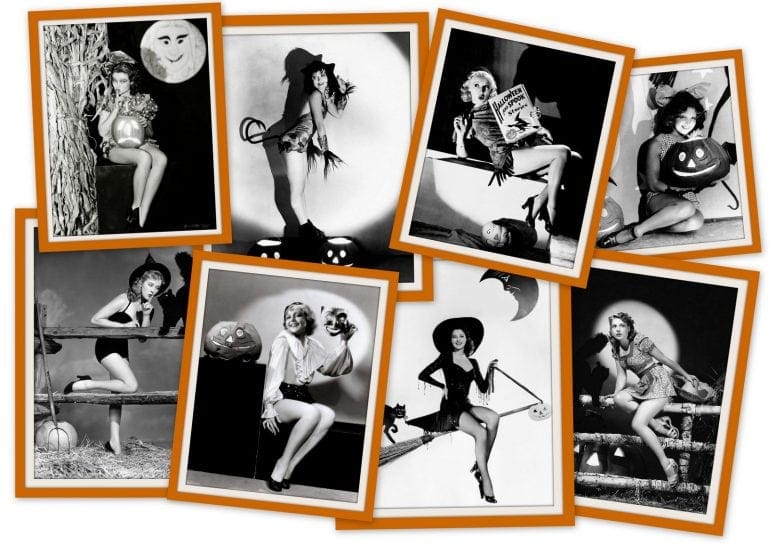 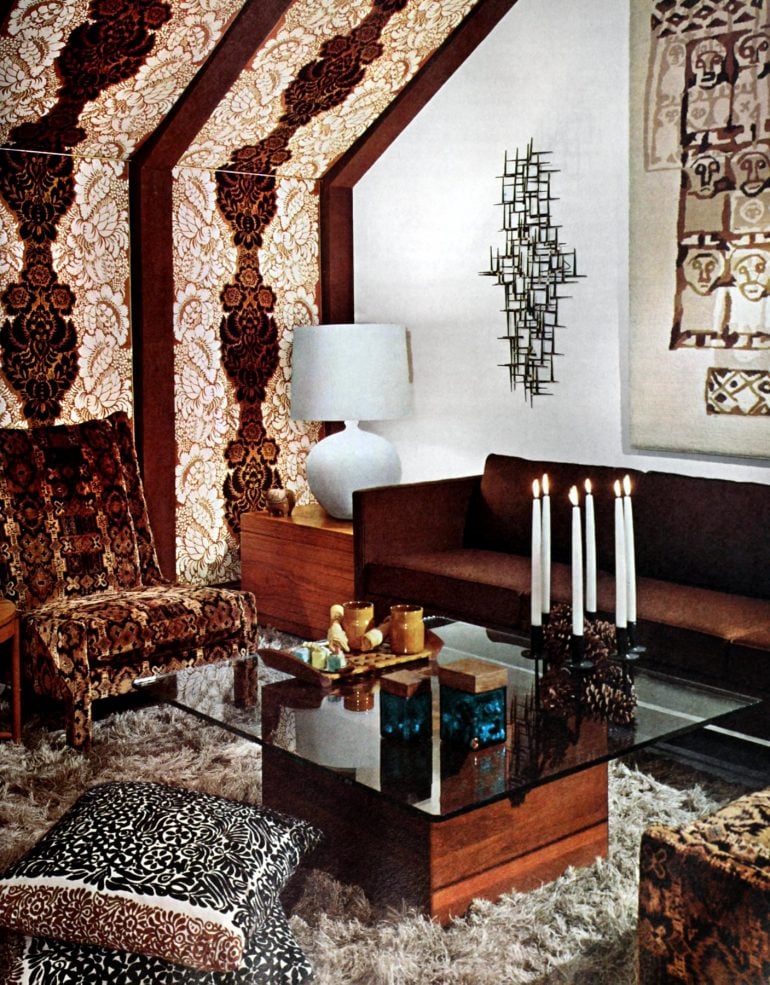 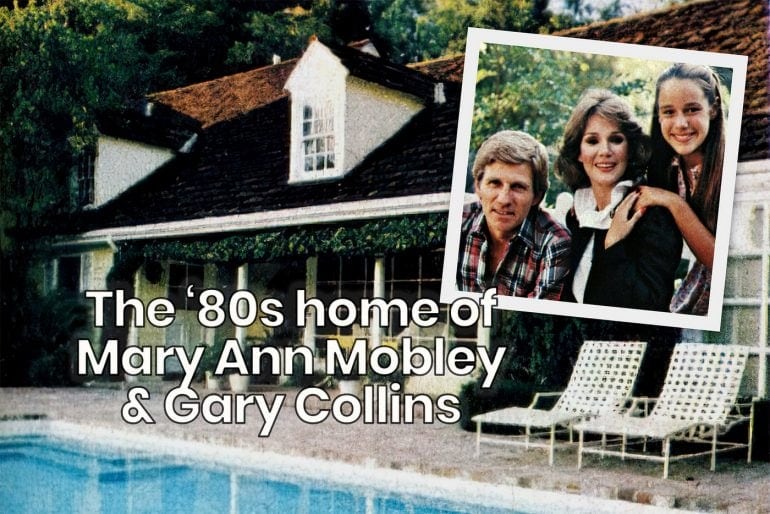 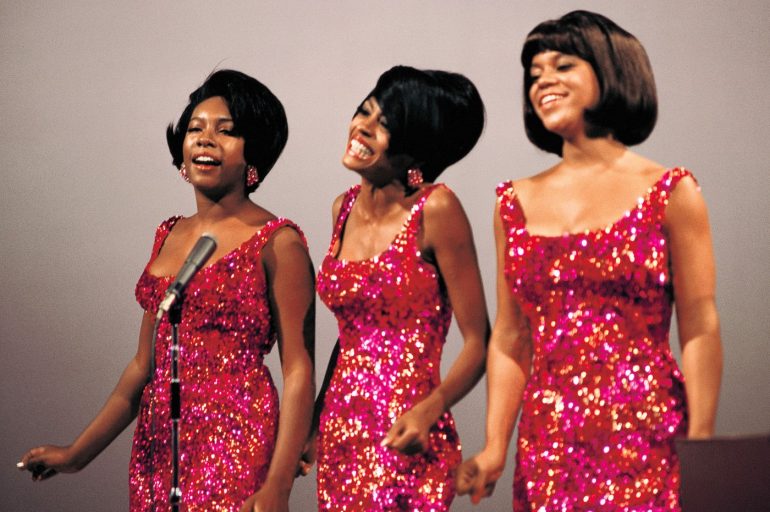