Remember clickers & clacker toys – the hard plastic balls on strings? The craze packed a wallop in the early 70s 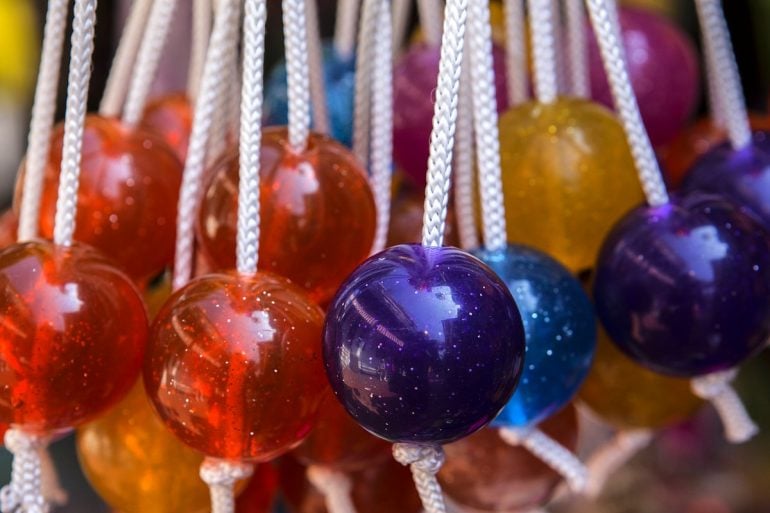 If you blinked, you may have missed the clicker and clacker toys trend of the early 60s and 70s.

Inexpensive and fun (and probably just as satisfying as a modern day fidget spinner), their popularity spread like wildfire over the course of just a few years.

Simply made of two heavy acrylic balls knotted to each end of a length of durable braided string, colorful clacker toys were not only annoying for any adults in the vicinity (hence their appeal, in part!), but dangerous, too.

Possibly inspired by the Eskimo yo yo (which is traditionally a relatively soft toy in Alaskan indigenous culture), 70s-era clackers may have been accidentally as much weapon as toy.

Beyond the obvious injuries that you could expect to occur when children (especially en masse) were swinging hard plastic balls around with some velocity, there were reports of injuries from shrapnel when the balls shattered — and even of clear clacker toys starting fires!

If the contemporary news story below accurately reflects the adult consensus of the day, it must have been a relief to parents and teachers alike when they were officially banned from store shelves altogether in 1985 — effectively killing the craze once and for all.

Worried about your sanity, listening to the clatter of those two fiberglass balls on a string?

Perhaps you should worry less about the noise and more about the possibility of physical hazards,

“They’re unbreakable,” one harried father was heard to moan, admitting he had surreptitiously taken a hammer to the balls — in vain.

They’re not all unbreakable. The Food and Drug Administration has issued a warning against all “clacker”-type toys, pending results of a series of tests by the National Bureau of Standards. 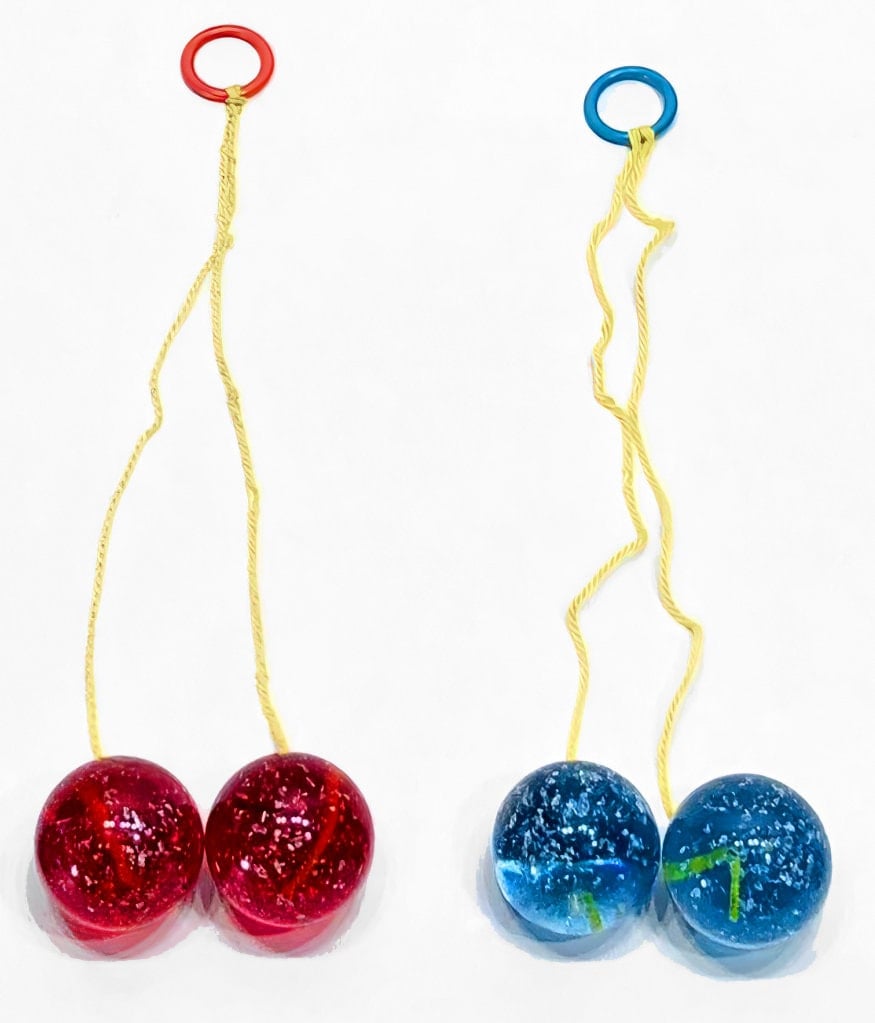 An additional danger factor, according to the FDA is the possibility that the cord snaps and the golfball-sized hard missies fly off in mid-clack, perhaps heading for a playmate’s or parent’s face.

The warning does not forbid the sale of the novelty product, which is following the spiral of the hula hoop to endemic popularity. Although some stores have withdrawn the toy (John Wanamaker’s, for instance) others continue to sell.

The Hoy’s and Eckerd chains are keeping Clickers on their shelves. But spokesmen for both chains stress that the product they continue to sell is specifically Clickers.

Clicker toys are made by Scotti, Inc., a division of Spatz Fiberglass Products, Inc., based in Yorklyn. And, according to Scott Lee, who heads Scotti, his toys are safe.

They are not the same as the products which shattered and caused the FDA warning. Lee has sent out letters to his customers setting forth both the FDA warning and his claim for the safety of his own product. He says the safety of the Clicker is due to both a distinct design difference and to rigid quality control during production, Lee said.

Though not all products may be hazardous, an FDA spokesman said, the warning has gone out against all toys of the clacker type, because differentiation is impossible until testing is completed.

If the toys are proved dangerous, he said, they would be banned. He said that a distinction could be made in the banning if some are found to be safe while others are not.

Is that a possibility — “If we can go to the moon, I suppose we can make a safe clacker,” he said, alluding to an unbreakable nylon string and shatter-proof fiberglass.

While many of the clacker toys on the market have their 2-foot strings molded into fiberglass balls. Clickers have holes drilled through the balls. Customers thread the supplied string through the balls and tie knots on the ends.

The shattering of clackers is probably due to the air bubbles trapped in the balls as they harden–bubbles caused by the introduction of the molded-in string, a “foreign body.”

Without the string-induced air bubbles, he added, Clickers are free from the shatter hazard. 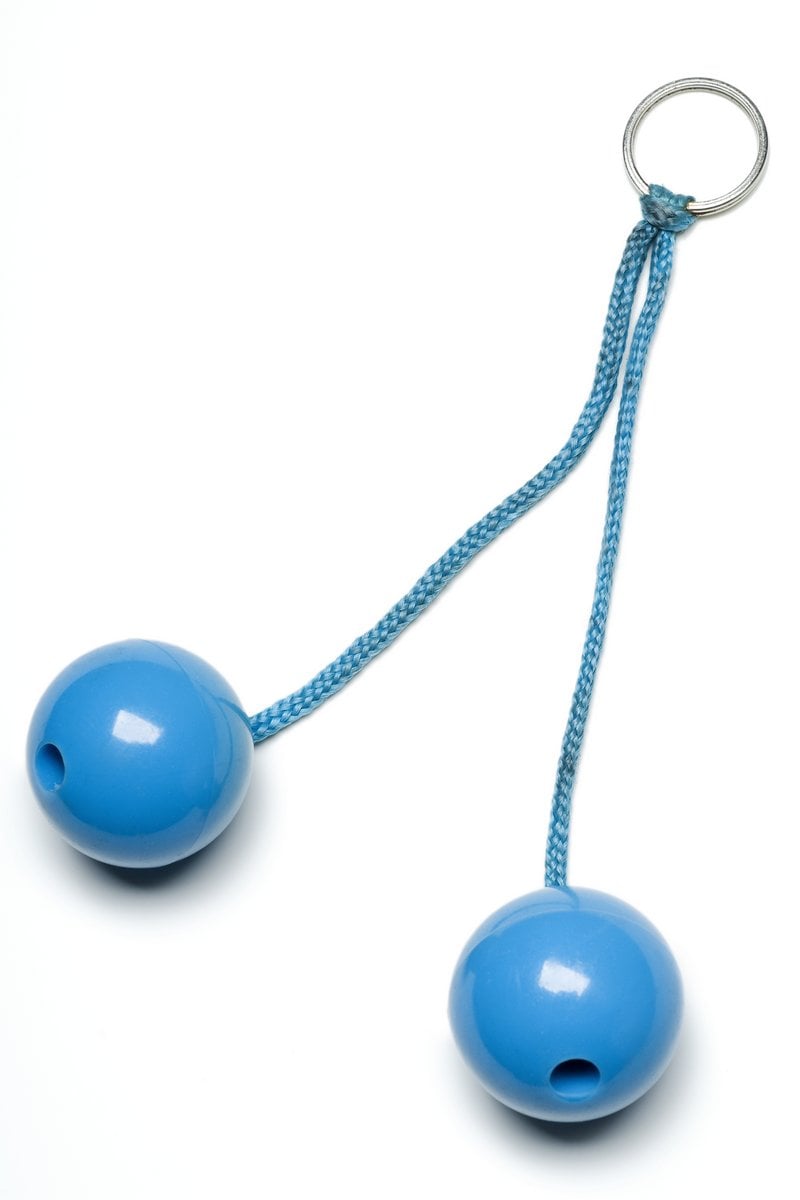 Clickers have been safety tested, he said by a local lab. Those results showed that the hitting force necessary for the balls to shatter is much greater than that caused when consumers clack them together, he told his customers in his letter.

MORE: What were the most popular toys in the early 80s? See toys, games & fun for kids in the 1981 Sears Catalog Wishbook

The clacking balls hit each other with a force of 6.2 pounds, he said, but need 1,000 pounds to shatter.

What about the ball shattered — with fragments sent flying — by a reporter with a 6-pound ashtray? Because there was no “give” between the ashtray and the floor on impact, the ball couldn’t bounce back like it could when clacking, he responded.

Lee said that the balls pull on the string with a force of 3.5 pounds, but that the strings break at 36.5 pounds and the strings unknot and slip through at 29 pounds — neither in the customer use range.

The instructions packaged with Clickers, however, advise a double knot at each end of the string. Single knots have slipped in regular clacking, he said.

The fire factor is not a problem with Clickers, because the balls are all either darkly tinted or opaque.

Clickers cost more to produce, Lee says, than competitive products. The drilling of holes is one factor and the quality control the company maintains over its resin, catalyst, and curing time for the fiberglass is another, Lee contended. 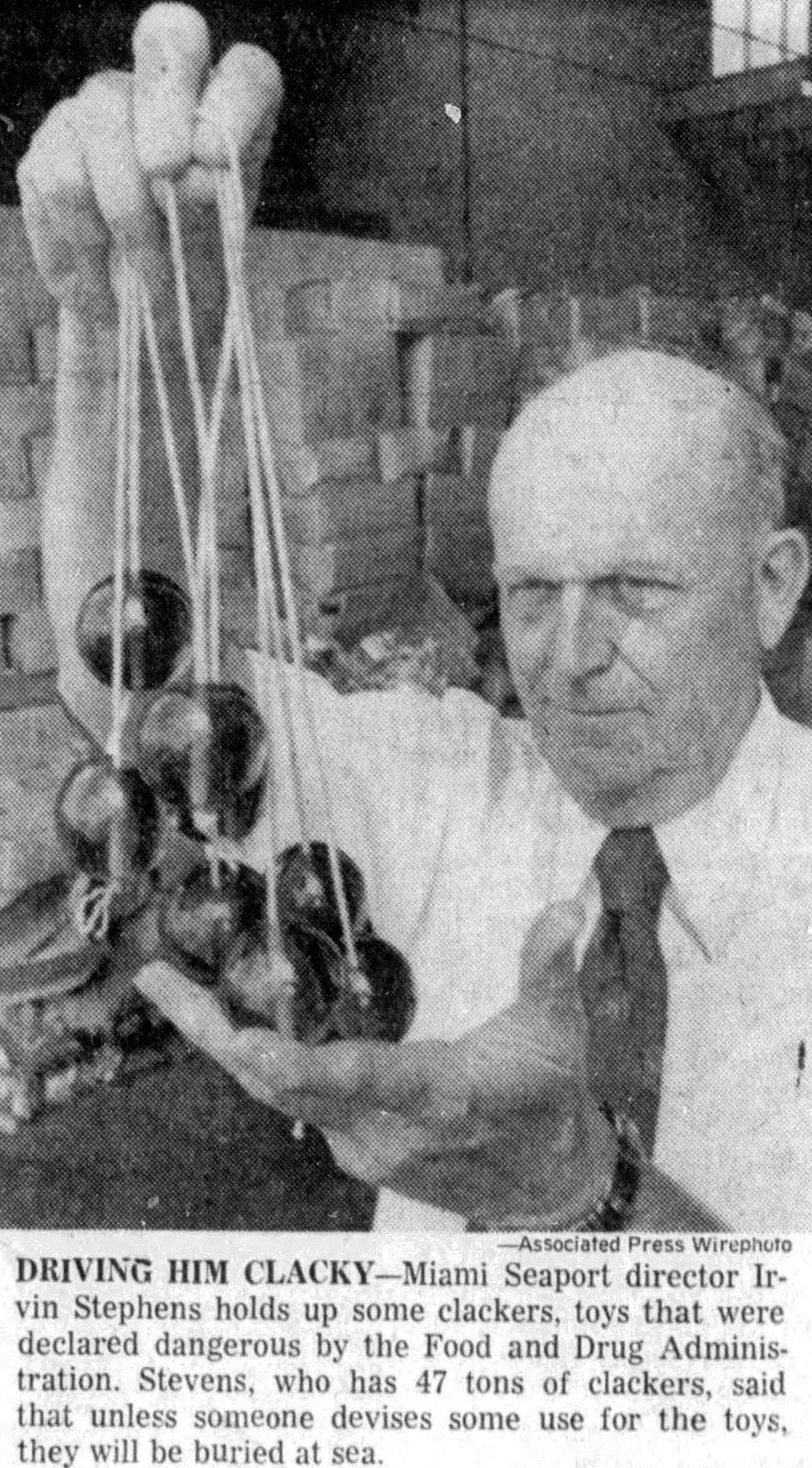 But Clickers, are sold at a price close to the competition. All the toys cost in the 79 cents to $1 range, varying with brands and outlets,

ALSO SEE: Mood rings: The colorful new-age 70 trend – and what the colors meant

Lee brought the idea to Spatz from Alabama. Production was started in mid-January; the labor force has been increased five-fold; production is far behind orders…

The bouncing balls have been banned in most schools — before the FDA warning. This is fairly standard practice for fads.

It is also due, in part, to hazards not cited by the FDA. Check the wrists and forearms of the clacker novice. Black and blue with bruises.

Check the teeth of his chums. An incisor may be missing here and there. Even attached to its string and unshattered, the two-ounce clacking ball packs a wallop. 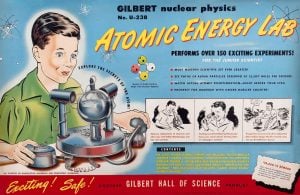 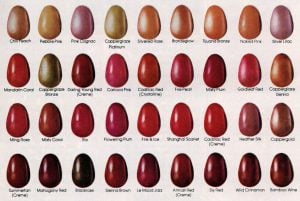 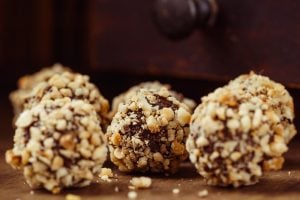 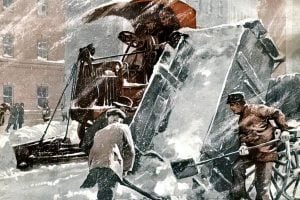 Snow removal 100 years ago: See how they did it without modern-day tools
SEE IT NOW »

The history of catsup, plus check out these vintage catsup/ketchup brands
SEE IT NOW » 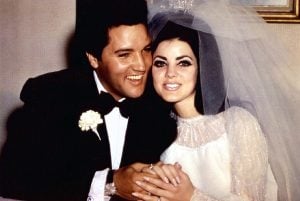 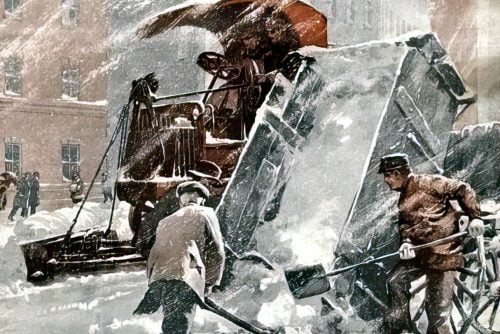 Snow removal 100 years ago: See how they did it without modern-day tools
SEE IT NOW » 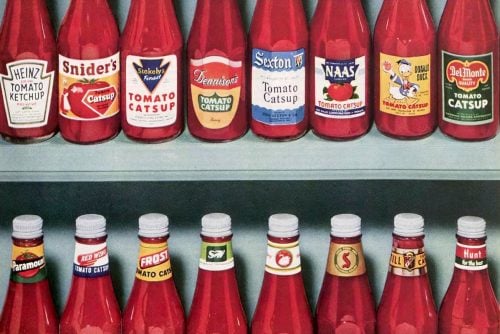 The history of catsup, plus check out these vintage catsup/ketchup brands
SEE IT NOW » 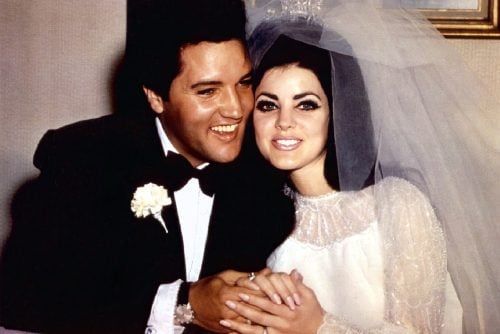