When Dr Seuss’ How the Grinch Stole Christmas! originally aired on December 18, 1966 no one expected the 26-minute cartoon to become a part of American pop culture legend.

In fact, despite Seuss’ script, direction by the legendary Chuck Jones of Looney Tunes fame, the vocal talents of an uncredited Thurl Ravenscroft, and narrated by the immortal Boris Karloff, the special received mixed reviews upon its initial release.

However, like many brilliant works, appreciation grows over time. In fact, The Grinch remains one of the few of the glut of Christmas specials from the 1960s to still air every year on television in the US. And a good thing, too — after all, how many of us need a little reminder every year that it’s not about the shopping, the stuff and the crowds, but the people closest to us?

That’s enough to grow even the grinchiest of Grinches heart three sizes. – AJW

“The Grinch had an idea — a wonderful, awful idea.”

That Grinch and the wonderful, awful idea combine to bring a modern classic about the worst Christmas villain since Scrooge to the television screen in “Dr. Seuss’s How the Grinch Stole Christmas,” animated color cartoon Special Sunday, at 7 p.m. on the CBS Television Network. It is based on the book of the same name by Dr. Seuss, the world’s largest selling author of children’s stories.

Perhaps his shoes are too tight, or perhaps it’s because his heart is two sizes too small — but the Grinch hates the noise and music that arise from Whoville as the Whos sing, dance and joyfully welcome the great holiday.

This year, he decides, he will prevent all this. And he gets his Idea. He, the Grinch, will personally steal Christmas!

Turning his faithful dog, Max, into a bogus reindeer by the Grinchy expedient of tying antlers on his head, the Grinch drives Max and the sled down the mountain to Whoville late on Christmas Eve.

Disguised in a Santa Claus suit made from remnants in his cave, the Grinch squeezes down the chimney of each quaint house and steals every bit of Christmas he can find — presents, trees, decorations, stockings — even the last can of Who-hash.

What happens to the Grinch, and to his too-small heart, when he returns Christmas to the Whos and gets one of his own in return — that’s what the story is all about.

Boris Karloff, who has made an eminent success of villainy, began his career as a shepherd boy in a church Christmas pageant. He was 10 years old at the time.

Now, only 69 years later, Karloff is starring in another Christmas production — as the narrator and voice of the villain in the Grinch Christmas tale. All of which proves that any ambitious young kid can become a Grinch if he works hard enough.

The cultured, soft-spoken Briton, whose chief interests are flower gardens, poetry and the stage, is the antithesis of the monster roles that made him famous.

Credit for the production also goes to the work of MGM’s animation department, headed by Chuck Jones, a three-time winner of an Academy Award for his animated films.

The average half-hour animated show for television would require about 2,000 drawings, but The Grinch has over 25,000 — plus several hundred backgrounds, compared to twenty or thirty for the average show.

HOLLYWOOD — Dr. Seuss swore off Hollywood years and years ago, but now he is back with a character named Grinch, who is to star in a half-hour special tonight on CBS.

If you are not acquainted with Dr. Seuss and the Grinch of Thidwick or Horton, that’s probably because you haven’t raised any children in the past 20 years. Doting parents usually buy Dr. Seuss books for their offspring soon after Dr. Benjamin Spock has guided them safely through their first 100 colds, the chickenpox and a whack on the behind for saying a naughty word.

The reason Dr. Seuss, or Ted Geisel as his wife and friends know him, doesn’t like Hollywood is because almost everyone spends a lot of money to do things cheaply and in a hurry. He would much rather stay in his pink castle on a hill overlooking La Jolla and write and draw for his books.

A FEW MONTHS ago, Chuck Jones, who heads MGM’s animation-visual arts division, talked the studio into talking to Dr. Seuss about bringing some of the latter’s books to TV in animated form. Jones had more trouble getting Dr. Seuss to talk to him.

“Maybe you think I can’t draw your characters,” Jones said to Dr. Seuss in a challenging letter and enclosed with it a drawing he’d made of one of Dr. Seuss’ famous cats.

It wasn’t that Dr. Seuss didn’t trust Jones. They had worked together during World War II under producer Frank Capra who commanded a group of Hollywood talents attached to the Signal Corps at “Fort Fox” (20th Century-Fox). Jones and Dr. Seuss created a character known as “Snafu” for use in animated training films.

WHAT DR. SEUSS wanted to be assured of before signing on for any TV venture was that his characters would not be put on an assembly line for the quickie kind of production turned out for weekly cartoon shows on TV, a technique which causes revulsion in Dr. Seuss, a meticulous craftsman.

Jones and MGM promised Dr. Seuss there’d be no limit on the quality of the animation of “How the Grinch Stole Christmas,” which is the Dr. Seuss book being adapted for tonight’s show.

As a result of this premium on quality, the Grinch cartoon has become the most expensive half-hour ever put on TV. The price paid by the network for this initial airing and one more in 1967 is $135,000. On a per-minute basis, Jones likes to think it may even be more expensive than ABC’s recent purchase of “Bridge on the River Kwai” at $2 million.

APPROXIMATELY 25,000 individual drawings have been made in animating “How the Grinch Stole Christmas,” instead of the 2,000 or so done for the average half-hour Flintstones or Huckleberry Hound cartoon. Original music has been composed by Albert Hague (Dr. Seuss did the lyrics) and played by a 34-piece orchestra with a 12-voice choir.

ALSO SEE  Heat Miser & Snow Miser: The Year Without a Santa Claus - See the song and get the lyrics! (1974)

Rather than risk disappointing the fans with their own exact notions of how a Grinch or Cindy-Lou or a “Who” would sound, Jones and Dr. Seuss cast Boris Karloff to narrate the story.

In his best grandfatherly style, Karloff from time to time will dramatically take on the voices of the Grinch and Cindy-Lou, and who is to doubt that a man so akin to the metaphysical world as Karloff knows what a Grinch’s voice is like?

IT HAS BEEN nearly 10 months since Jones and Dr. Seuss first sat down with the MGM staff to show TV viewers “How the Grinch Stole Christmas.” That answers those fans who want to know how often Dr. Seuss will parade his fantastical characters across their TV screen. An average of six months would be required, were he to do them on a regular schedule.

Negotiations are on, Dr. Seuss says, for a TV version of another of his books, “Horton Hears a Who,” but that will depend on the success of “How the Grinch Stole Christmas” and also whether Dr. Seuss can stand to be away from his pink castle in La Jolla that long.

Anyway, it’s encouraging to find TV interested in Dr. Seuss and his friends. As one critic says, “At last TV is beginning to scrape the top of the barrel.” 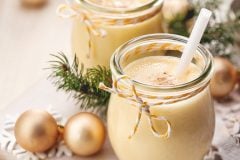 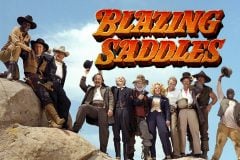 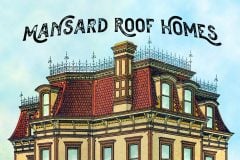 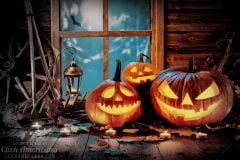 How did Halloween start? The strange history of Halloween – including trick or treating & carving jack-o’-lanterns – goes way, way back 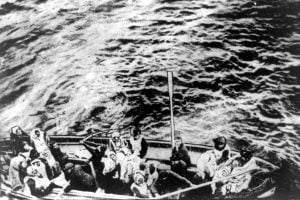 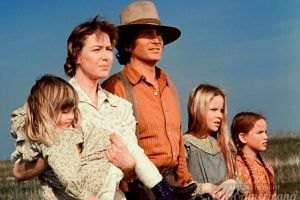 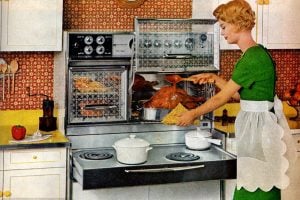 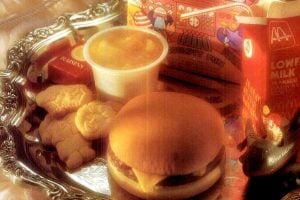 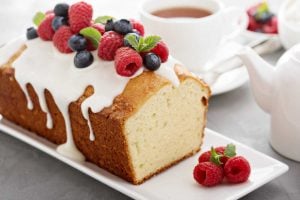 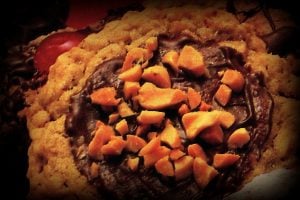 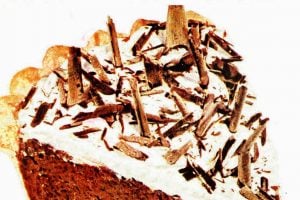 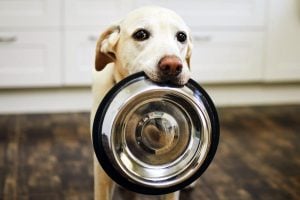 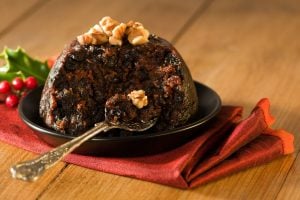 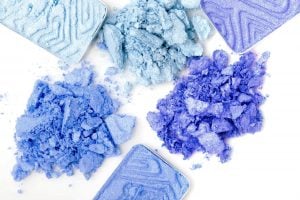 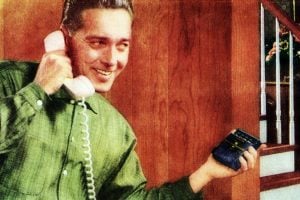 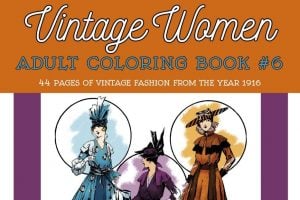 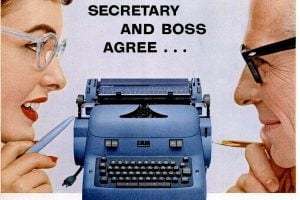