Flash back to the 80s movie Flashdance: What a feeling! 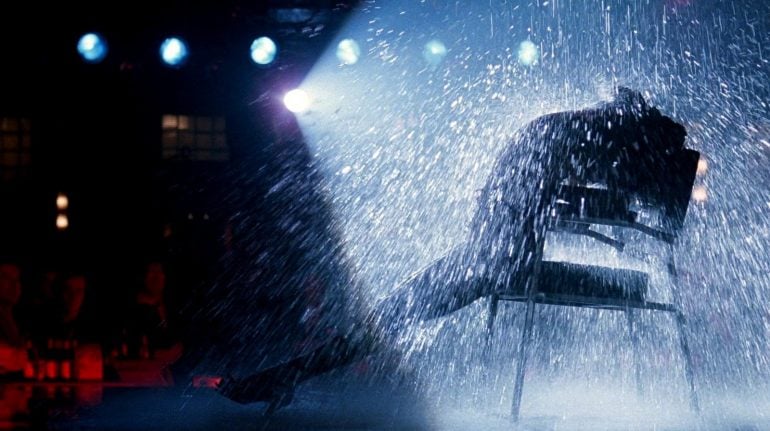 Flashdance: Take your passion and make it happen! (1983)

Something happens when she hears the music… It’s her freedom. It’s her fire. It’s her life. Flashdance — What a feeling. 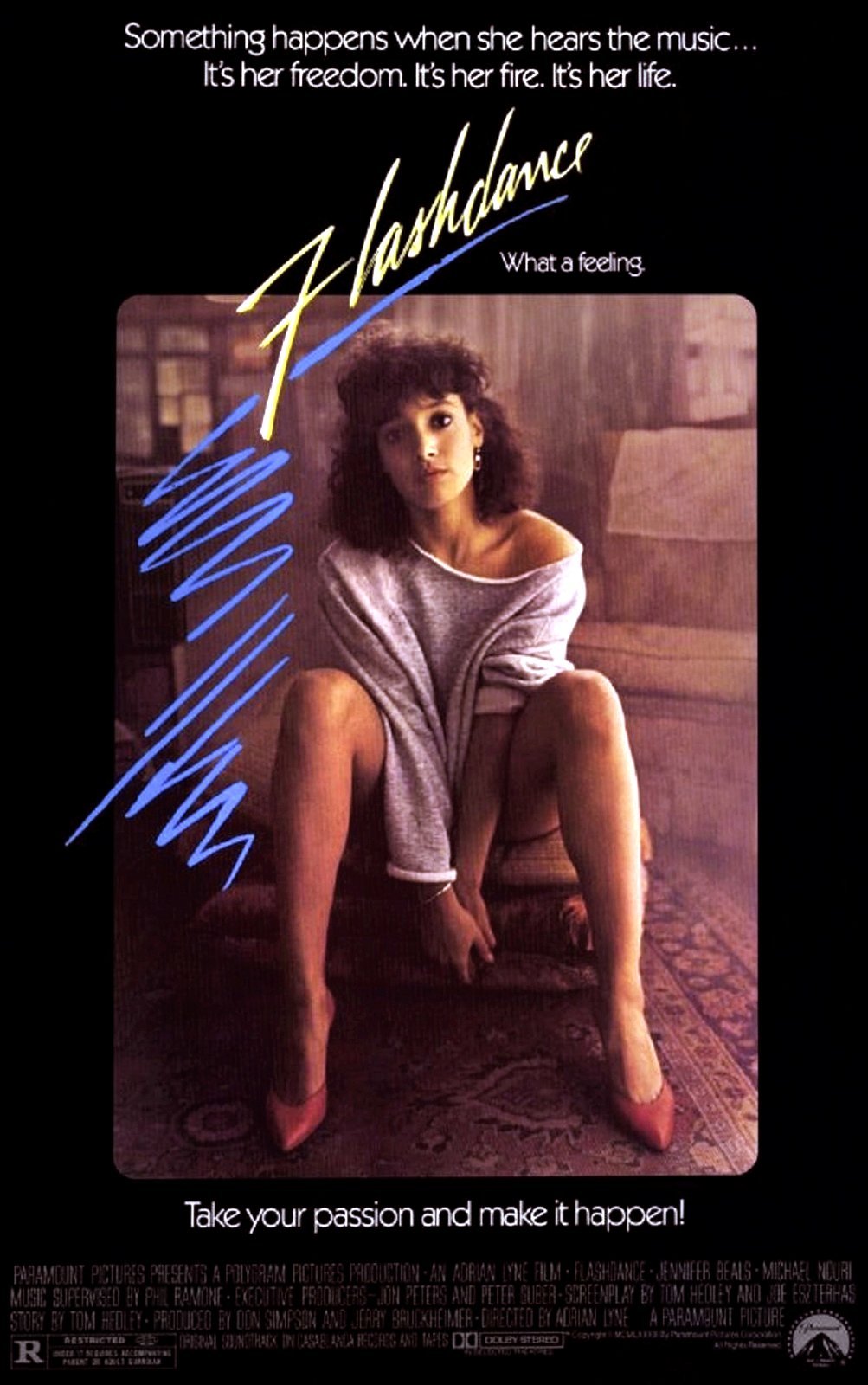 As a dance drama, it’s all flash and no dash

Adrian Lyne’s “Flashdance” widens the eyes. Equal pans of shamelessness, brainlessness, and perverse energy have been scrambled into a movie that’s laughable, preposterous and truly awful. Who says they don’t make movies like they used to?

This one is as good as any movie that you’re likely to find in a “best of the worst” film festival. It’s an automatic Golden Turkey, a “Rocky Horror Picture Show” with pretensions. It’s a damned mess, that’s what it is. 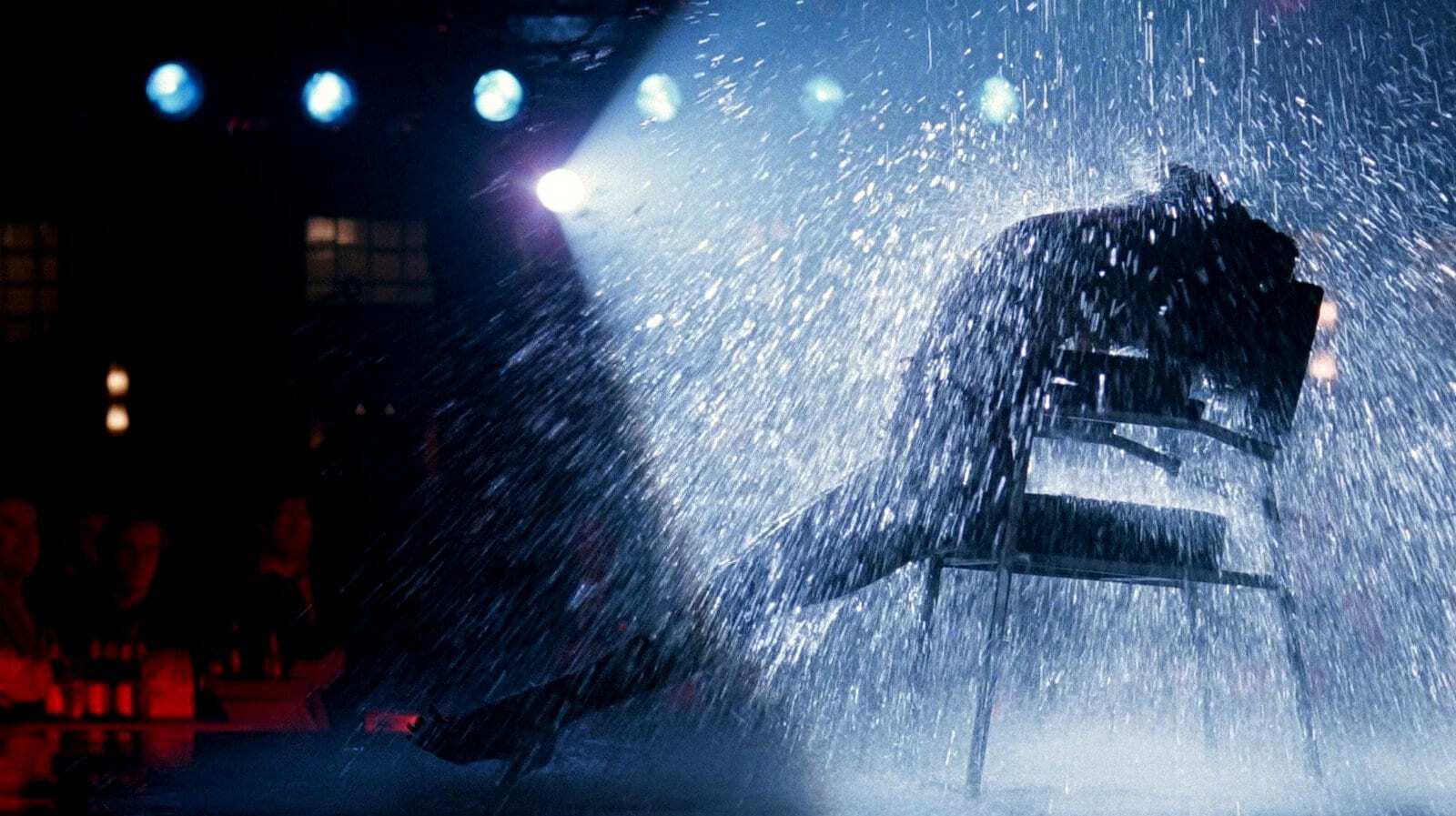 The theme in question is the one about “little people with big ambitions.” It’s a theme that dates back to the “working girl” movies of the ’30s that Joan Crawford and Glenda Farrell used to make, one that recently has been beaten to death in the blue-collar/ethnic trilogy, “Rocky,” “Saturday Night Fever” and “Fame.”

All of the films in this genre thrive on sincerity. Reality, or what passes for real life in these movies, is a matter of drudgery-with-a-Cinderella-ending, played by snappy young actors. The leading figure, in these movies always has fun.

Flashdance – What a Feeling, by Irene Cara (music video)

This time around, it’s newcomer Jennifer Beals’ turn to essay the role. Now get this: She plays 18-year-old Alex, a girl who looks like Bambi.

Alex, who has no signs of a family or even a past (did she ever go to high school?), works by day in a Pittsburgh factory as a welder, and by night in a shabby bar as a fairly stylish “flashdancer” (a kind of high-tech stripper who shimmies a lot instead of stripping).

Our heroine doesn’t have a mother or father, but there is a kindly old lady (her fairy godmother?) who serves as her mentor. 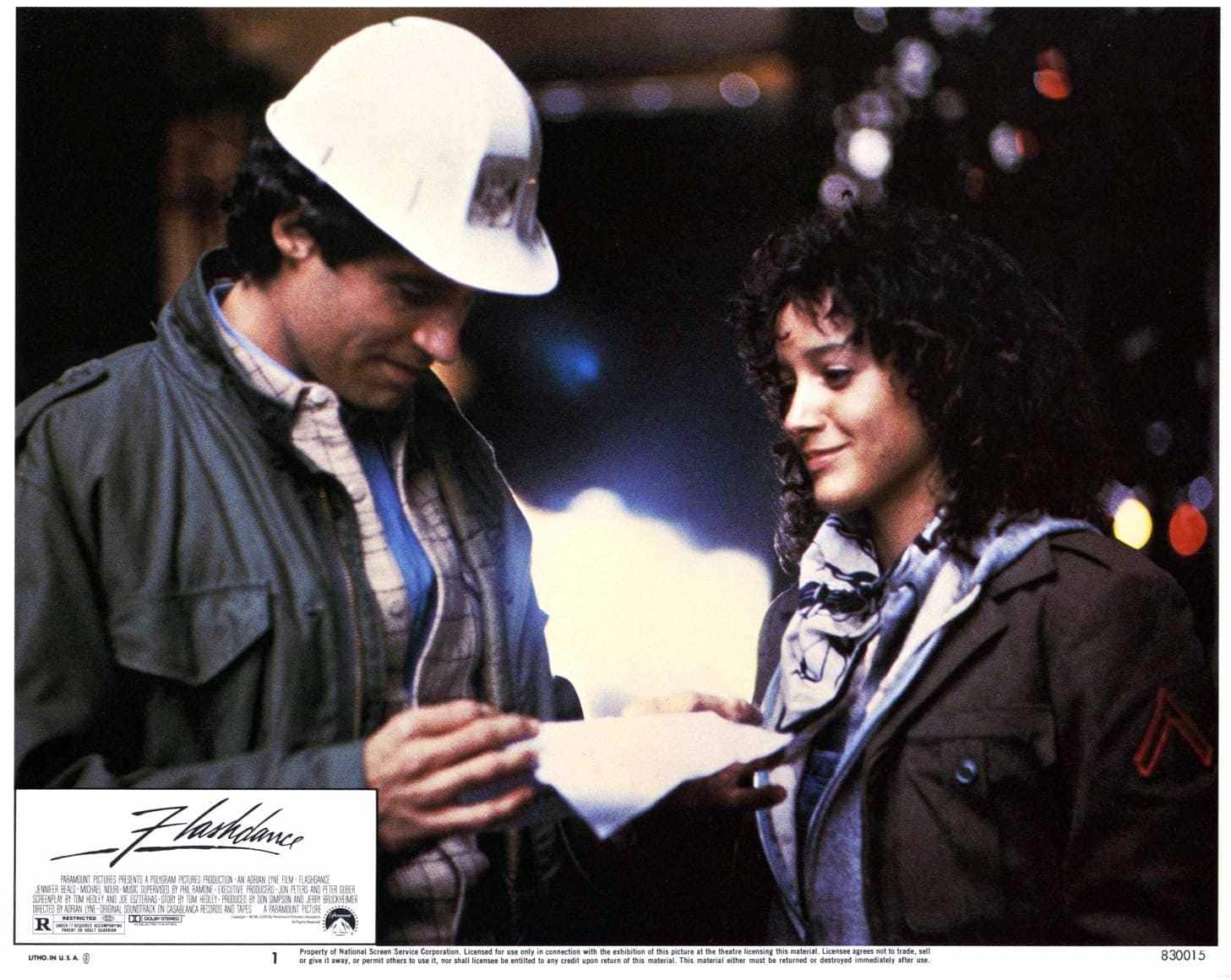 Alex does a lot of aerobic dance exercises in her fancy loft apartment, laughs and cries with her sweet friend Jeannie (sweet Sunny Johnson), who wants to be a fancy figure skater like Dorothy Hamill, dreams about becoming a member of the Pittsburgh Repertory dance company, and falls in love with her boss (Michael Nouri).

“Flashdance” is a fantasy made for teenage girls exclusively. No parents. No. money problems. Only dreams and a trendy apartment.

“Flashdance” is a slumber party tale. Its already familiar plotline has been edited down to almost nothing because the film’s producer, Polygram Pictures, is more interested in music, and because its director is a former maker of commercials whose expertise is dazzling, pointless visuals rather than storytelling. Even the factory scenes have a Vogue look.

With “Flashdance,” director Lyne (“Foxes”) concentrates on flash and substitutes dance (and ice skating and street hijinks) for plot points. His film is always moving, and much of this movement (largely ritualized expressions of violence) would be electrifying if it had something substantial to bounce against. 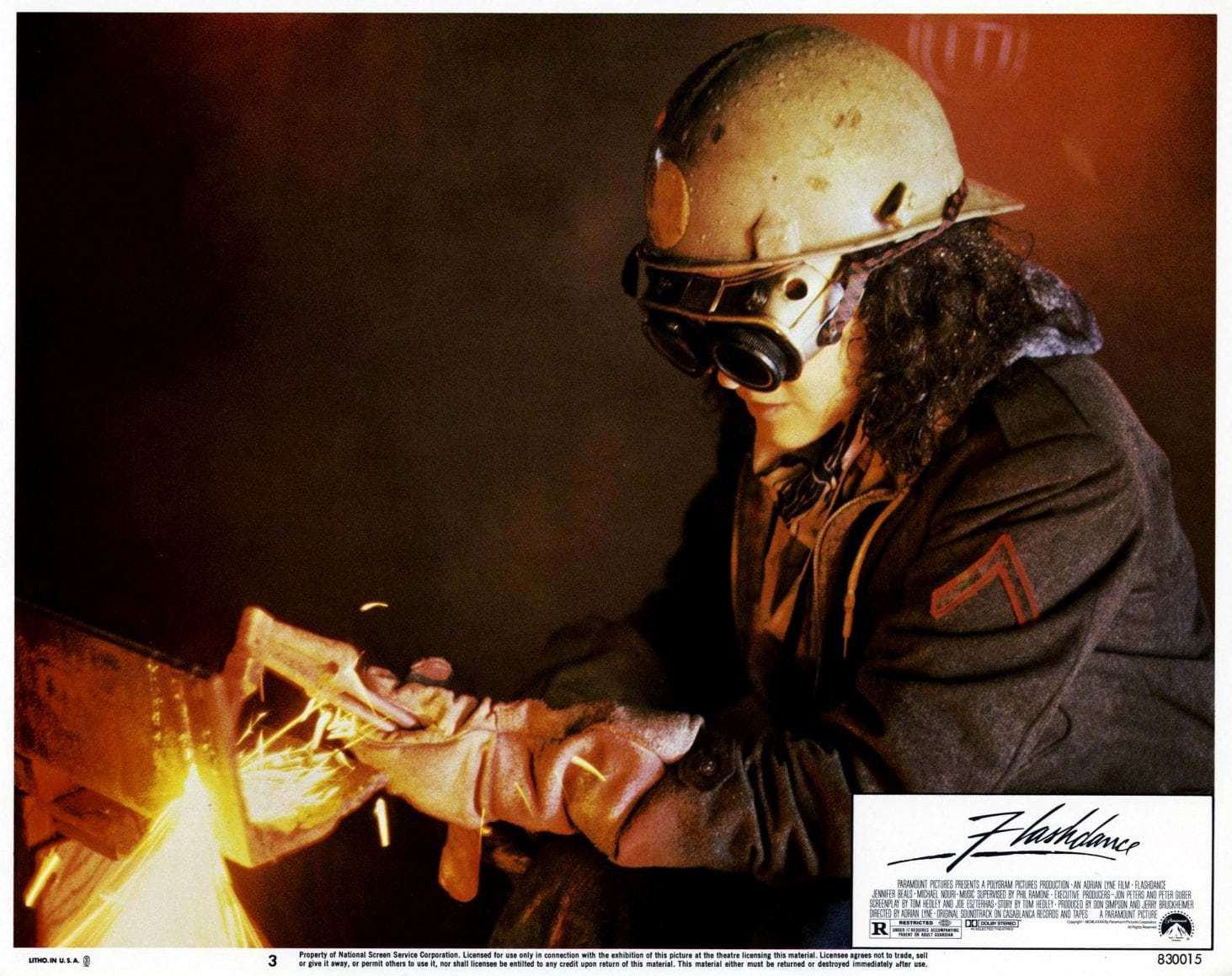 But a vital connection is missing here. We see Alex welding in the factory, then we see her dancing in the Mawbry Bar, then exercising, then ice skating with Jeannie. But we really don’t see her doing anything.

Like the movie that surrounds her, the character is all motion. Maybe that’s the point, although I doubt if anyone involved in this movie thought it out that carefully. 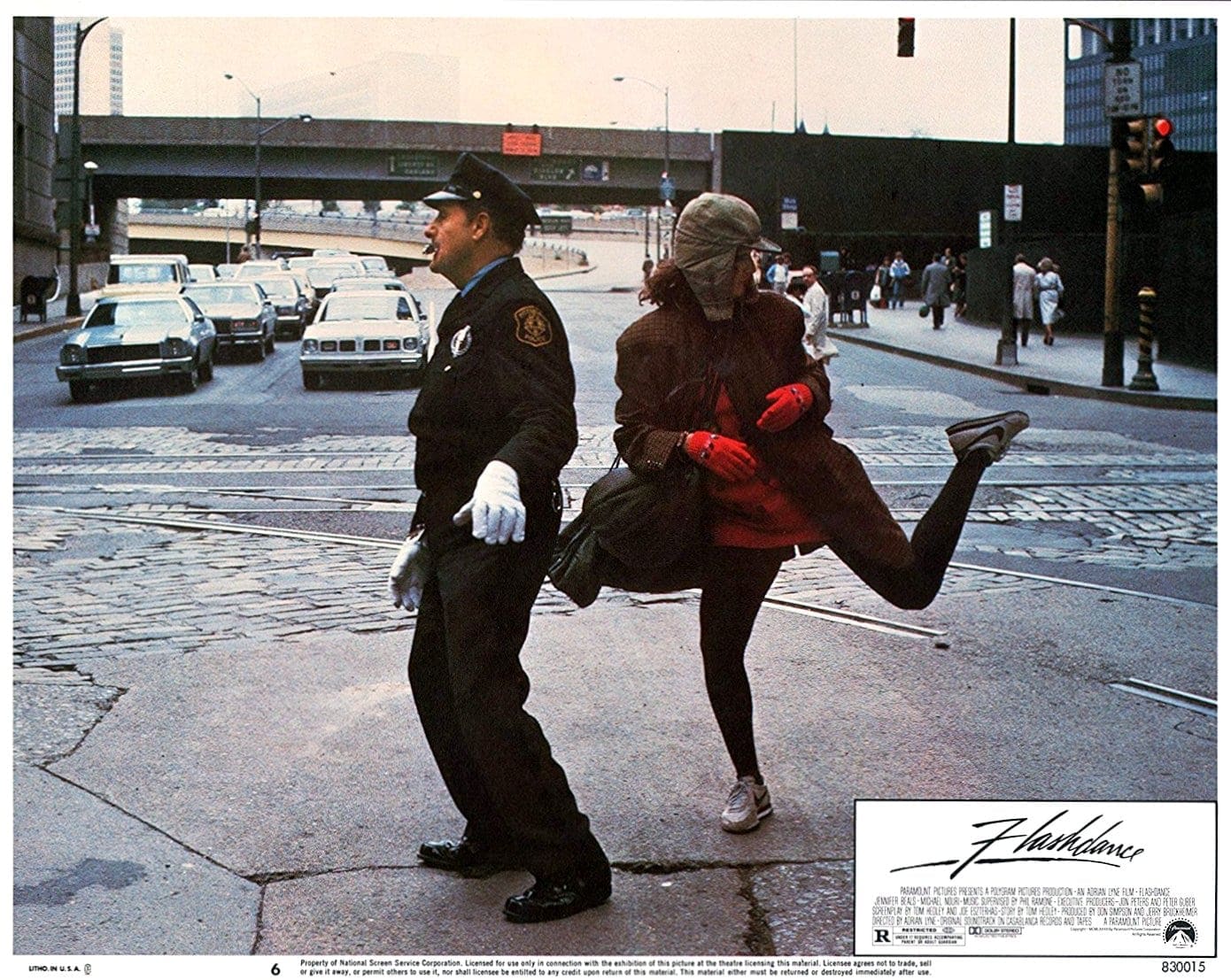 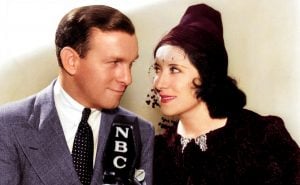 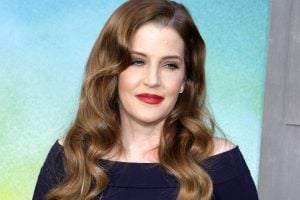 Lisa Marie Presley was figuring it out: Interview from 2005 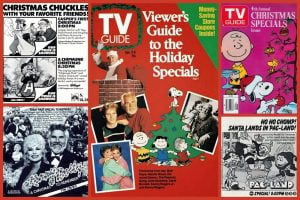