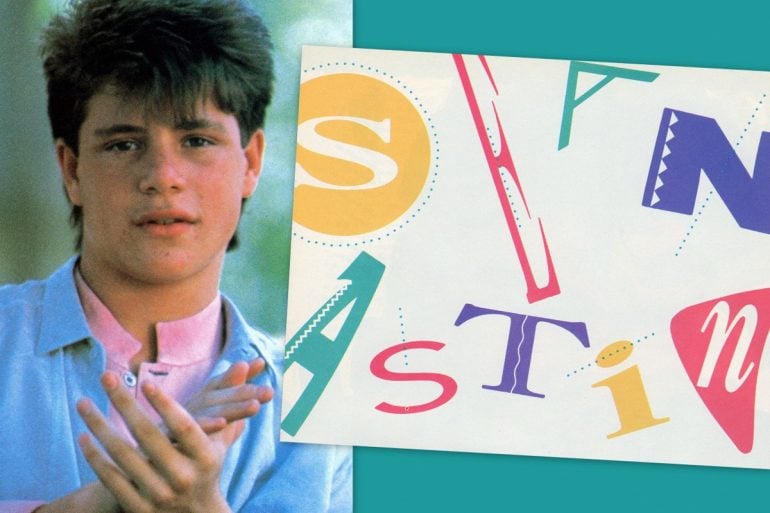 But he wasn’t just any actor — he was the son of actors Patty Duke and John Astin, brother of Mackenzie Astin, and close family friends with Desi Arnaz Jr., the son of Lucille Ball & Desi Arnaz.

Here’s a look back at Sean’s early career, from when he was just a teen!

Young Sean Astin: Acting’s all in the family

“It didn’t hit me that I was an actor until two years after I started acting,” says Sean Astin, relaxing at home after one of his “regular days” in high school. “In my family, it was just commonplace — something everybody does. I never thought, ‘Oh, wow, look… I’m an actor!'”

Maybe he didn’t think it, but not everyone knows it: Sean Astin is definitely following in his family’s footsteps.

The 16-year-old son of actors Patty Duke (The Patty Duke Show) and John Astin (The Addams Family) already has an impressive list of film credits of his own: the TV movie about child abuse, Please Don’t Hit Me, Mom, (which starred his mother), Steven Spielberg’s The Goonies, last summer’s White Water Summer (with Kevin Bacon) and the recent big-screen comedy Like Father, Like Son, in which he plays Kirk Cameron’s best friend. 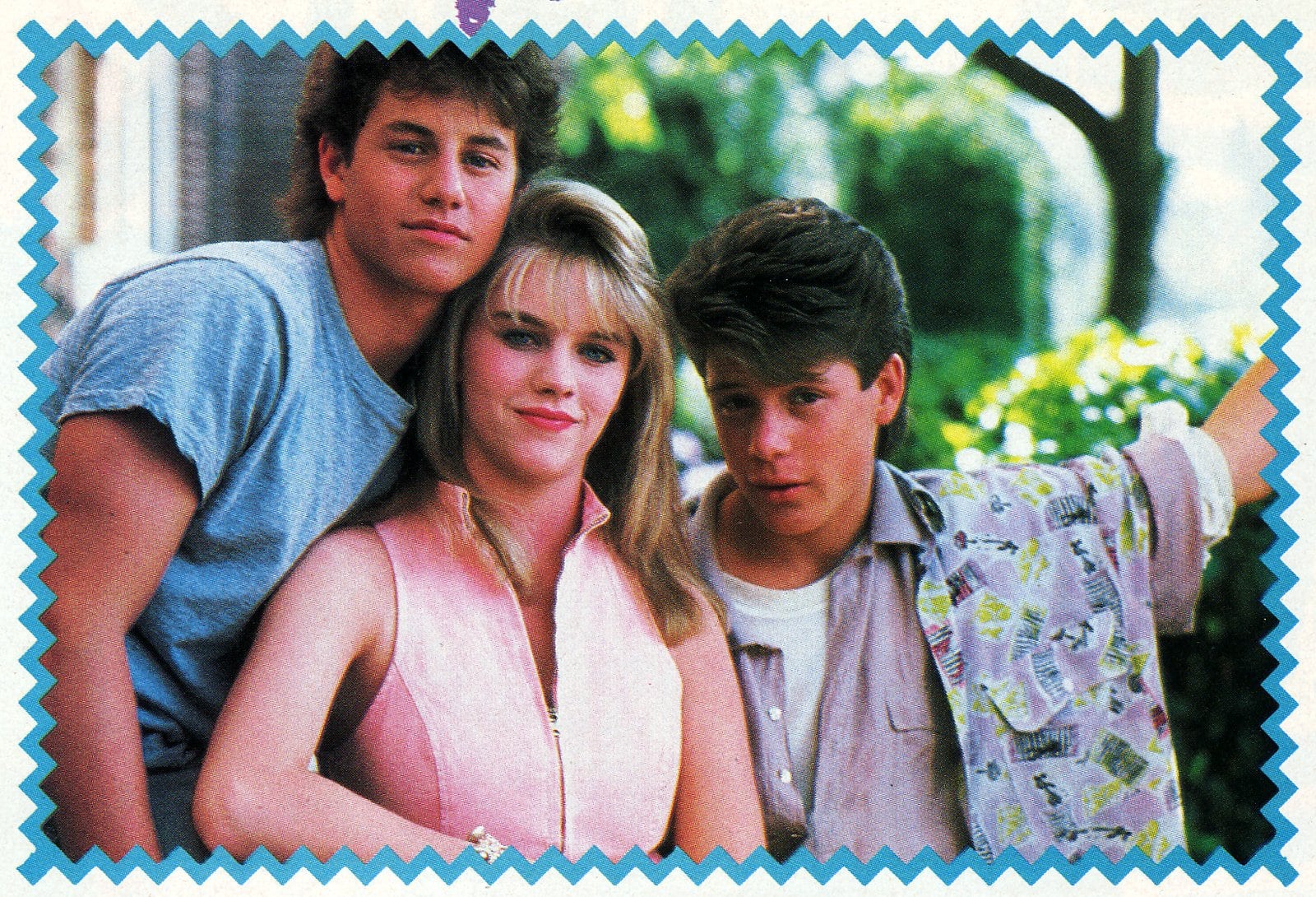 And last October, Sean filmed Boy’s Life, in which he plays Duncan, an alcoholic young man. The film stars Daphne Zuniga, and is due in theaters this spring.

The brown-haired teen, who describes himself as “perpetually ‘on,'” has already proved he has what industry insiders call “staying power” — the ability to get one job after another.

But he’s quick to credit his family (which includes younger brother Mackenzie, who stars in TV’s Facts of Life and last summer’s Garbage Pail Kids movie) with helping him get there.

“I wouldn’t be one-tenth as far in my career if it weren’t for my parents,” he says candidly. “They help me out a lot.”

Like the coaching he got from his mom for his role as an alcoholic. “It’s so easy to look fake, playing a drop-down drunk. She taught me how to act like you’re sober when you’re acting real drunk. A real drunk always tries to look sober, but isn’t.”

His role as trouble-making Trigger in Like Father, Like Son wasn’t such a stretch for Sean, who claims “my brother sometimes gets mad at me for being such a joker. Parts of me are like Trigger,” he reveals, then smiles.

“But it’s the part of you that never comes out because it’s better not to. Discretion usually covers up the Trigger in you.”

Although his White Water Summer movie was only released in the northwest USA – and, because of its poor box-office performance, probably won’t be released around the country – Sean is still pleased with his work on the film, which was shot over a three-year period.

“When you spend that much time on something, you’re proud of it,” he says. The film began shooting when Sean was 13 and required scenes to be reshot when he was 15 and 16. “It’s the chronicle of my life,” he jokes.

“It was done right when I was in the thick of puberty, changing all the time.” He adds, “I didn’t think the final version, which incorporated the old footage as flashbacks, was as bad as they did.” 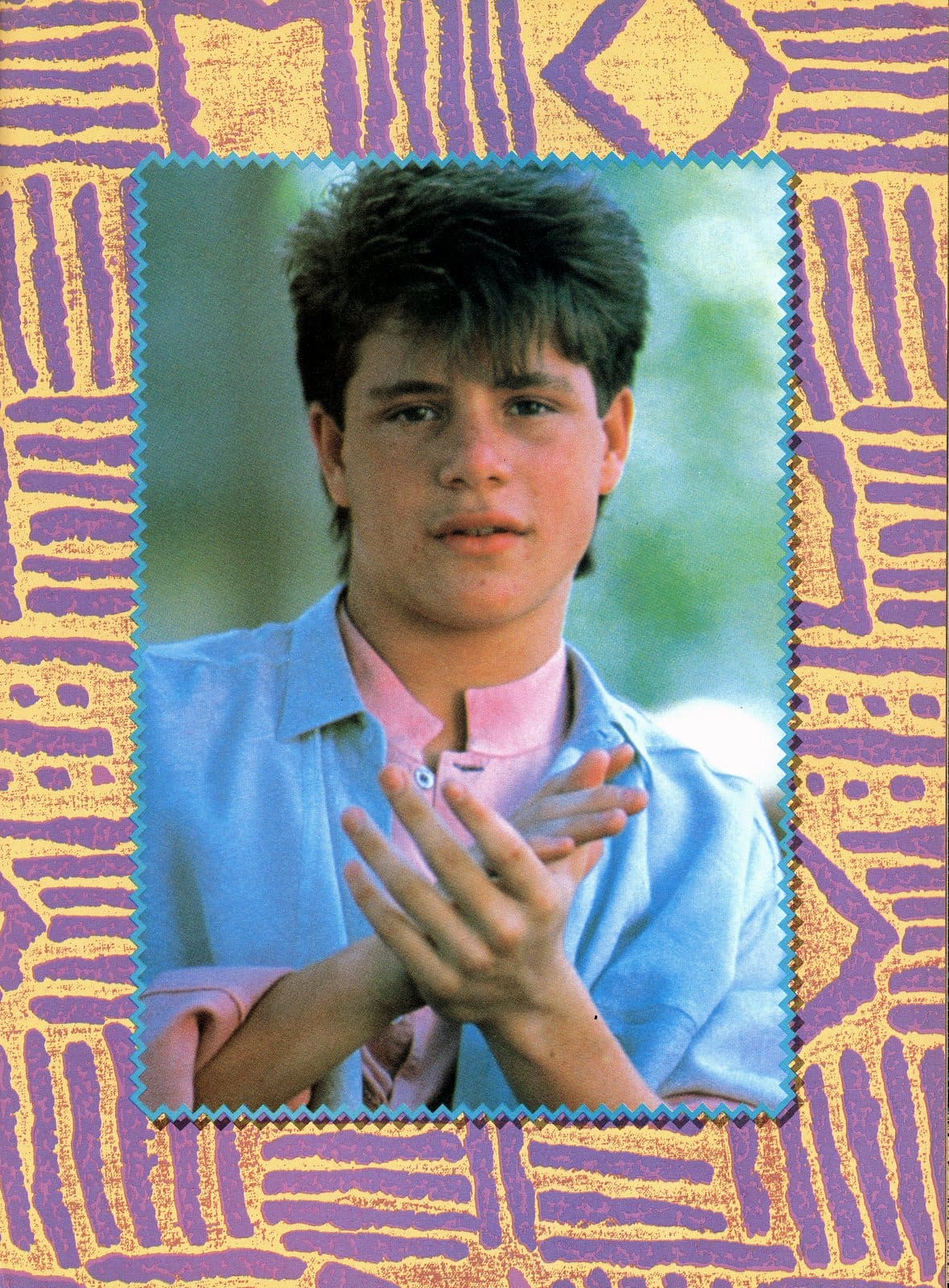 Born and raised in Los Angeles, Sean says he’s “a jack-of-all-trades… and a master of none. I’m the typical Southern California kid who likes skiing and going to the beach.”

When he’s not making a movie, he attends high school (he’s a junior this year) — and last summer he worked in a movie theater, “for $3.40 per hour, serving popcorn, selling tickets and ushering.”

He admits he’s interested in all aspects of the movie industry and would one day like to be a director. “Except, I hate saying that, because everyone’s saying that now,” he groans.

He plans to attend UCLA film school, but in the meantime, he’s busy making films of his own.

“I’ve gone on the set with my dad when he’s directing, and I’ve really focused on trying to learn everything that gets done on a set,” says Sean.

“On a lesser level, I write little stories that I do with a 16-mm camera. I’ve started my own company, Astin Productions,” he says with a laugh. “It’s not anything like Eddie Murphy Productions, but it’s a start.”

He’s currently working on a film by himself that he reveals “will take more than a year to make and lotsa bucks.” He’s got good help, though… one of his advisers is the cameraman from The Goonies.

“I’ll never abandon the acting, though,” he says quickly. “Where else can you jump out of being yourself and into someone else? I can be a kind of chameleon, changing colors, changing roles.”

And, of course, carrying on the family tradition. 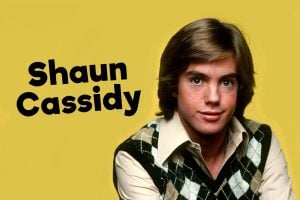 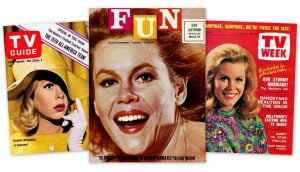 Elizabeth Montgomery: Find out about the Bewitched actress, plus see 25 classic photos of this shining star 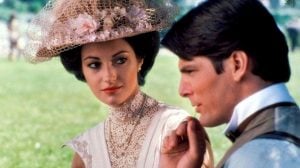 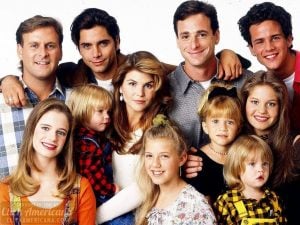