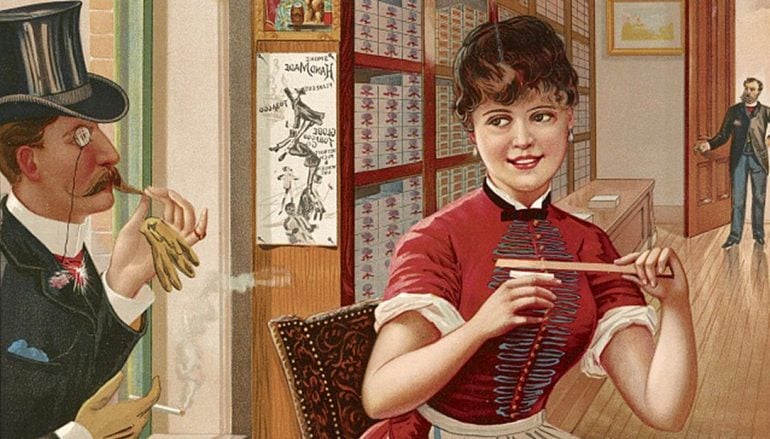 There is no use in making any bones about it: Cigarette smoking is on the increase among the women of [New York] city.

American women have been somewhat slow in taking up the habit — which is rather to their credit than otherwise. Those who use cigarettes now, most of them, got a start in some foreign country.

The smokers are divided into two classes — the bohemians, who smoke openly, and the women of wealth, leisure, and position, who indulge in a seductive puff in private. 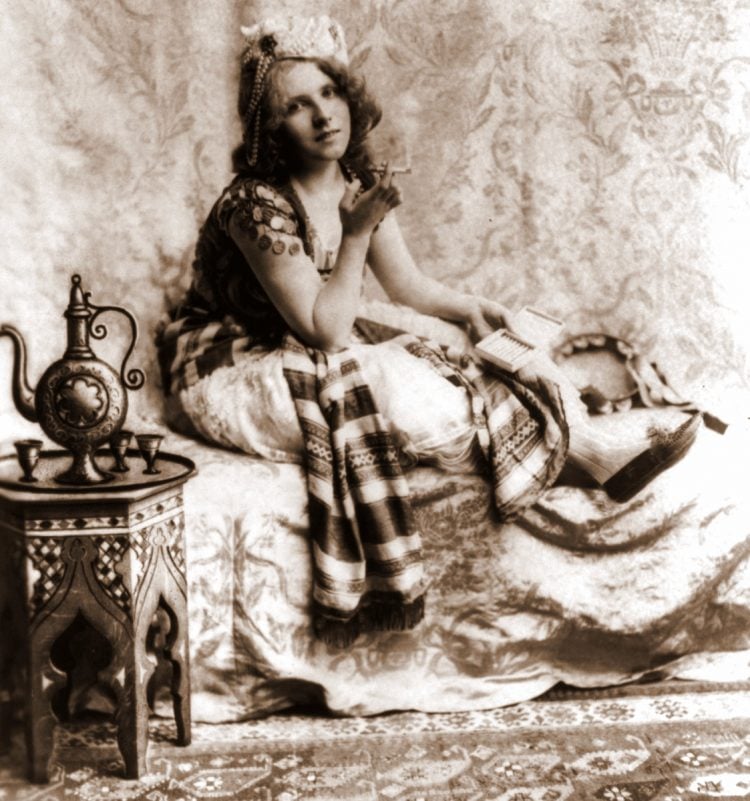 In speaking of the actual use of cigarettes by women, a dealer who has occupied the same stand on Broadway for twenty-two years said:

“Women smokers are undoubtedly increasing at a very rapid rate. I’ve been here over a score of years now, and when I first set up, I used to be surprised when a woman came in and bought a package of cigarettes, it was such a rare thing.

“Now, every few minutes a woman or girl drops in and buys a supply. In fact, tobacco dealers are catering for women’s trade as much as for men’s. More so, because we have men’s secured.

“Some people have an idea that one should fight shy of a woman who smokes. Such people are grossly ignorant. Some of the best women in New York use cigarettes. In fact, dealers divide women cigarette smokers into two classes — the very, very good and the very very bad, the smokers of good social position, and the smokers of no position at all, the outcasts of society.

“Working women in America do not smoke. A great many well-to-do women have their cigarettes made to order, stamped with their monograms and crests, and tipped with gold or silver. These never give their orders personally, but do so through their husbands, brothers, or servants.

“And these women do not smoke to excess. A hundred cigarettes usually last them for ten days. I should say that they averaged about six a day, and, as a mild Turkish tobacco is used and the cigarettes are very small, that is really doing very little smoking. 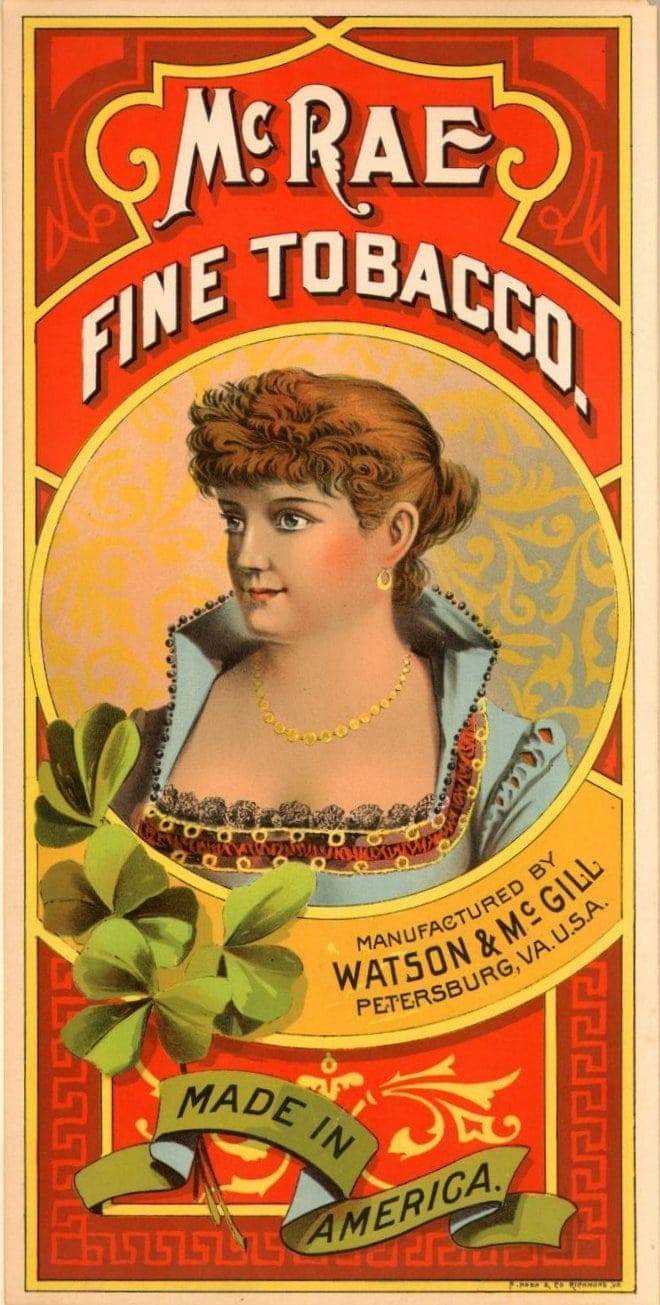 The “benefits” of tobacco

“For my part, I think if women smoked more, we would hear of less indigestion and dyspepsia among the sex, and if a woman smokes at home among her friends, I can’t see any objection whatever.

“Tobacco, I’m sure, aids digestion if taken in moderation after a heavy meal. American women will never smoke in public, I think, and neither will they smoke to excess. Where we used to have one woman customer who smoked fine cigarettes made especially for her, we now have twenty, and this number increasing.”

Another dealer, who bus perhaps the most fashionable trade in the city, was of the same opinion. He is a Greek and was brought up in Turkey. He thinks that at last American women are becoming civilized enough, according to his view of the matter, to use cigarettes, and says so in very quaint English.

“Oh, yes,” he said, “American women are learning how to smoke at last. It is so strange that you people who have so much liberty in everything else would not allow your women to smoke until now. It is good for them, that is if they smoke cigarettes made of Turkish tobacco.

“If your American tobacco has 50 percent of nicotine in it, Turkish has only 1 percent. In Turkey, nearly every woman smokes, and they live to be very old — almost a hundred.

“To those who do not smoke, the doctors say, ‘Smoke — it will do you good,’ and I think the American women are beginning to find that out. In foreign countries, where the women all smoke Turkish tobacco, you never heur of a man or woman dying or losing his mind from cigarette smoking; but here nearly every paper tells of one.

“I think it is the smell of the American tobacco that drives them mad. See,” he went on, opening a case and showing thousands of cigarette papers done up in packages of from one to five hundred, “these are nearly all for my women customers.” 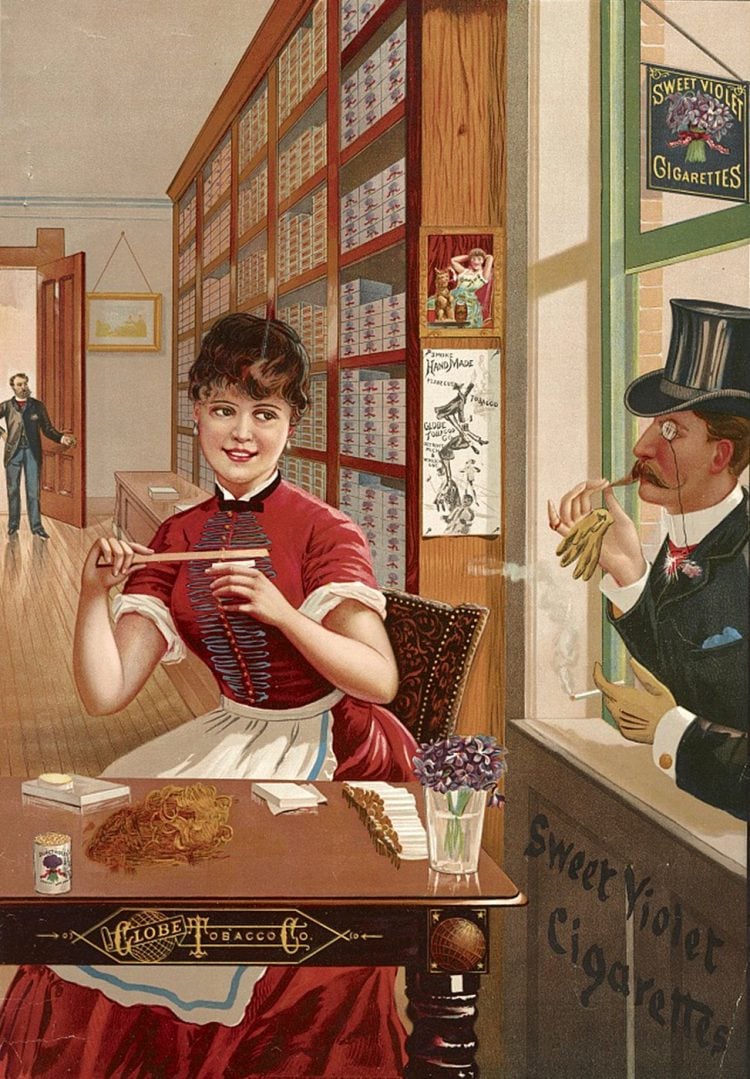 What do the ladies smoke?

“What kind of cigarettes do most women smoke?” asked the reporter.

“You see they are thinner than those for men,” he answered, opening a box bearing a monogram and crest. “And women like very mild tobacco with lots of aroma. They are called Egyptian cigarettes, but they are made of Turkish tobacco.

“We make them stamped in gold and with a gold tip for $2.50 a hundred. But all women cannot afford to have their cigarettes made to order, so they smoke ordinary Egyptians at 20 cents a package. Then lots of women smoke American cigarettes at 5 and 10 cents a package,” he added, with a shrug.

ALSO SEE
When King's Tut's tomb was first opened, how the world reacted to the wonders inside (1923)

Jewelers say they know that the use of cigarettes by women is rapidly increasing because there is such a demand for cigarette cases for women. They are made smaller and thinner than those for men. One firm reports that it sells, on an average, twenty such cases a week.

The cigarette-smoking mania is spreading rapidly in London among women. There, as here, for a long time, it has been confined to two classes those in society and those in the demi monde.

But now the women of the great middle class, on down to the flower girls in the street, are finding pleasure or solace, or whatever it is, that women get out of a little tobacco and paper in an after-dinner smoke.

ALSO SEE
Banned: Women not allowed to smoke in public (1908) 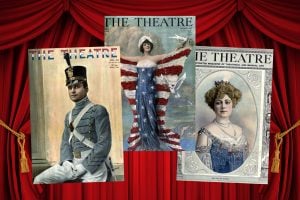 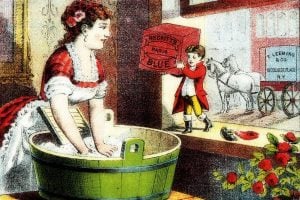 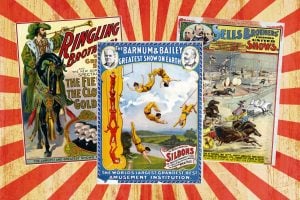 Vintage circus posters from the 1890s-1930s: Come one, come all to the greatest shows on earth! 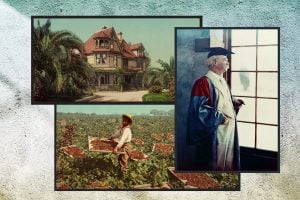