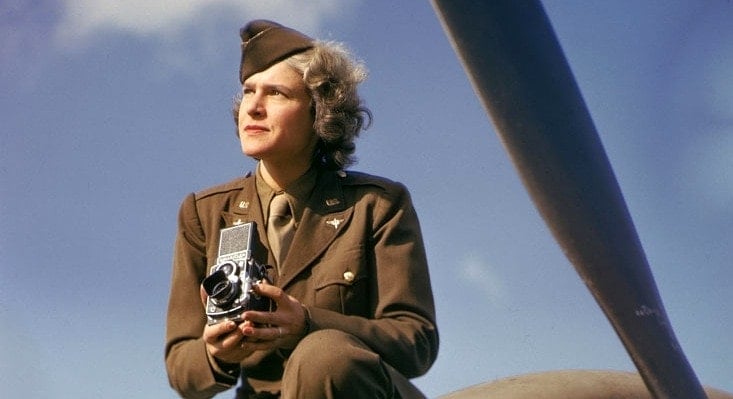 The women who cover today’s news 24 hours a day should snap a salute to their predecessors who covered World War II.

It wasn’t until then that large numbers of American female radio broadcasters, print journalists and photojournalists would produce countless news reports and photographs from stateside and overseas locales.

The war gave women a chance

In fact, 127 accredited American female war correspondents brought the sights, sounds and written descriptions of conflict back to civilians at home.

“The war has given women a chance to show what they can do in the news world, and they have done well,” said political reporter turned war correspondent May Craig to Women’s National Press Club members in 1944 in Washington.

While contemporary female journalists, such as the Washington Post’s Molly Moore, who covered the Persian Gulf War, routinely travel the globe to cover conflict, few female journalists worked national or overseas news desks prior to World War II. Although women journalists such as Jane Swisshelm (Civil War, 1861-65), Anna Benjamin (Spanish-American War, 1898), and Peggy Hull (latter part of World War I) had covered warfare in previous conflicts, their numbers were small. 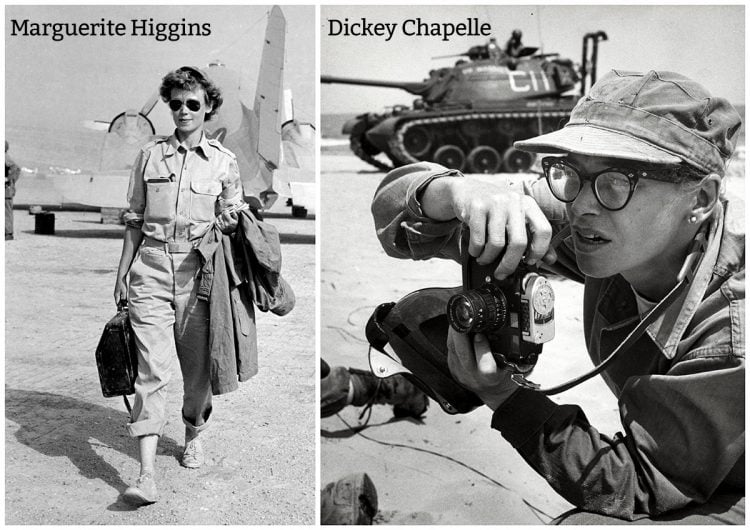 Going back to Colonial days

Ironically, a woman named Jose Glover of Cambridge, Massachusetts, owned the first printing press in the colonies. Though she was in operation by 1638, American women would wait almost 300 years until their participation in journalism became commonplace.

Increased education enabled more women to gain entry into American newsrooms at the turn of the 20th century. At that time, many female journalists specialized in writing about so-called women’s issues like child rearing, cooking and other domestic subjects.

After women gained the vote in 1920 via the 19th Amendment, more and more female journalists covered political news and elections across the country. Women also found it easier to join the journalism ranks during the liberal-minded “Roaring Twenties,” which crashed in October 1929 along with the stock market. 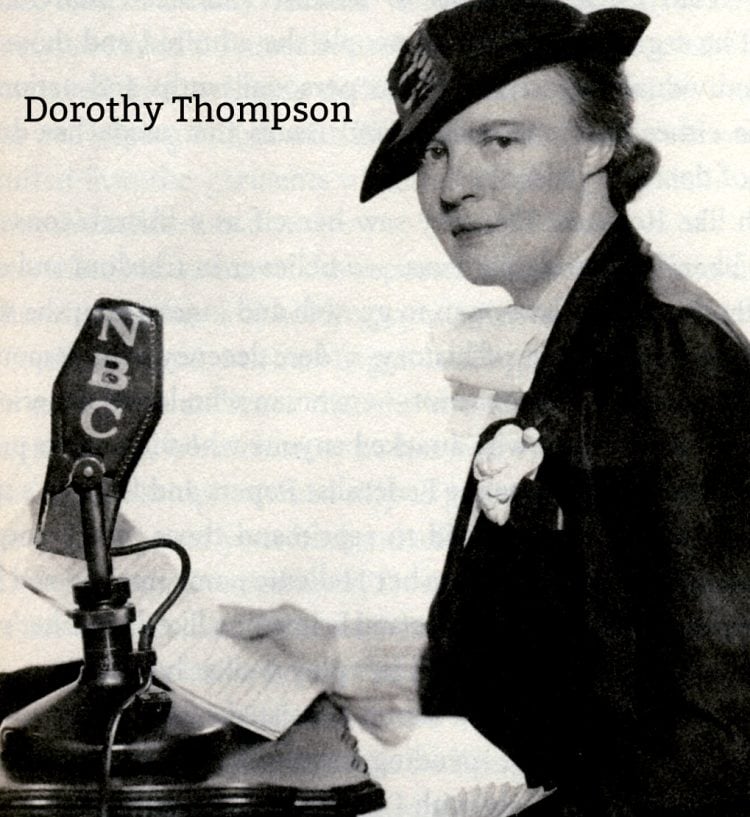 As the Great Depression cast a debilitating shadow over America’s economic and social landscape in the 1930s, many women journalists lost their jobs in favor of men.

Stepping up in support, first lady Eleanor Roosevelt instituted weekly women-only White House press conferences, causing news organizations to employ at least one female journalist. Many of these women would go on to become war correspondents.

Women who had gained more leverage in newsrooms began flexing their muscles in the 1920s and 1930s. Helen Reid, made a vice president of the New York Herald Tribune in 1924, used her influence to hire women writers, who began to cover more varied and important events.

In the early 1930s — and on both sides of the Atlantic — pundits and politicos debated the pros and cons of fascism in Europe.

Thompson, who viewed Hitler and his National Socialist followers as a threat to world peace, repeatedly warned her readers about them. Thompson was so effective at reporting the unsavory doings of the fascists that she was kicked out of Germany in 1933, when Hitler was appointed chancellor.

When America entered World War II after the Japanese bombing of Pearl Harbor December 7, 1941, female journalists and photographers were assigned as overseas war correspondents. Some notable correspondents include:

Margaret Bourke-White, hired in 1935 as the first female photojournalist for Life magazine, was also the first female American war correspondent and the first allowed to work in combat zones during World War II. Bourke-White covered the London Blitz, the Russian war effort, and various World War II battles. She also was one of the first photographers to enter and document the Nazi death camps. 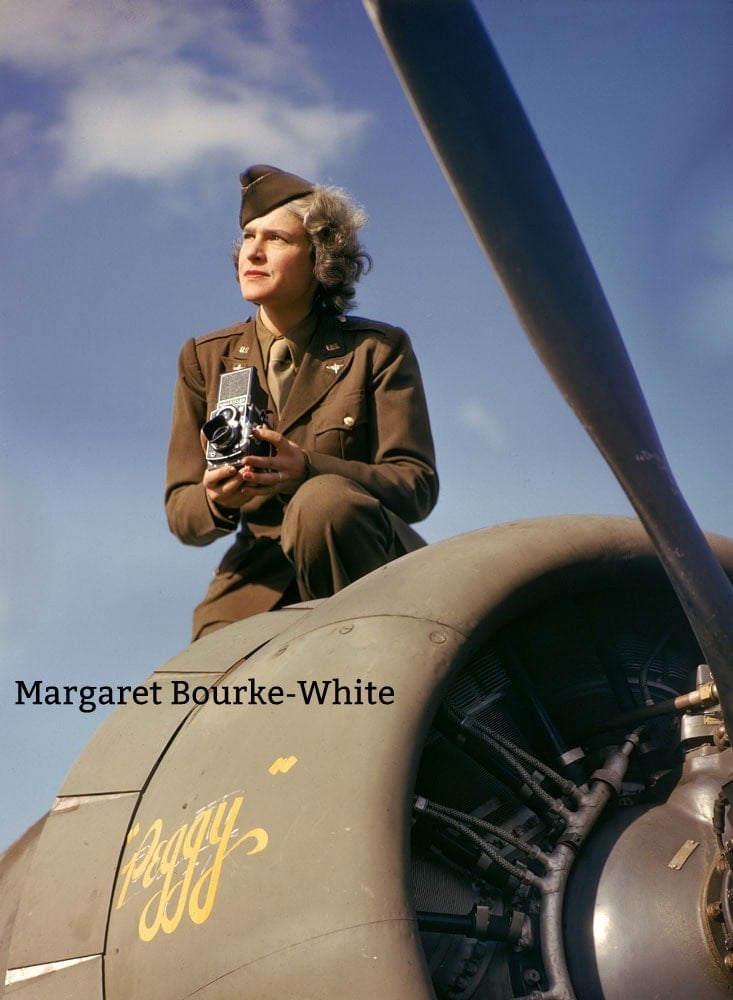 Marguerite Higgins, assigned to cover the Seventh Army in Europe during 1944 for the New York Herald Tribune, entered Berlin with allied troops and reported on Hitler’s demise. She later reported on the Korean War (1950-53) and won a Pulitzer Prize.

Higgins died from a tropical disease after covering American military involvement in Southeast Asia in 1965.

Georgette “Dickey” Chapelle, a pre-war barnstorming pilot and photojournalist, covered World War II for Look magazine. After editing Seventeen magazine in 1946, she and her husband documented the war damage in Europe.

Chapelle also covered conflicts in Algeria, Lebanon and Korea, and photographed Fidel Castro’s revolution in Cuba. While covering the Vietnam War in 1965, she was killed by a mine explosion.

Journalism in the post-WWII era 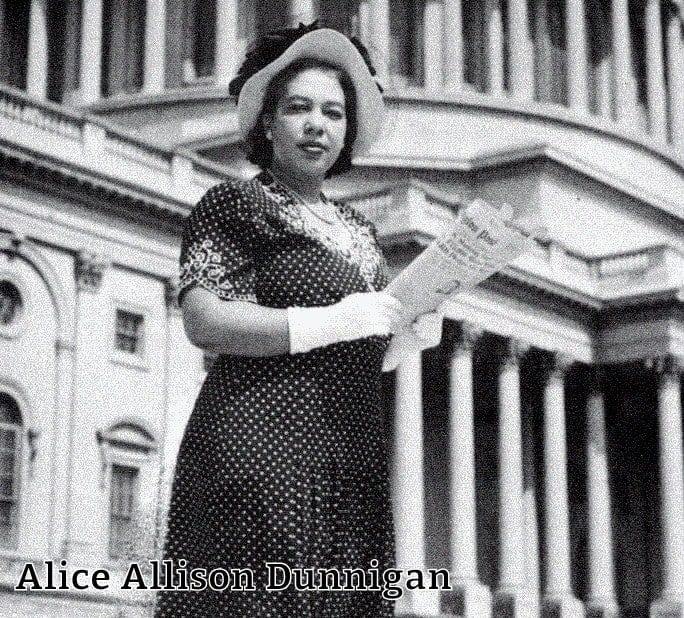 As a White House correspondent, Dunnigan traveled with President Harry Truman’s campaign train to California in 1948.

During the socially conscious 1960s, more women were moved to become journalists, while anti-discrimination legislation helped to remove residual corporate barriers. In the mid-1970s, many young female journalists adopted the look and style of television’s star news anchor Jessica Savitch.

While today’s famous female journalists — such as Katie Couric, Diane Sawyer, Ann Curry, Christiane Amanpour, Elizabeth Vargas and others — undoubtedly owe their careers to their hard work, talent and perseverance, the pioneering efforts of the women war correspondents of World War II definitely helped to open doors which were closed years ago.

As May Craig noted, those female World War II correspondents — like pioneers in other fields — made the most of the opportunities they were given.

ALSO SEE
Amelia Earhart disappeared in 1937 on her around-the-world flight, and was never seen again 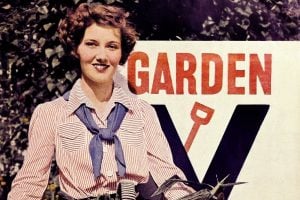