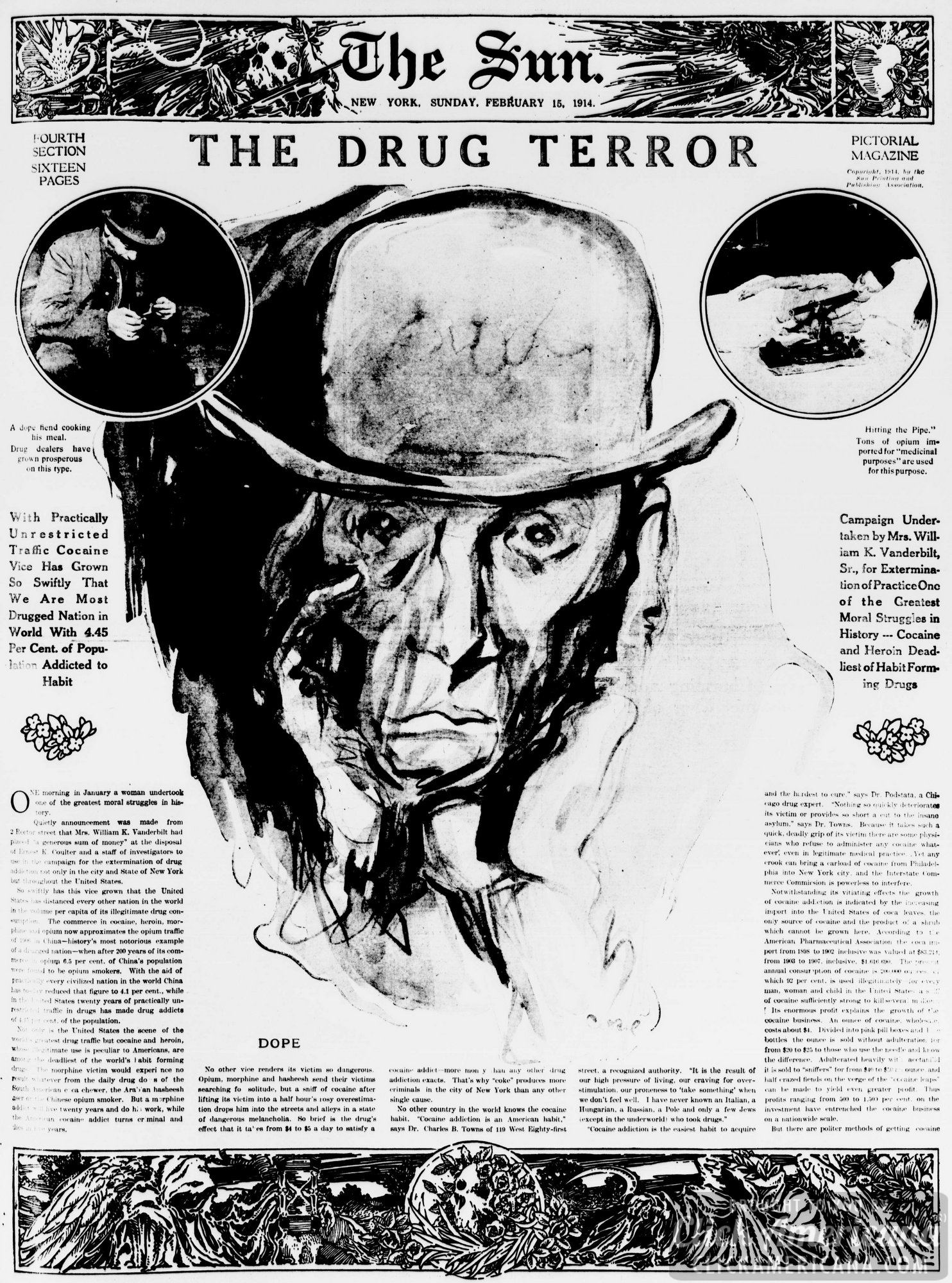 With practically unrestricted traffic, cocaine vice has grown so swiftly that we are most drugged nation in world, with 4.45 percent of population addicted to habit 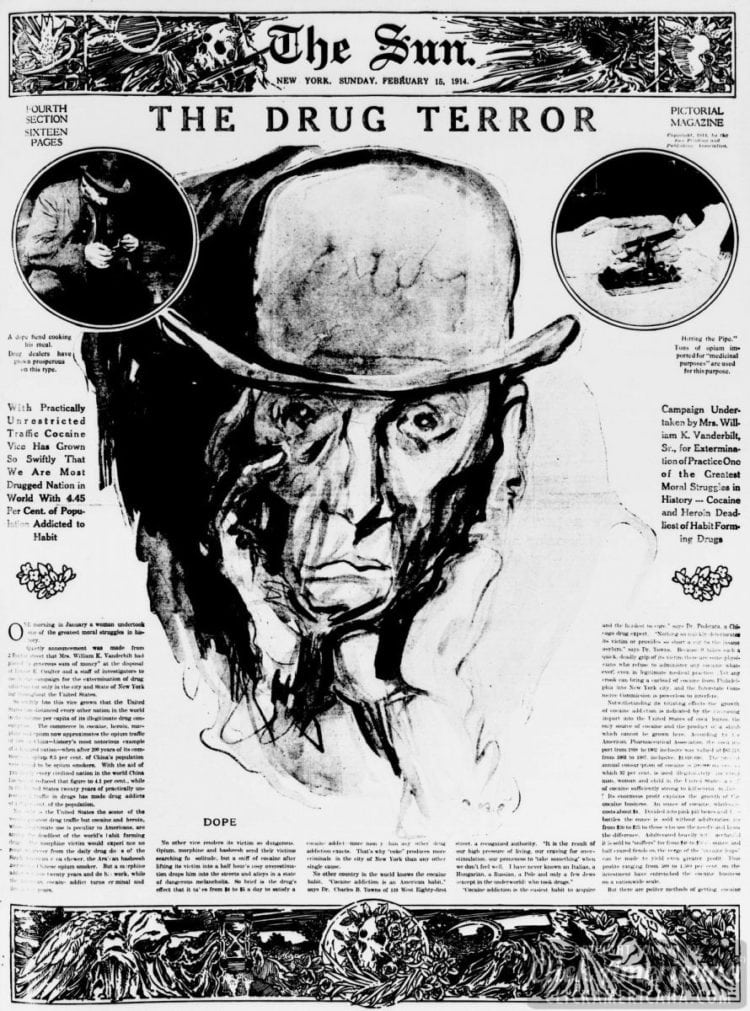 A campaign for the extermination of drug addition

One morning in January, a woman undertook one of the greatest moral struggles in history. 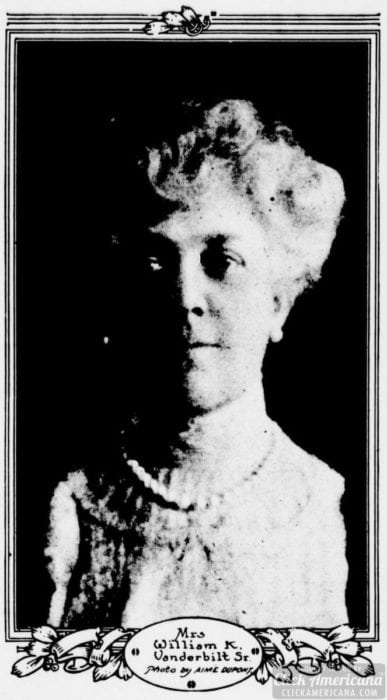 Quietly, announcement was made from 2 Rector street that Mrs William K Vanderbilt had placed “a generous sum of money” at the disposal of Ernest K Coulter and a staff of investigators to use in the campaign for the extermination of drug addition, not only in the city and state of New York, but throughout the United States.

So swiftly has this vice grown that the United States has distanced every other nation in the world in the volume per capita of its illegitimate drug consumption. The commerce in cocaine, heroin, morphine and opium now approximates the opium traffic of 1906 in China — history’s most notorious example of a drugged nation — when after 200 years of its commerce in opium, 6.5 percent of China’s population were found to be opium smokers. With the aid of practically every civilized nation in the world, China has today reduced that figure to 4.1 percent, while in the United States, twenty years of practically unrestricted traffic in drugs has made drug addicts of 4.45 percent of the population.

Not only is the United States the scene of the world’s greatest drug traffic, but cocaine and heroin, whose illegitimate use is particular to Americans, are among the deadliest of the world’s habit-forming drugs. The morphine victim would experience no result whatsoever from the daily drug dose of the South American coca chewer, the Arabian hasheesh user, or the Chinese opium smoker. But a morphine addict will live 20 years and do his work, while the American cocaine addict turns criminal and dies in five years.

No other vice renders its victim so dangerous. Opium, morphine and hashish send their victims searching for solitude, but a sniff of cocaine after lifting its victim into a half hour’s rosy overestimation drops him into tho streets and alleys in a state of dangerous melancholia. So brief is the drug’s effect that it takes from $4 to $5 [approximately $95 to $115 in 2015 dollars] a day to satisfy a cocaine addict — more money than any other drug addiction exacts.

That’s why “coke” produces more criminals in the city of New York than any other single cause.

No other country in the world knows the cocaine habit. “Cocaine addiction is an American habit,” says Dr Charles U Towns of 110 West Eighty-first street, a recognized authority. “It is the result of our high pressure of living, our craving for over-stimulation, our proneness to ‘take something’ when we don’t feel well. I have never known an Italian, a Hungarian, a Russian, a Pole and only a few Jews (except in the underworld) who took drugs.”

“Cocaine addiction is the easiest habit to acquire and the hardest to cure,” says Dr Podstata, a Chicago drug expert. “Nothing so quickly deteriorates its victim or provides so short a cut to the insane asylum,” says Dr Towns.

“A quick, deadly grip of its victim”

Because it takes such a quick, deadly grip of its victim, there are some physicians who refuse to administer any cocaine what ever, even in legitimate medical practice, Yet any crook can bring a carload of cocaine from Philadelphia into New York City, and the Interstate Commerce Commission is powerless to interfere.

Notwithstanding its vitiating effects, the growth of cocaine addiction is indicated by the increasing import into the United States of coca leaves, the only source of cocaine and the product of a shrub which cannot be grown here. According to the American Pharmaceutical Association, the coca import from 1808 to 1902 inclusive was valued at $83,214; from 1903 to 1907 inclusive, $1,616,690.

The present annual consumption of cocaine is 200,000 ounces, of which 92 percent is used illegitimately for every man, woman and child in the United States; a sniff of cocaine sufficiently strong to kill several million.

Its enormous profit explains the growth of the cocaine business. An ounce of cocaine, wholesale, costs about $4. Divided into pink pill boxes and blue bottles, the ounce is sold without adulteration for from $20 to $25 to those who use the needle and know the difference.

Adulterated heavily with acetanilide, it is sold to “sniffers” for from $40 to $50 an ounce, and half-crazed fiends on the verge of the “cocaine leaps” can be made to yield even greater profit. Thus profits ranging from 500 to 1500 percent on the investment have entrenched the cocaine business on a nationwide scale.

But there are politer methods of getting cocaine than consorting with crooks. “The widespread use of cocaine in the comparatively short period of time since its discovery,” says Dr Towns, “has been brought about by patent preparations containing small quantities of it.”

During its first few years, cocaine addiction spread through the wide sale of “catarrh cures” which contained from 2 to 4 percent of cocaine. … Not only did these “cures” introduce many persons into depths of cocaine addiction, but they pointed the way to a method of taking cocaine easier than by hypodermic.

For s time, it became the practice to fill with the “cure” a small bottle through the cork of which had been inserted two tubes, one of which was placed in the mouth and the other in the nostril; a puff from’ the mouth did the rest. Later it became the custom to sprinkle the “cure” on the back of the hand and either to touch it to the tongue or to sniff it onto the mucous membrane of the nostrils. Thus the deadliest of all vices became the simplest to begin. 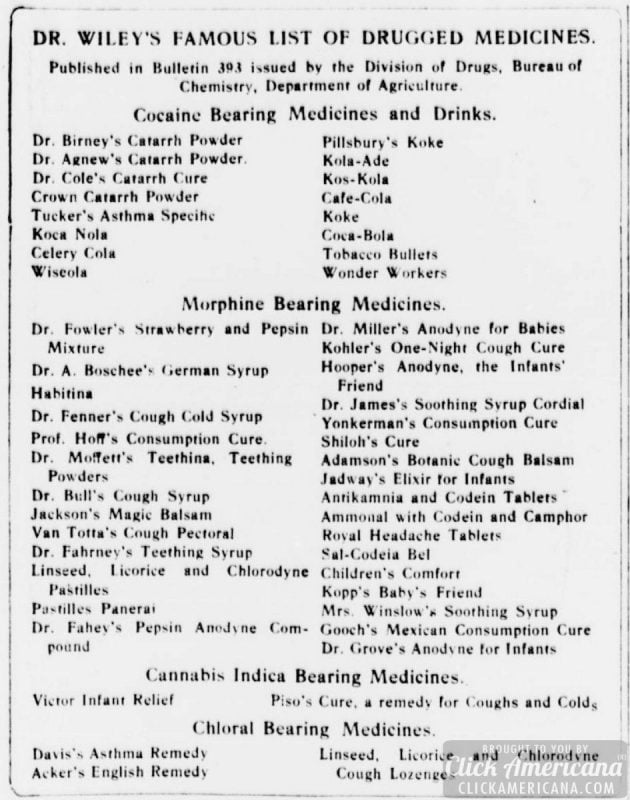 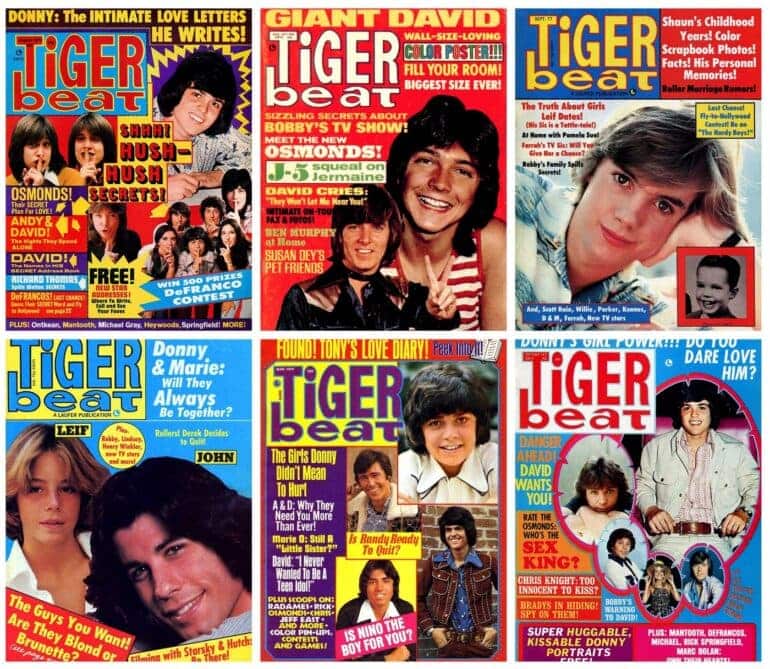 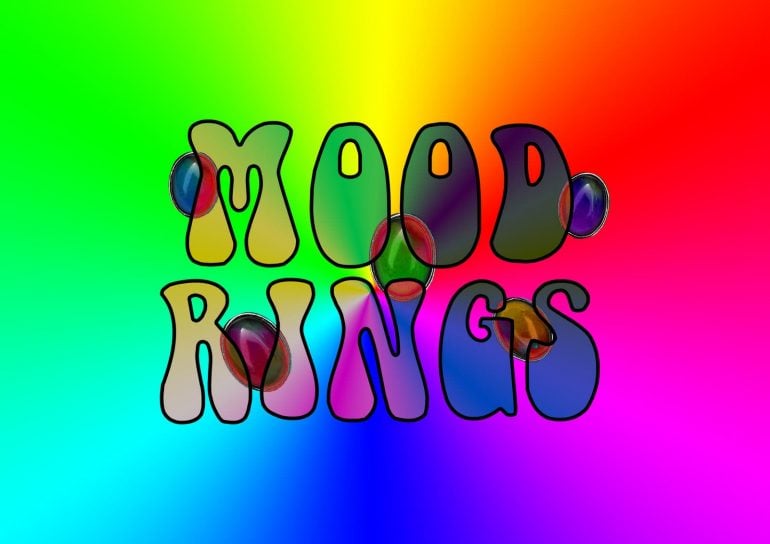 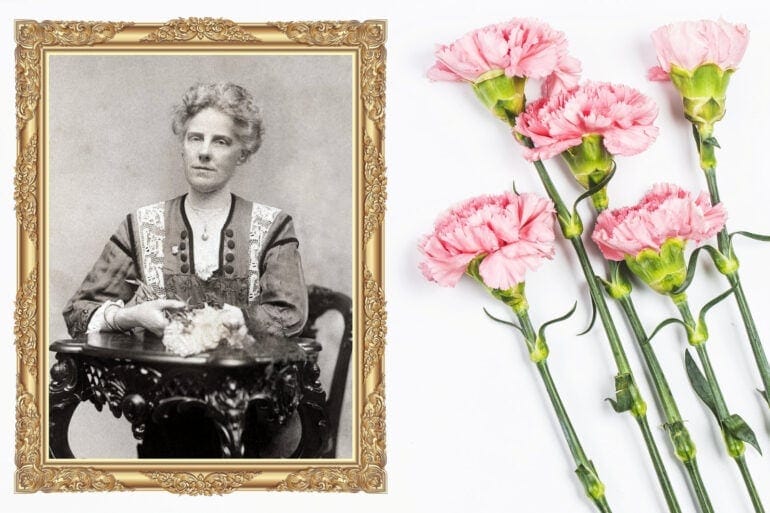 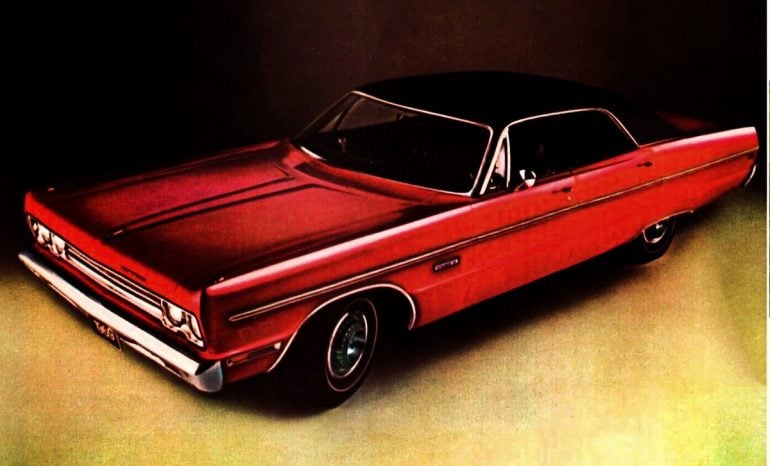 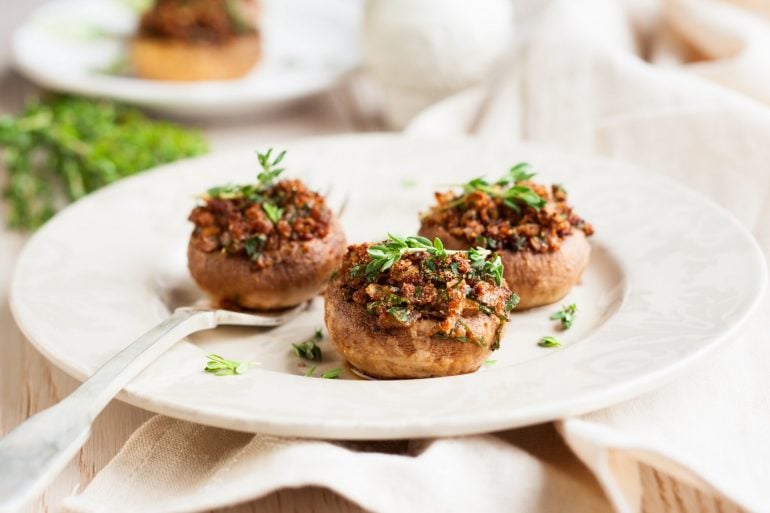 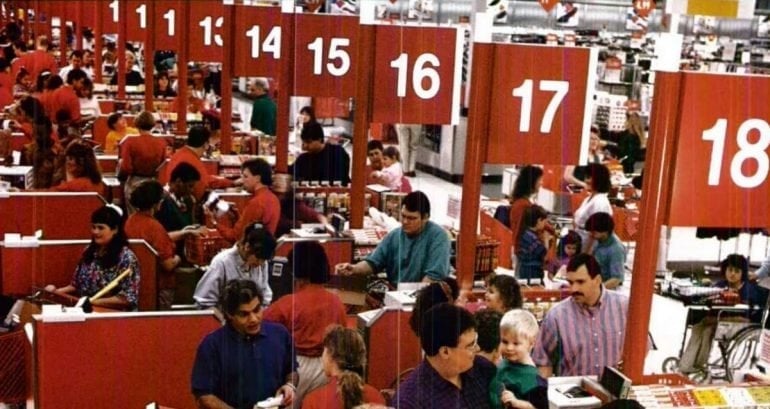 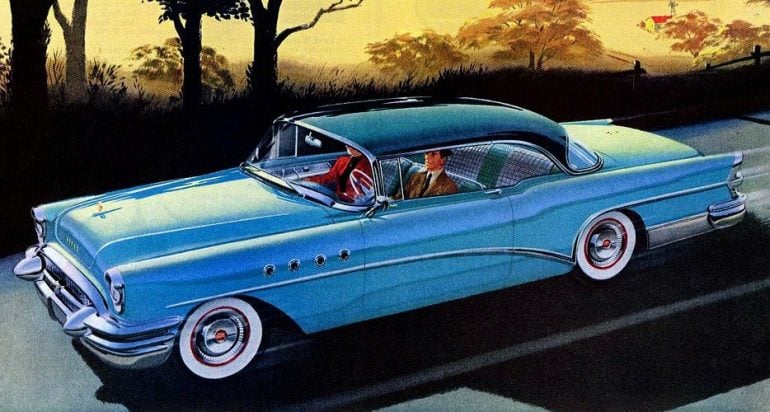 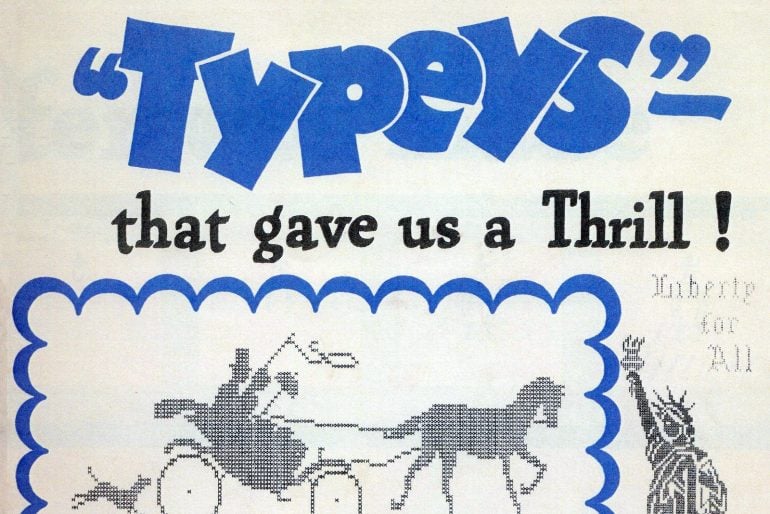 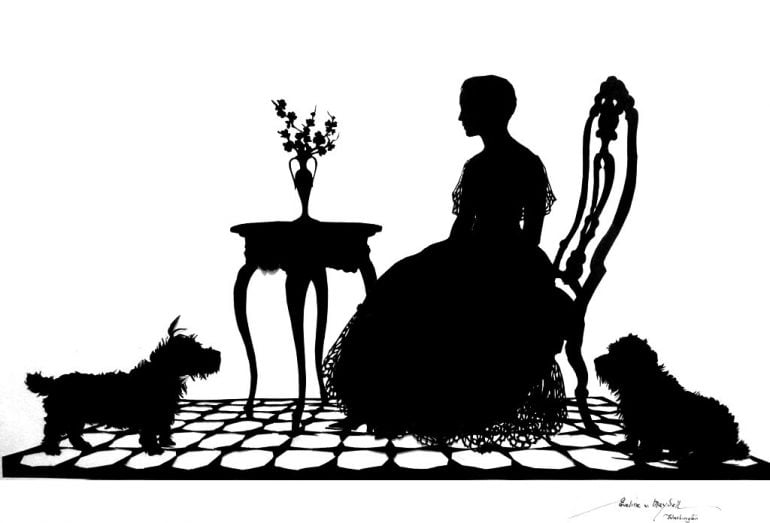 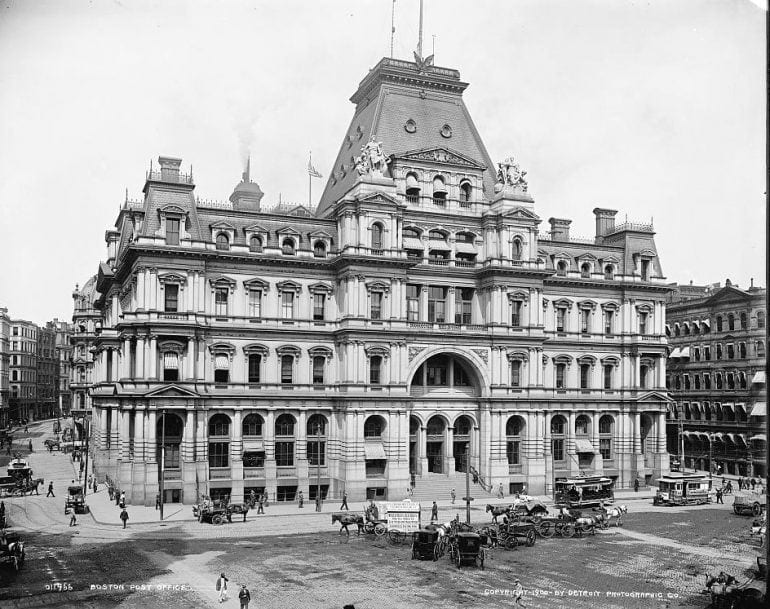 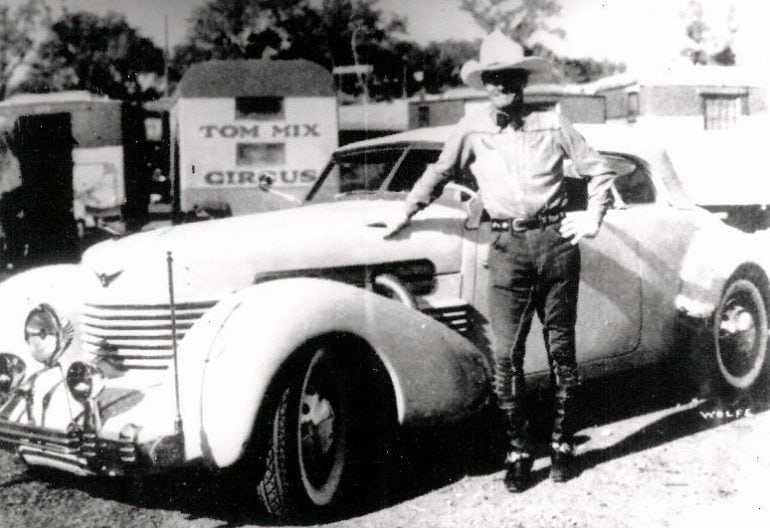 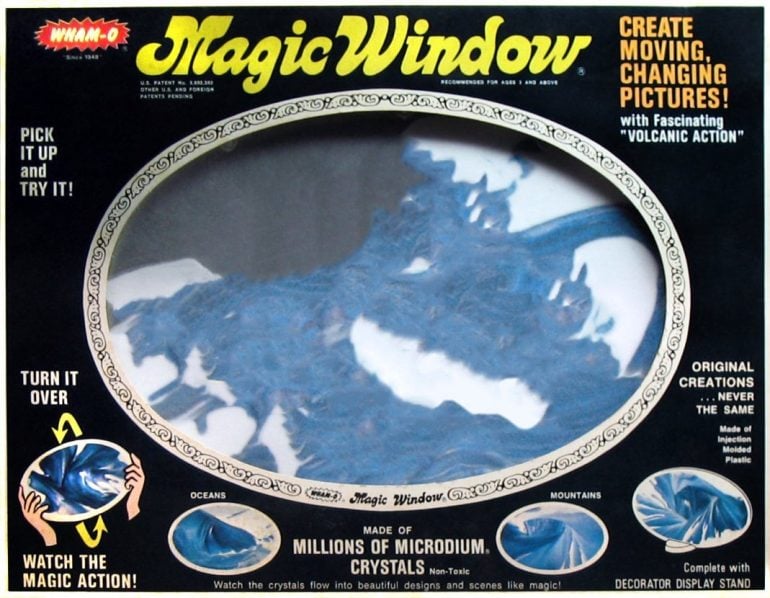 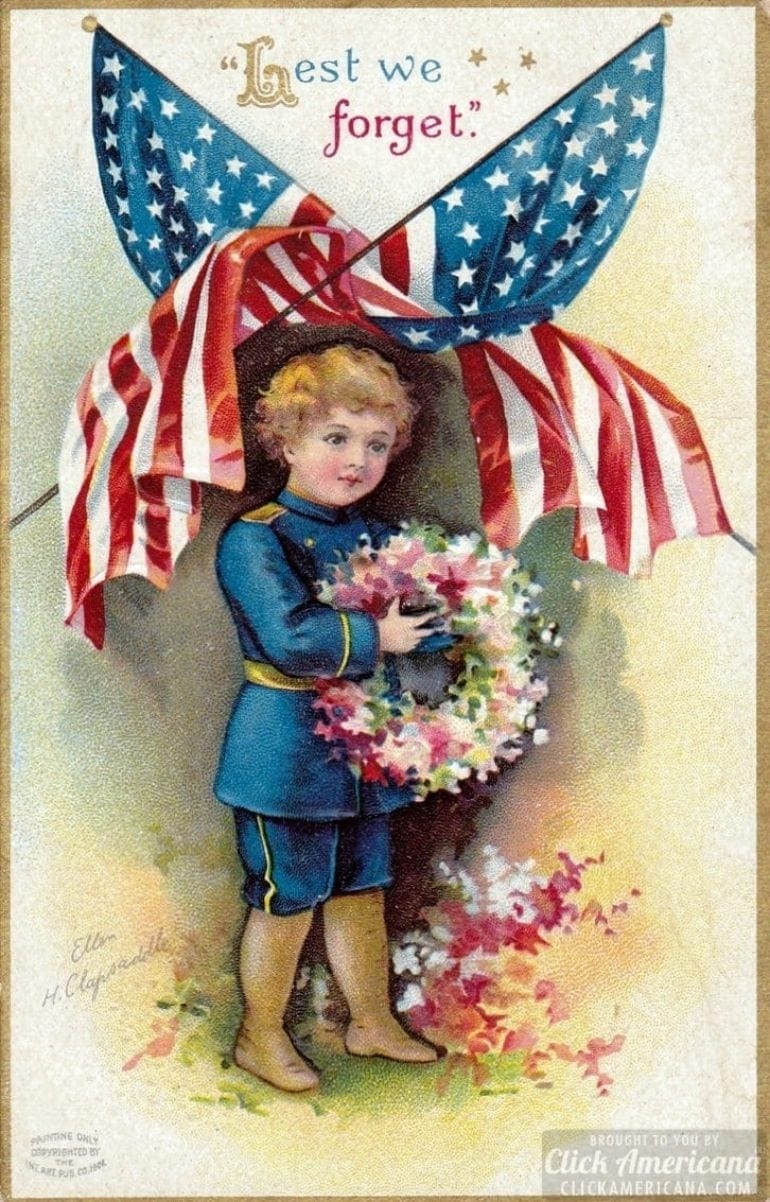 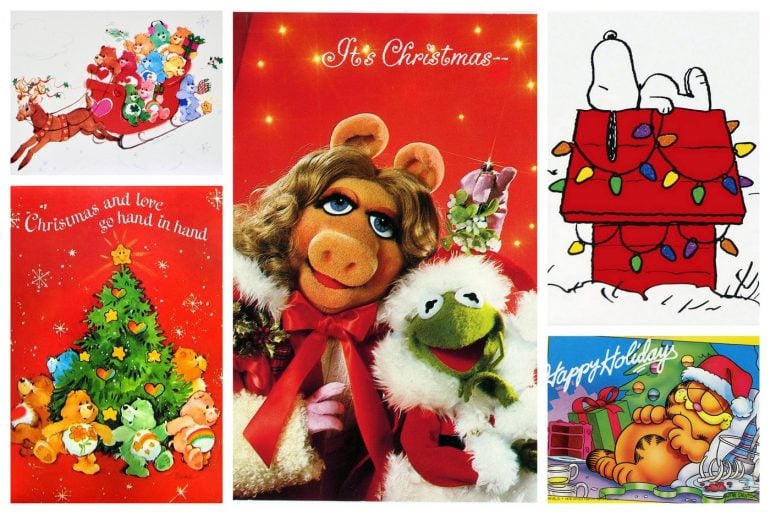 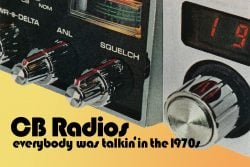 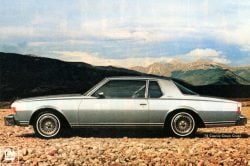