Delicious waffles are a work of art: 7 waffle recipes, plus tasty topping ideas (1914)

Waffles requires some care and time, but are sure to delight the guests at afternoon tea or other social function

Some charming hostesses have discovered the possibilities of the waffle iron as a means of social enjoyment and refection for their house or country club parties.

The possessor of an electric waffle iron, who has mastered the art of making a dainty, tender delicious waffle, may dispense these artistically-shaped pancakes to the delight of her guests, while they consume them pari passu as they are baked. For under no circumstance must a waffle be kept waiting, as it deteriorates in both flavor and texture by standing.

If you have never eaten a really, truly delectable waffle, there is one new and delightful sensation in store for you. If you had a Dutch grandmother, or hold in your possession the favorite gauffer (gaufrer) recipe of a French provincial dame, or if by chance you hail from Dixieland, you have your own chef-d’ouvre.

But if waffles are not a part of your family culinary history, you may make your choice from a long and varied list gathered from far and near.

The waffle probably had its origin in the chupattie or stonecake of the Hindus, an elementary preparation of flour for human food, which developed with the advance of civilization and culinary art through various stages until it has reached the forms of girdle or griddle cake which is similar to pancake, and the more epicurean and delicate waffle or gauffer. 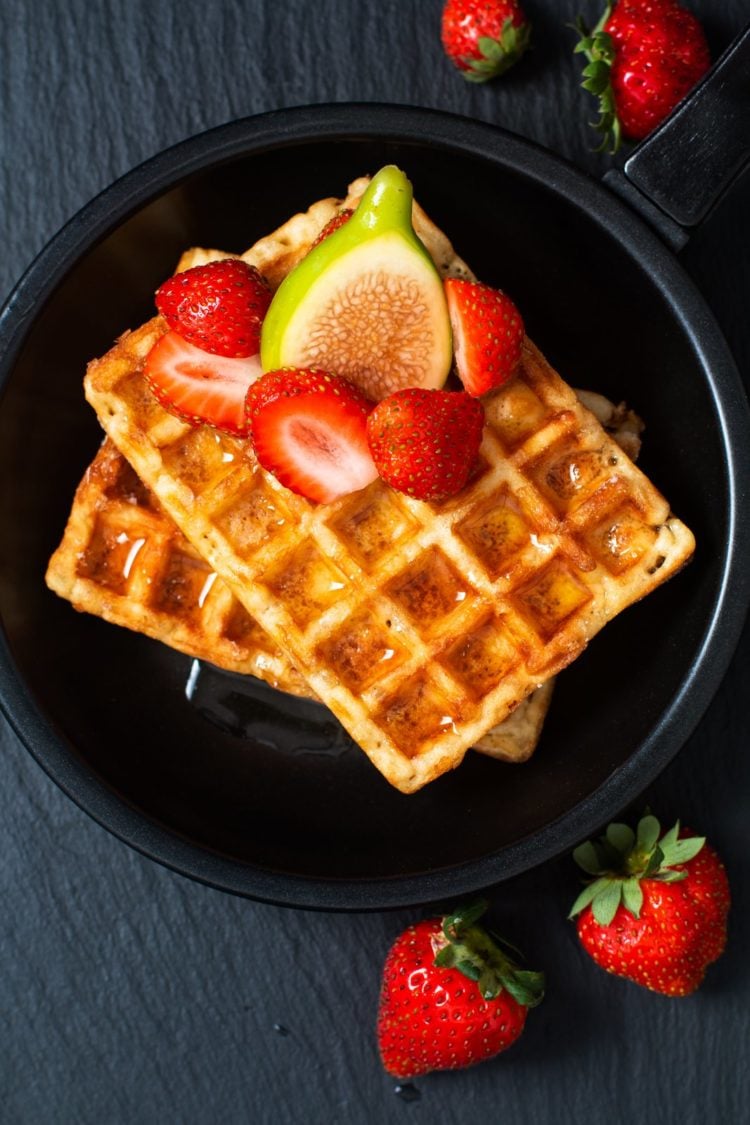 This is an approved beverage to serve at a waffle party. It may be served from bottles, or mulled, or old-fashioned cider cup, or as a syrup for the waffles. To make the syrup, allow a pint of granulated sugar to a quart of rather hard cider and boil until the consistency of maple syrup.

Other components for the waffles

Lemon, sugar and butter, are considered indispensable. If these are combined in lemon honey or lemon butter, which is spread over the waffle as soon as it comes from the iron, it will prove a daintier, quicker and more satisfactory way than adding them separately and running the risk of your waffle growing cold before being eaten.

The variations are numerous, but the important feature is to keep the batter fluid so it will easily run smoothly over the waffle iron. The rising of waffles may be effected by the addition of whipped white of egg or whipped cream to the batter as in fancy waffles and the French sweet gauffers.

These are but another form of the waffle, or gauffers. They are baked on small irons, marked with a fancy pattern but not honeycombed like the plain waffle iron. The same batter may be used, or their composition may be more that of an almond confection.

Scald three pints of milk in a double boiler and pour over it a tablespoonful each of butter, salt and sugar. When lukewarm, add half a compressed yeast cake and flour enough to make a thin batter — about a quart, sifted, then measured. Beat for about ten minutes, cover closely and sit in a warm place to rise for about two hours.

Separate three eggs; first add the beaten yolks. then, when quite light, stir the beaten whites into the batter. Let rise for about fifteen minutes. Beat lightly and pour into a pitcher with a good spout. and bake on the well-greased hot iron.

These are the plain waffles most generally served. The proportions of the ingredients are as follows: One and a half pints of sifted pastry flour, a teaspoonful of butter, two eggs, 1 level teaspoonful of salt, a pint of milk and two slightly rounded teaspoonfuls of baking powder sifted with the flour.

Take one cupful of boiled rice (plain) pressed through a sieve, one cupful of flour, half a teaspoon of salt, a tablespoonful of sugar, two scant teaspoonfuls of baking powder, two eggs, a heaping teaspoonful of butter and enough sweet milk to make a batter.

Rub butter and sugar together. Sift flour, salt and baking powder; add to sugar and butter. Then add the yolks of eggs and rice, and thin with the milk to the consistency of pancake batter.

Fold in the white of the egg beaten to a stiff froth. Have waffle irons hot and well-greased, and fill two-thirds full with batter; close and turn over when brown on underside.

Sift together two cups of flour, one cup of cornstarch and three teaspoonfuls of baking powder. Beat the yolks of four eggs very light, add one up milk and stir into the dry ingredients.

Beat to a smooth batter, and then stir in the beaten whites of the eggs, and, last of all, a teaspoonful of melted butter. A tablespoon of sugar may be added if desired.

Make a mush or one cultural of white soft cornmeal and a pint of boiling water, cooking it for twenty minutes. While hot, add a heaping tablespoonful butter, two tablespoonfuls of sugar and a teaspoonful of salt.

Beat thoroughly and add, alternately 2-1/2 cups of pastry flour, sifted with three slightly rounded teaspoonfuls of baking powder and half a pint of sweet milk. Then add two well-beaten eggs. If the batter does not spread quickly over the iron, add little more milk; or, when eggs are cheap, add one or two more eggs.

In the morning, add two tablespoonfuls of butter, melted. Stir in well and pour into a pitcher for convenient pouring. Cook in the usual way.

If you are an amateur or have a number to serve from one or two irons, do not attempt any but plainer forms. These, when properly compounded and baked are quite delicious enough to create good appetite with the eating and keep your iron hot for a considerable length of time.

Have a sufficient amount of batter made before you begin your baking. It will keep well in a cold place, unless you have a maid who is a waffle artist, to replenish the supply. 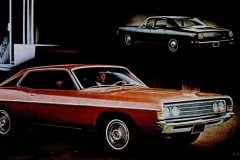 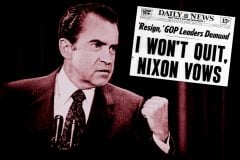 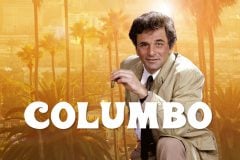 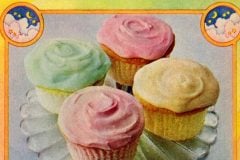 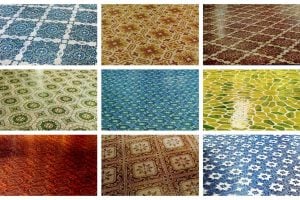 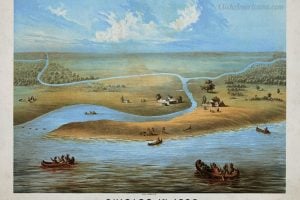 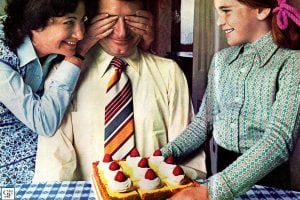 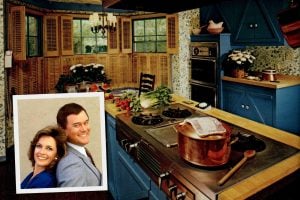 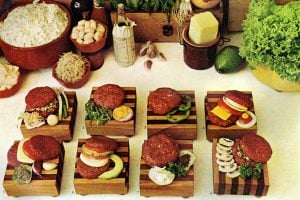 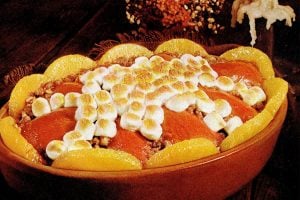 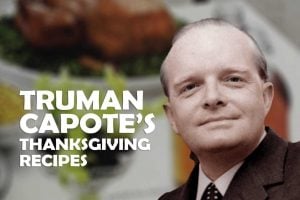 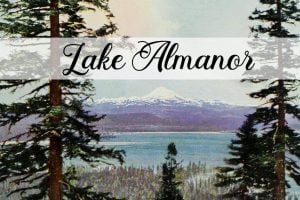 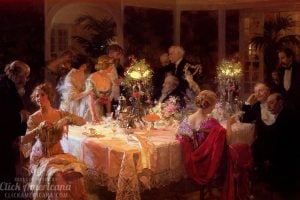 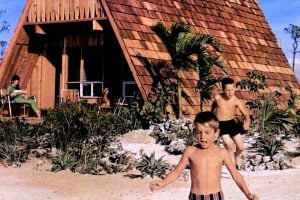 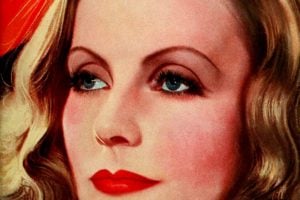