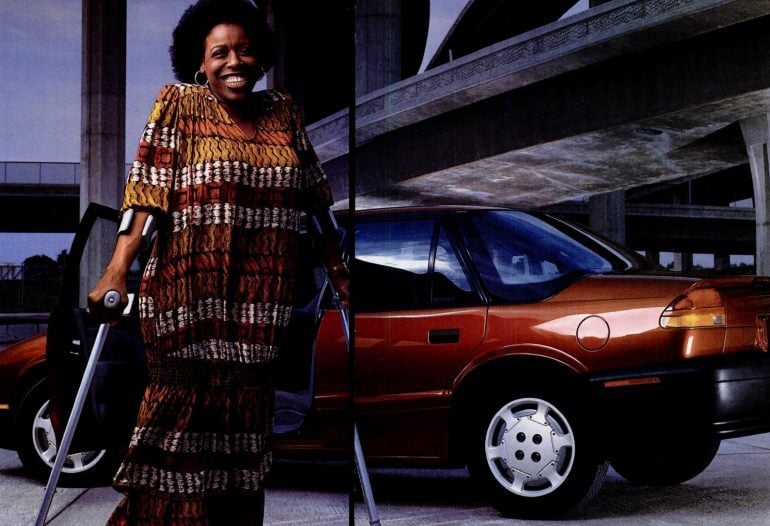 The Saturn car company was launched by GM, but the car’s design, manufacturing and sales were all handled separately. The very first Saturn rolled off the line in the summer of 1990 — a red 1991 Saturn SL2. The brand was well-received by the public, but eventually, the Saturn brand was one of many casualties of the recession, and they ultimately stopped production of the vehicles in 2009.

First-time car buyer Shelley Bridges got advice from her family, friends and coworkers, and couldn’t use any of it. (1993)

Having achieved the age of 24, Shelley decided it was time to stop driving the former family car. Out of college and into a job, she was feeling the new fullness of her bank account and wanted a car that was more her style.

But somehow, in all her years, she’d never been inside a car dealership. And she found out that lots of people had strong opinions on the subject.

Now it happens that the car Shelley had her eye on was a Saturn coupe. She had admired them around town and read positive reports about them. (She even liked the ads.)

So, her head full of warnings (and not exactly into shopping around), it was a shy, apprehensive Shelley who visited the Saturn showroom in her southern Maine town.

“Huh,” Shelley thought, as she drove out in her new coupe, surprised at how ”stress-free” it was to buy it. “What were they so worried about? That was almost — fun.” 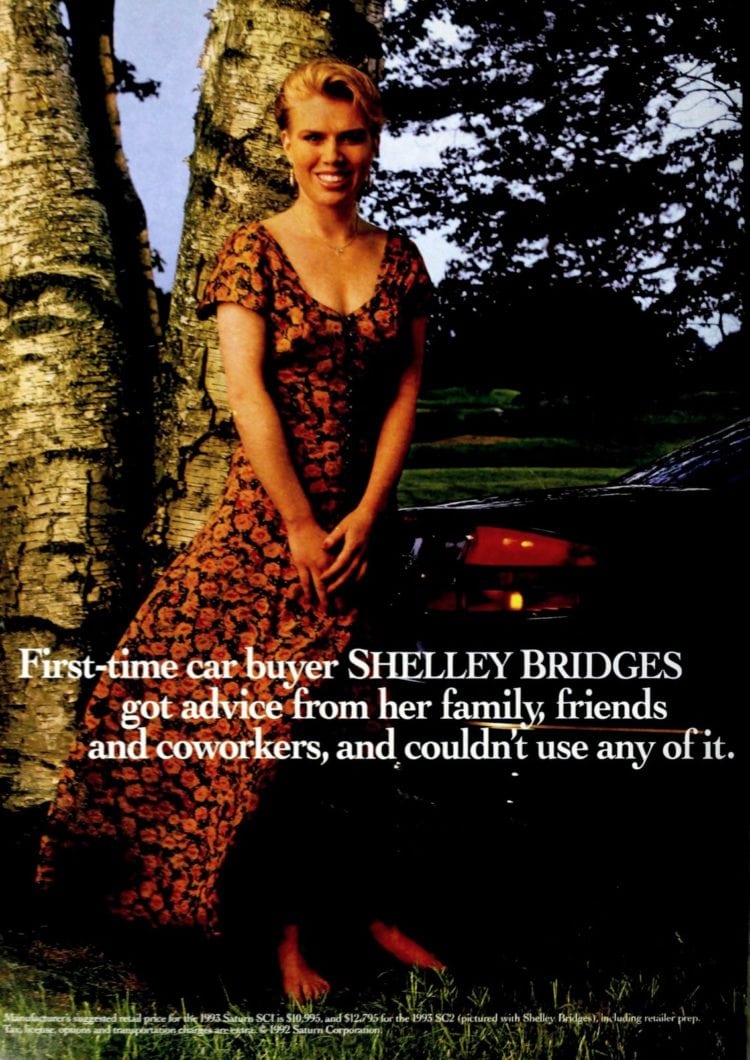 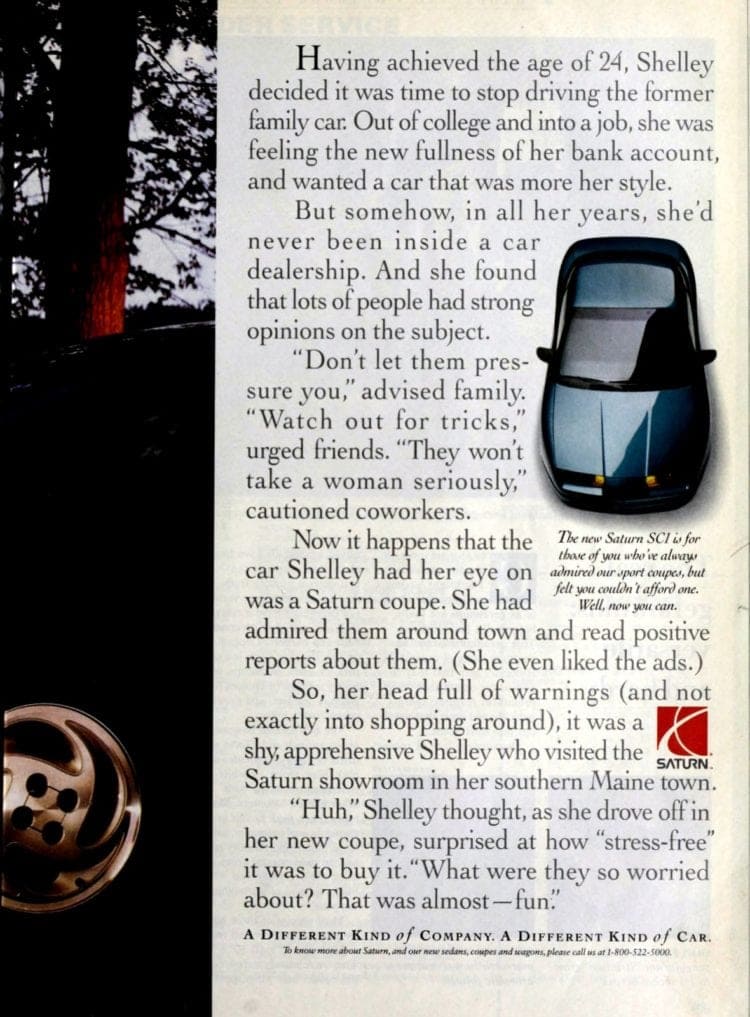 Cheryl Silas had a highway collision, was hit twice from behind, and then sold three cars for us. (1992)

A policeman at the accident, Officer Jimmie Boylan, thought, “She’s lucky to be alive.” Cheryl had just stepped out of her totaled Saturn coupe. Upon impact, her shoulder harness and lap belt held her tight as the spaceframe of her car absorbed most of the collision. He watched as Cheryl’s sport coupe and the other cars were towed away.

The following week, Cheryl made the return trip to Saturn of Albuquerque and ordered another SC, just like her first. And then we started noticing some rather unconventional “referrals.”

A Few days later, Officer Boylan came into the showroom and ordered a grey sedan for himself. Then a buddy of his, also a policeman, did the same. And shortly thereafter, Cheryl’s brother, more than a little happy that he still had a sister, and needing a new car himself, bought yet another Saturn in Illinois.

But the topper came when a very nice young woman walked into the showroom to test drive a sedan. She said she just wanted to know a little more ya about what our cars were like. Not that she was going to buy one right away, or anything. She’d just never seen a Saturn up close until she’d rear-ended one out on the highway several weeks earlier. 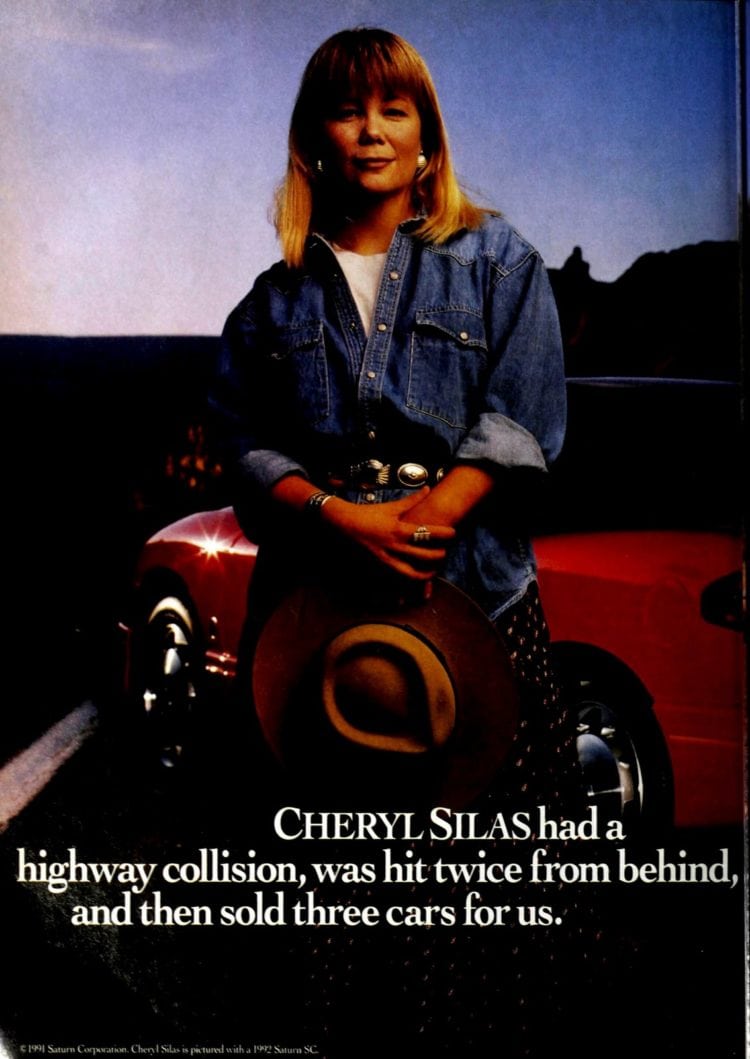 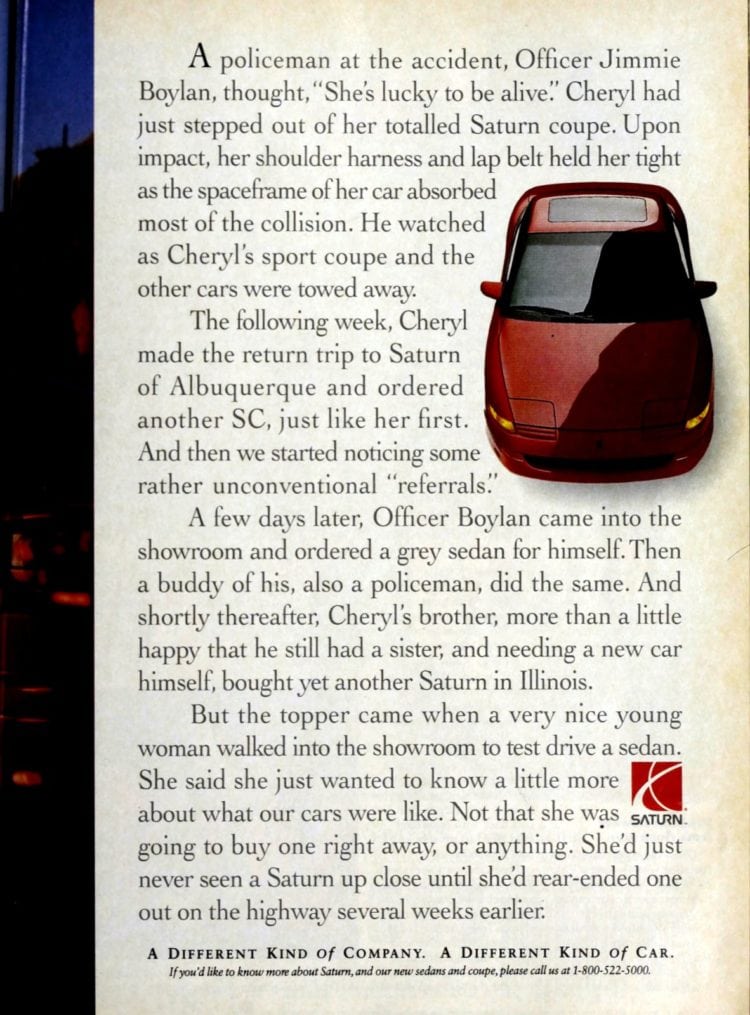 Personal trainer Victor Antunez found it was easy to pick up 2,360 pounds without any strain, pressure or sweat. (1994)

Victor’s pretty used to that sort of drill… 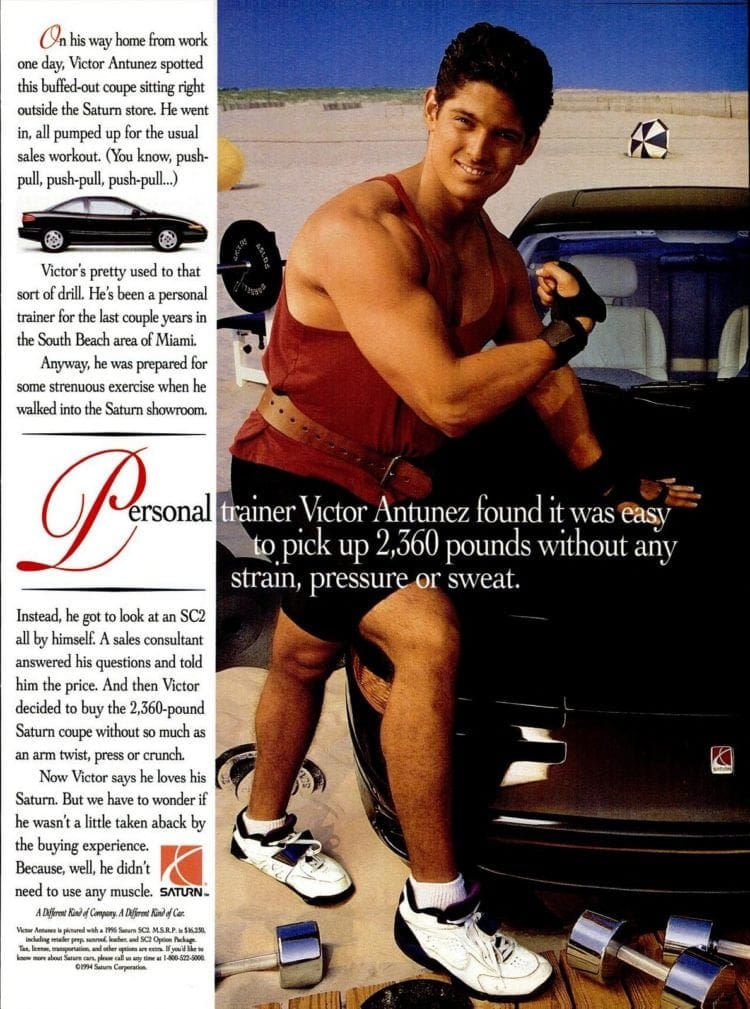 When you’ve tackled everything else life has thrown your way, a little traffic certainly isn’t going to stop you (1995)

If you spend your life studying physics, you learn complex and incredible things. Like why the earth spins around the sun. How airplanes fly. Or what makes hundreds of cars traveling at 55 mph stop every Friday afternoon at 5:15.

But a scientist like June Rooks (June is an operations research analyst for the military) doesn’t let life’s mysteries bog her down. She’s just, well, fascinated by them. (June has the kind of mind that never stops moving.)

So when it came time to buy a new car you’d expect June to make a very calculated study of it. Instead, June went to the auto show, where she saw a Saturn SL1. And it was love at first sight. An emotional, if unlikely, response from a keen analytical mind like June’s.

Later, at the Saturn retailer, June found the whole experience was so easy that she made a decision to buy right on the spot Impulsive behavior for a scientist of June’s stature. But you can’t spend your whole life in a laboratory. A lot of it (just ask June), you spend in traffic. And you might as well enjoy it. 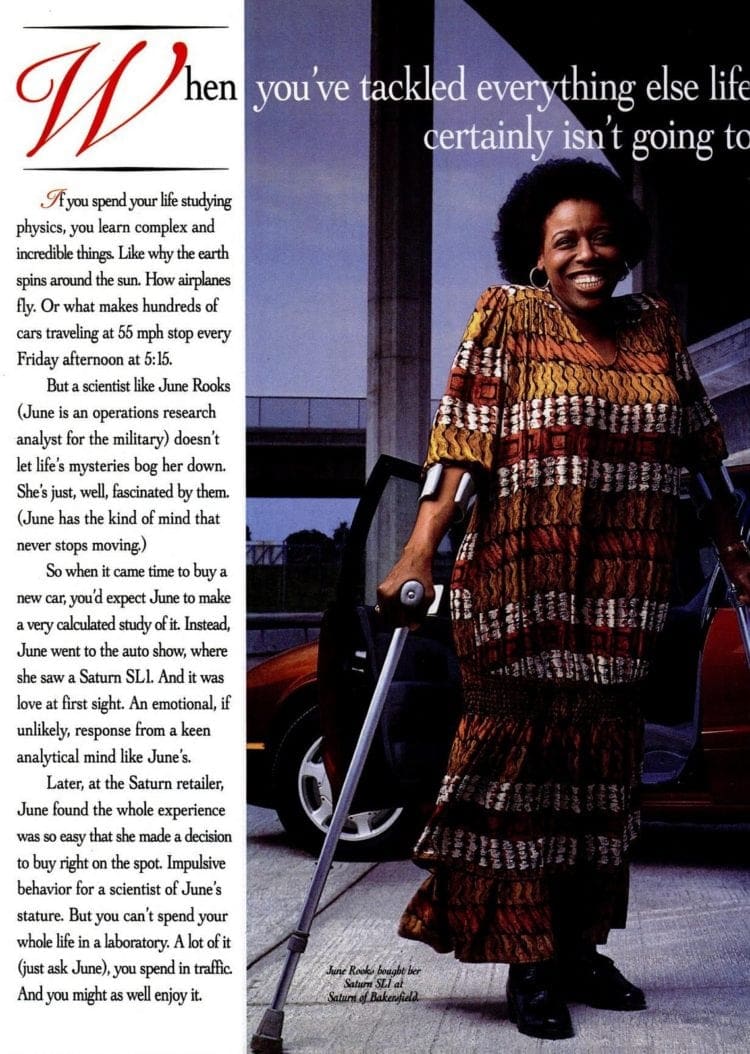 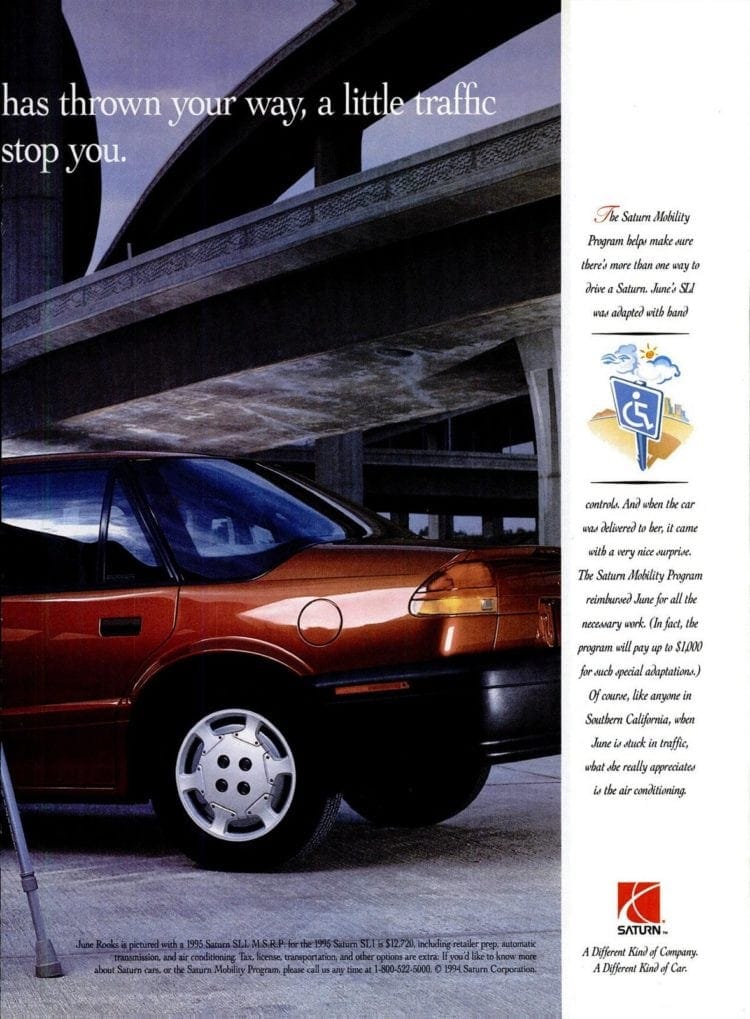 Last fall, model Helen Dailey was interested in what was coming out of Paris, Milan and Spring Hill (1995)

Helen is pictured in a red cocktail dress by Oleg Cassini of Milan, accessorized by a gold SC2 by Saturn of Spring Hill.

We’re flattered, to say the least. After all, as a professional model for over ten years, Helen’s appeared in ads, done runway work, and even teaches modeling at a Houston Barbizon school. Seeing so many styles come and go, she’s picky about what she’s seen in. And if it isn’t priced like some rhinestone-studded designer original, that’s all the better.

We’re pleased Helen chose the Saturn. And we think she’d be pleased our 1995 coupe has received a makeover that includes dual airbags, a more ergonomic dash, restyled front and rear fascias, even additional colors and fabrics Okay, some might call us slaves to fashion, even if we are from a little town in Tennessee. 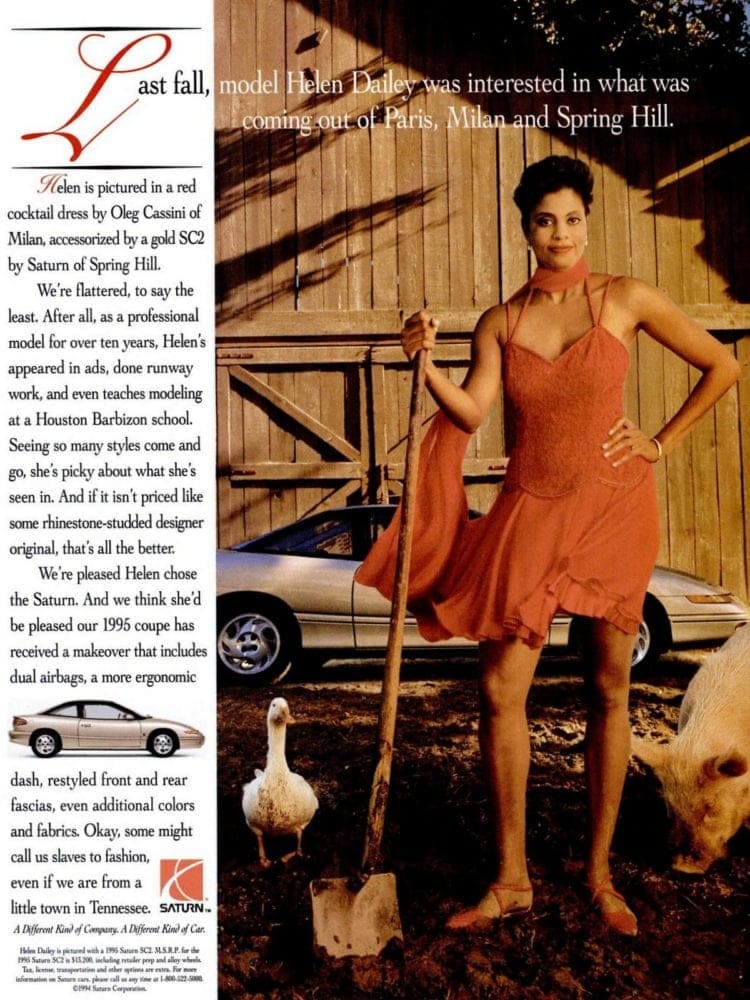 The cockpit of an F-16 and Anne Parker’s Saturn SC2 are so similar they both have an eject button (okay, so ours is on the tape player) (1995)

Ever since she was a little girl, Anne Parker has wanted to fly. She signed up for flight training just as soon as she could. Climbed into most everything that had wings Then she visited one of our retailers and test-piloted a Saturn SC2.

It must have been a successful sortie, because Anne bought the coupe and she’s been conducting low-level maneuvers ever since. You can’t compare it to pulling 9 g’s in a jet-“That would be silly, ” says Anne-but with its 124-horsepower, 16-valve dual-overhead-cam engine, well, it’s still quite a thrill.

Especially now. See, Anne’s not piloting planes anymore. A promotion has landed her behind a desk in San Antonio. A good job — air crew selection research. Then again, it’s not exactly the same as throttling up at 30,000 feet.

All the more reason why she likes her Saturn. From where she sits, the gauges are easy to read, the controls are well-placed and the AM/ FM stereo and cassette deck come through loud and clear.

Still, as Anne says, comparing a Saturn to a jet is a bit of a stretch. That supersonic number goes for about $25 million. The SC2? Well, you’ll see it’s considerably less. 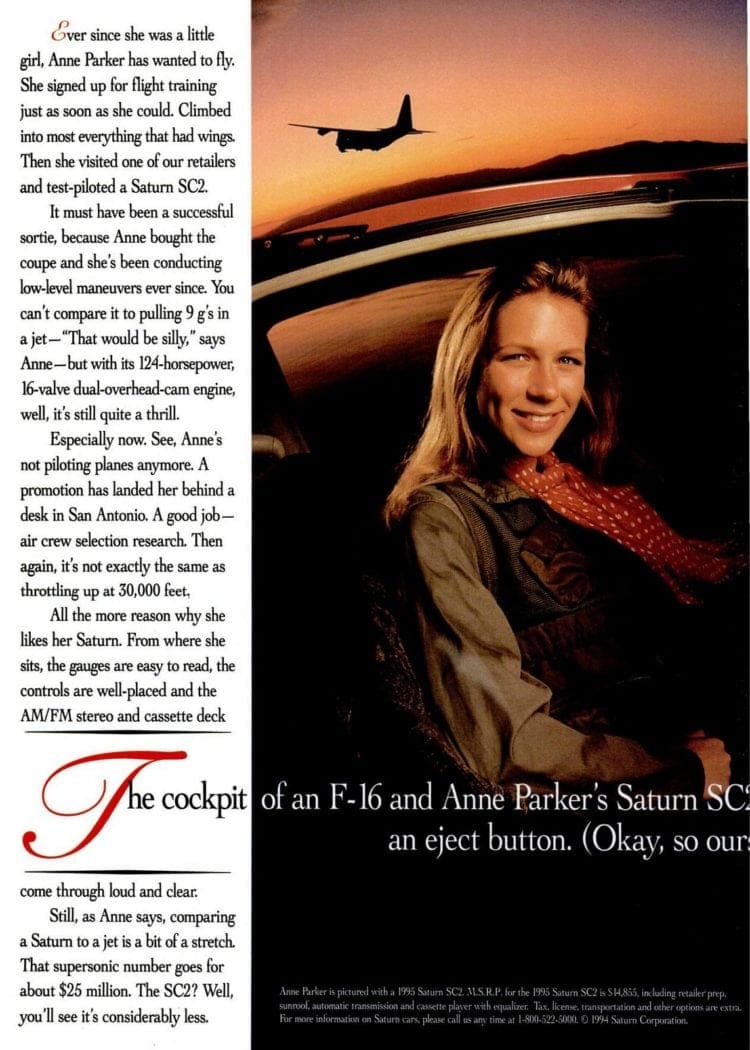 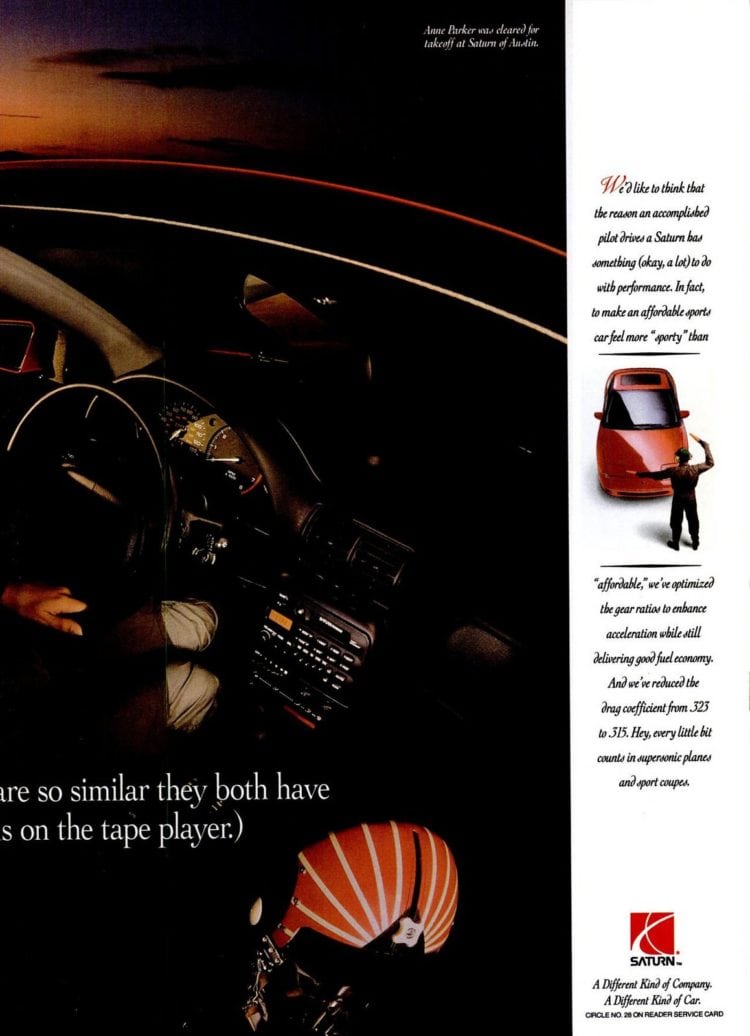 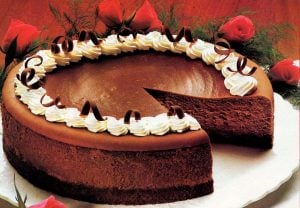 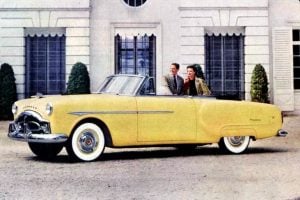 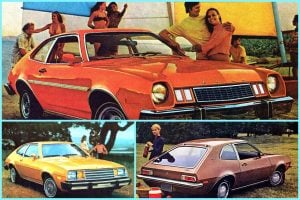