The most stylish hats of the season: The saucy tilt still apparent (1906) 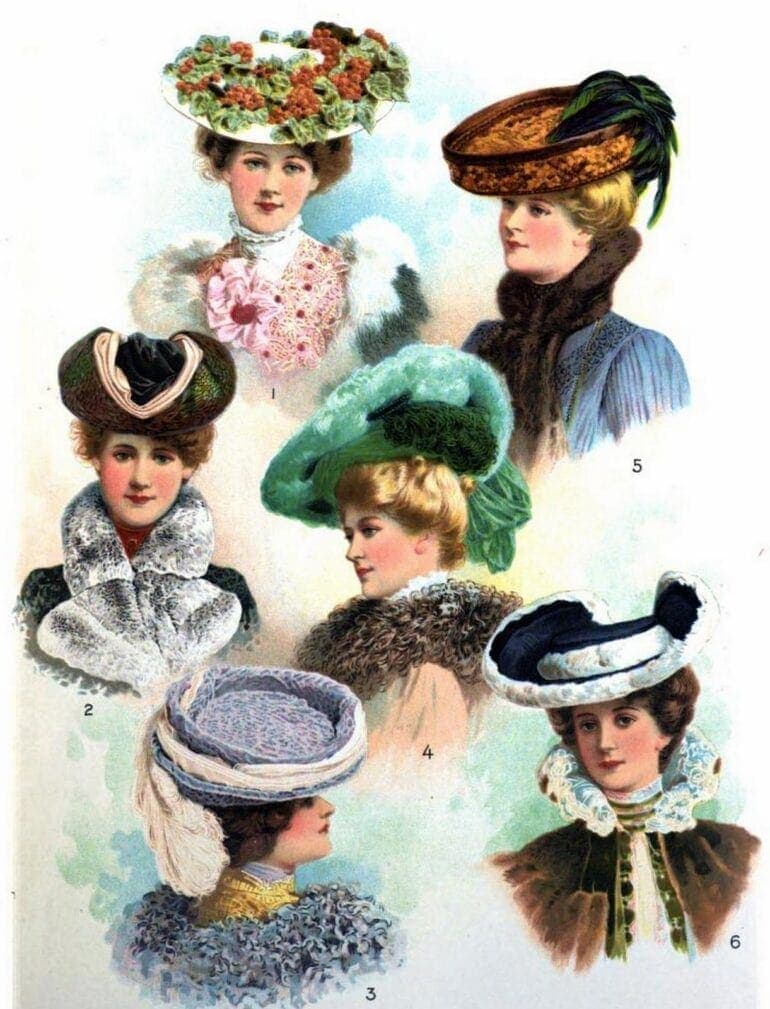 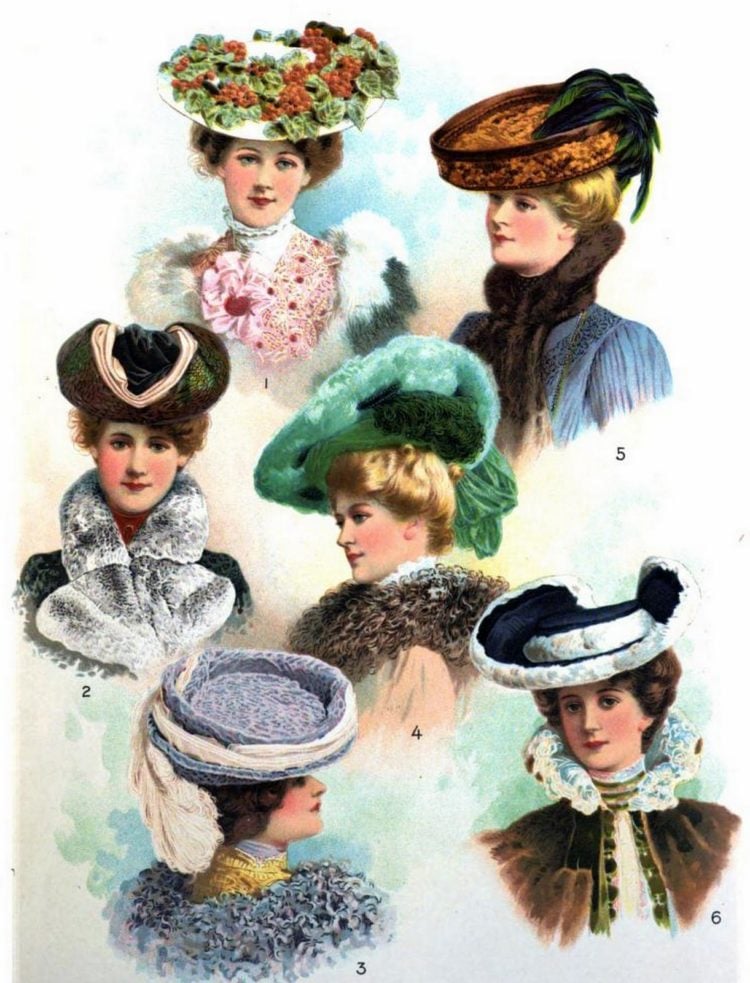 Hats of the season

Feminine fashions are about as uncertain a proposition as fortunes in Wall Street.

There is a distinct preference shown for hats of varied description with brims that assume a definite line or curve, and when these roll there is no compromise about it. Sometimes it is raised slightly on both sides as are many of the modifications of the English walking hat.

Again the brim turns up abruptly on the left side, where it is massed with trimming and again, the most trying style, when it curls in daring and saucy fashion directly over the center of the forehead. This is a matter of personal taste that must be governed according to its becoming qualifications.

Let the woman who possesses an upturned or retrousse nose be most discreet in her choice of a small hat with rolled center brim that is worn over her eyes, or her profile will not leave a pleasant memory.

Hats clapped on at rakish angles

The tipsy tilt that characterized winter millinery is even more emphasized with the coming of the tiny summer editions.

A hat to be smart must be worn over the eyes, and perched at just the proper slant on the head. To produce this striking effect demands a very ample bandeau, some of which are all of five and six inches long, and so curved as to extend along the sides and promote the proper tilt.

These bandeaux are massed with all sorts of garniture, put on most generously to make up for the deficiency in the size of the hat. And to this trick of elevating the hat in back and at the sides, many models owe their fetching charm and chic air. 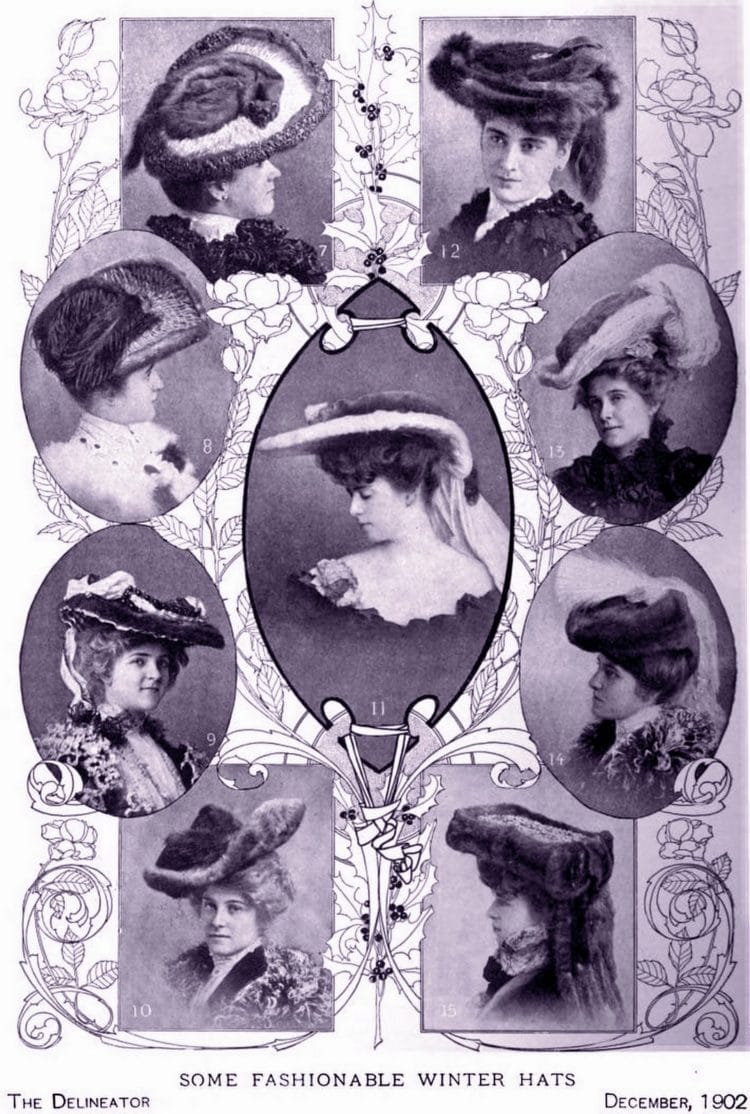 English sailors in the front row

These quaint little hats with high crowns and abbreviated brims that are sometimes short in front and a trifle wider in back will doubtless have a liberal following.

They are fashioned in a variety of materials, Japanese straw, chip Jedda and horsehair braids, lace and silk. They are trimmed on edge with bindings of velvet, silk and gold and silver braids. The crowns are swathed in soft silks, sometimes in two tones of the same color with a cluster of vari-colored flowers worn on the left side. Some pretentious models are draped with chiffon scarfs.

Or the hat may be trimmed of ribbon loops, made as full as a huge bunch of violets on top of the brim with a continuation of the same garniture under the brim in a succession of long loops that stand out boldly some six inches of the head in a horizontal or slightly slanting fashion.

Dome-shaped crowns are the very latest caprice observed on the most approved models, their graceful outline being rarely marred by embellishment, except perhaps, on one side. 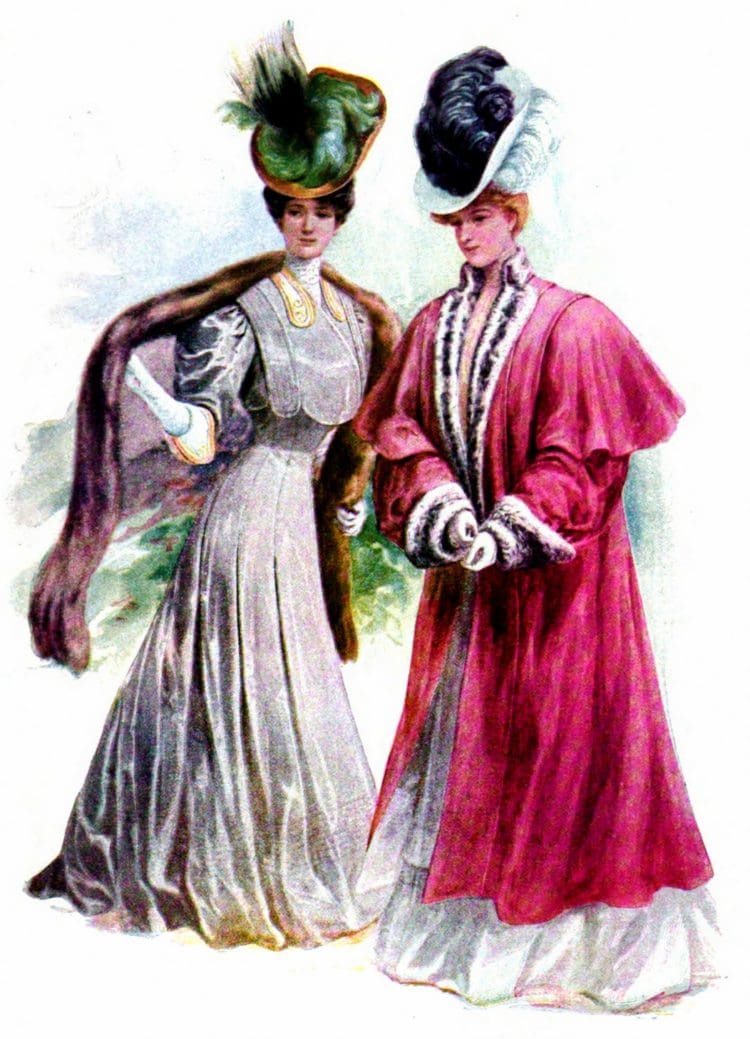 Some of the smartest hats, and the most expensive, too, have very simple decorations. Possibly a narrow band of velvet will encircle the crown, caught on the side with a cluster of exquisite flowers and a sweeping paradise plume. Many of the crowns, especially the tall ones, are draped with chine ribbons, velvets, soft silks and chiffon scarfs that terminate in ends on or near the shoulder. Ruching and plaitings of mailine and chiffon, even lace, are simple and effective.

Both delicate and vivid colors are mirrored among the flowers and foliage. Those of brilliant hue seem to shriek at the pale opalescent shades, especially when combined on the same hat as is a favorite caprice this season. Orchids are especially lovely and dear little moss rosebuds not always of nature’s own paintings are among the tempting and fanciful floral garnitures.

Lace enters conspicuously upon many of the more dressy hats, and is combined with excellent effect on chip or chiffon. 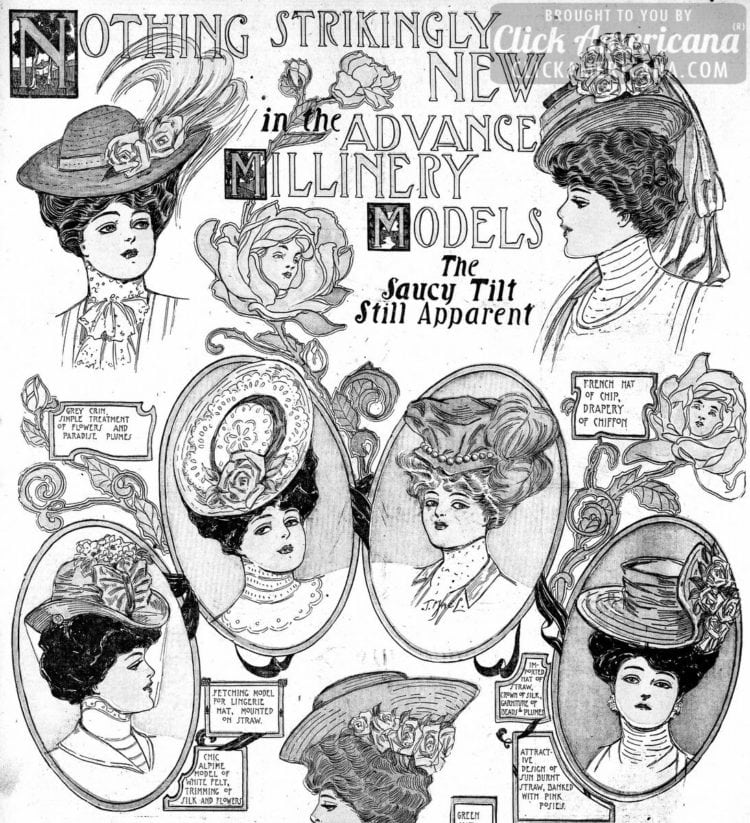 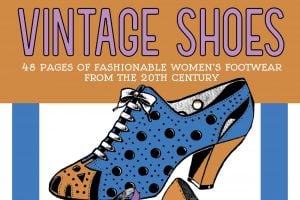 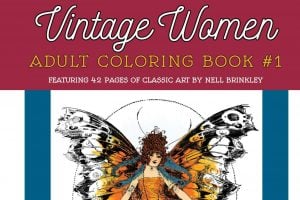 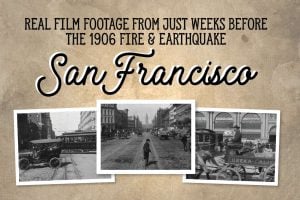