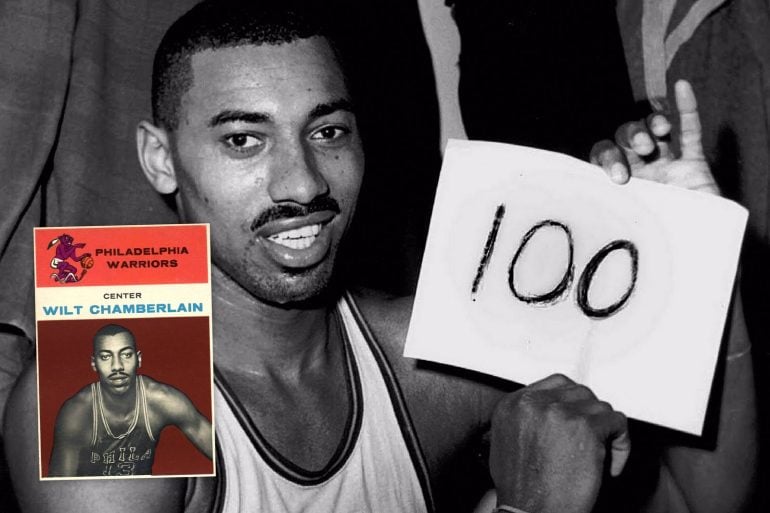 Facebook
Pinterest
Twitter
LinkedIn
Reddit
Email
Wilt Chamberlain’s 100-point game on March 2, 1962, and all his other NBA exploits are now the stuff of legend, so it’s hard to believe that the story about it amounted to nothing more than a quick recap about the Philadelphia Warriors, sent out over the wire for the sports page. But that was a different time for the NBA.

While today’s players make multi-million dollar salaries and play in front of upwards of 15,000 fans a night, “Wilt the Stilt” Chamberlain’s record-setting performance took place in front of a whopping total of 4,124 fans at the arena in Hershey, Pennsylvania — the Hershey of chocolate candy bar fame.

Just as seeing one of the top hoops stars play a game in a 4,000-seat arena in a small town is unthinkable today, so is the idea of anyone scoring 100 points in an NBA game. In fact, the closest anyone came in the 50-plus years since was the late Kobe Bryant, scoring 81 for the Lakers in a 122-104 win over the Toronto Raptors in 2006.

Yes, the NBA was a different league with different players and different rules, but to put Chamberlain’s scoring prowess in perspective, it’s worth noting he still holds the NBA single-season scoring record with 4,029 points in the 1961-62 season.- AJW 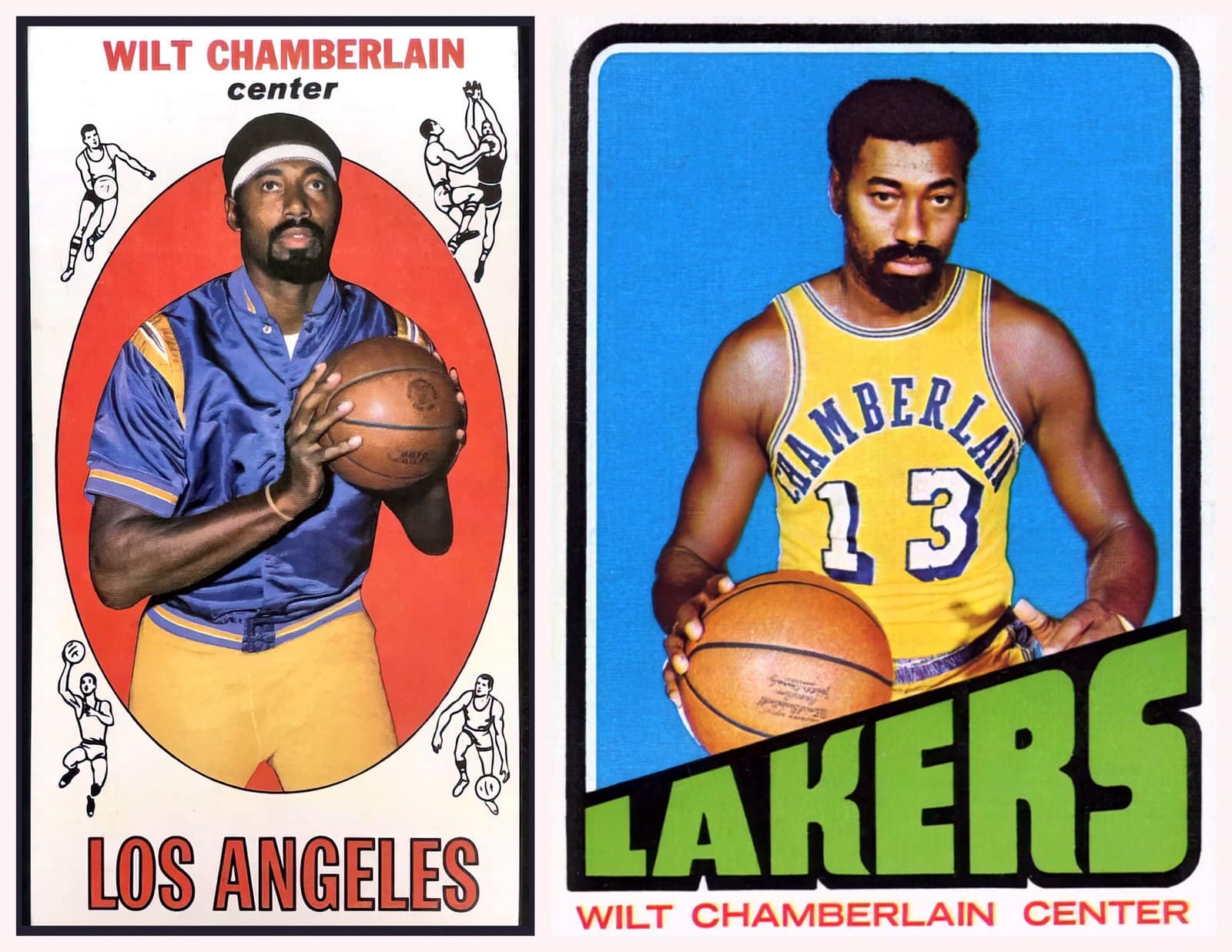 Chamberlain’s mark, eclipsing his own record of 78, came Friday night as the Warriors defeated the New York Knickerbockers, 169-147.

The total points scored, 316, also set an NBA record in a night just made for rewriting the NBA record columns. The previous high was 312 scored by Boston (173) and Minneapolis (139).

When Chamberlain scored the 78 earlier this year, in a triple overtime against Los Angeles, Coach Frank McGuire predicted “someday he will hit 100.”

The 7-foot-1 giant lived up to the prophecy as he scored 36 field goals, and 28 of 32 foul shots, both NBA records. He also scored 31 points in the final quarter, and scored 59 points in the second half, both records.

“I wasn’t even thinking of hitting a 100, but after putting in nine straight free throws, I was thinking about a foul shooting record,” he said. “It was my greatest game,” he added.

McGuire agreed. “It has to be the greatest game of his career.”

Chamberlain scored again and again on his fallaway shot as the excited crowd of 4,124 shrieked “Give it to Wilt, give it to Wilt.” His teammates complied.

“The team made all the difference. It would have been impossible to score this many if they hadn’t kept feeding me,” said Chamberlain.

When he hit 100 on a dunk shot with 46 seconds left, the fans streamed out onto the court to mob him. The game was held up until the floor was cleared.

Chamberlain, approaching a 4,000-point season, has scored 3,865 points this season and has four games to go. He has scored an average of 50.8 points for the 76 games.

ALSO SEE: Basketball history: When the ABA & NBA merged in 1976 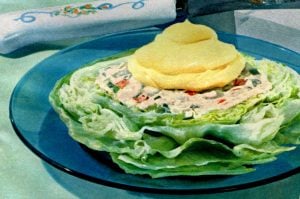 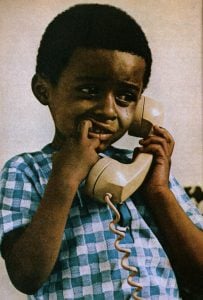 Before 911 existed, you could just dial 0 for the operator to get help