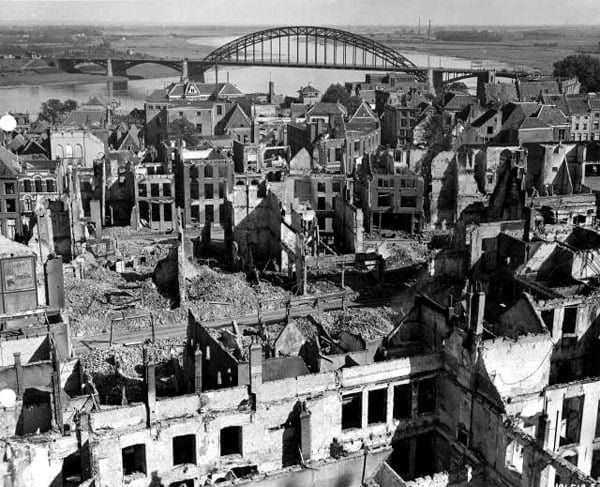 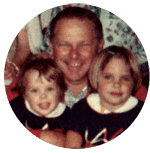 Below is part of a biography written by my grandfather, discussing some of the time he spent in Europe during WWII.

Captain Chet Graham was assigned to be the Commanding Officer of Headquarters Company, 2nd Battalion of the 508th Parachute Infantry Regiment. He remained in that position until August 1944, when he became the Regimental Liaison Officer between the 508th and the 82nd Division Headquarters.

This segment of the bio recounts his role in Operation Market Garden in Nijmegen, Holland. (And while this bit of history was being made, there was another major development happening stateside: His first daughter — my mother — was born the very same week.) – NJP

The original plan for September 17, 1944, was to use US and UK Airborne Divisions for a daylight parachute drop into Holland. The goal in Nijmegen, as in the other flashpoints of Operation Market Garden, was to capture key bridges and prevent them from being demolished by the Germans, which would make it much more difficult for an Allied advance.

While Market Garden was not considered to be successful overall, the fierce fighting that raged on the Waal River to capture and preserve the bridge at Nijmegen was a bright spot in what was otherwise an unfortunate tactical failure in the Allies’ bid to end the war by Christmas, 1944. This mission was also memorialized in the 1977 Richard Attenborough movie, A Bridge Too Far. – AJW

Nijmegen, Holland: A Bridge Too Far

During the Holland operation, I was the liaison officer between the 508th and the 82nd Division Headquarters. I first became the Regimental Liaison Officer after we returned to Nottingham from the Normandy operation.

This assignment as Regimental Liaison Officer was a most enjoyable and interesting duty. I spent the nights with the Division, and each morning, I picked up reports and left in my jeep with my driver for Regimental Headquarters to pass the reports to the Regimental staff.

While at Division, I visited with various staff members and helped out in the G3 Section, and at the end of the day I returned to Regimental Headquarters with reports from Division. I saw places I would never have seen if I just stayed in the regimental area, and I met some very interesting people at the higher echelon. I knew all of the division staff and the other regimental commanders, and was included in the planning of operations and briefings. I was ‘bigoted.’ [This is a WWII military term for being read into/briefed on missions.] 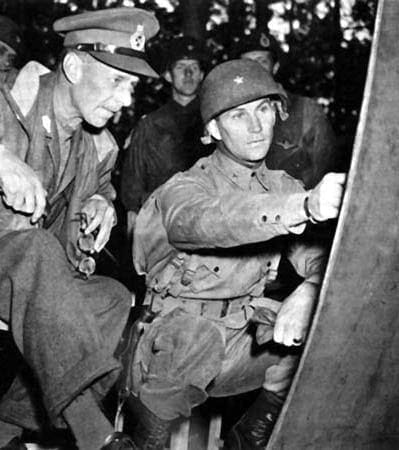 Prior to the Holland jump, I sat in a high-level briefing at division headquarters. Colonel Lindquist was told by General Gavin to move to the Nijmegen Bridge as soon as Lindquist thought practical after the jump. Gavin stressed that speed was important. He was also told to stay out of the city and to avoid city streets. He told Lindquist to use the west farm area to get to the bridge as quickly as possible, as the bridge was the key to the division’s contribution to the success of the operation.

After we were dropped in Holland, I went to the 508th Regimental CP and asked Colonel Lindquist when he planned to send the 3rd Battalion to the bridge. His answer was, “As soon as the DZ (drop zone) is cleared and secured. Tell General Gavin that.” So I went cross-country through Indian country [slang military term for enemy territory] to the Division CP and relayed Lindquist’s message to Gavin.

I never saw Gavin so mad. As he climbed into his jeep, he told me to, “Come with me — let’s get him moving.”

On arriving at the 508th Regimental CP, Gavin told Lindquist, “I told you to move with speed.”

“The Germans are coming”

After landing and reporting to Colonel Lindquist, I went from the 508th to the 82nd CP with a radio operator and a guard, and I arrived at the road from Groesbeek to Nijmegen. A farmer greeted us and advised us to hide in a nearby ditch along the highway, saying, “The Germans are coming.” So we watched from our hiding place as the Hollander waved at a convoy loaded with Germans with one hand, as he poured brandy for us with the other. After the convoy passed, the Dutchman said, “I have waited five years for this day.”

When I reported to the G3, Colonel John Norton, he asked me about my trip and if I had seen any Germans. I replied that I had seen none other than the convoy. He had heard of some Germans in the area. That night, a troop train of six or seven passenger cars passed through the Division CP, and General Gavin was furious. It didn’t happen again.

At one point in Holland after the fighting tapered off, the regiment was on “the island” between Nijmegen and Arnhem and was attached to the British. At first, the 50th Division was there and was later replaced by the 43rd Division. I stayed with whichever division was there. I found out that the British wanted some American coffee and that the 508th wanted a large British tent for Colonel Lindquist, so we traded six cases of coffee for the one tent. The 43rd had a rugby team, and scheduled games with other British units. I played six games with them — four miles from the German front line. Such is life!

I had a room in the division headquarters building complete with a parachute for cover. A British soldier woke me up in the morning with a cup of tea. When that division moved on, so did the parachute. One day the division operations officer asked me if I wanted to see the attack on the Germans that was about to take place, so, we climbed into our jeep and fell in with a convoy on the highway. Our jeep driver began cussing and told us to hang on as he turned and swerved out of the convoy. We were in a German convoy!

We drove around for a while but saw no action, so we stopped at a square that looked quiet and peaceful and ordered beers at a café. Then several Tommies came across the square and told us to get out of there because we were in between the British troops and the Germans. (The Tommies were a British patrol.) We left in a hurry!

The regiment was situated west of the Arnhem/Nijmegen road, where there were apple and cherry trees near the brick factory. One of the joys during this period was to fire on the Germans who had to go to the bathroom. 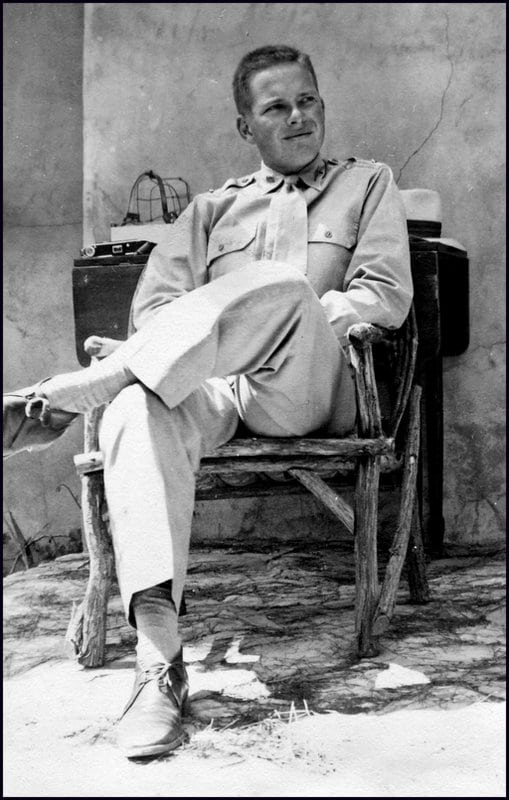 In Holland, while at Division Headquarters one day, I was told by the Division G3 of the proposed crossing of the Waal River by the 504th Parachute Infantry Regiment. The Nijmegen Bridge was heavily defended by the Germans, and the Division Commander, General James Gavin, found it necessary to send a force of men across the river to outflank the enemy to expedite the capture of the bridge.

My driver and I went to the electric generator plant, parked the vehicle and found a suitable spot from which to watch the crossing.

The crossing took place in broad daylight midafternoon on September 20, 1944, in 26 flimsy, collapsible, canvas assault boats (some with no oars) which were furnished by the British. Promised air support to bomb the fort occupied by the Germans on the other side of the river did not materialize. The men were carrying the assault boats with one hand while carrying their weapons and other gear in the other hand.

As they approached the riverbank, the Germans then realized what was happening, and began laying down a heavy volume of deadly fire all across their front. There were many casualties. The men showed great courage in view of such overwhelming and disadvantageous odds. Some men had fallen out of their boats and could be seen swimming in the river, while others were lost in the river or were being dragged ashore by rescuers. The crossing was not private. Just about every Brit and American officer not on duty elsewhere was there.

General Gavin, of course, was there, and was very emotional during the crossing.

Bridge photo at top: Bombed-out Nijmegen and the Waal Bridge. (The street that leads to the Waal Bridge in Nijmegen was later renamed to “General James Gavin Street.”) Photo 2: General Dempsey (left) and General Gavin discussing strategy during Operation Market Garden. Photo 3: Chet Graham in California, c1942. Top photo (circle): Chester Graham with his two granddaughters, c1971… your editor is on the left. 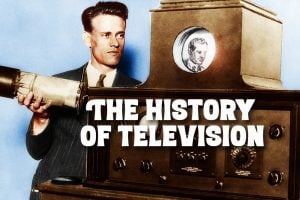 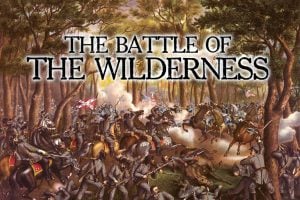 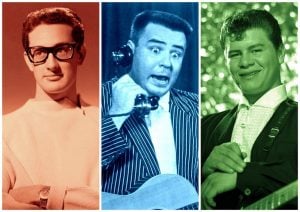